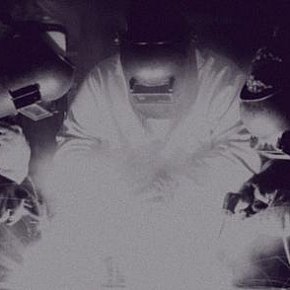 The Auckland-based three-piece instrumental outfit Kerretta have taken a big step up with their atmospheric, intelligently programmed second album Saansilo and -- although their debut album Vilayer was nominated for the Taite Music Prize in 2010 -- they are probably winning more acclaim in the States and Europe than on home territory. They played the South x Southwest Festival in Austin last... > Read more 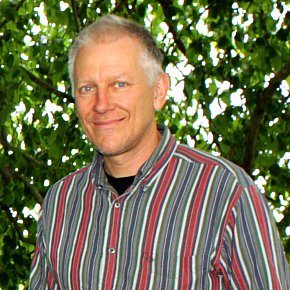 Standing next to Flying Nun founder one night at the Gluepot in about 1990 and the Bats are playing. The place is packed and jumping to the band's melodic guitar jangle where one song merges into another -- frankly every now and again I thought "didn't they play that earlier?" -- when Shepherd turns to me and says, "this is why I started the label". There is a smile... > Read more 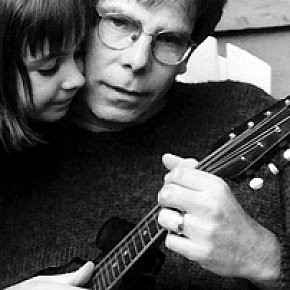 Jeff Kelly from Seattle has made some of the most eerily beautiful and economic psychedelic pop-rock with his long-running band Green Pajamas although his reputation travels below the radar and usually by word of mouth between loyal fans. Kelly/Green Pajamas have released a couple of dozen albums since 1984 (which includes the handsome box set of home recordings Melancholy Sun), and Kelly... > Read more

Dark Water (in the Wires) 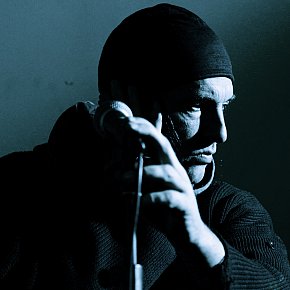 Andrew Fagan's first band was called Ambitious Vegetables, but that was in the period which rock historians refer to as "a very long time ago". Everyone is allowed silliness when they are still at school. But Fagan was made for better things and some of AVeggies formed the Mockers, one of the great pop-rock bands of New Zealand in the Eighties which -- propelled by Fagan's... > Read more 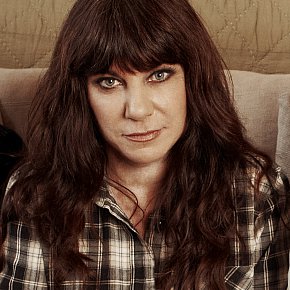 Sharon Finn has a successful life outside music (her own chandelier and decorative fittings company Sharondelier) but when the kids left home and she and her husband found they had time on their hands and a house full of musical instruments . . . The surprise about Sharon Finn isn't that she has late in life found herself in a band (Pajama Club) but that she didn't get there sooner. After... > Read more 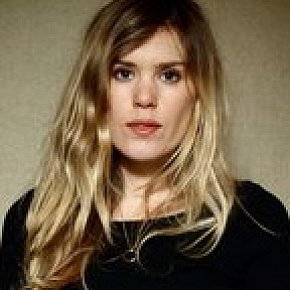 Wellington-based singer-songwriter Jess Chambers and been around and seen around in her short life. Born in Dunedin, growing up in the US, back to New Zealand at 12, settling in the capitol eight years ago . . . And along the way making diverse music: Wistful alt.country in a hushed voice; working with electronica artists like Module and Rhian Sheehan; the debut album Jess Chambers and... > Read more 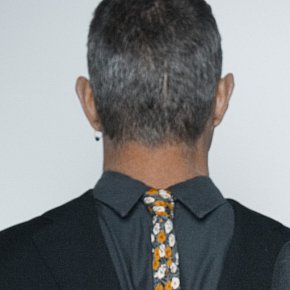 Bassist David Donaldson has had a very long career in New Zealand music dating right back to the first albums on the Braille label out of Wellington in the early Eighties. Donaldson appeared in the bands Primitive Art Group, Six Volts, the Brainchilds and others -- but, with Steve Roche, has also been in Thrashing Marlin who have, with Donkey Deep, now released four albums. Donaldson and... > Read more 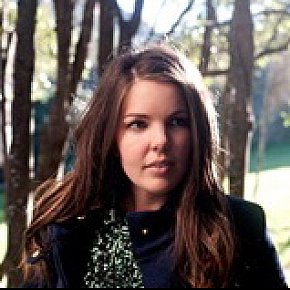 Singer-songwriter Mel Parson's debut album Over My Shoulder from 2009 was nominated for a Tui in the New Zealand Music Awards. It had critics noting her lyrical strengths and songs which could stand alongside the best coming out of Nashville, but which also sounded distinctively Kiwi (perhaps because as Elsewhere noted, she doesn't disguise her accent). Parsons is clearly on her way -- the... > Read more 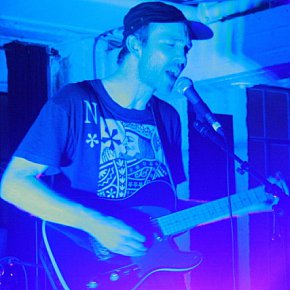 New Zealand singer-songwriter Simon Comber seems to have a confident mainline into those places where few others venture: insecurity articulated in small details, astutely observed slice-of-life images which suggest more than they say, and an honesty which is soul-baring and yet guarded at the same time. He really is someone special and although Elsewhere missed his debut album (Pre-Pill... > Read more

Young and in Love 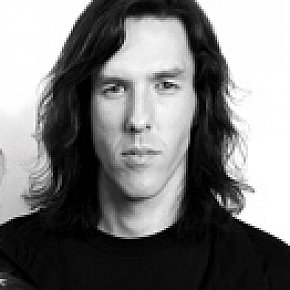 THE FAMOUS ELSEWHERE QUESTIONNAIRE: Tim Browning of the Shake Up

Tim Browning of the Sydney rock trio is a busy guy. He not only plays drums but handles the press and tour bookings for the band which last year released its debut album . . . if you have no shame to glowing reviews and radio play back home. Full of rocking pop hooks and bristling with post-punk politicised energy -- and produced Detriot's Jim Diamond (White Stripes, Dirtbombs) -- the album... > Read more 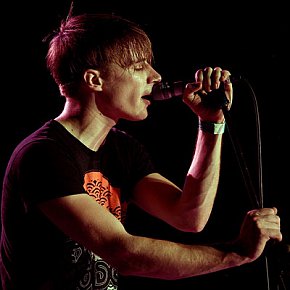 New Zealand's Cut Off Your Hands crashed into the public consciousness with their debut album You and I in '08 after building a strong live following, then they did what so many Kiwi bands do. They moved to London. And unfortunately, as so many Kiwi bands discover, that is a bigger and tougher market with a natural scepticism about bands from the former colonies which aren't Australia or... > Read more 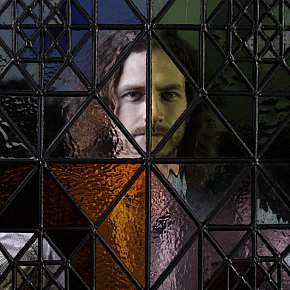 With his third album Making Mirrors, Belgian-Australian singer-producer and multi-instrumentalist Gotye -- Wally De Backer -- rode the wave of approval in his home country. The album topped the charts on release at the same time as he held to top spot on the singles chart with the exceptional Somebody That I Used to Know, which featured Kiwi expat vocalist Kimbra. That song -- likened in... > Read more 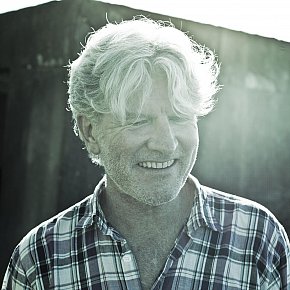 Tim Finn's remarkable career (outlined here) now reaches to nine solo albums with the release of The View is Worth the Climb. Add in all the Split Enz years, the Crowded House/Finn albums and other work with brother Neil, soundtrack contributions, ALT and guest appearances . . . It is quite something to reflect on, although you suspect he is too busy moving on to do much of that . . .... > Read more

All This and More 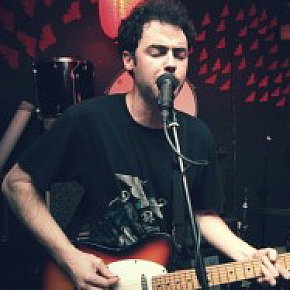 Thom Burton is the mainman in the Auckland-based band Wilberforces (clearly he grew with Under the Mountain) and their stark, bristly sound is captured on their second album Vipassana (named for the meditation technique I guess, although a more meloow Barton wouldn't make much sense). He takes time out to answer the Famous Elsewhere Questionnaire and clearly there is as much wit as rage in... > Read more 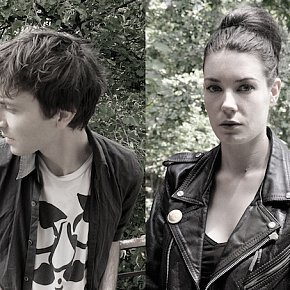 Punches is the nom de disque of James Duncan and Kelly Sherrod who have conducted a long distance recording session for their extraordinary album Etheria (reviewed here). Over the course of recording she was in Nashville and he was in Auckland . . . and their joint reply to the Famous Elsewhere Questionnaire comes from James in Berlin where he is currently living. And it arrives with an... > Read more 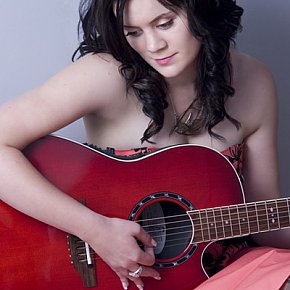 Singer-songwriter Katie Thompson doesn't let the remoteness of her hometown on New Zealand's West Coast prevent her from engaging with an international audience. And she reaches out in many ways, not the least by getting on to Sellaband in which fans can donate money towards the recording of an album. And they did, to the tune of US$50,000. That's a lot of money from people who want to hear... > Read more 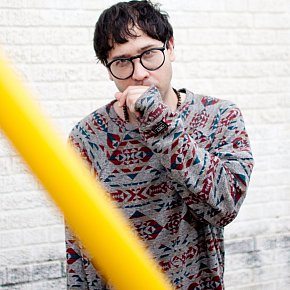 Guitarist/singer/songwriter Ruban Nielson was formerly a member of New Zealand's much acclaimed Mint Chicks but went on his own path, returned to live in Portland, Oregon after the band had been there, and is now part of the three-piece Unknown Mortal Orchestra whose self-titled debut (in a striking cover, see below) shows just how far he has moved from the sound and style of the Mint Chicks.... > Read more 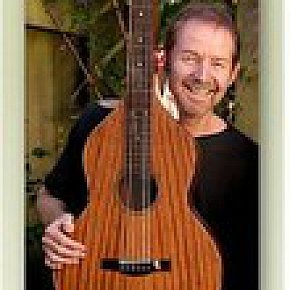 Wellington's Paddy Burgin is a wonder with wood. He can make it speak and sing. Burgin fashions it into guitars, some of which he plays in his band Paddy Burgin and the Wooden Box Band whose album My Sweet Town of 2009 was reviewed favourably at Elsewhere here for its intelligent music and literate lyrics. Their most recent album is Gentle Landings and takes the form of emotional and... > Read more 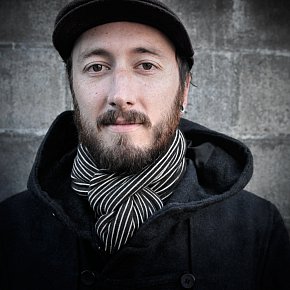 Dave Baxter, who is Avalanche City, has one of those ground-up stories: he was in the rowdy band The Chase but wanted to write something more folksy and rootsy; recorded his debut abum Our New Life Above Ground himself in modest circumstances; released it over the internet for free download; the single Love Love Love (and album) took off; Warner Music picked it up and had to rush (re)release it... > Read more 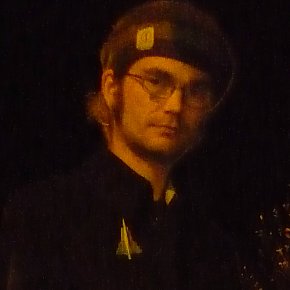 Auckland singer-songwriter Sam Prebble -- who performs under moniker Bond Street Bridge (the actual bridge just around the corner from me, so he's one of my "homies") -- is a longtime Elsewhere favourite. His intelligent lyrics, understated delivery and sense of the melodic was all over his wonderful debut album The Mapmaker's Art, a Best of Elsewhere 2008 album. He's a smart... > Read more