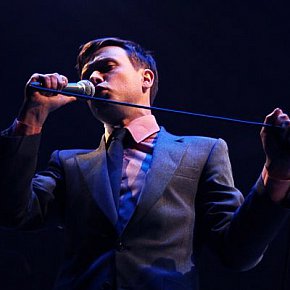 Anthonie Tonnon -- aka Tono -- is behind and out from of the highly regarded, wryly observational band Tono and the Finance Company. Originally from Dunedin and a )possibly temporary) Auckland resident, Tono looks at life with a jaundiced eye and yer his songs offer comfort and hope at the same time. Their debut EP Fragile Things alerted people to a major writing talent (and crafty song... > Read more 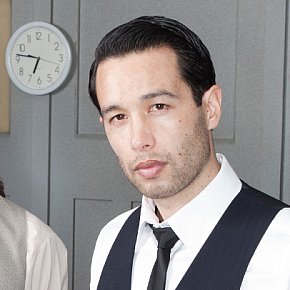 Singer-songwriter Matt Joe Gow grew up in Dunedin listening to the sound of Flying Nun bands, but as a longtime Australian resient he has taken another direction with his band the Dead Leaves. Their first album -- credited to Matt Joe Gow and the Dead Leaves, The Messenger -- received good notices for its smart alt.country feel, but for the new album Cities on the Sea, Gow has pulled his... > Read more 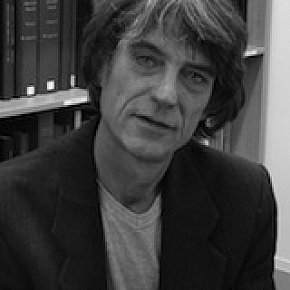 Graeme Downes is a singular character in the New Zealand music scene. He has been behind the Verlaines since the early days of Flying Nun at the dawn of the Eighties but along the way also completed his music degree and PhD (in Gustav Mahler, one of the big guns). Latterly, as Dr Graeme Downes, he has overseen the popular music songwriting and performance course at the University of Otago in... > Read more 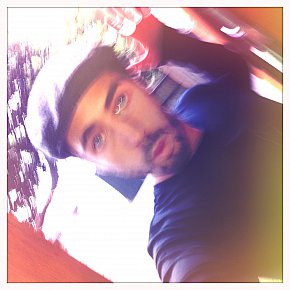 The word generalist -- which Bowie applied to himself in the late Seventies -- is perhaps the best term to describe Mikee Tucker of New Zealand's Loop Recordings. Check the credits on the new Fly My Pretties album (reviewed here) and he's there as the group's producer and tour manager, as well as co-conceptualist with Barnaby Weir. And one of the creative directors with Weir, art... > Read more 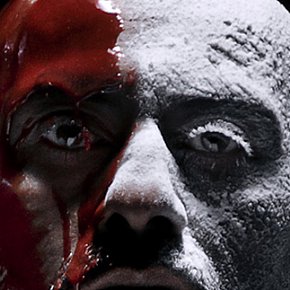 The name might sound menacing and the music can most definitely be, but Scalper -- aka Nadeem Shafi -- is, in Elsewhere's experience, scrupulously poilte and signs off his communications with "Peace". Born in East London to a Pakistani family, he was a member of London's crossover hip-hop/Asian fusion outfit Fund-da-mental and in that capacity came to New Zealand for a Womad in... > Read more 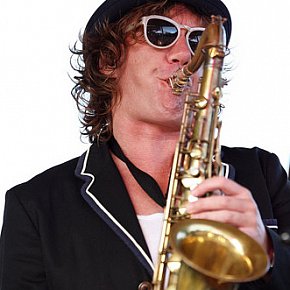 It seems extraordinary to report that even though Nathan Haines is still a young man, he has been playing jazz for 25 years. First with his bassist father Kevin and brother Joel as Second Generation when he was still at school, and then through the clubs of Auckland, New York and London, and graduating onto concert stages. And along the way he has recorded one fine album after another. Even... > Read more 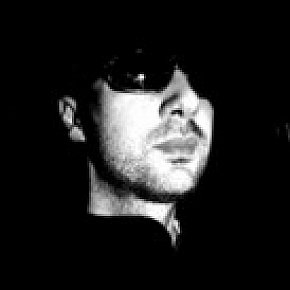 Guitarist/composer Gianmarco Liguori has cut a sleek but subtle path between tripped-out jazz and spaceflight rock with the band Salon Kingsadore and also on a number of fascinating solo releases (see here). Given the nature of his music, it was no suprise that recently he played at the Auckland planetarium with Salon Kingsadore. Just sit back, watch the stars and constellations above and... > Read more 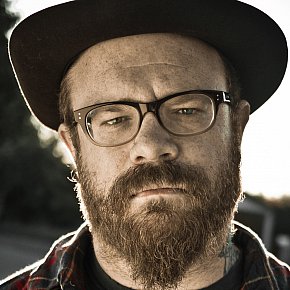 Over two previous albums – their self-titled debut in 2009 and Arrows the next year – the hard-working Eastern out of Lyttelton firmly established themselves as poets of the public bar, a band which had heart-aching melodies to burn, moving lyrics which could give you a catch in the throat and some tough-minded alt.country rock which stood the comparison with Bruce... > Read more 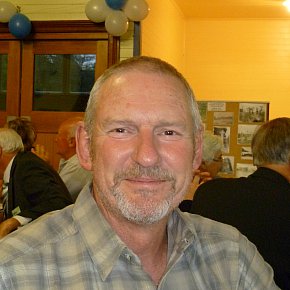 Chris de Bazin has the job that many Elsewhere readers might want, he is manager of the Arts Channel on Sky TV in New Zealand. Some people are well read, Chris we must guess is well viewed. Amidst the intellectual drought that is New Zealand television -- yep, we all like a bit of trash, and there's so much to choose from, right? -- the Arts channel (see programme details here) offers... > Read more

I Was Young When I Left Home 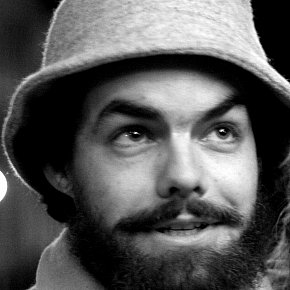 Interesting photo of Ryan Prebble, isn't it? He seems to be staring off into space with some amusement . . . and on the evidence of the new album The View by Spartacus R -- in which he plays and sings -- deep space (and deeply spaced-out) seems to be his natural home. Prebble is something of a musical shapeshifter too and also plays with Fly My Pretties as well as the Nudge out of his... > Read more 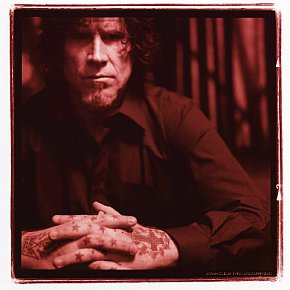 Mark Lanegan has, as they say, been putting himself about a bit. Formerly of Screaming Trees who rode the grunge wave out of Seattle, he joined Queens of the Stone Age in 2000 when the Trees broke up, but has more recently appeared at Elsewhere as part of the Gutter Twins (with Greg Dulli of the Twilight Singers) and has appeared as a guest on albums by the Twilight Singers and Soulsavers.... > Read more

Melbourne's Barons of Tang are one of those groups who hit heads, hands and feet. They deliver up an intoxicating brew of gypsy melodies and rhythms with a post-punk rock attitude. "Gypsy deathcore" they call it. You can check out their very special danceable solution here. The band is currently on a New Zealand (see dates below). Bassist Julian Cue took time out to join... > Read more 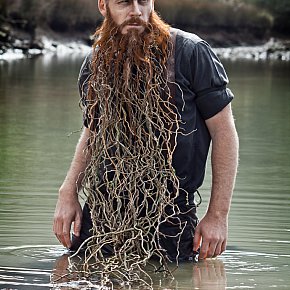 In one part of his life Richard Setford is a member of the rock-meets-big band-meets Latin ensemble Batucada Sound Machine (whose most recent album is reviewed here). But he also has an independent life as Bannerman whose two albums -- the earlier The Dusty Dream Home of 2010 and the recent Dearly Departed -- have had enthusiastic reviews everywhere and at Elsewhere. Elsewhere called... > Read more

I Was Only Having Some Fun 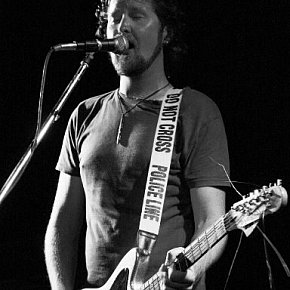 In a country where pop music is often slightly bent and off on a tangent, and "alternative" act are frequently in the mainstream of public attention, New Zealand's Vorn still manages to exist on the margins. Not for want of trying to get a wider audience however. No one keeps releasing albums -- up to seven now -- without hoping that something will stick somewhere. Let's hope... > Read more 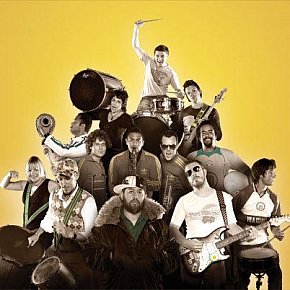 Batucada Sound Machine -- who deliver a boiling blend of Latin, African and Afro-Cuban rhythms with rock guitars and a stabbing, funky horn section -- have really hit their straps with their new album Don't Keep Silent (see review here). They have also enjoyed a global reach and have played in Britain and Europe frequently where they won glowing -- burning, in fact -- reviews. And last year... > Read more

The Best for You 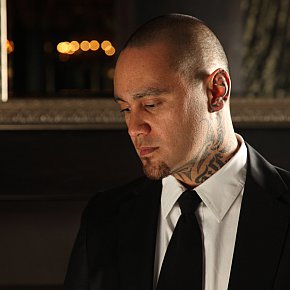 Nobody could say Tiki Taane -- formerly of Salmonella Dub and with the multiplatinum selling solo album Past Present and Future of 2007 behind him, and the country's biggest selling single ever in Always on my Mind -- had a quite year in 2011. In April he was arrested after singing NWA's Fuck Tha Police when police appeared at his Tauranga gig as part of a routine patrol. He was charged... > Read more 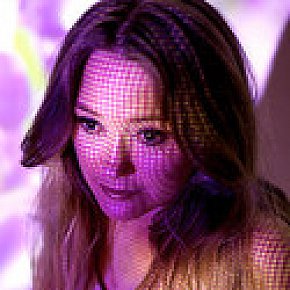 Victoria Girling-Butcher fronted New Zealand's Lucid 3 for a decade but recently stepped out with her first solo album after a four-year hiatus. The delay in launching herself under her own name was largely due to diagnosis with a rare disease (Sjogren's Syndrome) which causes fatigue and has symptoms like arthritis. Some artists might give up at that point or turn the complaint into their... > Read more 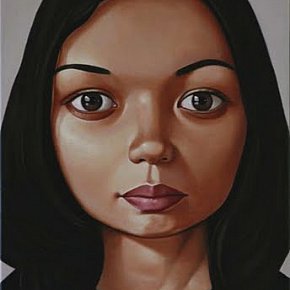 New Zealand singer-songwriter Bic Runga must have approached her fourth album Belle with some trepidation. Right from her award-winning debut album Drive over a decade ago, she had been hailed by cynical critics and the mainstream media, as well as being embraced by the country. At an impossibly early age -- in her mid 20s -- she was touring with heritage artists like Dave Dobbyn and Tim... > Read more

Darkness All Around Us 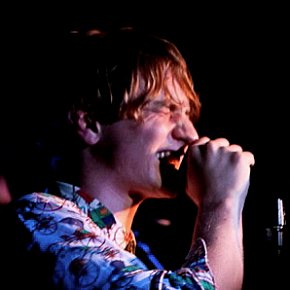 THE FAMOUS ELSEWHERE QUESTIONNAIRE: Ed Knowles of the Checks

Some people -- Mick Jagger, Jim Morrison, Patti Smith, Liam Gallagher and so on -- seem born to front a band. They have some innate and intuitive understanding of their audience, how central they are to the band's focus, a confidence that seems almost unnatural to more retiring types, and can deliver as if this is the only thing in the world that matters right here and right now. Ed Knowles... > Read more 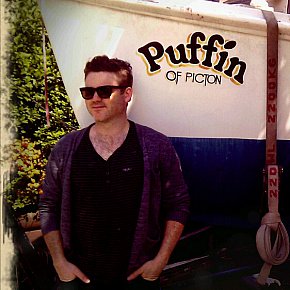 Lyttelton-based singer-songwriter Lindon Puffin has been around the traps for a decade now, first in the glam-tinged band the Puffins and for the past eight years as a solo artist. He has been quietly building a steady reputation as storytelling musician who has something to say. He's also opened for some of the brightest and best, among them Billy Bragg, Shona Laing, the Warratahs, Gin,... > Read more