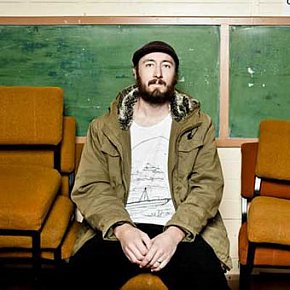 The cafe where we meet is very nice and attracts a particular clientele, as you'd expect. It is in Herne Bay, the country's first $2 million suburb apparently. Neither Dave Baxter nor I live around here of course – he's out west in Massey and I'm a few suburbs to the south – but with his hipster beard and beanie he fits in better than I do. Neither of us are good for... > Read more 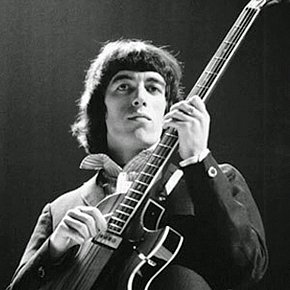 When he was in the Rolling Stones, bassist Bill Wyman was mostly an impassive and seemingly disengaged presence on stage, only occasionally flicking a knowing look at drummer Charlie Watts as Mick Jagger pranced and preened. Bill Wyman was the Silent Stone. After he left the Stones in '93 however he wrote Stone Alone, a strangely compelling and scrupulously detailed account on... > Read more 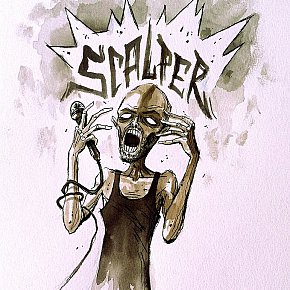 Scalper – known to his family as Nadeem Shafi – is one of the politest e-mailers it has been Elsewhere's pleasure to have contact with. For the past few years he's sent us sample tracks from his forthcoming album, always signed off with “Peace” and has cheerfully accepted that Elsewhere doesn't review singles or EP (too many full length albums commanding... > Read more 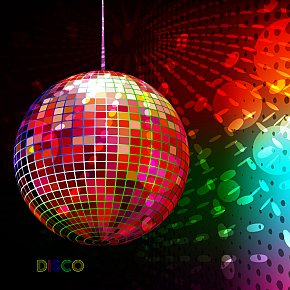 At 74, the pioneering producer Giorgio Moroder should be slowing down, but in fact he's started again. His new album Deja-Vu will be his first in 30 years and the renewed interest in him was doubtless prompted by his appearance on Daft Punk's 2013 Random Access Memory in which he spoke over an archetypal Moroder piece entitled Giorgio by Moroder. Among the guests on the new album... > Read more 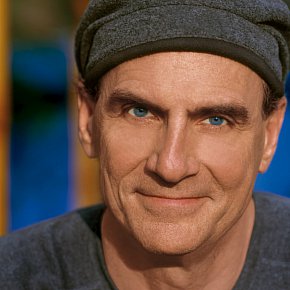 JAMES TAYLOR INTERVIEWED (2015): Even now, there's a stretch of highway

Against the odds of age – and a bank balance probably falling below those necessary multiple millions rock-gentry seem to require these days to survive in the lifestyle they created and have become accustomed to – James Taylor is touring again. However, despite being 67 and having seen more than his share of concierges in strange hotels, unappealing backstage areas and... > Read more

Stretch of the Highway 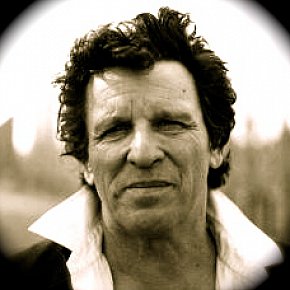 Barry Saunders is lighting the first fire of winter at his Wellington home when he takes the call. But as the singer and songwriter in the long-running Warratahs, he's got plenty to talk about  . . . because they've just released their first album in nine years. And they are going back out on the road [dates below]. Although of the latter prospect he's prepared to admit as... > Read more 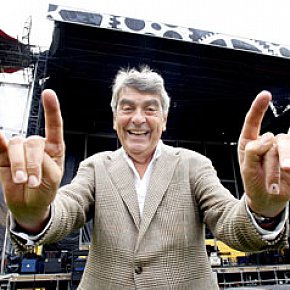 Garry Van Egmond has never had a heart attack, and given the nature of the business he's been in for more than four decades – where the stakes a big, the egos often bigger and financial ruin can be looming at any point – that's a real surprise. “I've always stayed very calm,” he smiles with a demeanor which confirms it. It's big business but “I play a bit... > Read more 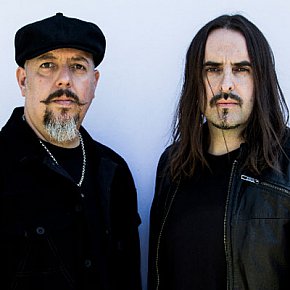 The body language of the two men sitting in the corner of this Mt Eden cafe could hardly be more different. Drummer and multi-instrumentalist Nick Gaffaney (on the right) seems slightly ill at ease, the eye contact fleeting and smiles wry and rare. Guitarist/songwriter George Pajon Jr seems entirely comfortable, maintains a steady and clear gaze and speaks with a smile. He even... > Read more 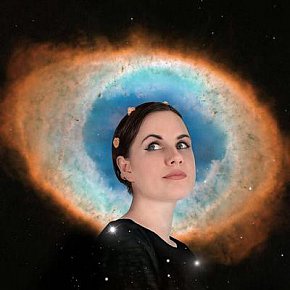 Chelsea Nikkel – aka Princess Chelsea – sits at the table in her flat-cum-studio space (the latter rightly referred to as "the Ghetto") with a second-pour coffee and admits she's tired. She looks it. And during the course of our digressive, always interesting and sometimes extremely candid hour-long conversation -- which traverses her excellent second album The... > Read more 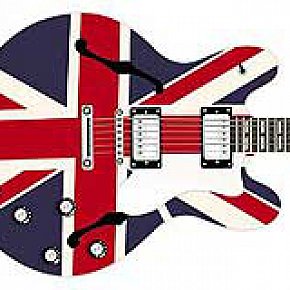 BRITPOP IN THE REARVIEW MIRROR (2015): From Blur to beyond

When Britpop was going off in the Nineties, we had some cynical distance from the hype. Life had taught us the British press would build 'em up and knock 'em down. And this time round with different clothes (shell suits?), a bit of anti-American jingoism added (Who needs Nirvana when you've got Menswear, right?) as well referencing the great heroes of the Sixties, Britpop looked as... > Read more 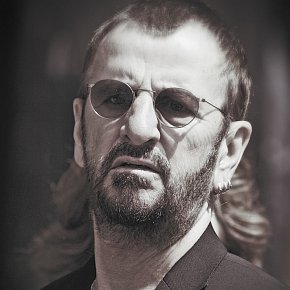 Ringo Starr's few -- actually only two -- contributions to the Beatles' vast catalogue of original songs hardly set the world alight or gave any indication of great promise, unlike late bloomer George Harrison. Neither Octopus' Garden nor Don't Pass Me By (which tok him six years to finish and get on a Beatles album) suggested any great writing talent, but as a drummer his gifts lay... > Read more

Rory and the Hurricanes 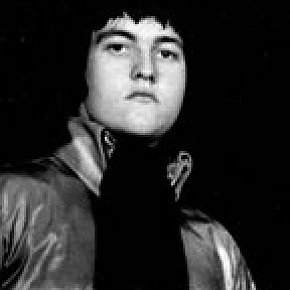 The guy who had the best seat in the house to watch the rise of the Auckland rock band Larry's Rebels in the Sixties was Nooky Stott. He was the group's drummer and a child of Fifties rock'n'roll. “I lived in Ponsonby and our local picture theatre was the Britannia. I think I saw Rock Around the Clock and Don't Knock the Rock at least 10 times,” he says. Stott –... > Read more

Let's Think of Something (NZ version) 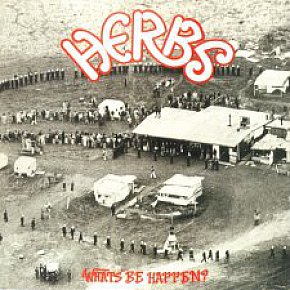 History, according to Napoleon (among others), is written by the winners. True in one sense. But if the losers are still out there they are often so forgetful of their history as to be worthless and absent witnesses. Many buy into the narrative of the winners, whom you might have thought would be their adversary. Take the New Zealand reggae band Herbs for example: Their Very Best Of... > Read more 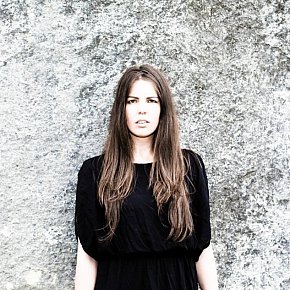 MEL PARSONS INTERVIEWED (2015): And the road goes on forever

On a wet Monday morning in Wellington, Mel Parsons takes a break from rehearsals in the Surgery studio with her band and, cheerful as ever, talks about her new album Drylands which she is taking to the country with starting on Wednesday in Auckland (see dates below). “It's exciting actually, just nice to have a new body of work to be touring with and be... > Read more 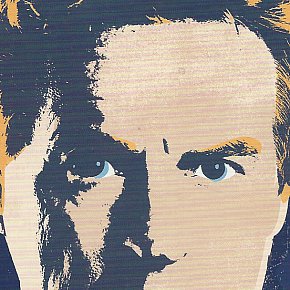 In late January I was approached to write a brief biography for Don McGlashan to accompany the release of his new album Lucky Stars album. At the time I wasn't available but was sent an advance download of the 10 songs . . . and because the album release was some way off and many of the songs sounded so self-revelatory I made the time in early February to interview Don – whom I... > Read more

The Waves Would Roll On 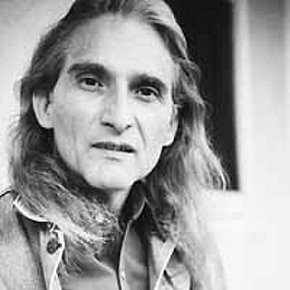 Jimmie Dale Gilmore – speaking from his country home 45 miles outside of Austin, Texas – takes a stab at what his most popular song on Spotify might be. “Now let's think. I would suspect it might be Dallas, that's the best known one,” he says referring to his bitter-sweet paean to that Texas city which includes the lines “Dallas is a jewel, Dallas is a... > Read more 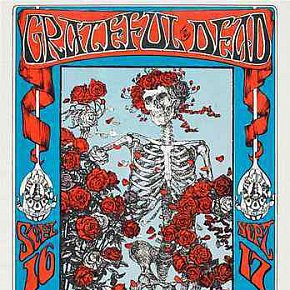 The word is oxymoron: it means when words putting together seem to contradict each other. Like “honest politician” or “skinny bass player”. Or “The Best of the Grateful Dead”, the title of a new double CD. Most people would say there can't be a “best of” a band which started its career half a century ago and has divided rock people... > Read more 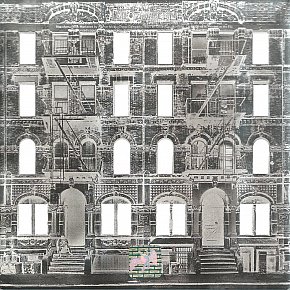 As we have now learned to our (literal) cost, the Jimmy Page remastering of Led Zeppelin albums plus a "bonus disc" of uneccesary "mixes" is little more than a PR job to flog more product. The previous reissues and remasters of the actual albums are excellent, but this nonsense about rough mixes or a different mix from a different studio elevates discarded versions.... > Read more 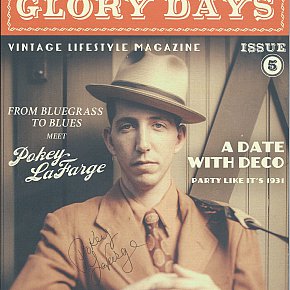 In a stylish blue shirt buttoned to the neck and topped by a red neckerchief, blue dungaree jeans with turned up cuffs above his sturdy and well polished lace-up boots, Pokey LaFarge cuts a very interesting figure in this downtown Auckland hotel room. He may look like someone from the better-scrubbed end of the Thirties – and his music certainly steeped in traditional jazz,... > Read more 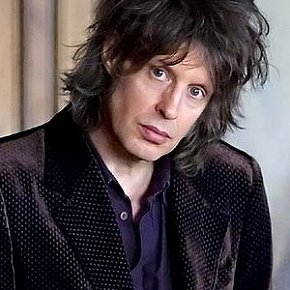 About 15 months ago Mike Scott of the Waterboys released a whopping seven CD set of the sessions which lead to the band's two-years-in-the-making breakthrough album Fisherman's Blues. The band had enjoyed success prior to this particular channeling of Celtic music, rock'n'roll and American gospel – notably with the singles the Big Music and Bang on the Ear – but... > Read more

I Can See Elvis