Anyone who caught the husband and wife team of Derek Trucks and Susan Tedeschi in New Zealand recently were perhaps familiar with guitarist Trucks' impressive Allman Brothers/Eric Clapton pedigree, but she came as something of a surprise to most. Looking like what Americans call a "soccer mom", the slight Tedeschi could sing like Bonnie Raitt and sometimes edged as close to... > Read more One of the assertions on the cover of this album – released in 69, reissued after a long absence – isn't true. Bluesman Howlin' Wolf had been an “early adopter” of electric guitar. What is true is he didn't care for this album (“dog shit” was his considered judgment) which had him being made over in line with the post-Hendrix psychedelic music of the... > Read more 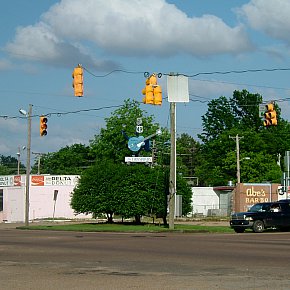 The intersection of highways 61 and 49 near Clarksdale in northwest Mississippi doesn't look particularly special: there's a car yard, a service station, a couple of kids listlessly kicking a ball outside Abe's barbecue shop . . . Just the usual stuff. The only thing to distinguish it from hundreds of other such intersections in the state is the odd looking monument-cum-sculpture thing at... > Read more 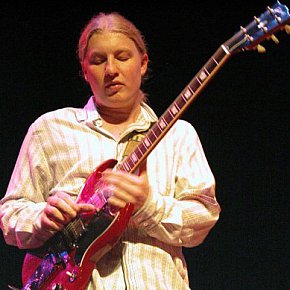 For someone yet to hit 30, the Jacksonville, Florida-based singer-guitarist Derek Trucks has achieved a lot. But then, he was almost born to it. His uncle is drummer Butch Trucks of the Allman Brothers Band; he was named after Eric Clapton’s pseudonym in Derek and the Dominos; and these days he is married to acclaimed blues singer Susan Tedeschi. Those factors alone don’t... > Read more

Derek Trucks: Down Don't Bother Me In his excellent book More Miles Than Money, subtitled “journeys through American music”, the expat London-based writer Garth Cartwright meets Bruce Iglauer who founded the Alligator blues label in Chicago which became that city's most important label after Chess went belly-up in 1975. As Cartwright notes, the label was home to exceptional talents like the earthy bellower... > Read more 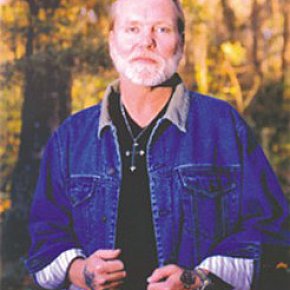 Scroll down the Wikipedia entry for Gregg Allman and two things will surprise: first how brief it is for a musician who has lived such a full, creative and often dangerously self-abusive life. And second the interestingly inexact sentence which reads, “Allman has been married at least six times . . .” By the time he was 30, keyboard player and guitarist Allman –... > Read more 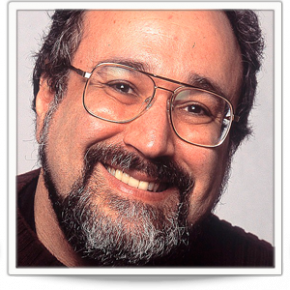 On a per head of population basis, Bruce Iglauer – the founder of Alligator Records – has been the man who has let you hear the real minority stuff. As he said when we spoke in 1988, “Getting our artists on to radio is tough. Radio plays young, white male artists and to get somebody like Koko Taylor - a middle aged black woman and not particularly glamorous -- on to a... > Read more Koko Taylor, the self-styled Queen of the Blues, lets out a hoarse barking laugh and roars, “Yes, I'm feelin' fine, thank God, and everybody is doing nicely. “I've been back at work about six weeks now and it feels good. I got bored staying at home. After 25 years out there doin' it you can get bored easily at home. I needed a rest, but not like that,” she hoots.... > Read more With the great B.B. King due to arrive in Australasia for concerts, this now-readily available album from 2000 is timely. It caught him on a career high with his road-tested band in the studio just peeling off some tough-minded songs which had been part of their repertoire for while, as well as some new songs. Set aside King if you can and the piano work by James Toney is worth the price of... > Read more 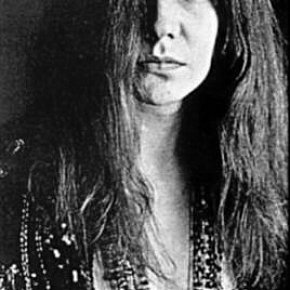 Of all those admitted to that illustrious pantheon of Dead Sixties Rock Stars, Janis Joplin has been the one least well served. Jimi is revered and regularly remarketed; and Jim has his reissued albums, an Oliver Stone bio-pix, a new headstone in Pere La Chaise and people still seem to refer to him as “a poet”. And Janis? Like Otis, she is pretty much forgotten other than by... > Read more 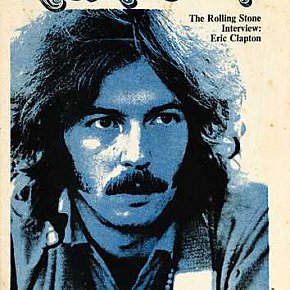 It's hard to pinpoint exactly when Eric Clapton -- once called "God" by his devotees -- ceased to be relevant. Certainly he still plays to huge audiences and his guitar playing remains technically undiminished. But his albums are --with rare exceptions -- anodyne, his playing often bloodless and despite genuine efforts to find inspiration (working with BB King, his dreary... > Read more 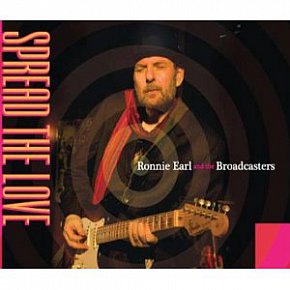 Blues guitarist Earl opens this typically free-wheeling, jazz-inflected instrumental album with a swinging treatment of Albert Collins' burning Backstroke -- then gets into a low mood on Blues For Dr Donna before the Hammond organ of Dave Limina kicks in for the sultry, midnight groove of Chitlins Con Carne . . . and we away go on another enjoyable ride where the spirits of Jimmy Smith and Otis... > Read more 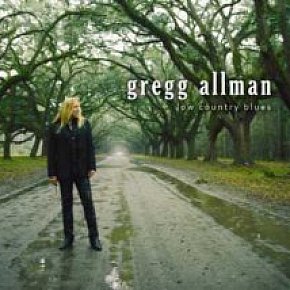 Gregg Allman is as well known for his marriage to Cher in the 70s and battles with drug'n'alcohol as he is for co-founding the seminal Southern blues-rock Allman Brothers Band with his long-gone sibling Duane. Sober and straight these past 15 years (and a new liver installed last year), the 63-year old singer/keyboard player here delivers his first solo album in 14 years and gets fine... > Read more 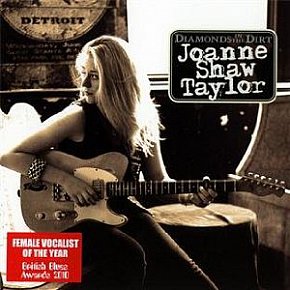 It would be easy to describe -- and acclaim -- this fiery British singer-guitarist as a blues artist, and she is. But there's more to her than that. Certainly she can peel off blazing solos like Stevie Ray Vaughan (whose producer Jim Gaines is again on hand here) and can also conjure up the more gentle blues-soul of Hendrix (World on Fire). And there is an earthiness here, even when she... > Read more 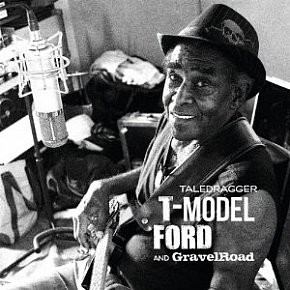 At 90, the great and late-discovered bluesman T-Model Ford still sounds like he is one man who isn't going to let the road of life weary him. Here with his touring band GravelRoad, he delivers a short sharp shock: eight songs, two hitting past the seven minute mark, closing with a nasty-edged Little Red Rooster. This is roadhouse blues which is sharp and stinging, and has guests Brian... > Read more

T-Model Ford: I Worn My Body So Long 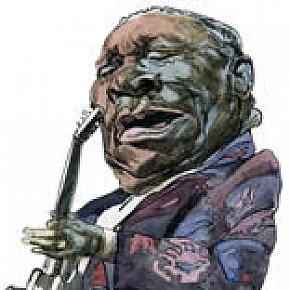 B.B. King (born Riley King on a plantation in Itta Bena, Mississippi in 1925) has arguably been the blues' greatest populariser, so his track record includes performances with the Duke Ellington Orchestra, Stevie Wonder and the Memphis Horns, Joe Walsh, the Crusaders, Gary Moore and, of course, U2 and Eric Clapton. That kaleidoscope of other talents on hand plus King's breadth of... > Read more John Lennon once said the blues was a chair. Not a fancy chair, just the first chair. No, it doesn't make much sense - but you know what he means. And by making this analogy he placed himself alongside a swag of blues artists who have their own pithy statement: the blues is a feeling, the blues is healing music, and so on. John Lee Hooker – who died in 2001 aged 88 –... > Read more

John Lee Hooker: It Serves Me Right to Suffer (2002, with Dickey Betts on guitar) 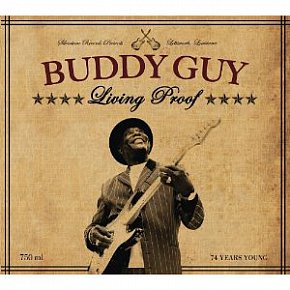 The great Guy has been one of blues' most enduring and endearing characters: he upstaged the Stones in his cameo slot on their Shine A Light doco, and way back influenced Hendrix. He's been picking up awards for the past couple of decades, but unlike some others who have become part of the institution (and tailor albums for awards, as Santana has done latterly), Guy has always just gone out... > Read more 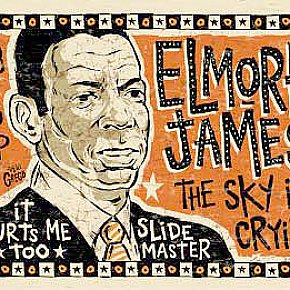 It has been almost half a century since Elmore James bent over to pull up his socks before going out to play in an Chicago nightclub . . . and went face down on to the floor with his third and final heart attack. Although he was not widely known, the world lost a good one who left an immense legacy. James had an agonised vocal style and brutal slide guitar playing which no doubt... > Read more 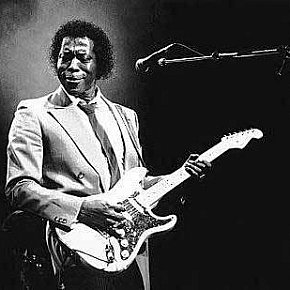 Buddy Guy is talking about his club Legends in his home town of Chicago. Every Sunday and Monday it is open for all-comers, just sign at the door, get up there and play your blues. Since Guy won a Grammy for his raw and soulful Damn Right I Got The Blues album this year, he’s seen a few more up-and-corners through the door. He remembers when he first hit Chicago in the... > Read more

Buddy Guy: Too Broke to Spend the Night