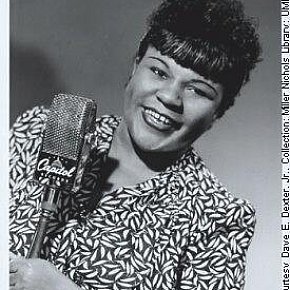 At the time of her death in 1958 at age 56, blues singer and pianist Julia Lee – who had started her career at 16, worked with the young Walter Page (bass), saxophonist Benny Carter and others around Kansas City and used Jay McShann, Red Norvo and other name players on some of her sessions — was largely overlooked. And after her death, until Britain's Charley label... > Read more 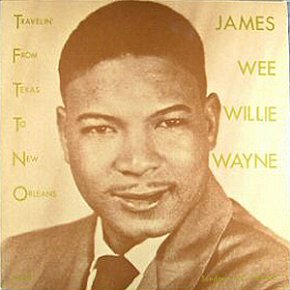 Such mystery as there is about rhythm'n'blues singer James Wayne is compounded by the well-meaning writer of the liner notes to the 1980 Dutch compilation Travelin' From Texas to New Orleans, one of the very few existing collections of Wayne's work. With English clearly a second language and a somewhat imperfect understanding of geography the unnamed writer informed his readers that,... > Read more For many decades before his career was given a high-profile resurrection by the Fat Possum label in Nineties (and he toured with the likes of the Jon Spencer Blues Explosion), R.L. Burnside was a working bluesman who had grown up in North Mississippi and followed the trail to Chicago. In Mississippi he'd heard Fred McDowell (who reputedly taught him a little guitar), and fife and drum... > Read more 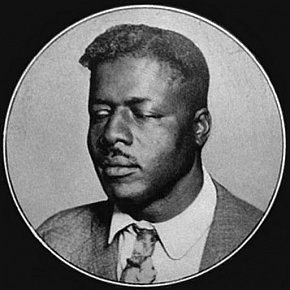 The old saying, “You gotta sin to get saved” perhaps accounts for the wayward careers and emotional U-turns of people like Little Richard and Roy Buchanan who would vacillate between the secular and spiritual worlds. If you believe that Jesus is real and your savior, then you are just as likely to have to accept the corollary, that Satan is also real and ready to drag you... > Read more

Jesus Make Up My Dying Bed 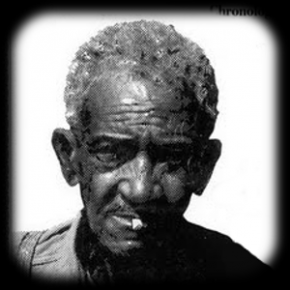 There are two peculiar and distinctive features about the career of bluesman Bo Carter (1893-1964). It's not that he sang rude, double-entendre songs – many blues artists did that – but that he recorded so many of them. Considerably fewer blues singers did that. And also there's the fact that -- at least according to his brother Sam who was also blues singer in the... > Read more

Banana in Your Fruit Basket Dave Alvin has, as they say, miles on the tyres. At 59, the acclaimed guitarist and singer can look back to the roots-rock band the Blasters he formed with his brother Phil in the late Seventies, a band that blended punk energy with Americana and blues, and shared bills with the likes of Black Flag and The Gun Club. The Alvin brothers however had one of those volatile sibling... > Read more 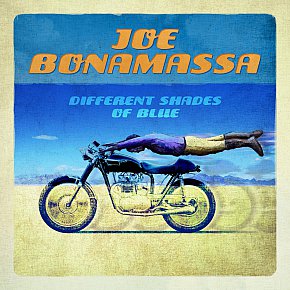 Astutely released today in advance of his sole New Zealand concert in Auckland tonight, this is the first album by acclaimed American guitarist/singer Joe Bonamassa featuring all his own compositions. That's surprising given he has quite a body of releases behind him, but as always he refers to the past and the masters: the two-minute opener is the Hendrix-referencing Hey Baby/New Rising... > Read more

So, What Would I Do 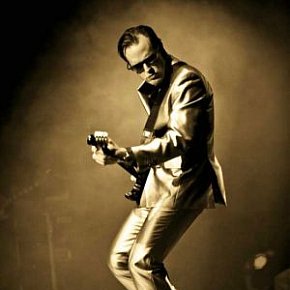 Joe Bonamassa – the 37-year old Grammy nominated blues-rock guitarist considered one of the finest players of his generation – is talking about what he does when he takes a break. But first let it be said, he rarely has down-time. In fewer than 15 years he's released 11 studio albums under his own name and two with gutsy soul-blues singer Beth Hart (many with DVD footage),... > Read more 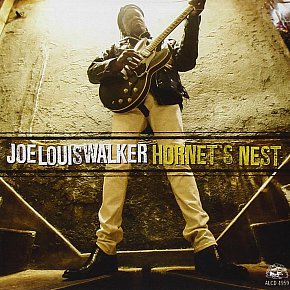 The furious and fiery, award-winning 64-year old Joe Louis Walker is, of course, a bluesman . . .  but you could equally file some of his material under "rock" and even "hard rock". Or "gospel blues" if you catch him in another mood. With about 20 albums behind him -- with titles like Hellfire, Playin' Dirty and Blues Survivor -- Walker has an attack as... > Read more

Stick a Fork in Me Sometimes the singer-guitarist Lowell Fulson (1921-99) recorded as Lowell Fulsom and even Lowell Fullsom, but he was born Fulson although the liner notes to this three CD set suggest where the variations came from. Fulson himself would adopt the various spellings for his own reasons (think: the taxman), but his grandfather was actually Henry Fulsom who was black freeman living with the... > Read more 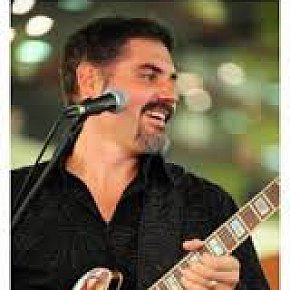 Because of so many other pressing commitments, Elsewhere missed acknowledging the blues journeyman Darcy Perry when he played a few shows with his band during Blue September. But he has re-released digitally every track he had ever recorded along with two previously unreleased live albums. And there is also the new album Eleven Long Years, the title of which nods to just how long he... > Read more It's extraordinary to think that harmonica player Cotton played with Howlin' Wolf back in the early Fifties and then Muddy Waters, and at 77 he's not only still here but blowing up a hurricane on this album with high class fans like Joe Bonamassa, Gregg Allman, Chuck Leavell, Keb Mo, Ruthie Foster, Delbert McClinton and Darrell Nulisch. He's survived every phase of the fickle interest in... > Read more 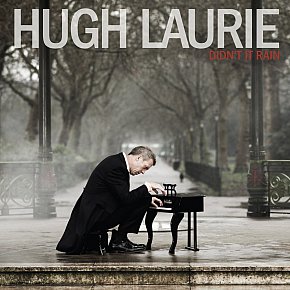 Musicians can get very territorial when actors are perceived to be moving into their turf. People like Juliette Lewis, Keanu Reeves and Charlize Theron have hardly been welcomed (sometimes with good reason) and so Hugh Laurie was met with some scepticism when he released his Let Them Talk (nice title!) a couple of years back. Clearly Laurie -- who sings and plays piano -- loved and... > Read more Not only does white bluesman Watermelon Slim sound like the blackest 1940s blues player that ever was, but he's also has had an extraordinary life. Believable if you read it in a novel, but all true. Check out his backstory in this archival interview at Elsewhere and also have a look here for his music, then close your eyes as he transports to to Southern juke-joints or -- as on this... > Read more 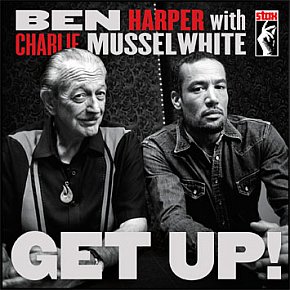 To be honest, the first couple of times I saw Ben Harper I walked out being bored witless by a man I jokingly came to refer to as "Taj Marley" because he simply seemed to weld together the most crowd pleasing aspects of Taj Mahal and Bob Marley. I faithfully listened to his many albums down the years but only rarely found them genuinely interesting (and Eric Bibb was doing much... > Read more As mentioned about a previous album of this concept of gals with guitars, there's nothing like giving 'em what it says on the box. And yep, these three are blues-rock women with guitars and that Girls With Guitars label is a flexible membership (currently Cassie Taylor out, Victoria Smith in). This CD/DVD set is blues-based but this time the version of the Stones' Bitch which opens the CD... > Read more

I Put a Spell on You Until you are told otherwise, just on listening to this tough, sassy and earthy blues singer and fiery guitarist you'd assume she was black American, probably forged in the fires of Chicago clubs and constant touring down South. Almost right. She's blonde, British-born and now lives in Detroit. As noted about her earlier and excellent Diamonds in the Dirt, the States is her natural home... > Read more 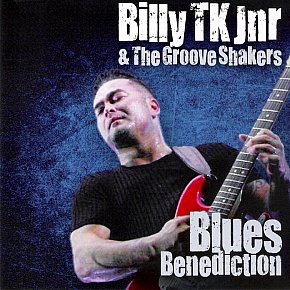 You might think being the guitarist son of Billy TK -- whose name is usually preceded by the phrase "the legendary Maori guitarist" -- might be a serious hindrance to a career under your own name, but Billy TK Jnr long ago lit out on his own directions. While his dad drew favourable comparisons with Hendrix back in the late Sixties/early Seventies (in Human Instinct, later Ticket... > Read more 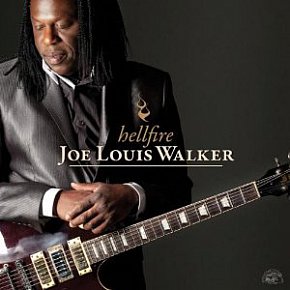 From the opening title track this often incendiary album is a conflagration fed by tough blues, psychedelic guitar playing and Walker's frequently soulful voice. He reaches to the fist-tight Chicago style (I Won't Do That) but also invites in Elvis' backing group the Jordanaires for the raw testifying of Soldier for Jesus ("on the frontline fightin' the devil all the time") and... > Read more On the back of his 2010 album Heads I Win Tails You Lose, Elsewhere noted that while this young, hard-edged blues guitarist came up a little short in the originality stakes he was certainly one to watch because he delivered more than enough to be impressive. Still only in his early 20s, Englishman Brown of course has ample room to grow but this is yet another step up in his playing (and his... > Read more