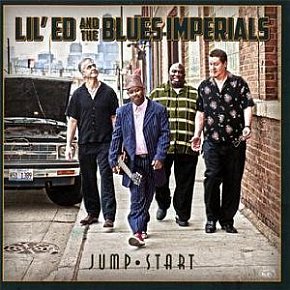 When Bruce Iglauer founded Alligator Records in Chicago 40 years ago it was to release albums by the likes of Hound Dog Taylor and Albert Collins who were burning up local clubs with their incendiary and tough minded playing. In 1986 singer-guitarist Lil' Ed and his band were invited to record a song but, treating the studio like stage, they stormed through a whole set which became... > Read more 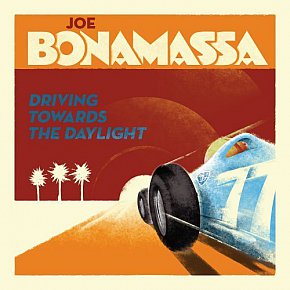 Gutsy, earthy and steeped in the blues, singer-guitarist Bonamassa seems an unstoppable force. He fires off albums under his own name (this his third in two years) and with Black Country Communion (two albums and double live in Europe in the same period). He also puts himself about as a guest player, and his album with leather larynxed Beth Hart, Don't Explain, got a favourable notice... > Read more

Stones in My Passway 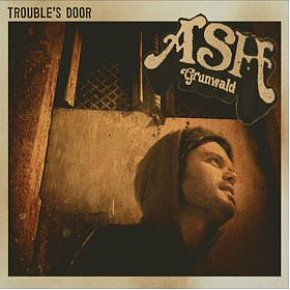 Australian Grunwald is a one-man dreadlocked folk, rock and boilied-up blues singer-guitarist, and live he certainly delivered well received sets at the recent Womad. But, as with so many Womad acts, he captures you in the moment but it doesn't quite translate on repeat encounters. I saw both of his sets and was blown away by the first and watched quite dispassionately at a repeat showing... > Read more 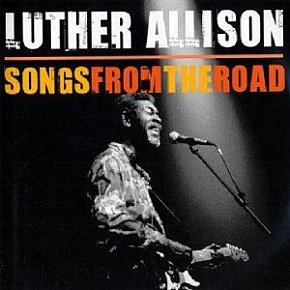 It's a peculiar thing, but the music which gave the world rock'n'roll and rock as we know it -- the blues, in case you missed the connection -- seems utterly marginalised in the media. Even more odd is that when the best blues musicians -- and even some fairly indifferent ones, or legends passing into a belated retirement -- play a concert that people turn out in their hundreds in... > Read more

Low Down and Dirty 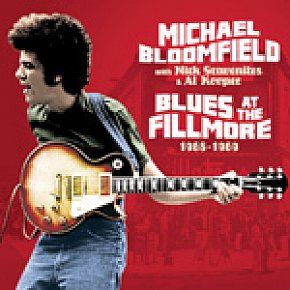 For those who weren't there at the time, some small explanation may be necesary. In the late Sixties it seemed obligatory that every student dive or flat would have a copy of an album featuring guitarist Mike Bloomfield and/or keyboard player Al Kooper. They had impeccable pedigree: Bloomfield a gifted slide player who had been in the Paul Butterfield Blues Band, had played with early... > Read more 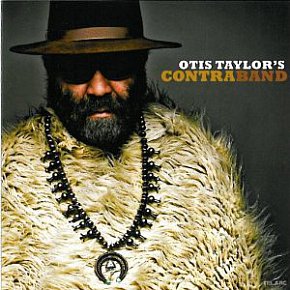 Singer-guitarist Taylor is nominally posted here under Blues in Elsewhere, but -- as always, see previous reviews here -- he doesn't easily fit into the prescription, broad though it might be. Here, for example, he leans towards African sounds on Yell Your Name (just him, drums and cornet on a chant-like song) and sometimes has a djembe player alongside pedal steel, organ and fiddle.... > Read more 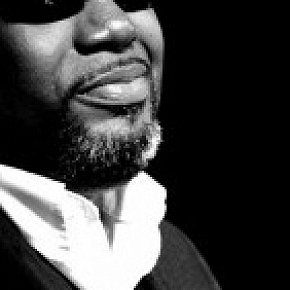 Wilson Blount – aka Big Daddy Wilson – is certainly a bluesman with a point of difference. He may have been a Southern black kid and born in North Carolina, but he's honest enough to admit he didn't even hear the blues until he was in his Thirties and living in Germany where he'd gone to serve time in the military. And as he tells us in this candid interview, the first... > Read more

This is How I Live 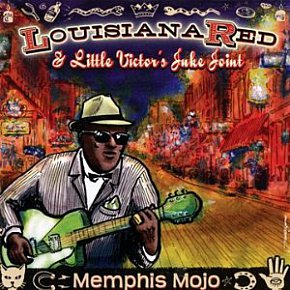 Almost an octogenerian, Louisiana Red (aka Iverson Minter) has understandably become a fixture on blues circuits. Born in Alabama and his father lynched by the Klan, he once recorded for Chess in 1949 before doing military service, and after that just kept playing the blues. It wasn't until more recent times however that he became better known, but you'd have to say that might be for... > Read more Blues pianist Champion Jack Dupree could always upset a few expectations. While his few remaining colleagues in the old blues game disavowed alcohol, Dupree told me in 1988 -- when he was approximately 80, his birth date seemed flexible – he still fancied a taste, but with a couple of crucial exceptions. "I drink cognac and beer," he said cheerily, "but I never... > Read more 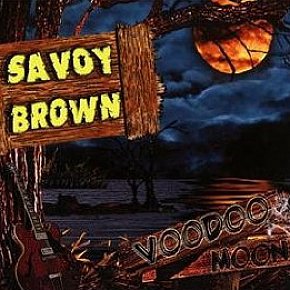 Many years ago Pete Frame would produce books of meticulously drawn family trees of rock bands. His Sabbath Bloody Sabbath tree filled two tightly written gatefold A5 pages and traced Black Sabbath back to bands that Ronnie Dio and Bill Ward were in around '64. I don't recall ever seeing a Frame family tree for the British blues band Savoy Brown (although they did get a passing reference in... > Read more Out of Mississippi by way of the Lone Star State, Omar Kent Dykes is one of the tough Texas blues guitar players whose no nonsense style is perfectly complemented by his various line-ups (usually small) around his core band. This non-chronological double disc collection -- which opens with a head-down 1991 live version of his Magic Man which owes a debt to that clenched-fist macho strut of... > Read more One of the most beloved blues albums of the early Seventies was a super-session recorded when Howlin' Wolf went to London to work with the Stones' rhythm section of Charlie Watts and Bill Wyman, guitarist Eric Clapton, and others including Stones' pianoman Ian Stewart. And an uncredited Ringo Starr on I Ain't Superstitious. The subsequent album The London Howlin' Wolf Sessions was... > Read more 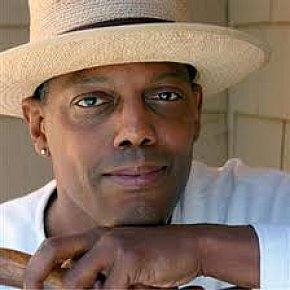 You could say singer-guitarist Eric Bibb had little choice, that he was born to the musical life: his father Leon was a well-known New York folk singer; his uncle was John Lewis, the pianist in the Modern Jazz Quartet; and his godfather was the legendary singer, activist and civil rights campaigner Paul Robeson. Add in family friends like Pete Seeger and the late Odetta, advice from... > Read more 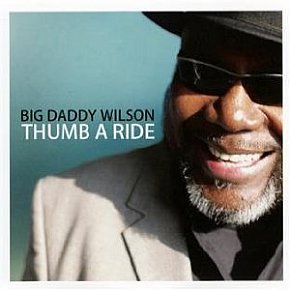 This big bluesman with a sometimes gentle and soulful voice has appeared at Elsewhere previously with his fine Love is the Key which featured Eric Bibb, a singer he is close in spirit to. This all acoustic outing recorded in Germany (where he has lived for many years) with his touring band (and a studio percussion player) continues his generous, gentle and inviting journey and -- as he... > Read more

If You Were Mine When veteran British bluesman John Mayall played the Civic in Auckland in 2010, the concert was both disappointing and crowd-pleasing. Disappointing because, although professionally executed, it failed to really take flight. Crowd-pleasing because he played his hits. The joke, of course, is Mayall has never had hits and at 77 it seems increasingly unlikely he ever will. But he did... > Read more 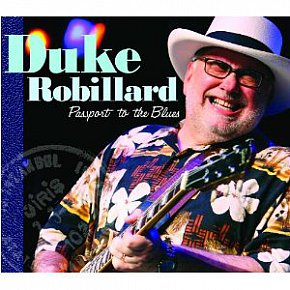 Multiple award winner Robillard founded Roomful of Blues in the late Sixties, was in the Fabulous Thunderbirds and has been playing for more than four decades, and shows no signs of slowing with this fist-tight collection of (mostly) originals. He's toured with Tom Waits (an influence on the gritty Hong Kong Suit, and whose Make It Rain gets covered) and nods to Willie Dixon on Rhode... > Read more 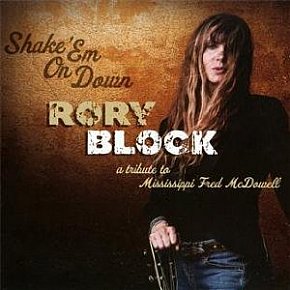 Singer-guitarist Rory Block learned directly from Mississippi John Hurt, Son House, Bukka White and others and here – through originals and retooled covers – acknowledges the great innovator Mississippi Fred McDowell who (despite singing I Do Not Play No Rock'n'Roll) influenced blues-rock musicians like the young Stones, and tutored Bonnie Raitt. Block met him at a formative... > Read more 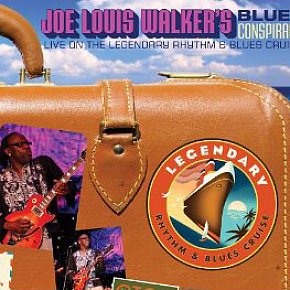 That this was recorded on a Caribbean cruise might tell you all you need about its crowd-pleasing nature. But Walker's guests (guitarists Johnny Winter, Tab Benoit and Duke Robillard, Watermelon Slim on harmonica among them) get away serious six-string savagery and down low dirty vocals. Yes, crowd-pleasing – but songs like A Poor Man's Plea with Kenny Neal turn the cruise ship... > Read more 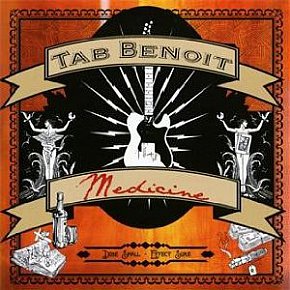 Soulful blues with a dark bayou twist is Tab Benoit's musical style, but he also locates lyrics in this world, whether it be a relationship going to hell (“We've been fighting over nothing”) or the Louisiana environment on the same path (“Whatcha gonna tell the children/trees/spirits when the heart of the bayou bleeds”). A great band (Ivan Neville on Hammond,... > Read more

Nothing Takes the Place of You In Clarksdale, Mississippi I saw a singer/guitarist who called himself Howl N Mudd, which was certainly a man covering his bases. (That story is here.) The juke joint he played in was very popular (be sure to read that piece of graffiti I quote) and recently Elsewhere reviewed a DVD of Watermelon Slim whiuch was filmed there. Slim has a great backstory -- more interesting than his DVD... > Read more