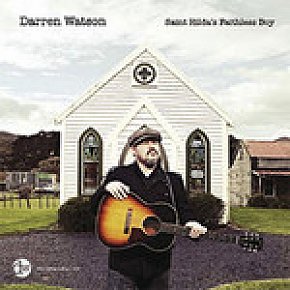 It's been far too long between albums for Wellington blues-rocker Watson -- frontman-guitarist for Chicago Smokeshop, later simply Smokeshop -- because his excellent South Pacific Soul album (under his own name) was five years ago. In some ways Watson has mellowed, inasmuch as the vocals and guitar work here are taut as if the passions are deliberately being held in tight to give them added... > Read more Record companies are usually at their best when close to the street, turnlng up talent rather than just distributing it. The Chess label was so close to the street it felt the sweat. Polish immigrant brothers Leonard and Phil Chess owned clubs around Chicago and from the late 40s started recording some of the most formative R & B and rock ’n’ roll (Chuck’s Johnny B.... > Read more “You tell them this,” says 58-year old bluesman Watermelon Slim in a voice which sounds like he has been gargling whisky-soaked nails. “God has blessed me with an extremely full and interesting life. It’s not all been fun or positive and I’m not proud of everything I’ve done. But I’ve been blessed to get this far.” Indeed, because Slim -- aka... > Read more 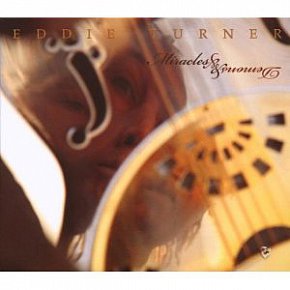 As mentioned previously on the occasion of The Turner Diaries, this singer-guitarist won't be to every blues fan's taste -- and not just because he gets the Hendrix tag a bit (true, but only sometimes and rarely this time out). For every time he unleashes fire there are other times when you feel he is holding far too much back and neither his vocals nor that guitar which he wields are doing... > Read more 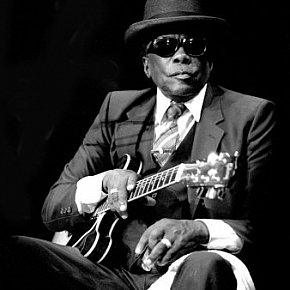 Talking to 72-year-old blues singer John Lee Hooker - even in a cursory 15 minute interview - you know you are confronting a legendary, influential figure. And The Hook, as he is commonly known, isn’t afraid to tell you so. “I have inspired so many rock 'n' roll singers and blues singers and stars - more than any other blues singer. I got music for all ages. I can do... > Read more 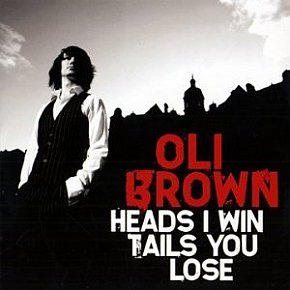 The blues goes in cycles of visibility: there were those great days of the late Forties/Fifties in the South and the early Sixties in Chicago; the British blues boom of the early/mid Sixties (John Mayall, Clapton, the first Fleetwood Mac etc) and then . . . You can tick them off just by a name alone: Alligator Records (Hound Dog Taylor and the like); George Thorogood; Stevie Ray Vaughan;... > Read more

Oli Brown: Take a Look Back 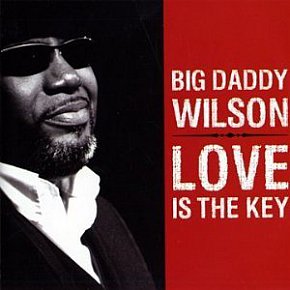 Singer Wilson from North Carolina is yet another of those US blues (and jazz) artists who found a more sympathetic and profitable environment in Europe and these days operates out of Germany playing festivals and clubs across the Continent. Ironically -- because he grew up in the church, listened to country music at home and joined the army at 16 when he was shipped off to European military... > Read more 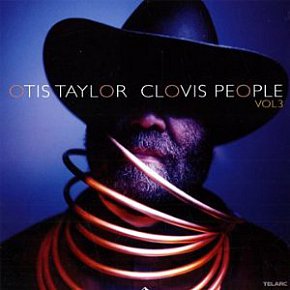 First, there is no Vol 1 or Vol 2, but this addition to Taylor's catalogue of "trance blues" which follows the excellent Pentatonic Wars and Love Songs of last year is certainly a welcome one. Taylor takes a very different view of the blues: while others see it as an idiom with strict stylistic codes if not chord progressions, guitarist-singer Taylor regards it as a feeling... > Read more 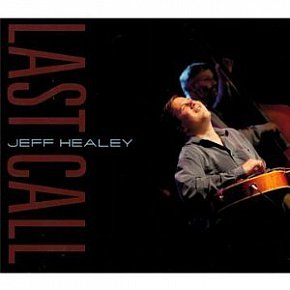 When the singer/blues guitarist Jeff Healey first emerged in the late Eighties there were two critical camps set up: those who heard him as a fiery young player in the tradition of a Stevie Ray Vaughan, and those who thought he was getting the sympathy vote because he was blind. Playing guitar on his lap, he could certainly strip the paint and those early albums put him on a plateau... > Read more

Sitting in his Sydney hotel room, Canadian guitarist Jeff Healey talks lovingly about his collection of 11,000 78rpm records (“I bought another 30 or 40 today in a shop near here.”) And he talks about how he played with Albert Collins onstage in Toronto as that guitarist's guest. It was the turning point in his career. At the end of halt an hour when Healey is called away for... > Read more 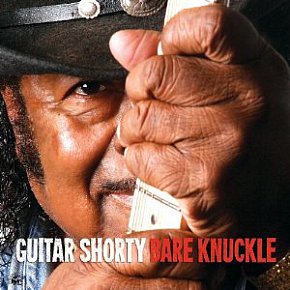 They used to say “when the times get tough, the songs get soft” – but hard times is good times for the blues which articulates the concerns of the downtrodden. And the US economic downturn means hard times which this 70-year old, electric and electrifying guitarist/singer from Texas (on a Chicago label) addresses bluntly in the opener Please Mr President (“lay... > Read more 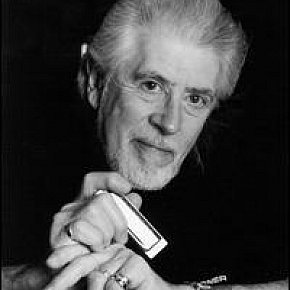 The English musician John Mayall repeats his familiar refrain: he’s never had “a hit record, never won and Grammy and isn’t in the Rock and Roll Hall of Fame“. At 76 and having played professionally for more than 45 years he might have reasonably expected one or more of those. But in 2005 he did get an OBE. “That was a total surprise,” he... > Read more

John Mayall: The Death of JB Lenoir (from Crusade, 1967, with guitarist Mick Taylor) 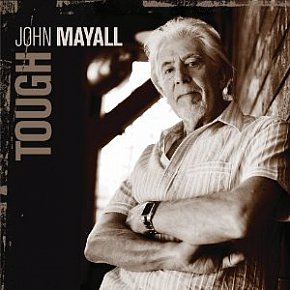 Given this seminal blueman's low profile in the marketplace this past decade or two, it can only be his impending New Zealand tour which has seen the Antipodean release of this, his 57th, album. Yes, 57 -- and that doesn't count compilations. You'd expect by now that John Mayall might have run out of things to say, but not at all. Here he addresses the economic downturn (Tough Times Ahead),... > Read more

John Mayall: How Far Down 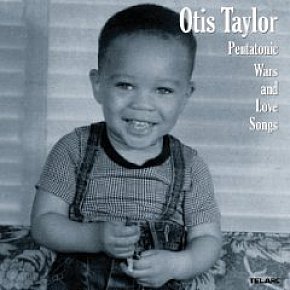 A copy of this album has been in and out of my player for at least two months and I assumed it had already been released some time back and I'd missed my chance to comment. But the amount of repeat-plays it was getting suggested I write something, and now I find it has only just come out. Happy to bring it to your attention then because bluesman Taylor is unlike any other: his last album was... > Read more 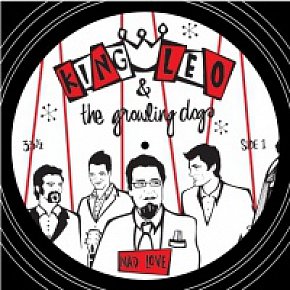 Ahh yes, the "Dunedin sound", huh? Well here's something out of the south which will further confound preconceptions: King Leo LaDell and his tight band haul into tough urban blues territory with the confidence of people who have been schooled on the South Side of Chicago and were nourished on Muddy Waters, Howlin' Wolf and all the other electric and electrifying blues giants.... > Read more

King Leo and the Growling Dogs: Hands of a Maker 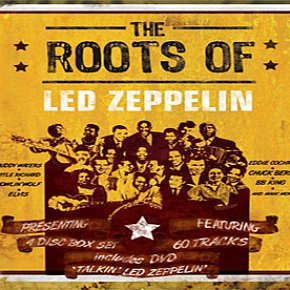 To some small but much lesser degree we've been down this path before with the DVD Down the Tracks: The Roots of Led Zeppelin recently posted here. But as noted, that was interesting enough but hardly got to the heart of the complexity of music Led Zeppelin drew on: rural blues, Anglo-folk, rock'n'roll, Chicago blues . . . This three-CD/DVD set is much better and offers a wealth of... > Read more

Howlin' Wolf: How Many More Years 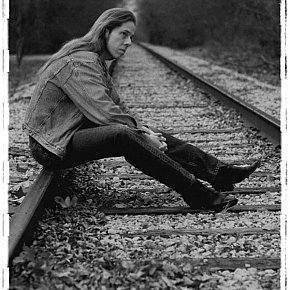 Singer-guitarist Danny Click, from Austin, the capital of live music in America, laughs about a description he heard of his playing style: "I'm not really country and I'm not really total blues - and I'm definitely not hardcore thrash rock'n'roll. In Austin all the minor sub-categories are mixed up but I don't fit any of them sometimes. "Someone once described my sound as Jimi... > Read more 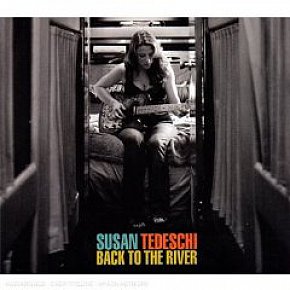 This raw and soaring blues-rock singer and guitarist has been mentioned in Elsewhere dispatches recently, but only as the wife of slide guitarist Derek Trucks. Very much her own person however, she opens this album with a full throated attack of the kind that has rarely been in rock music since the late Janis Joplin. In an age of coy and infantile women singers who come on like coquettish... > Read more

Susan Tedeschi: Back to the River 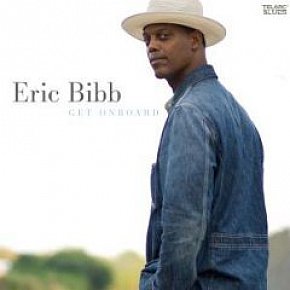 From the haunting opener Spirit I Am though to the country-blues reworking of the old Civil Rights song Stayed On Freedom which closes this exceptional collection, this 57-year old, Helsinki-based folk-blues singer from New York confirms that he is one of the great writers/interpreters of this tradition-to-the-future idiom which touches soul, gosppel, folk, blues and pop with equal lightness.... > Read more

Eric Bibb: Spirit I Am It's odd that this album should be called "Presenting" given that Auckland-based guitarist Billy TK Jnr has been taking his brand of tough Texas blues around the bars and clubs of New Zealand (and to Texas) for about two decades. Perhaps the reason he isn't a household name is that he has been known to take sabbaticals and go get "a real job" (banking once if I recall,... > Read more

Billy TK Jnr: Nothing But the Blues