Just a consumer service here: this is a stacked thick, 13-song collection of Chicago blues on the Alligator label fronted by singer Oscar Wilson and harmonica honker/singer Joe Nosek who wrote almost everything here – and although within the genre of hard-edged blues they bring a smidgen of rockabilly in places – and deliver with energy, singalong pleasures and some hints of... > Read more

Poison in My Whiskey 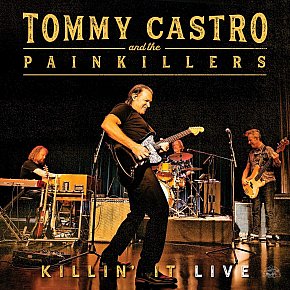 Long-serving blues singer/guitarist Tommy Castro has been a winner of the BB King Entertainer of the Year (among many accolades) and this one recorded crisply in various venues in California, New York, Michigan and Texas finds the four-piece in typically incendiary form on mostly originals but also a funky take on Sleepy John Estes' Leaving Trunk and an eight minute workout on Buddy Miles' Them... > Read more 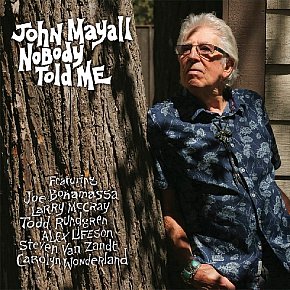 Now 85, John Mayall is like the great-grandfather of British blues. More than half a century ago however he was akin to a wise uncle for a generation of players at least a decade younger than himself who passed through his influential Blues Breakers, among them Eric Clapton and Jack Bruce (off to form Cream and beyond), Peter Green, Mick Fleetwood and John McVie (who went off to form Fleetwood... > Read more Unlike so many other bluesmen and women of his era, Blind Boy Fuller (1907-1941) lived a life that was well documented, enormously prolific and fairly profitable by the standards of the day. When he died at just 33 – complications following an heroic consumption of booze in his short life – his friend Brownie McGee recorded The Death of Blind Boy Fuller to commemorate the... > Read more For her Alligator debut singer/drummer Lindsay Beaver lives up to the label's remit of tough blues, and the album title. She's a real blues belter in the manner of Etta James (but in front of an augmented power trio) but can also flip back to late Fifties rock'n'roll and New Orleans rock'n'soul (Don't Be Afraid of Love with Marcia Ball on piano-hammering duties on the former, as Fats Domino... > Read more 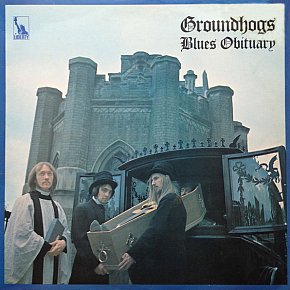 The Groundhogs are not a band you hear much, if ever, mentioned these days. They emerged at the start of the British blues boom in the early Sixties and – with singer/guitarist Tony McPhee as the sole constant in their ever-changing line-up – they have been around off and mostly on ever since. Their low profile (they rarely get a mention in most rock histories, even British ones... > Read more

Light was the Day 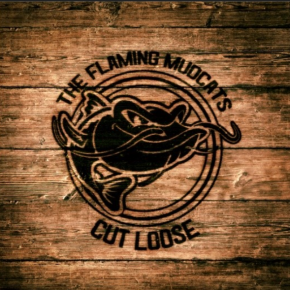 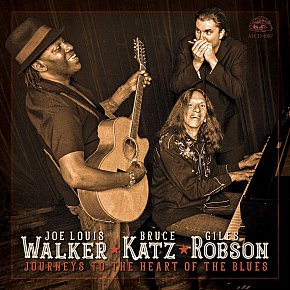 Although singer-guitarist Joe Louis Walker would be the immediate name-hook here for blues enthusiasts, the prime mover behind this was respected British harmonica player Giles Robson who met Walker at a Dutch festival, sat in with him and hatched the plan to record in upstate New York with him and pianist Bruce Katz (who had played with Ronnie Earl, Gregg Allman, John Hammond and others).... > Read more 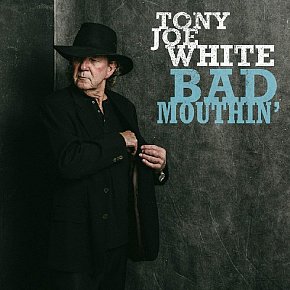 Those who go to Tony Joe White concerts are really into his music. They have to be because there is no “act”: He just sits down and plays guitar, often deep in shadow and wearing a head hiding hat. So for those longtime fans of his particular style of swamp rock and country-blues this album catches him much like that, just him and guitar for the most part (sometimes with drums... > Read more At first glance we mistook this for Chicago the band playing the Rolling Stones (and that would have been a quick goodbye) but of course it makes sense that Chicago (the city) blues musicians would pay tribute to the band which, as soon as it had a chance, went to Chess Studio in the city to meet their heroes and to record. And their last album Blue and Lonesome tipped the hat again.... > Read more 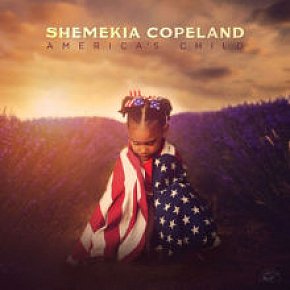 This daughter of famed tough Texas blues singer/guitarist Johnny Copeland pulls in a remarkable supporting cast for this, her eighth album: Steve Cropper, Rhiannon Giddens, John Prine (on his own Great Rain), Mary Gauthier pedal steel player Al Perkins, Emmylou Harris . . . But of more note – especially in an America so divisive and divided – is her two opening salvos Ain't Got... > Read more

Ain't Got Time For Hate Although most people might not know it, the tenacity of Darren Watson (and animator Jeremy Jones) created a landmark ruling in this country pertaining to freedom of speech and the right to express a political opinion without it being labelled as partisan and therefore a political advertisement. Watson’s song Planet Key – far from his finest musical moment it must be said –... > Read more 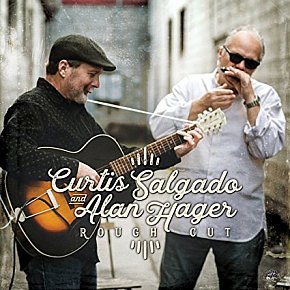 Elsewhere has doubtless made this observation previously but it remains true: the blues gets little airplay, there are few enough albums released (and consequently sold) yet whenever a decent blues band or solo artist turns up in New Zealand they can always pull an audience. There is a musical demographic out there which appreciates the blues – although it does seem to be aging.... > Read more

I Will Not Surrender 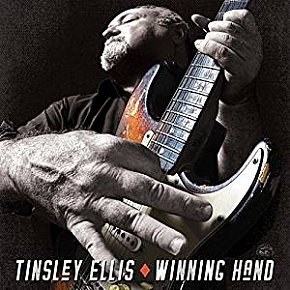 The remarkable thing about Chicago's Alligator label – and singer-guitarist Ellis who started his career on it three decades ago – is just how consistent the quality of their innercity blues has been. Often you hear a new Alligator album and feel that time stopped back in the hard-scrabble days for raw blues back in '66 or maybe '76. Another of that American... > Read more 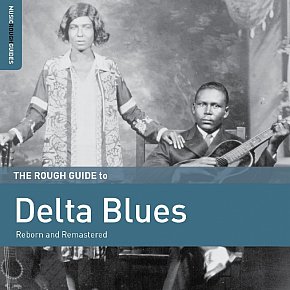 Tommy Johnson is one of the more interesting figures in the shadowland of the Delta blues of the Twenties: he recorded fewer songs than the acclaimed Robert Johnson who was no relation (just 16 in '28 and '29) and recent research has suggested that Robert inherited the legend of his pact with the Devil at the Crossroads from Tommy who had made that claim. Tommy Johnson was also quite... > Read more The Alligator collections are always worth hearing because they serve two purposes; a catch-up with the Chicago label's recent signings and some terrific tracks from the label's enormous and credible back-catalogue. Billed as "genuine houserockin' music" (one of their greatest acts was their first signing, Hound Dog Taylor and the Houserockers), Alligator music cuts straight to... > Read more Despite commercial success and enthusiastic audiences at his shows, bluesman Bonamassa is also a divisive figure: many blues guitarists for example see him only as a sum of his considerable influences and not adding much originality. However he was also recently voted best blues guitarist by Guitar World so . . . That former opinion however was confirmed by the second, electric, half of his... > Read more Late last year Elsewhere essayed the life and music of the great Blind Willie Johnson, the man who gave blues (and then rock and country) such cornerstone songs as It's Nobody's Fault But Mine, John the Revelator (which appeared on the Harry Smith collection) and Dark was the Night, among many others. Johnson was a man for whom Jesus and Satan were as real as his fellow travelers on this... > Read more 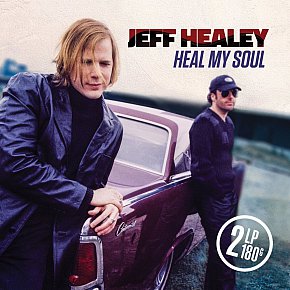 Blind blues guitarist Healey – who died in 2008 – would have been 50 this year and these previously unreleased songs confirm he was in a class of his own (Mark Knopfler, George Harrison, Benmont Tench and many hardcore black blues musicians happily played alongside him). A Canadian, he had jazz and the sound of old 78rpm records in his soul, but couldn't be confined to any... > Read more

Daze of the Night Here's one literally pulled from the vaults, a decade after the death of pianist Johnnie Johnson who was there for all those classic, early Chuck Berry sides. In the Eighties and Nineties, Johnson finally enjoyed a career under his own name (Johnnie B. Bad from '92 is excellent) and along the way became friends with the Kentucky Headhunters. The story behind this album is that the day... > Read more