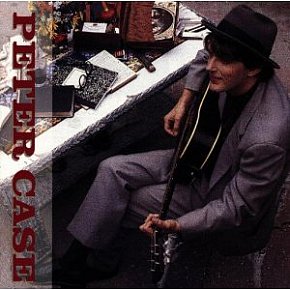 For six months after its release, at least three times a week, I would play this album. Night after night. I had been given a cassette tape which I had in the kitchen and while making dinner for my kids, only stopping to hear Alistair Cooke's Letter From America on the radio, Peter Case would be on permanant repeat. One night one of my boys came in and stood listening, for what would... > Read more

Walk in the Woods 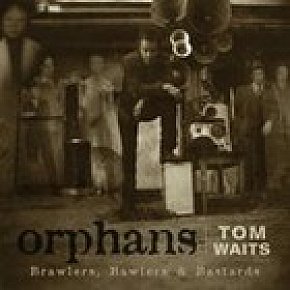 The American journalist Robert Wilonsky once observed of Tom Waits' music, either you like the sound of a barking dog, or you buy yourself a cat. Those of us who love and admire Waits' work live with the sound of the barking dog. Waits may have often made a beautiful noise, but it was a noise nonetheless. From a bohemian barfly poet with an affection for the Beat Generation, Frank... > Read more 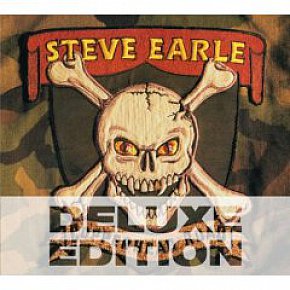 Of all the artists to emerge in the past two and a half decades, you can effortlessly make the case that Steve Earle has moved the most. With confidence, and often great success, he has worked within genres we might define as country, folk-blues, alt.rock, bluegrass, country-rock . . . Earle has been a provocative political voice (pro-Kerry, anti-Bush and the wars in Iraq and... > Read more

Steve Earle: Back to the Wall 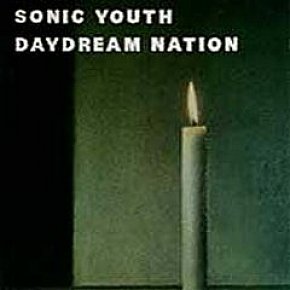 There are some albums (such as Sgt Peppers) which so crystallise their period that you cannot imagine that era without them. Then there are others (The Velvet Underground's debut) which appear to stand so diametrically opposed to the prevailings movement of their time that it is usually only in retrospect their impact and importance can be truly appreciated. Sonic Youth's Daydream Nation of... > Read more 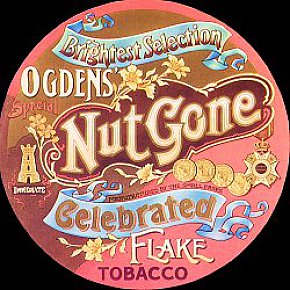 With Small Faces' brief catalogue of albums now remastered and reissued, their growth towards Ogdens' Nut Gone Flake -- famously in a round cover like a tobacco tin and with panels that opened out -- can now be traced to this, their finest moment. Singer/writer/guitarist Stevie Marriott was one the great British r'n'b singers and the band of singers/writers Ronnie Lane and keyboard... > Read more 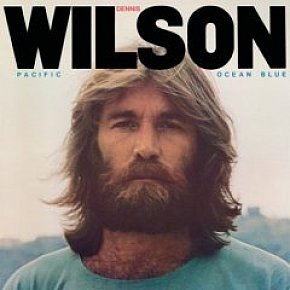 It was a tragic irony that Dennis Wilson, the only genuine surf-rat in the Beach Boys, should have drowned. But by 1983 when he died in the waters of Marina Del Rey, he was a spent force who had succumbed to alcohol, depression and cocaine -- and he'd only recorded one solo album, Pacific Ocean Blue in 1977. That was also a tragedy because POB suggested that if anyone could have carried the... > Read more 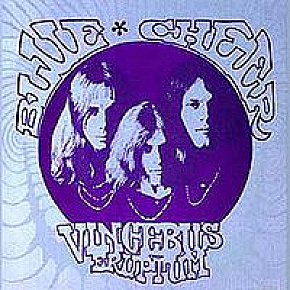 For many decades I kept a clipping about Blue Cheer and this particular album inside the record cover, and of course when I went to look for it recently it was gone. But the gist of it was this: Blue Cheer were the loudest band in the whole history of ever, according to the writer, and when they recorded this monster in a North Hollywood studio they blew out all the speakers or the desk (the... > Read more 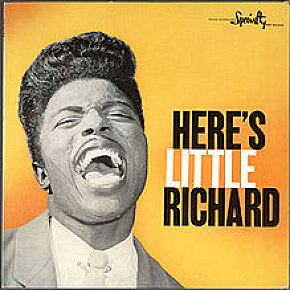 Among John Lennon's distinctive and funny drawings is a cartoon panel from '79 of him out walking with his son Sean. They encounter a character on the street who tells him "I've been getting in to jazz, man!". Lennon's witheringly funny reply is, "I've been trying to avoid it all my life". In his musical taste at least, Lennon was remarkably consistent. When he said... > Read more 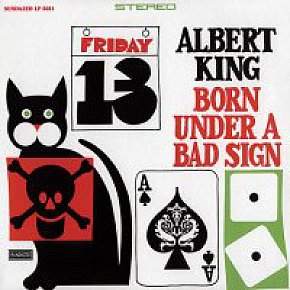 By the time Albert King started recording the music which would appear as his seminal Born Under a Bad Sign album, he'd been around and seen around for so long he'd reached a point – at age 43 – where he knew who he was and what his sound had to be. King's story until these sessions also mirrored the progress of the blues from its acoustic rural origins in the South to the... > Read more 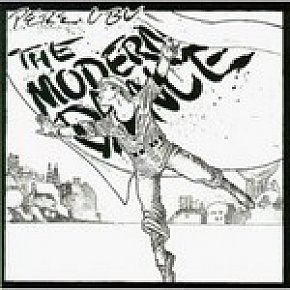 It has become fashionable lately to speak of “post-rock” and cite bands such as Tortoise, Sigur Ros and Explosions in the Sky as being groups which use the tools of rock, but create music that isn’t identifiably within the rock genre. Of course nothing comes from nothing and there may just be precedents for post-rock -- such as Pere Ubu out of Cleveland who, in the mid... > Read more 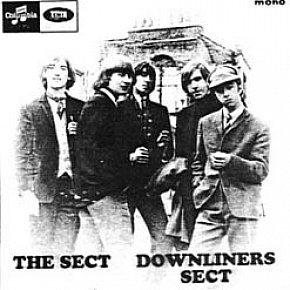 Some people live interesting lives . . . but when it comes time to check out their timing is appalling: the author Aldous Huxley (Brave New World, The Doors of Perception) died the same day John F Kennedy was shot (you can guess who got the greater coverage) and Dean Martin checked out on Christmas Day which isn’t the best time to get a nice obituary. Phil Lynott of Thin Lizzy also... > Read more

Downliners Sect: Be a Sect Maniac 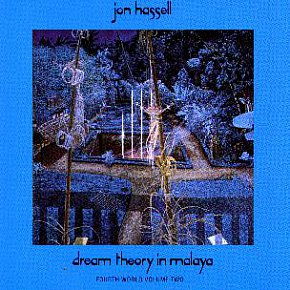 When I imported this album in 1981 it was on the basis of faith: faith that the Melody Maker writer who had hailed it was on the money, that Brian Eno who appeared as a collaborator and on whose EG Music imprint it appeared was right, that it would be as good as their previous collaboration, and that it would arrive intact. My faith was vindicated on all counts and the album has proved a... > Read more By the time of the Tanx album in 1973, things were starting to go sour for T.Rex's frontman Marc Bolan. He hadn't cared when his old champion John Peel had dismissed his glam pop for its shallowness, or that Bowie and others were starting to snap at his heels. He was in fact oblivious to it all, he was far too busy being the star he always wanted to be. So he perhaps never noticed that the... > Read more 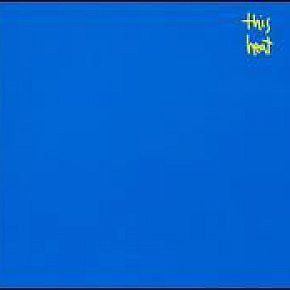 Understandably, many hail the Sixties as the greatest ever decade for popular music: the undeniable brilliance of the Beatles and what they spawned on both sides of the Atlantic, not to mention globally; the whole shift from pop to rock, and from singles to albums, which freed minds and arses that followed; the innovations of Hendrix, Cream and Pink Floyd; Captain Beefheart and Frank Zappa; the... > Read more

This Heat: The Fall of Saigon

In Ted Bafaloukos' '78 film Rockers -- a lightweight comedy but excellent quasi-doco about the world of Jamaican music with a stunning cast of reggae luminaries -- there are any number of remarkable scenes: the lead character is a drummer (played by Leroy "Horsemouth" Brown) who puts a down-payment on a motorbike with the idea of selling cheap records into shops all over the island.... > Read more 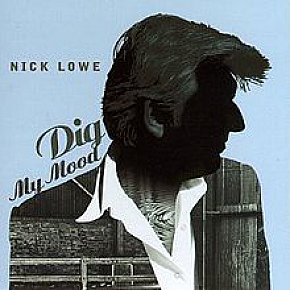 It is coming up close to two decades since Nick Lowe -- once a laddish and witty figure in British rock in the immediate post-punk days -- decided to take the long view on his career and reposition himself. As he told Elsewhere late last year, “Back when I first got noticed in the Seventies it was for being rather irreverent and popping bubbles, and I was a bit cheeky. A certain... > Read more 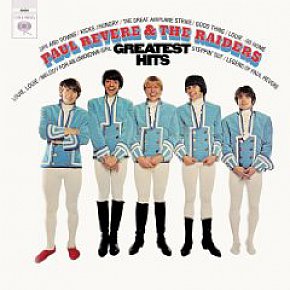 Yes, a greatest hits collection does look a bit like cheating for an Essential Elsewhere album. But wait, there’s a good reason. Back in the mid-Sixties after the Beatles breakthrough when groups were popping up everywhere from Seattle to Sheffield, few record companies -- let alone the bands themselves -- expected they might make more than a single. So if a band cracked a hit it... > Read more 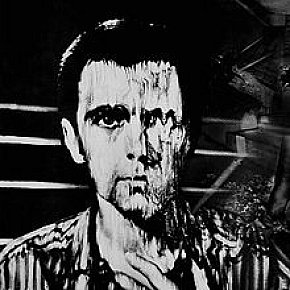 When Peter Gabriel released his third solo album -- the third to simply be entitled "Peter Gabriel" although widely known as Melt after its Hipgnosis-designed cover image -- it was met with almost unanimous and unequivocal approval. Even the notoriously hard to please punk and raw rock advocate Nick Kent, writing in NME, hailed "the sheer ferocious power of conceit, vision... > Read more

And Through the Wire 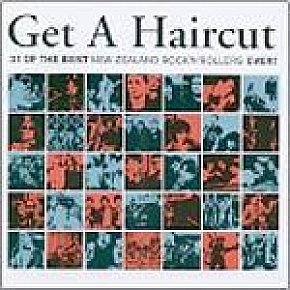 Back in the mid Sixties Auckland’s Fair Sect Plus One -- originally an all-girl band called the Fair Sect who adopted the new name with the arrival of their male drummer -- released a terrific single with a raging bagpipe solo. At least I think it was terrific, I can’t say for certain. I only heard it once -- on a transistor radio in Allan Parson’s car while careering... > Read more 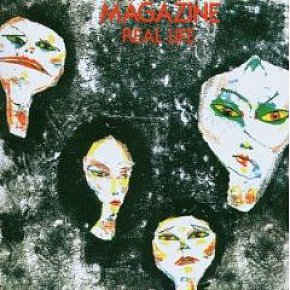 If there was a godfather of the Manchester scene in the Eighties there's a good case to be made that it wasn't Tony Wilson (who founded the Hacienda and Factory Records) but that it was Howard Devoto, singer and songwriter for Magazine, the band he formed in 1977. In that crucial year Devoto promoted the two local concerts by the Sex Pistols (poorly attended but hugely influential) and had... > Read more

Shot by Both Sides (single version)