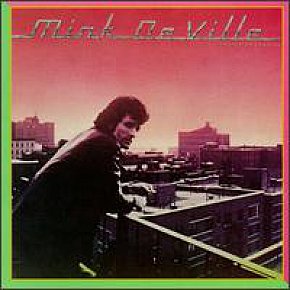 The curious things about the life of Willy De Ville was not that he succumbed to pancreatic cancer in early August 2009, but that he had lived so long. He was 58 when he died -- but from the time he appeared on the post-punk New Wave scene in New York in the early Eighties he seemed to be destined for a short but bright flight. He was junkie, his first wife would pull a knife on rock... > Read more 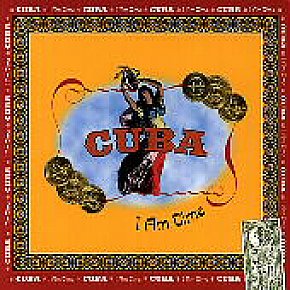 When any art form has success, especially if it is unexpected, you can expect the ripples for a long time afterwards . . . and like ripples when a stone is thrown in a flat pond, they are of diminishing impact. So when Gladiator had phenomenal success you didn’t have to wait long for a slew of increasingly bad sword’n’sandal epics. And when the Buena Vista Social... > Read more 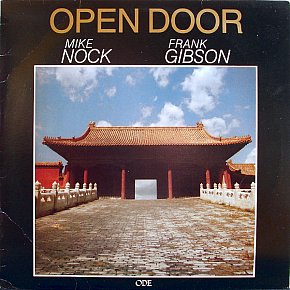 When expat pianist/composer Mike Nock and Auckland-based drummer Frank Gibson got together in '87 to record these duets both men were at interesting points in their respective but separate careers, but neither had played together much. Their sole recording together released prior to these sessions -- they had played on some Radio New Zealand programmes together with bassist Andy Brown --... > Read more 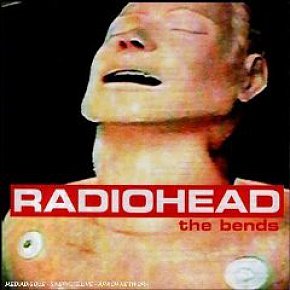 There is an easy and convincing case to be made for Radiohead's more obvious OK Computer of '97 -- or the even more edgy Kid A of 2000 -- as an Essential Elsewhere album. But The Bends was their turning point. This was the album which took them from the pop culture hit Creep (which appeared in the teen comedy Clueless where the main character's favourite music was by "the... > Read more 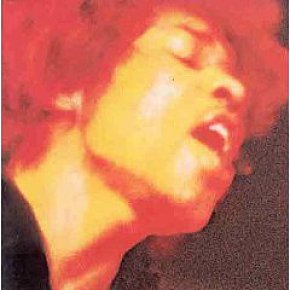 There's a very good case to be made that The Jimi Hendrix Experience album of 1967 was the most accomplished and innovative debut of the rock era. (Indeed I hope I made the case for Are You Experienced at Elsewhere with my free-ranging, autobiographical essay Jimi Hendrix: In My Life). This was an album which changed the boundaries of what was possible on guitar -- and by extension in rock... > Read more 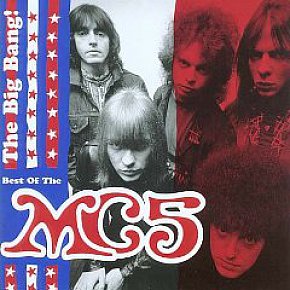 Writing against the tenor of these times, let it be said that sometimes there's no particular advantage in being first. Take Detroit's MC5. Essentially they made snotty, loud, politicised rock'n'roll. Like the Clash? Sort of - except of their era, which was, unfortunately for them, the confusing period at the start of which Magical Mystery Tour coincided with the Velvet Underground,... > Read more 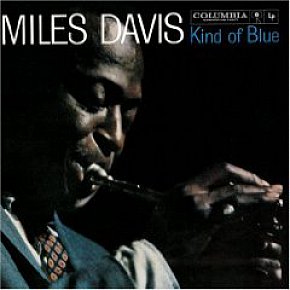 Take it from the Red Hot Chili Peppers' Anthony Kiedis. For slow romantic action when he wants to make out, it's the album he plays. Steely Dan's Donald Fagen likes the trance-like atmosphere it creates, and that it's "like sexual wallpaper." And jazz-rock guitarist John Scofield says that 35 years ago it was so common you knew the people next door would have a copy.... > Read more 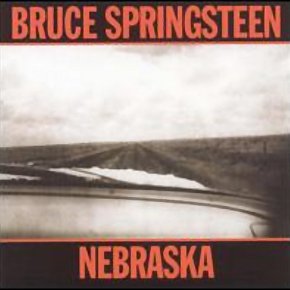 From this distance it is hard to remember just how huge Springsteen was in the late 70s and early 80s: these days disco and punk/new wave get more pages in rock history books, but Bruce Springsteen deserves a chapter on his own. In the States alone Born to Run in '75 sold in excess of seven million, it's follow-up the more bleak Darkness on the Edge of Town three years later about half that... > Read more 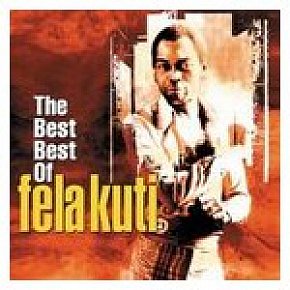 The great Fela -- who died of Aids-related illnesses in 97 -- was a superstar in Nigeria. He single-handedly created incendiary and righteously angry Afrobeat by welding together James Brown funk and the politics of resistance with a huge horn-driven band . . . and no one since has been able to match him for driving, percussive music and on-stage energy.Fela's life was as interesting as... > Read more 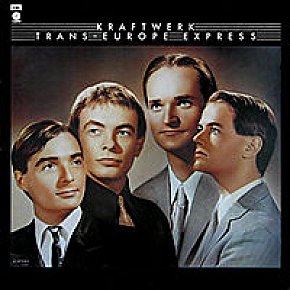 In the rush to acclaim Kraftwerk as electro-pioneers, it is often overlooked how they grew out of the German avant-garde/post-hippie prog-rock scene. As Organisation and on the first two Kraftwerk albums, founders Ralf Hutter and Florian Schneider (and others) engaged in long, almost free-form jams with Schneider playing flutes and bells. After their Ralf and Florian album however the two... > Read more 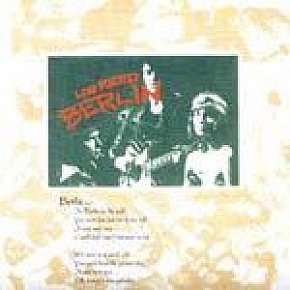 Right from the beginning -- aside from a short period as a jobbing songwriter for the Pickwick label in ‘64-’65 -- Lou Reed’s lyrics had a literary quality. With the Velvet Underground his songs would take the listener to an immediate location (“standing on the corner . . .”) or conjure up characters (“she’s a femme fatale”) in the manner of... > Read more

Lou Reed: How Do You Think It Feels? 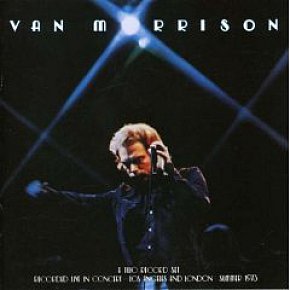 Anyone coming Johnny Rogan's thorough and sometimes exhaustive biography of Van Morrison, No Surrender, to find out why Morrison is such a curmudgeon will learn soon enough: it seems he has always been a grumpy, sullen and, when young, an occasionally violently surly character.  As a child he had lamentable social skills and was terribly uncommunicative. As a teenager,... > Read more

Van Morrison: Into the Mystic 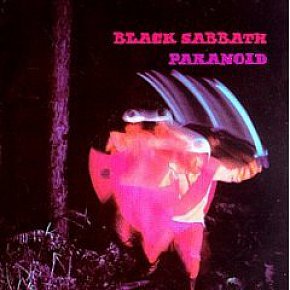 There has always been an enjoyable if largely pointless debate about just who invented heavy metal: with Link Wray with The Rumble in ’58 or the Beatles with Helter Skelter a decade later? Blue Cheer for their classic album Vincebus Eruptum of ‘68? Led Zeppelin or Deep Purple? The answer is obvious, it really doesn’t matter. The fact is that heavy metal -- which a Creem... > Read more 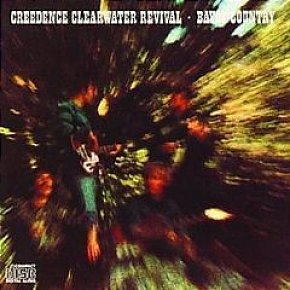 Consider the landscape of rock in 1969, the year of Woodstock and flower power. The big names were Jefferson Airplane and the Grateful Dead; Led Zeppelin had arrived with two thumping albums; there were supergroups (Blind Faith, CSN&Young) and Jimi Hendrix was channelling lightning. Radio had moved to playing album tracks, many long and sprawling, and it wasn’t uncommon for an... > Read more 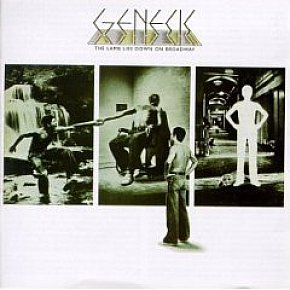 While the jury will probably always be out on what was the first concept album in popular music -- a strong case has been made for Sinatra’s In the Wee Small Hours of 1955 -- the critical consensus about the first concept album in rock has formed around the Pretty Things’ SF Sorrow (’68) which predated the Who’s Tommy by a few months. Of course the Who had previously... > Read more 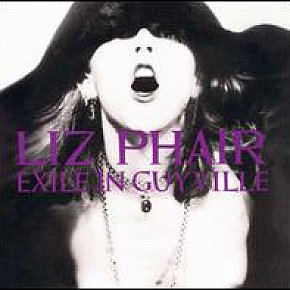 Tribute albums are far from uncommon these days. In fact when you see there are tributes to a band that never existed (The Rutles) and The Muppet Show you could argue this one has run its course. But still they come. Tribute albums to albums are rather more rare -- although there was the all-star collision (Celine, Rod, Faith Hill) on Tapestry Revisited which even had exactly the same... > Read more 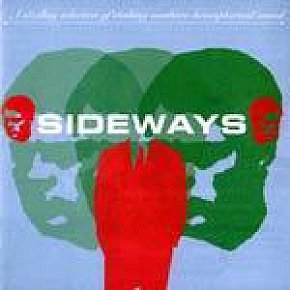 From Loxene Golden Disc Award albums in the 60s through the Class of 81 and the Dunedin Double (82), and the South Auckland Proud collection of 94, the breadth and texture of Kiwi music has often been represented on compilations. And, on reflection, those mentioned also defined their period. The Sideways collection of electronica, bossa-lounge, ambient grooves, scratching and charming... > Read more Jacques Brel is alive and well and living in ... Well, back in his hometown of Brussels, funnily enough. This is odd because Brel (1929-78) was ambivalent about Brussels. "Everyone has to come from somewhere," he would sardonically remark. And Brussels has seemed a bit iffy about him. The great singer-songwriter, who made his home in Paris, called one of his daughters... > Read more 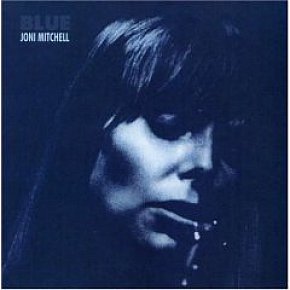 In his 2006 book The Seventies -- excellent digressive but interlocked essays about the cultural and social movements of that volatile decade -- the London-based writer Howard Sounes namechecks singer-songwriter Joni Mitchell any number of times.As he should. Mitchell's albums helped define the Californian singer-songwriter movement which emerged at the tail end of the 60s and introduced the... > Read more 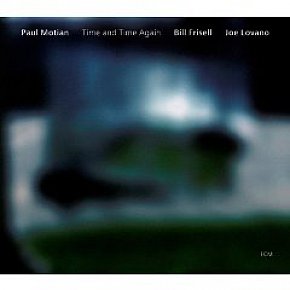 Because jazz is -- as the critic Leonard Feather noted in the closing overs of the last millennium -- the classical music of the 20th century, in it you can hear the human condition reflected. Or in other words, each generation creates the jazz it requires. In the post-war period things adopted a cooler and more sophisticated mood (less dancing, more sitting around thinking, smoking and... > Read more