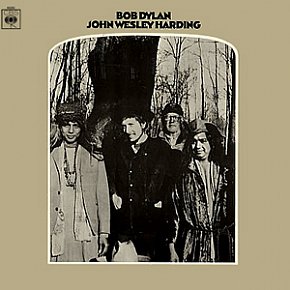 There are of course many albums by Bob Dylan which would immediately go into an Essential Elsewhere list: All of those in that remarkable 18-months recorded between January 1965 and July 1966 (Bringing It Al Back Home, Highway 61 Revisited and the double album Blonde on Blonde); Blood on the Tracks ('74), “Love and Theft” and Modern Times in the early 2000s which signalled a new and... > Read more

All Along the Watchtower 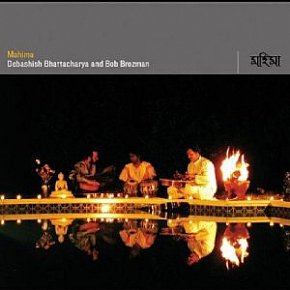 The late American guitarist and raconteur Brozman was one of the unexpected delights at the 2003 Womad, where he appeared with Takashi Hirayasu playing Okinawan folk songs which they took off into the realms of Delta blues, soul funk, punk and boogie. Brozman was one of those irritatingly gifted performers who seemed to acknowledge no boundaries between cultures and styles and immerses... > Read more 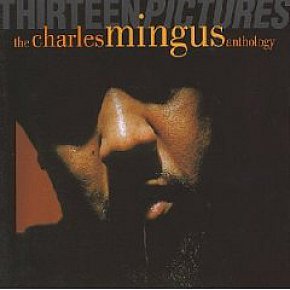 Like Duke Ellington -- with whom he is most frequently (and fairly) compared for the vastness, depth and diversity of his recordings -- no single album could stand as emblematic of Charles Mingus, although many are certainly essential. In fact after The Wire magazine offered its primer on Mingus albums in early 2004 (14 albums under his own name, a Columbia Records compilation and a... > Read more 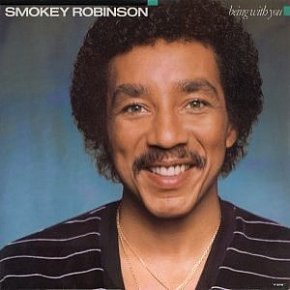 Michael Jackson sometimes said that Smokey Robinson – 18 years his senior at Motown – was the one who showed him that it was permissible for a male to sing high. When Jackson started at Motown of course he had little choice as he was a pre-teen (just listen to I'll Be There in '70 when he was 12 – but after puberty he continued to develop the top of his range like Smokey... > Read more

If You Wanna Make Love (Come 'Round Here) 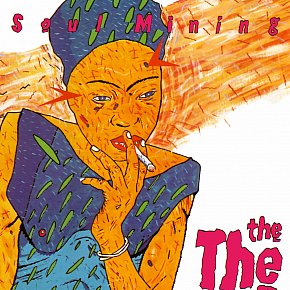 Although British punk fury exploded during the Labour government of James Callaghan (who succeed another Labour leader Harold Wilson, giving them about five years as an increasingly beleaguered minority government) the anger really became focused when Margaret Thatcher's hard-right Conservatives took over and unemployment rose, the recession bit hard, there were strikes and closures in... > Read more 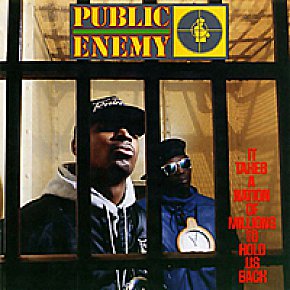 By the late Eighties when this announced itself like a live album with stadium sound from the audience and a siren wail, hip-hop had sprung past the sampling innocence and good times of its early period in Stateside inner-city block parties and cheap steals from bits of vinyl. Within the first few minutes of this confrontational, sometimes annoying but often brilliant album, the global... > Read more

Public Enemy: Show 'Em What You Got 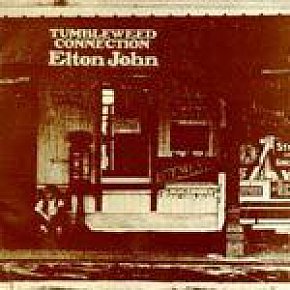 There are some images which are imprinted in my rock’n’roll memory -- one was when the young Elton John played at Auckland’s Western Springs Stadium in October 1971. That’s a long time gone so you have to remember the context: Elton wasn’t the glittery star he later became, in fact he seemed a pretty straight rock’n’roller with only two creditable... > Read more

Elton John: Burn Down the Mission 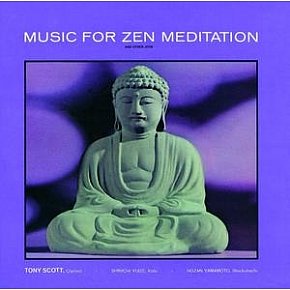 Vangelis had a pointed comment about the vacuous New Age music which emerged in the late Seventies and reached epidemic proportions in the Eighties. He said it “gave the opportunity for untalented people to make very boring music”. Many people said much worse about it because this was music which was often mere sound designed not to be listened to but just to offer some... > Read more

A Quivering Leaf, Ask the Winds 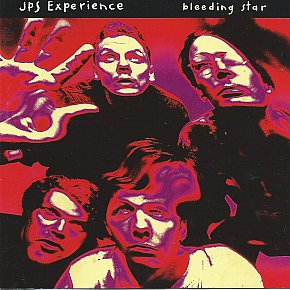 Because – as Elsewhere's favourite philosopher Ken Nordine put it -- “We all see the world from our own disadvantage point”, – we understand there are those who don't see the world from our perspective. So we can happily accept that in Grant Smithies' excellent book Soundtrack: 118 Great New Zealand Albums – to which Elsewhere contributed some pieces... > Read more 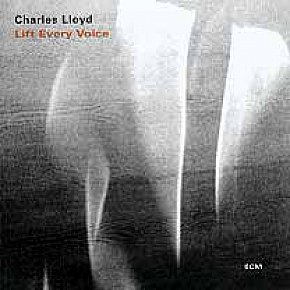 It's a fair bet the average jazz musician earns considerably less than Lenny Kravitz, and probably works a darn sight harder.  Sales of jazz albums are modest – in the US 10,000 was considered a good seller – and not too many jazz musicians find their music used in Tom Cruise or J. Lo movies, let alone lucrative advertisements. Of course some jazz musicians have been... > Read more 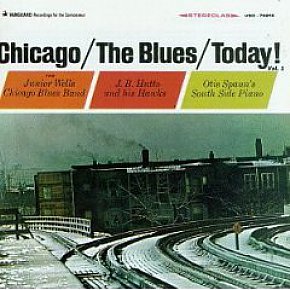 With an American history over a century long, the blues isn't easy an easy journey to begin on: do you go at it chronologically from slave chants and field hollers, or work back from white popularisers like George Thorogood, Stevie Ray Vaughan and Led Zeppelin? Given that most people live in what we might call the post-rock era it might be easiest -- and is certainly rewarding -- to hit... > Read more

Junior Wells with Buddy Guy: Messin' With the Kid

In later years he might have looked like an extra from The Sopranos (when smiling maybe a restaurateur, when sullen certainly a hit man) but orchestra-leader Annunzio Mantovani was one the most popular light entertainers of his era -- which was the period before rock’n’roll hit in the mid Fifties. Most people today would quickly dismiss his sweetly orchestrated albums -- yes,... > Read more 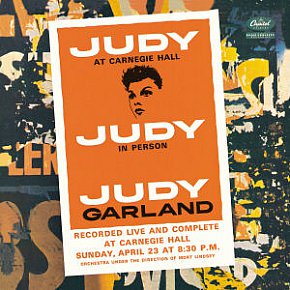 Many people who saw Judy Garland in the final weeks of her life in mid '69 described her in similar terms: That she looked like a sick bird, broken and unable to fly. She was battling a lifetime of debts, betrayals, pills, booze, chronic unhappiness, self-doubt . . . In one of her last interviews she said, “I've worked very hard, you know, and I've planted some of – I've... > Read more 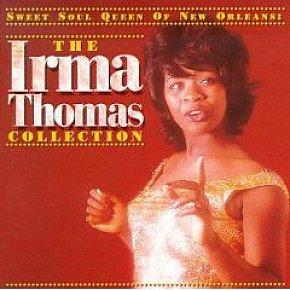 In music, titles are bestowed by The People rather than being handed down from above -- and they are so singular and specific that there can only be pretenders but no replacement figures. So there is only one King of Rock'n'Roll and that's Elvis, only one Queen of Soul and that will always be Aretha, and only James Brown will ever be considered The Godfather. And Irma Thomas will always be... > Read more

Irma Thomas: Wish Somebody Would Care

Long careers generally mean the raw and rough edges of the early days are smoothed out, and that audiences forget just how edgy and unusual the artist’s music actually was. So it is with Dr John whose career reaches way back to playing piano in bars as teenager in New Orleans during the 50s alongside legendary figures such as Professor Longhair and Huey Smith. The Dr -- Malcolm... > Read more

Dr John: Gris-Gris Gumbo Ya Ya 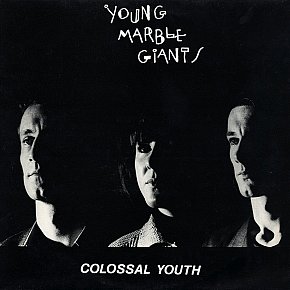 Just as Dylan emerged in the middle of the day-glo psychedelic era on a quieter rural route with John Wesley Harding, and the Cowboy Junkies whispered their way to the foreground amidst the bellicose noise of grunge, so Young Marble Giants emerged in the post-punk era with something quieter and more considered than the jerky anger of bands like Public Image, Gang of Four and The Fall. Their... > Read more

Young Marble Giants: Include Me Out 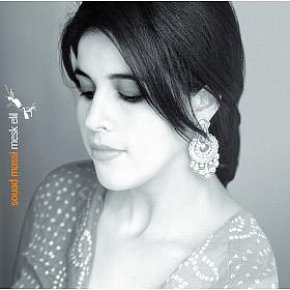 On her two previous albums it was evident that Algerian-born Massi was never going to conform to the prevailing sounds of rai and pop of her homeland. And on this instantly engaging album she takes a step even further away and pulls in Latin sounds alongside her already established, if slightly unusual, blend of Algerian pop-folk with hints of Spanish flamenco music. At its best as in... > Read more 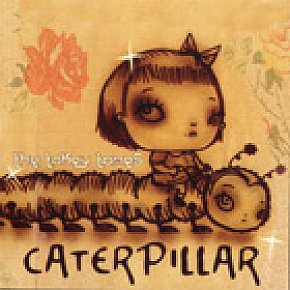 It’s a common occurrence: just when popular music has got up a head of steam, some supportive critical consensus, and is charging off in a particular direction along comes something which, by going the opposite way, captures the imagination. At the height of Day-Glo acid-dropping hippiedom along came the Velvet Underground in all their monochrome gloominess singing about heroin and... > Read more 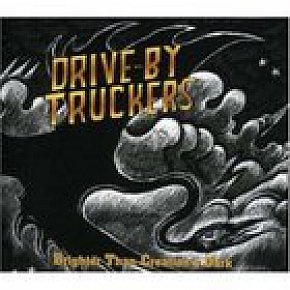 Now more than two decades into their impressive career -- and with more than two dozen live and studio albums behind them -- the Drive-By Truckers out of Athens in Georgia  inspire passionate loyalty for their Southern-framed country rock'n'roll and literate, sometimes provocative, lyrics. They often make you want to crack the top off a beer and kick back, but the words touch some deep... > Read more 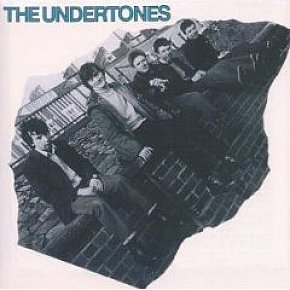 It's a measure of how obsessed rock music is with the present tense that in 1979 Paul Morley in the NME would proclaim, "The Undertones have created the greatest pop of this age and thus every age". That use of "thus" there says so much about the pressing immediacy of the punk era in Britain. New and urgent was what mattered. The Undertones out of Derry, Northern... > Read more

The Undertones: Here Comes the Summer