The Reid Miles-designed cover of this album by altoist McLean is a Blue Note classic. The hammered-out typewriter font blown up large and the thump of the exclamation point hinted at - and the intense opener Eco confirmed - the tough music within. Altoist McLean, born in New York in 1932, studied with his neighbour Bud Powell and played with Thelonious Monk. By the time he signed to Blue... > Read more Sir James Paul McCartney has released around 50 albums under his own name  -- or that of Wings, with his late wife Linda, or under some other nom de disque -- since the break-up of the Beatles in 1970. That's about an album a year, and even if we take out live releases or compilations, his strike rate is astonishingly high -- although diminishing sales returns... > Read more

Paul and Linda McCartney: Back Seat of My Car In early 2009 at the Mojo Honours List celebrations, Yoko Ono and Billy Gibbons from ZZ Top flashed peace signs together, White Lies were acclaimed as the breakthrough act of the moment and the very late Phil Lynott of Thin Lizzy was the recipient of the Icon Award. There was also an award for the best compilation of the previous year. Among the contenders were Dark Was the Night, a... > Read more

Jody's Got Your Girl and Gone, by Johnny Taylor The shrink-wrap that this exceptional album came in provided the clue: "blues woman mauritanienne, transcende les frontieres musicales". And Amen -- or more correctly Allahu Akbar -- to all that. Malouma wasn't "blues" in the same way that say Etran Finatawa or Tinariwen were on a first encounter around the same time. If you were desperately looking for a connection... > Read more When the Wailers – Bob Marley, Peter Tosh and Neville “Bunny” Livingston – split in 1974, each went on independent but obviously interrelated paths. Marley became the first Third World superstar and the global figurehead of reggae, Rastafarianism and ghetto politics, and Tosh remained a rebellious spirit. Although he flirted with mainstream success... > Read more Bitter irony is how Matthew Sweet's small but devoted following might describe his profile and measure of success in the past decade. This gifted singer-songwriter, power-pop rocker and fine interpreter of a lyric gathered kudos for the Under the Covers albums he did with former Bangle Susanna Hoffs. Yes, it's good to know he's picking up change and the albums aren't without interest --... > Read more 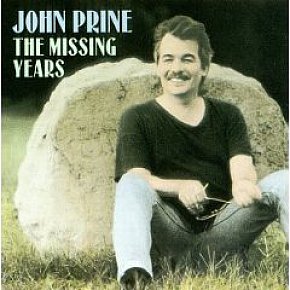 Around the time in the early 90s when he went from cult figure to frontline, American singer-songwriter John Prine got a nice kiss-off line to his entry in the Penguin Encyclopedia of Popular Music: “His live solo act is spellbinding,” the final sentence of his brief career synopsis stated baldly. Well, he’d had plenty of years to get it right. For a couple of decades... > Read more When Max Romeo's Holding Out My Love to You album was released in '81 it came with heavy patronage: Keith Richards was a Romeo fan and had produced some of the tracks . . . so there was a cover sticker proclaiming "Featuring Keith Richards -- Free Colour Poster of Keith and Mick Inside". Romeo had moved from Jamaica to New York a few years previous (he wrote and starred in a... > Read more Although saturated in the sadness which had affected her in the years before this album's recording -- the break-up of a relationship, the death of her mother -- it would be unwise to presume that everything on West had turned on those events: Williams is too smart and too poetic a writer to be quite that literal. That said, she concedes the opener Are You Alright? was directed to her... > Read more R.E.M. didn't invent the genre known as alt.rock or give their music that name, but they – along with Violent Femmes and others in the early Eighties -- came to epitomise it at a time when the musical landscape was awash with studio polished songs by Hall and Oates (Maneater), Michael Jackson (Billie Jean, Beat It), David Bowie (Let's Dance) and the Police (who were everywhere). In... > Read more There are three distinct but overlapping public faces of the great Native American singer/songwriter Buffy Sainte-MarieSainte-Marie: the woman who wrote and sang Universal Soldier and the theme to the film Soldier Blue in the Sixties; the permanent cast member of Sesame Street between '76 and '81; and a lifelong activist in the Native American movement. But there was always much more to... > Read more

The Big Ones Get Away Before the Supremes overtook them – on the charts and in Berry Gordy's affections – Martha Reeves and the Vandellas were the seminal girl group on Gordy's emerging Motown label out of Detroit. In '63 they had three singles on the US charts: Come and Get These Memories, Heatwave which went top 5 on the main charts and to the top of the R'n'B charts, and Quicksand which was... > Read more Some years ago at the invitation of JB Hi-Fi, Elsewhere was invited to create a list of 101 albums of the rock era for The Cornerstone Collection, a small format magazine given away through their stores. It was an enjoyable exercise but challenging because these weren't just my favourite albums – otherwise the list would have included Bob Seger, Dwight Twilley, left-field Neil Young... > Read more Blue Note's periodic reissue of its extensive catalogue ensures that it isn't too difficult to find their greatest albums – this being one of them – but with Point of Departure's reissue on vinyl (in late 2018, readily available on expanded CD with three alternate takes) we get the opportunity to point to it once more. In some ways it is the archetypal Blue Note album: cover... > Read more In February 2019, Janet Jackson – alongside Stevie Nicks as a solo artist, Radiohead, the Cure, Roxy Music, Def Leppard and the Zombies – will be inducted into the Rock and Roll Hall of Fame, an accolade long the preserve of white male guitar-rock artists. The irony of that is if you look at who is up for single and album of the year at the Grammy's: it is predominantly black... > Read more The relationship between some movie directors and composers is so close that it is hard to imagine certain films without their soundtracks: Hitchcock had Bernard Herrmann's gripping scores for Psycho and North by Northwest and others; Werner Herzog with the German avant-rock band Popul Vuh providing the eerie music to Aguirre, Wrath of God and Fitzcarraldo; and Sergio Leone's early spaghetti... > Read more Some time in the late Nineties my phone rang at the New Zealand Herald where I was a senior feature writer with specific interests and responsibilities in music. The young woman at the other end was from a record company with an interview request and seemed nervous, not because I ever made their lives particularly difficult but as the biggest paper in the country we would decline a chat... > Read more You never know quite how people are going to turn out: they find bodies under the floorboards in the house of that polite boy next door, the rebel girl in school becomes a nun, and David Sylvian . . . .? When David Sylvian (born David Batt in Kent, 1958) first appeared on the music scene it was as a member of the glam rock band Japan and it was said he'd adapted his surname from Sylvain... > Read more With the luxury of time, lowered expectation and some haze-inducing drugs, a kind of sublime, relaxed psychedelia can be the happy result.  As in the case of this album by one of Australia‘s finest bands of the Eighties and Nineties. When the Church emerged out of Canberra in the early Eighties they had some of the guitar jangle and post-punk Petty-cum-Byrds which later... > Read more In 2007 when he was 86, the great pianist-composer Dave Brubeck was honoured as a Living Jazz Legend at the Kennedy Centre in Washington DC and received a standing ovation when he and Wynton Marsalis performed These Foolish Things. That was on a Saturday, the following morning he flew to Texas and that night sat on a bed in his hotel but there was no mattress where it could have been and a... > Read more