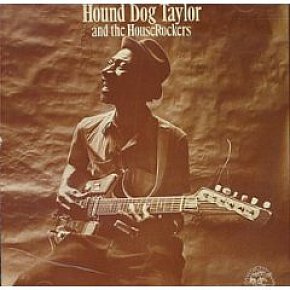 Although the blues can be a sophisticated music, there's something more earthy, vibrant and appealing about it when it is played from somewhere further south than the cerebral cortext. Hound Dog Taylor played from a point somewhere between the heart, the gut and the groin -- and made the most thrilling music to come out of the Chicago blues scene in the late Sixties/early Seventies. The... > Read more 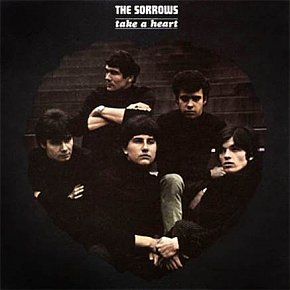 Just as the Beatles '64 album With the Beatles defined the sound of Beatlemania, so too its album cover became iconic and an emblem of the era. Those half-lit faces on the cover were shot by Robert Freeman but perhaps had been prompted by Lennon's appreciation of Astrid Kirchherr's similarly lit photos taken of him, Harrison and Stu Sutcliffe in Hamburg. And that arty look was seen... > Read more 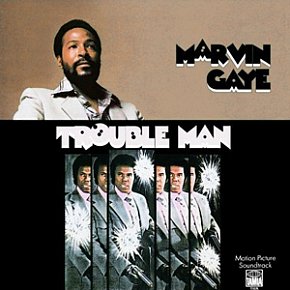 In the sales charts, music history throws up some wonderful anomalies, like the Beatles' innovative double A-side single Penny Lane/Strawberry Fields Forever being kept off the top spot by Engelbert Humperdinck's ballad Release Me in early '67. And that Marvin Gaye's aching lament for his nation and the troubling times of the early Seventies, What's Going On, was kept off the number... > Read more 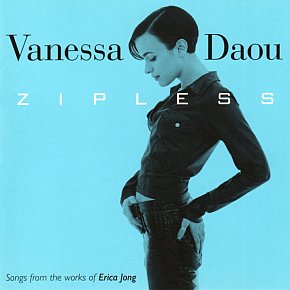 There is sexy music and there is sex music. And there can be quite a difference between the two in execution. Prince made a lot of sex music but slightly less sexy music; Donna Summer and Jane Birkin brought orgasms to music -- and so did Yoko Ono who screamed it to the ceiling and beyond. Ono was sex, the other two sexy. Sometimes Grace Jones could be both. Sexy music -- the... > Read more

The Long Tunnel of Wanting You 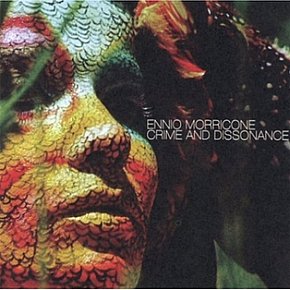 The great Italian composer, arranger and conductor Ennio Morricone will be 88 later this year, but he is still as productive as ever. And in February he conducted a concert of his music at London's O2 for which he had on stage the Czech National Symphony Orchestra, the Csokonai National Choir, soprano Susanna Rigacci and the Kodaly Choir. Oh, and a rock band. Right there you get... > Read more

For an album which is a cornerstone in any serious consideration of the British blues boom of the Sixties, the Blues Breakers record -- John Mayall with Eric Clapton -- of July '66 hardly had an auspicious gestation. In March '65 Mayall and the Blues Breakers had been dropped by their label Decca after just one album (a live outing, John Mayall Plays John Mayall) and across on the other... > Read more 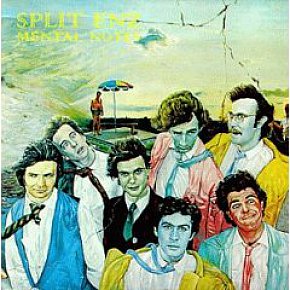 In 2000, when Rip It Up magazine (now in the responsible hands of Simon Grigg of audioculture.co.nz) collated votes to determine the top 100 New Zealand albums in the most recent-whenever, it was inevitable Split Enz' dramatic 1975 debut Mental Notes would come out at the top. Such lists are often compiled with little sense of history beyond last year's last-thought . . . but Rip It Up's... > Read more 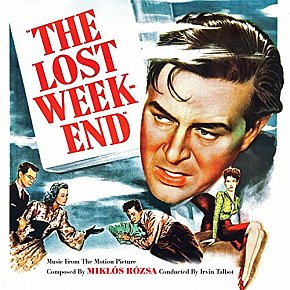 The Hungarian-born composer Miklos Rozsa -- who died in '95 -- has a rare accolade in his long career as a composer of film soundtracks: when his music for the Hitchcock film Spellbound won an Oscar, he beat out two other scores, both of which he had also written. Those two were the music for A Song to Remember (about Chopin) and The Lost Weekend (about an alcoholic). For both... > Read more 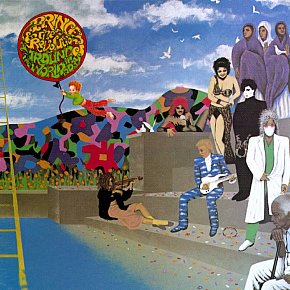 Even before he was cremated a few days after his death, the world was abuzz with how much previously unreleased music Prince Rogers Nelson – aka Prince – had left behind. Those who had seen it spoke of a massive vault of recordings and, tantalisingly, among them were probably the sessions he did with Miles Davis. That said, the reason they remained in Prince's vault... > Read more 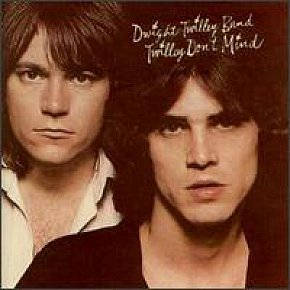 The wonderful, and possibly apocryphal, story about this band is that Dwight Twilley and Phil Seymour went to see the Beatles' film A Hard Day's Night together in 1967 -- a bit late when you think it was released three years previous -- and immediately decided to form a band. It would be equally wonderful to report they were an overnight success, but in fact  -- aside from the '75... > Read more 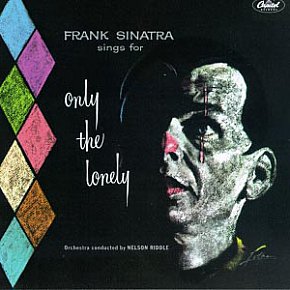 Although neither his best known long playing record from the era (the LP format was just kicking off) nor his biggest seller of the late Fifties, Frank Sinatra's Only the Lonely is an outstanding collection of themed songs. His best known albums from this period are In the Wee Small Hours from '55 (long an Essential Elsewhere album), Songs for Swinging Lovers! and Come Fly With Me... > Read more

It's a Lonesome Old Town 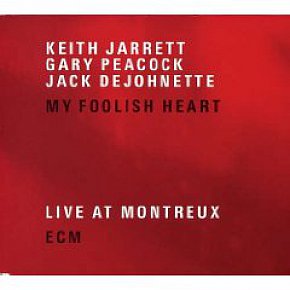 Most people who know his music don't come to albums by jazz and Elsewhere pianist Keith Jarrett expecting to snap their fingers, smile at the swinging grooves and generally enjoy the good humour on display. Jarrett is usually a furrowed-brow listen, or in an instructively meditative mood. His emotionally dense, improvised solo piano work in the Seventies redefined the jazz idiom and... > Read more 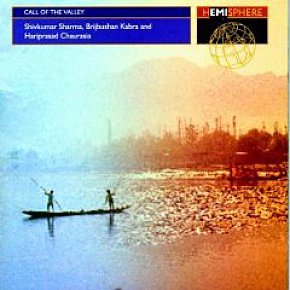 When this beautiful, elegant tone poem of Indian classical music was reissued in 1995 on the EMI Hemisphere label (with three extra tracks), people like me with a long affection for Indian music could hardly believe our luck. It was one of those long-hard-to-find albums -- although it had been kept in print in India, where I'd bought a bad copy on cassette in then-Calcutta -- Call of the... > Read more 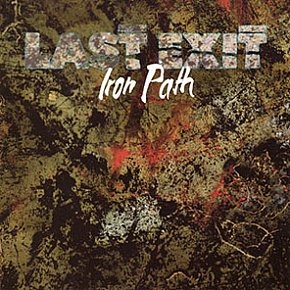 When this album was recorded in the late Eighties, free jazz had been largely consigned to the "blind alley" by jazz writers. By then mainstream American jazz critics had been foolishly distracted and seduced into exercising themselves into the whole neo-con debate which Wynton Marsalis and his acolytes (remember them?) had wrought upon jazz. At the time there was one of those... > Read more 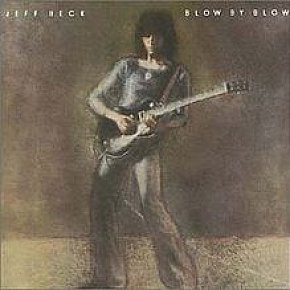 Even the guitarist's biggest fans concede Jeff Beck rarely makes a truly satisfying album, but this -- the seventh under his own name -- was the exception. In 1968 after his stint in the Yardbirds came to a natural end, he formed what in retrospect was a supergroup. It included singer Rod Stewart, bassist Ronnie Wood, and journeyman drummer Mick Waller, plus guests Jimmy Page and John... > Read more

Cause We've Ended as Lovers 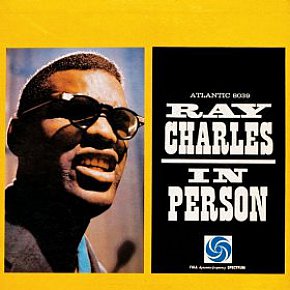 The legendary song-plugger, record exec, talent scout and record producer Jerry Wexler (who coined the phrase "rhythm and blues"  in '49 for Billboard magazine's black music charts in place of "Race Records") said in his 1993 autobiography Rhythm and the Blues; A Life in American Music -- co-written with David Ritz -- that Ray Charles was the first and only one of three... > Read more

Drown in My Own Tears 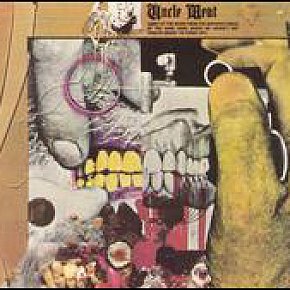 While it is entirely possible to live a happy and fulfilled life without hearing any music by Frank Zappa and the Mothers of Invention, there really is no need to be so deprived given the extensive re-issue programme that was undertaken after his death in 1993. And, Lord protect us, it arrived all over again in 2012.  All the Zappa/Mothers albums are out there already on... > Read more 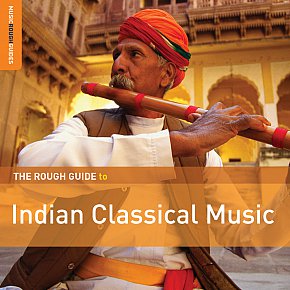 Elsewhere makes judiciously considered entries under its Essential Elsewhere albums, and we avoid the obvious (no compilations, greatest hits and so on). Those are easy options and anyone with a laptop could pull together a serviceable, if only ordinary, "essential" collection. You could probably even do that for fairly obscure artists like Popul Vuh and Solomon King. But our... > Read more 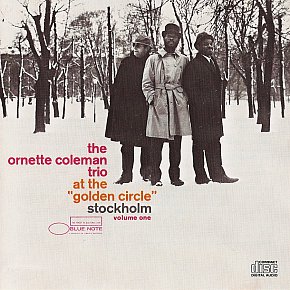 As far as I can see by looking back, Ornette Coleman is the first artist to have two entries at Essential Elsewhere, he has appeared previously with The Shape of Jazz to Come. Although, to be honest, he should also be here for Virgin Beauty (1988) but the damn thing is out of print. However this classic Coleman album recorded in Sweden is not just essential, but is now readily available... > Read more 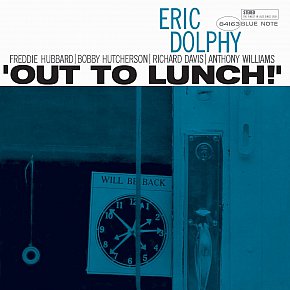 The sudden and unexpected death of saxophonist/flute player and clarinettist Eric Dolphy just months after these exceptional studio sessions for the Blue Note label robbed jazz of one of its most distinctive voices, and left many questions hanging about where the 36-year old might have taken his music. Already he had worked with Charles Mingus, Max Roach, George Russell and John... > Read more

Something Sweet, Something Tender