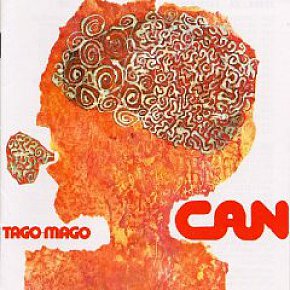 Only a rare band could count among its admirers and proselytisers the young Johnny Rotten, David Bowie and Brian Eno, eccentric UK rocker Julian Cope, and Bobby Gillespie of Primal Scream. Oh, and various contemporary classical composers, Thurston Moore of Sonic Youth, and post-hippie rock fans. But then, Can from Germany were a rare band indeed. Because the albums recorded in... > Read more

A few years ago when I was on the island of Kaua'i in the Hawaiian chain I went into a CD store in the pretty town of Hanalei on the north east coast. I was looking for some compilations of classic Hawaiian musicians such as Sol Hoopi whose music I recall from 78rpm discs my dad had. The otherwise excellent shop didn't have any, but my wife picked up a disc and said, "This looks... > Read more 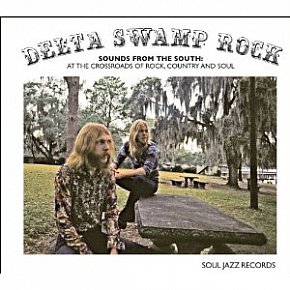 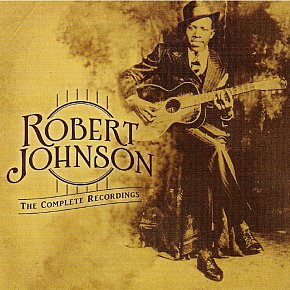 Those who were there say everything changed when he walked in the room and started to play. He’d been away a long time -- learning guitar was what they said -- but the last time anyone had seen him he was an uppity kid and not that good. You can imagine how it must have been that Saturday night in a small run-down club in Banks, Mississippi. The old guys are hanging out and this slim... > Read more

Hellhound on my Tail 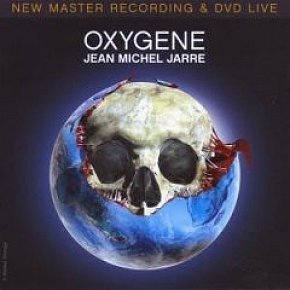 Sometimes in history there comes that rare conjunction of the artist, the time and the art. In the case of Jean Michel Jarre it seemed they were all out of alignment. He could not have chosen a more inhospitable climate into which release his work. Jarre's album Oxygene came out in France in 1976 but wasn't given release in Britain until the following year.It was the height of... > Read more 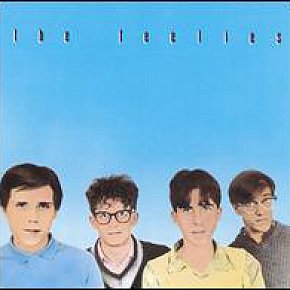 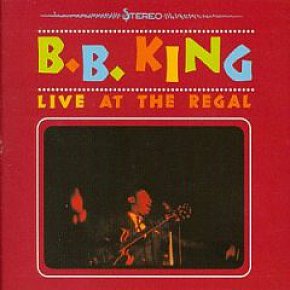 With his royal surname, a 60-year career which has earned him Godfather status, a sophisticated demeanour and dapper suits, and his own chain of nightclubs it is hard to see BB King as an earthy and edgy blueman: the guy who used to play 300 nights a year, who has fathered at least a dozen children to as many different women, the one who grew up on a plantation in Mississippi and... > Read more 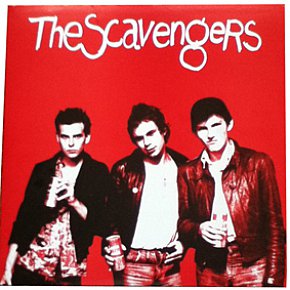 We all have musical moments written into our autobiographies. The emblems afterwards -- the album, concert ticket or scar beneath the eye -- are inadequate to convey the emotion you experienced, whether it was when Tina Turner belted out your favourite-ever song to you personally (and 35,000 others), or when you got nailed at Zwines in Auckland by some pogo-ing punk back in the late... > Read more

The Scavengers: Money in the Bank 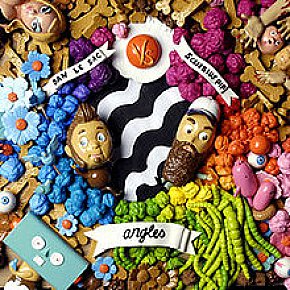 Hip-hop's global reach was achieved well over two decades ago now, and because "the word" is the most important medium for a message in any culture it's no surprise that just about anywhere on the planet where there are words, so too there are rappers. In a decade -- from the early Eighties -- rap went from an inner-city movement by the disenfranchised (party music a lot of it) to... > Read more 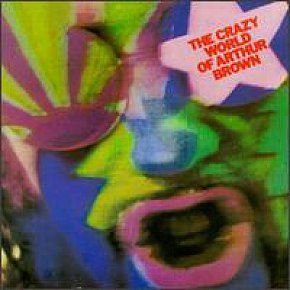 By the latter part of the Sixties there was a clear difference between how American and British "hippies" perceived "the psychedelic era". If it's true that no music movement comes without its own new set of clothes then the difference was visible on the streets. In the US where ponchos, fringed-jackets, tie-dye t-shirts and buckskin boots were the style of the day the... > Read more

The Crazy World of Arthur Brown: Come and Buy 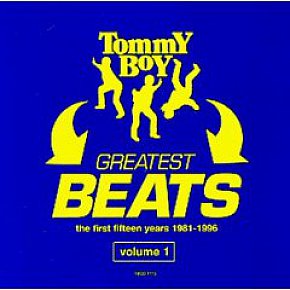 Hip-hop is such an integral part of music today that it is hard to believe radio stations once proudly announced "no crap, no rap". With everyone from classical quartets, gospel legend Mavis Staples, alt.country singer Steve Earle and stadium-shakers U2 using scratching and samples, the tools of hip-hop have crossed genres and styles. Middle-class suburban white kids have... > Read more

Naughty By Nature: Everything's Gonna Be All Right 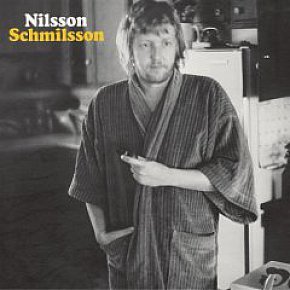 The too-short life of the greatly under-appreciated singer/songwriter Harry Nilsson (1941-94) was full of bitter ironies: not the least was that this gifted songwriter's biggest hits were written by others. His memorable Without You was penned by Pete Ham and Tom Evans from the Beatles-blessed power poppers, Badfinger; and although Nilsson's  beautiful original song I Guess the Lord... > Read more 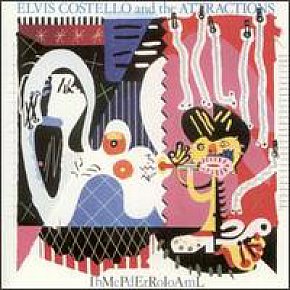 By the time Elvis Costello got to this remarkable, emotionally dense and astonishingly concise album (so many moods, styles and emotions in 50 minutes) he had become well separated from his post-punk peers. By '82 -- and he had appeared just five years previous -- he had skirted off from punk-fuelled rock through country music and had flirted with jazz as well as classic r'n'b . . . He was... > Read more 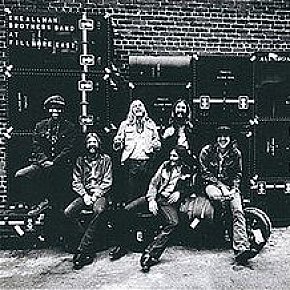 When the mobile recording studio was parked outside the Fillmore on New York's 2nd Avenue in March 1971 to record this double vinyl Allman Brothers Band album it was both a beginning and an ending: it was last concert at Bill Graham's Fillmore East (also on the bill were Albert King and the J Geils Band) but also the start of the Allman's ascent into becoming a legendary band . . . which ended... > Read more 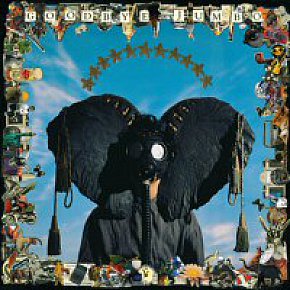 By any measure, 1990 was a pretty good year in rock and pop: Sinead O'Connor announced herself with the single Nothing Compares 2 U and the album I Do Not Want What I Haven't Got; George Michael's Listen Without Prejudice Vol 1 delivered timeless music; and things toughened up in Seattle with Sub Pop signing Mudhoney, Mother Love Bone, Soundgarden and Nirvana. Janet Jackson unleashed her... > Read more 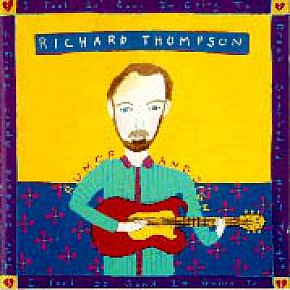 Like Elvis Costello, Christy Moore, the late John Martyn and a few others in a very select company, English singer/songwriter and guitarist Richard Thompson made timeless albums. Pick up any of his from the early Eighties or even the late Seventies and they make as much sense today as they did then. Yet after more than 45 years in the game, he's still not a household name . . . and... > Read more 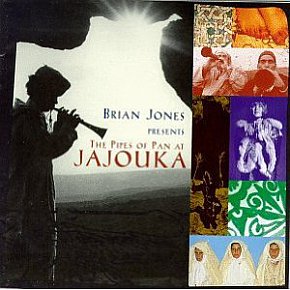 Some albums have auspicious beginings and a messy legacy. So it is with this album recorded in Morocco in 1968 by Brian Jones, then of the Rolling Stones. By the time the album was released Jones had been dead a year -- he drowned a year after his trip to Morocco and was no longer a Stone -- and a shadow was cast over its mesmerising music. When it was reissued in '95 by Point Music it... > Read more 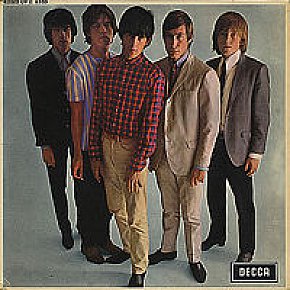 The early albums by the Beatles and the Rolling Stones appeared in different versions in Britain and the States. New Zealand being a colony thankfully got the UK versions for the most part, just as the gods intended. But in some instances we got something different from both -- and in this case, better. The album The Unstoppable Stones only ever appeared in Australia and New Zealand... > Read more

The Rolling Stones: You Can't Catch Me 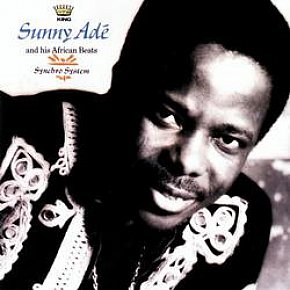 Given the long (and often shameful) history Britain has had with various parts of Africa from colonial times, it comes as a surprise that this album -- from 1983 no less -- was the first pop album to be recorded by an African musician in London. In the early Eighties there was surge of interest by the UK music press in certain African artists, notably Fela Anikulapo Kuti from Nigeria whose... > Read more 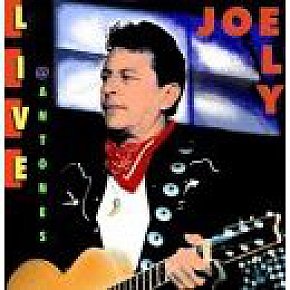 After Joe Strummer's terrific showing at the Big Day Out in 2000, albums by his old band the Clash got a fair thrashing round my way, especially their sprawling three-album set from 1980, Sandinista! Over six sides of vinyl, they dragged together garage-trash rock and dub reggae, power pop and rockabilly, and most points in between. Strummer said he hoped people would just bang... > Read more