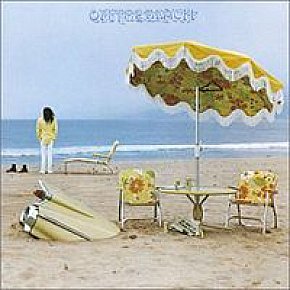 By consensus the idealism of the 60s was dealt two fatal blows in late '69: the first in August when the victims of Charles Manson's murderous family started turning up in flash Hollywood homes; then at the Rolling Stones' free concert at Altamont in December when Hells Angels took control of the crowd by means of billiard cues and blades. In a world of peace, flowers and waterbeds the bad... > Read more 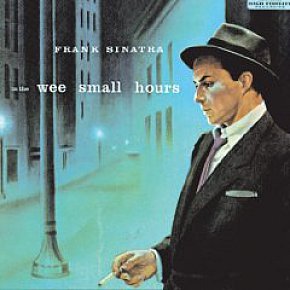 Some may remember it, that strange time when we were told that Tony Bennett was hip with the grunge crowd. It seemed unlikely (I doubted it) but it at least gave me the opportunity to interview him and he was, of course, positively charming as you might have expected. Quite why anyone would prefer Tony Bennett over Frank Sinatra was always the question, especially the so-called dissenting... > Read more 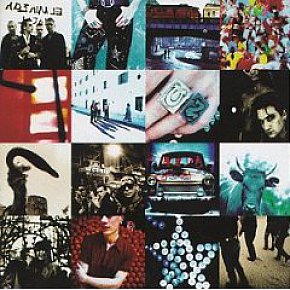 Bono from U2 tells a good story. In fact Bono has a lot of good stories but this one is revealing . . . It seems that backstage at some gig in the mid Eighties Bob Dylan was playing an acoustic guitar and handed it to him. Dylan asked him to play one their songs. Bono said he realised in that moment that they didn’t have any real “songs”. They had plenty of stadium-shaking... > Read more

U2: The Fly (from Achtung Baby) 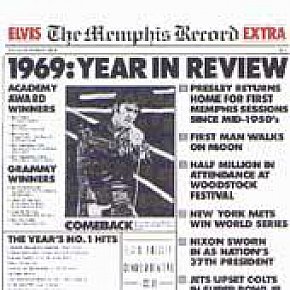 The consensus on Elvis Presley's genius among rock critics settles on two periods: his Sun Studio days in the mid 50s when he fused black blues and white country, and his famous '68 television special when he appeared wrapped in leathers for a menacing and sweaty performance which proved, despite all evidence to the contrary, that he still had the magic. Go beyond critics however and... > Read more

Context is everything -- or almost everything -- at Essential Elsewhere, these being albums you can return to repeatedly so probably stand outside of time, yet are always born of a specific place and time. Even if they owe nothing to it. And these two albums - the first "pair" of Essential Elsewhere albums -- seem to owe very little to their period. Which is what makes them very,... > Read more 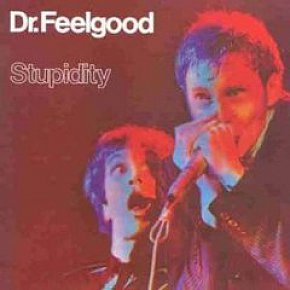 In his superb single Cry Tough of '76, the American singer-guitarist Nils Lofgren (a member of Springsteen's E Street Band since '84) namechecked the British pub-rock outfit Dr Feelgood, showing an awareness few other Americans had. Dr Feelgood, from Canvey Island near Southend, at that time had released three albums in the UK and made a serious live impact for their gritty and energetic... > Read more

Dr Feelgood: I'm a Hog for You Baby 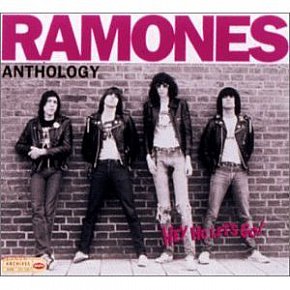 Like many of my generation, I can remember exactly where I was when JFK, RFK and John Lennon were shot. And when Kurt Cobain proved, contrary to what he sang, he did have a gun. But with as much clarity I can also remember when I first heard the Ramones’ Sheena is a Punk Rocker. It came on a tape from a friend in London and I was driving when this blast of wonderful noise... > Read more

Sheena is a Punk Rocker 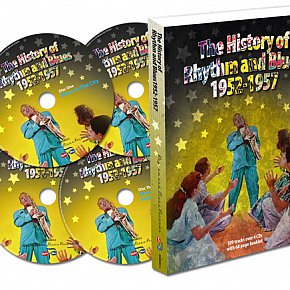 The first two volumes in this 4-CD series which traces the history of old style r'n'b have already been acclaimed at Elsewhere here and here respectively. These multi-genre, colour-blind, cross-label and highly inclusive collections not only cherry pick the most significant artists and songs in the growth of r'n'b but also intelligently include extensive selections from other genres (the... > Read more

Ruth Brown: Mama He Treats Your Daughter Mean (live in '56) 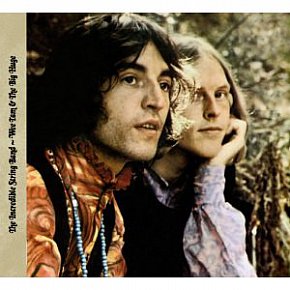 Sometimes for my own private amusement I will sing aloud The Incredible String Band's The Son of Noah's Brother in its entirety. All 16 seconds of it. The lyrics run, "Many were the lifetimes of the son of Noah's brother, see his coat the ragged riches of his soul". And that's it: a lovely descending melody and not a wasted note or word. Quite what it means is anyone's... > Read more 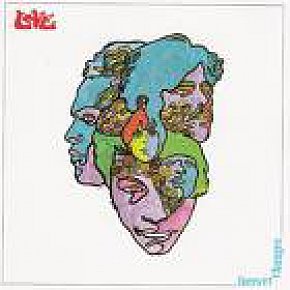 When the British rock magazine Mojo published a special supplement on psychedelic rock back in February 2005, among the albums noted were all the usual suspects: Electric Ladyland by Jimi Hendrix took out the top spot and further down were Pink Floyd’s Piper at the Gates of Dawn, the Beatles’ Sgt Pepper’s and albums by the Mothers of Invention, Jefferson Airplane, Country... > Read more 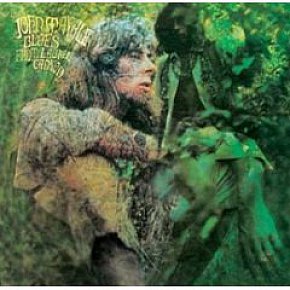 In the wake of '67s Sgt Pepper's the new thing in rock was "the concept album" and at the tail-end of that decade and well into the 70s a long list of bands weighed in: the Pretty Things with Parachute,The Who with Tommy, The Moody Blues, Genesis, Yes . . . Mostly these were musicians with an art school background and so testing themselves over a 40 minute album was... > Read more 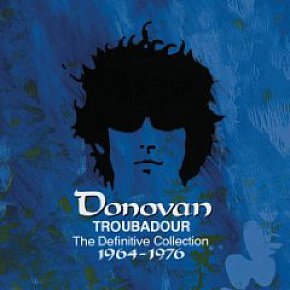 When I interviewed Donovan in 1998 -- mindful I might have to introduce him to a readership which had probably never heard of him -- I noted that even back in his heyday of the Sixties he'd been a hard one to figure out. The "folkie" tag he'd been pinned with after the success of his first songs Colours and Catch the Wind (and his "protest" song, the cover of Buffy... > Read more 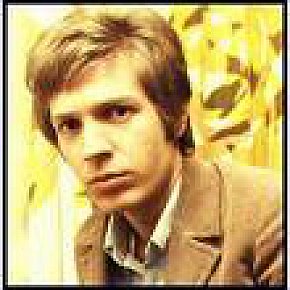 The only time I saw Scott Walker I burst out laughing. It was the mid-60s and he was one of the (non-sibling) Walker Brothers on a package tour with the Yardbirds (guitarist Jimmy Page) and Roy Orbison. When the Walker Brothers ran on to the Auckland Town Hall stage, skinny-legged guys in tight pants and teased-out bouffants, they looked like hairy lollipops. My mates and I hooted with... > Read more

Scott Walker: In My Room 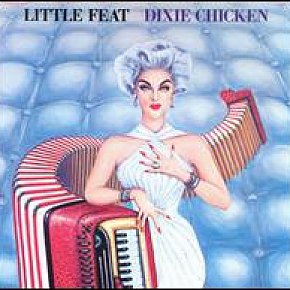 The critics liked Little Feat -- and Dixie Chicken -- a whole lot better than the public. Today any number of greybeards will tell you how they were deeply into the band but (as with those who were always into the Velvet Underground) the facts speak for themselves. Only 30,000 bothered to go to a shop and buy Dixie Chicken when it was released. It was the band's third commercial failure... > Read more 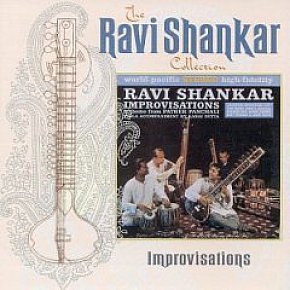 George Harrison quite correctly referred to the sitar master Pandit Ravi Shankar as "the godfather of world music" -- and Shankar was creating and giving his blessing to cross-cultural fusions and experiments long before the phrase "world music" was even thought of. There are of course many dozens of Shankar albums in the world -- from straight-ahead classical ragas to... > Read more 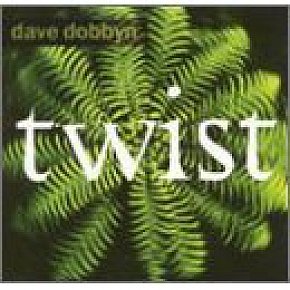 With the Australian success of the Footrot Flats film in the early Nineties, it made sense for Dave Dobbyn to relocate across the Tasman and ride the wave of popularity of the songs he wrote for it. And in that great tradition of indifference Australians have shown New Zealand musicians -- more so then than today -- Dobbyn’s career languished. But his music didn’t. In... > Read more 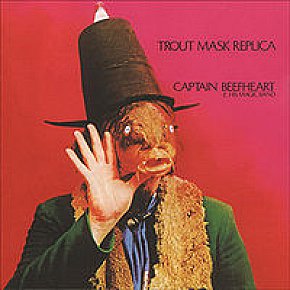 When I first heard Trout Mask Replica some time in early '70 I fled. It was all very well being told that Captain Beefheart (Don Van Vliet) sounded like Howlin' Wolf, but that would be like describing happy, mop-top Beatlemania to someone then playing them I Am The Walrus. Or showing them lots of pictures of eyed-shadowed Ziggy Stardust and getting all excited about glam-rock -- then playing... > Read more 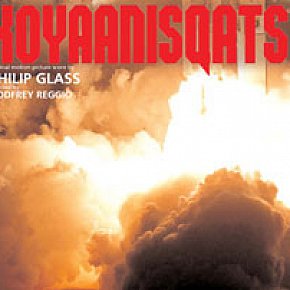 There are few things more depressing than observing a revolution become a style (or the Beatles’ Revolution become a Nike ad). Or to witness innovation morph into cliché. When director Godfrey Reggio’s innovative film Koyaanisqatsi appeared in the early Eighties it had an immediate impact on popular music and film culture. Ostensibly a narration-free look at the impact of... > Read more 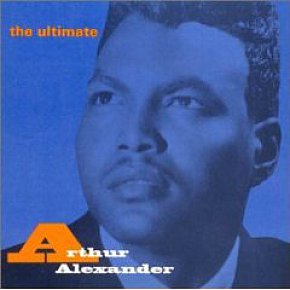 You only need look at a partial list of those who covered the songs of Arthur Alexander (1940-1993) to get a measure of the man's gifts: the young Beatles (John Lennon a big fan who sang Soldier of Love and Anna); the Rolling Stones and the late Willy De Ville (You Better Move On); Ray Columbus (Where Have You Been retitled as Til We Kissed); Ry Cooder (Go Home Girl); just about every... > Read more

Arthur Alexander: Every Day I Have to Cry Some (1993 version) 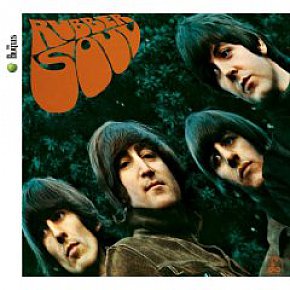 While there are any number of Beatle albums which are essential, there is a case to be made that Rubber Soul -- which marked their transition from an increasingly banal and almost irrelevant pop band into a group which became adult, confident and inventive -- is currently the most ignored in their catalogue. But before making the case for Rubber Soul it is instructive to look at the... > Read more

The Beatles: The Word