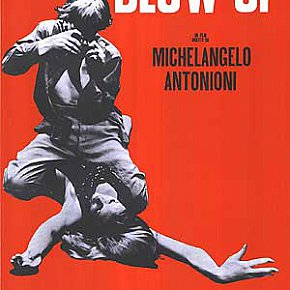 For those of us who are pay-per-view civilians, television is a kaleidoscope portal from the present (the Oscars, downtown Baghdad on a bad day) to the past (the History Channel), and sometimes into an imagined future (although heaven forbid it should be as po-faced as Stargate SG-1). The time-shift possibilities can be fun, but they are a warning if you think these are the best of times.... > Read more 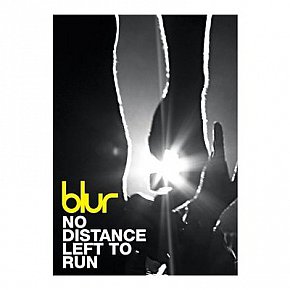 This beautifully shot, career-spanning, feature-length doco leaves a lot of threads hanging for those who didn't follow every nuance of the relationship between the four members of Brit-pop's Blur, and you certainly get the impression that guitarist Graham Coxon -- often a blitzkrieg of noise on-stage but nervous, reticent and slightly precious off -- was never a great communicator of his... > Read more 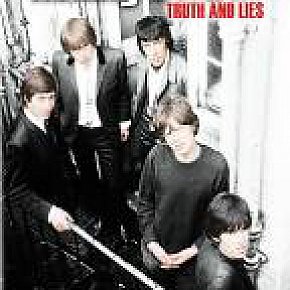 While it may have been possible to make an even more superficial DVD of the Stones' career than this, it would take a bit more laziness. Relying on newsreel footage, a few talking heads and with no access to their music, what you get here is a fast trip through their fortysomething year career with most of the emphasis on the Sixties and early Seventies. It speaks volumes that their... > Read more 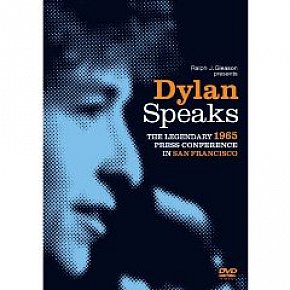 In December 1965 Bob Dylan -- with his "protest singer" days behind him, an electric guitar now his weapon of choice, the as-yet unnamed Band as his group and with Like a Rolling Stone redefining the parameters of pop and rock -- sat down for an hour-long, televised press conference in San Francisco. Dylan would never do another like this, and in fact no musician has... > Read more 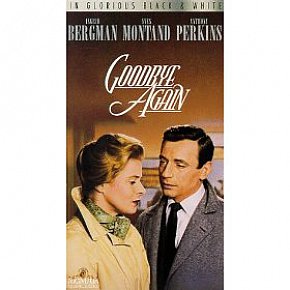 Based on Francoise Sagan's sorrow-filled 1959 novel of failed and tragic love Aimez-vous Brahms?, this adaptation with Ingrid Bergman, Yves Montand and Anthony Perkins won the latter a best actor award at Cannes for his portrayal of the young, spoiled and emotionally needy Philip Van der Besh. Quite why Perkins should have been singled out is odd: his role in which he becomes obsessed with... > Read more 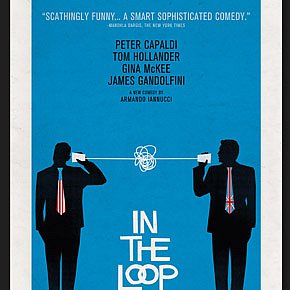 Watching John Grisham's political thriller The Pelican Brief the other night on television re-run, I was struck by how conspiracy stories about corruption at the highest levels of power conspiciously fail in one area: they assume the Evil Ones can maintain walls of silence around them and that there is no such thing as base incompetence and stupidity in the world in which they are set.... > Read more 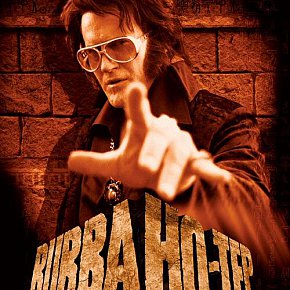 Twentysomething years ago an amusing little book appeared, Elvis: The Novel. I don’t remember much of it, other than Elvis killing manager Tom Parker, and at one point an overweight Elvis is performing in Las Vegas when a very drunken John Lennon arrives and is appalled by his childhood hero reduced to waddling around singing old hits. Lennon (Yoko-less, rudderless) starts to heckle.... > Read more 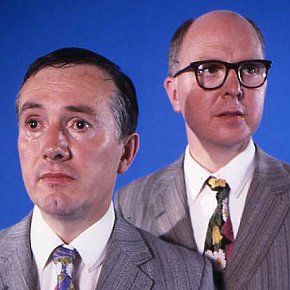 Perhaps the most extraordinary thing about the artists Gilbert and George revealed in this insightful and candid documentary is -- aside from their alarming normalcy -- that they don't have a kitchen in their tidy but chock-full home. No kitchen means no smells, no time wasted on cooking or cleaning up, more space. So they eat locally around Spitalfields in East London and their sole... > Read more 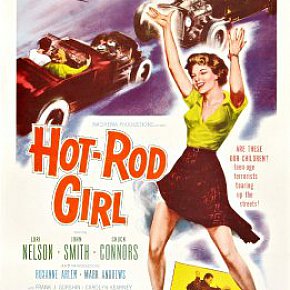 Souped up and modified cars, teens running wild in the streets striking fear into the hearts of citizens, booze'n'dope, loud music their parents hate . . .  It could only be the Fifties, right? Anyone who thinks low-riders or boy racers smoking weed and playing pounding hip-hop on their car stereos are a new phenomenon need only look back in history to find precedents: in the mid... > Read more

Johnny Kidd and the Pirates: Shakin' All Over 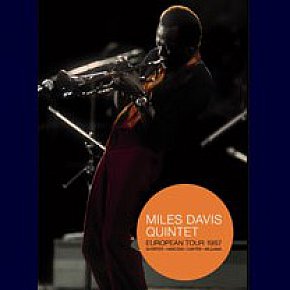 You might have thought in the decade since Ken Burns' groundbreaking television series Jazz that there would have been a slew of DVDs out there on the market to add depth to what he showcased. But there hasn't really been. Back before jazz was an "art form" few concerts were filmed for posterity. Jazz, by definition, was in the present tense. Which makes this one so... > Read more 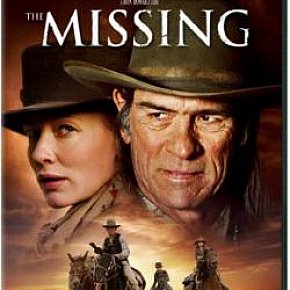 For those who consider the Western as an art form there will always be debate on which films should be counted among the greatest in the genre: down to personal taste and protracted argument would be 3.10 To Yuma (1957, Van Heflin vs Glenn Ford in a story by Elmore Leonard); Posse ('75 Kirk Douglas vs Bruce Dern); The Gunfighter ('50, Gregory Peck vs every young punk), a few Clint Eastwood... > Read more 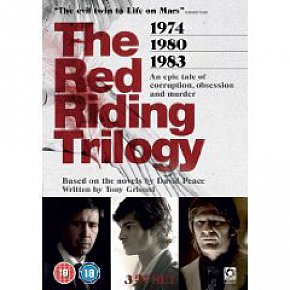 For sheer gruesome, grim and compellingly dark viewing this trilogy of made-for-television films based on the novels of David Peace would take some beating: murder is the backdrop; corruption at every level of the Yorkshire police is rife; the hunt for the Yorkshire Ripper casts a shadow over everything; and it rains most of the time. The North of England has rarely looked so bleak and... > Read more 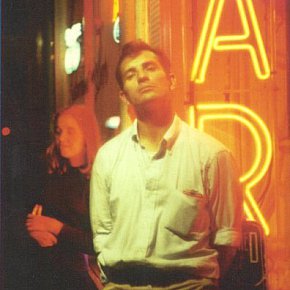 That Jack Kerouac's artistic life led to personal tragedy as much as literary triumph is evident to anyone who has read his searingly personal, dark then redemptive book Big Sur, a barely disguised "novel" of his brief time at Lawrence Ferlinghetti's remote cabin in Bixby Canyon near Big Sur. By this time (1961) Kerouac had been lionized as the star of the Beat Generation for his... > Read more 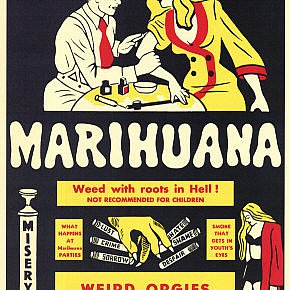 Every generation thinks it invents the same two things: swearing and sex. Equally, in the Western world at least, for the past century or so every generation gets the soundtrack it needs. And the drugs. Drug education is a fraught area (more so than movies about junkies or drugs) and the tendency has been to go for scare scenarios. No one in their right mind doubts the dangers of... > Read more

The Mystery Trend: Johnny Was a Good Boy

Everyone is allowed their guilty secrets when it comes to bad movies: I have an unnatural affection for Zardoz (Sean Connery in the future somewhere) and The Long Ships (in which Sidney Poitier seems to swim from somewhere Moorish to the land of the Vikings). These are stupid but fun and allow you plenty of couchtime to add up the continuity errors and so on. The Wild Women of Wongo is... > Read more 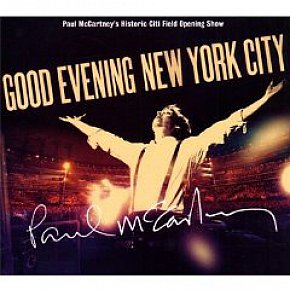 After a decade of exceptional diversity on disc -- it started with the left-field Liverpool Sound Collage, there was the remix album Twin Freaks, another album as The Fireman as well as a classical thing and some straight-up Macca-rock albums -- it seems a shame that McCartney should end it in such a predictable manner: a double live. This however has been his pattern: live albums have been... > Read more 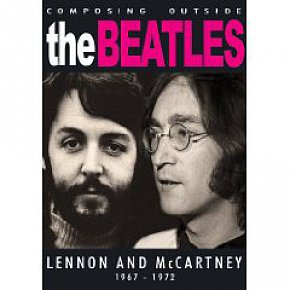 While you might think there is little left to be said about the Beatles after the break-up and their subsequent solo careers, the narrow and deep focus of this two hour doco is surprisingly interesting. By just taking that period when Lennon and McCartney were starting to go their own ways, and pulling on the handbrake before Wings really took off, you get a real insight into just how... > Read more 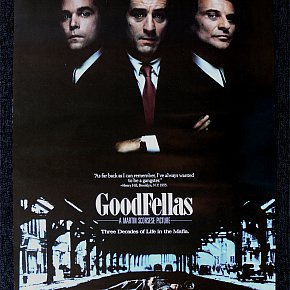 Within the ever-expanding genre of gangster flicks - from 1931 and James Cagney's Irish hood in Little Caesar to the quiet menace of Tony Soprano - there could never be consensus about the best Mob movie in any first-past-the-post system. But Martin Scorsese's GoodFellas from 1990 would certainly take the prize in any single-transferable-vote selection. It is a classic. From the... > Read more

Harry Nilsson: Jump into the Fire 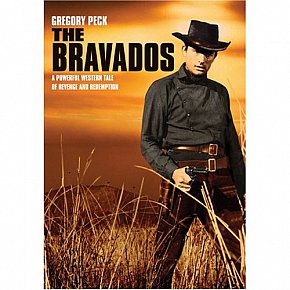 The early years of the 21st century saw a revival of gritty, realistic and unglamorous westerns with morally ambivalent characters. Clint Eastwood (of course) had set the tone in the early Nineties with Unforgiven; Kevin Costner and Robert Duvall resurrected the genre to great critical if not commercial success in 2004 with Open Range and that same year a gritty version The Alamo... > Read more 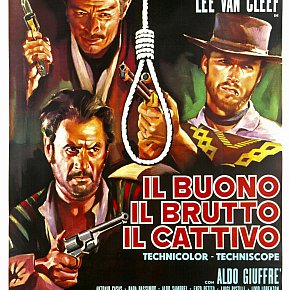 The reputation of the epic Western has been somewhat tarnished in recent years, but the tradition of outsiders and the lawless world they inhabited is an honourable one. However, by the mid-Sixties, with the rise of the anti-hero and a more gritty kind of cinema, it took the Italian director Sergio Leone to re-invent the tired genre. With Clint Eastwood as the taciturn killer,... > Read more