Keith Richards once offered a neat observations of Mick Jagger: "Mick's a lovely bunch of blokes." Jagger, by all acounts, has that uncanny ability to switch his langauge and accent depending on who he is talking to: with the turn of his head he can go from plum-in-mouth when chatting with a lord or lady to a Jamaican accent if the next person is a Rasta from Kingston. He's also... > Read more 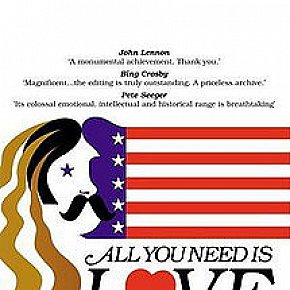 These days there are any number of documentary flms about music: Ken Burns' Jazz series, Martin Scorsese's series about the blues, country music dealt to in Lost Highway, the excellent History of Rock'n'Roll . . . Individual artists are also getting their due: the Beatles' Anthology; various Elvis docos; Scorsese on early Dylan in No Direction Home; Bogdanovich on Tom Petty and the... > Read more 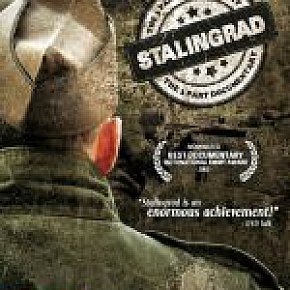 In the tragically vast annals of war, the battle for Stalingrad stands out for the horrendous loss of life, the stubborness and arrogance of Adolf Hitler, the horrors that the German 6th Army endured imprisoned in that city, and the dreadful aftermath. This award-winning, three-part documentary resiles from none of that and if it perhaps slightly marginalises some of the sufferings of the... > Read more When the reclusive and friendless Henry Darger died at 81 in Chicago in 1973 (after a brief period in the same poorhouse in which his father had died) his story really began. Shortly before his death his neighbours discovered that Darger's apartment was full of the most remarkable, sustained artwork. Over the course of his later life -- in the absence of the distractions of company,... > Read more If you thought the last word on the Pythons had been the DVD box sets, the CD reissue of their albums and their Autobiography modelled on the Beatles' Anthology book, then . . . Yes, here at seven and a half hours with all the living Pythons interviewed and reflective -- plus relevant clips, period footage (the Goons) and commentary from fans such as Eddie Izzard, Steve Coogan, Russell... > Read more 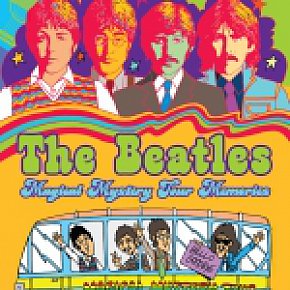 Introduced by Victor Spinetti -- the only man other than the Beatles to appear in three of their films, A Hard Day's Night, Help! and Magical Mystery Tour? -- this rather stilted but nonetheless mildy amusing doco is knobbled by the obvious: it doesn't include any of the original Beatles film; none of their music (aside from covers of relevant songs); and, aside from fleeting hand-held footage... > Read more 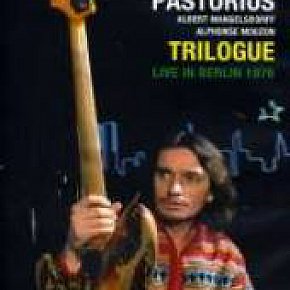 The tragic story of bassist Jaco Pastorius (1961-87) has been told in depth at Elsewhere (here) but this concert film from '76 -- with avant-trombonist Albert Mangelsdorff and drummer Alphonse Mouzon -- captures him before the rapid decline through drink, drugs and neglect. In Weather Report, Pastorius's style often headed towards jazz-rock fusion and even funk, but here -- with... > Read more

Because television talk shows depend largely on the quality of the guests, Rove (the programme, not the man) will always be more interesting than any local production. When it comes to visiting artists and celebrities, Australia gets more passing trade. Imagine then the greater talent available in New York if you set up a music/talk show with Elvis Costello – whose musical... > Read more 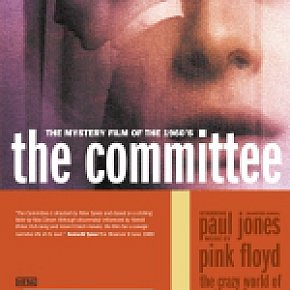 This strange, disturbing and largely unseen until now British film defined "cult movie" for many decades. With Manfred Mann lead singer Paul Jones as the central character, incidental music by Pink Floyd and Arthur ("I am the god of hellfire") Brown performing Nightmare, you'd be forgiven for thinking it was some kind of pop film. But it is far from it. The... > Read more 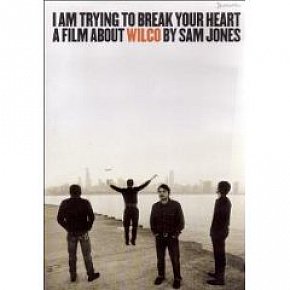 Recently an interesting film turned up on TV, but not interesting in a good way. It was Catch Us If You Can, the mid-1960s vehicle for the Dave Clark Five, a pop group briefly touted to challenge the Beatles' supremacy. This was the DC5's A Hard Day's Night. But it wasn't. Where the Beatles' flick had a snappy script and knowing wit, superb cinematography and genre-defining... > Read more 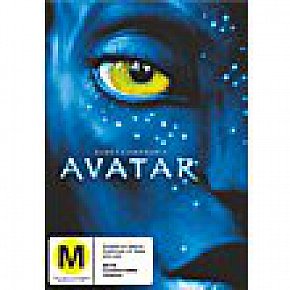 The day after I saw Avatar in a 3D preview screening I wrote a blog about it: here is a modified and updated version of that to coincide with the DVD release. Despite the naysayers who emerged after the initial rush of enthusiasm, I haven't changed my opinion that this a terrific film . . .  I didn’t think much of James Cameron’s blockbuster movie Titantic. But then I saw... > Read more 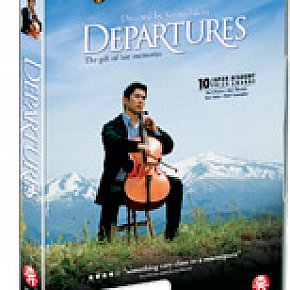 The on-going economic downturn in Japan -- which has seen thousands of salarymen laid off and emotionally adrift -- has lead to a number of films addressing that issue of dislocation and disruption in a society which had promised and expected conformity and security. The beautiful Tokyo Sonata by Kiyoshi Kurosawa was a heartbreaking insight into the lengths one man would go to keep up the... > Read more 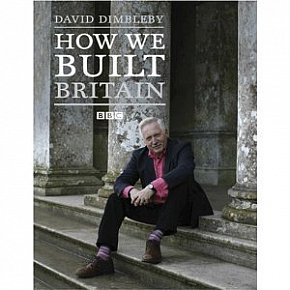 Anglophiles and architects may naturally be drawn to this six-part series which comes with the subtitle "The Dramatic and Heroic Story of Britain's Architecture". But architects might be disappointed. Starting in 1066 -- which rather ignores quite a chunk of history -- this digressive series fronted by the eye-twinkling and winking Dimbleby becomes something more like a social... > Read more 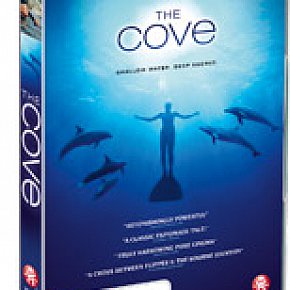 At the time of this writing Japan's fishing industry is in the news for all the wrong reasons: The annual whale kill is down drastically because of efforts by Sea Shepherd to stop Japan's kill in Southern Ocean; New Zealand activist Peter Bethune is a Tokyo prison for boarding the whaling ship Shonan Maru 2 and attempting to present the captain with a bill after his vessel Ady Gil was in a... > Read more In his insightful, provocative and usefully gossipy book The Rest is Noise (2007), the writer and critic Alex Ross took a free-wheeling survey of 20th century classical music and addressed why the damn stuff had become so difficult for "modern" audiences. As with jazz -- which lost its populist mandate when free form arrived and alienated those who liked to, if not swing, at least... > Read more

Technology may have made the world smaller, but it has also divided it. Consider this: if you are a Satan-worshipping death-metal band in Sweden (and there are an alarming number) you can now have a valid and validated career by selling your music on the internet to like minds across the planet. But at the same time you are also marginalised by simply feeding the same agenda. You needn't... > Read more 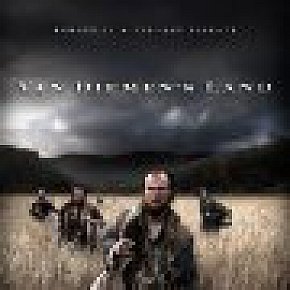 In the first volume of his projected trilogy about the history of his homeland -- Australians: Origins to Eureka, published 2009 -- the writer Thomas Keneally writes of the first Irish convicts transported to what became Sydney. They believed that if they could just escape and head north they would get to China and be able to start a new life. Of course they took one look at the arid... > Read more 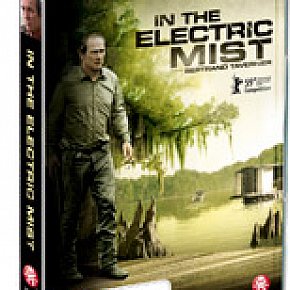 Based on the James Lee Burke novel In the Electric Mist with Confederate Dead, this serial killer mystery (with surreal time slips into a world populated by the ghosts of the Civil War) is set in the Cajun bayou swamps of Louisiana which, of themselves, add an air of uneasy stillness and mystery. As detective Dave Robicheaux, Tommy Lee Jones pulls out a performance that seems to owe much to... > Read more 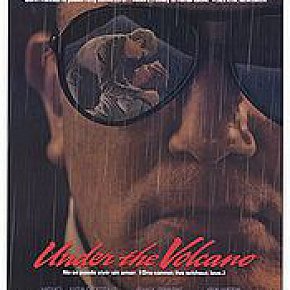 There are two anecdotes -- both possibly apocryphal -- which I remember about the life of Malcolm Lowry, the British author of the terrifying novel Under the Volcano. The first is that when he was child his father took him to a medical museum and showed him the disgusting and disfigured body parts of those who had died of various venereal diseases. I guess that comes from the "that'll... > Read more 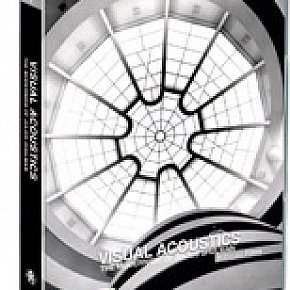 This beautifully shot, 85 minute doco pays elegant tribute to the great photographer Julius Shulman, the man who defined how the world saw Modernist architecture. As the Modernist movement took hold and right through to the most contemporary buildings by Frank Gehry, photographer Shulman was there constructing eye-catching images (often in deep black'n'white, sometimes in glossy colour for... > Read more