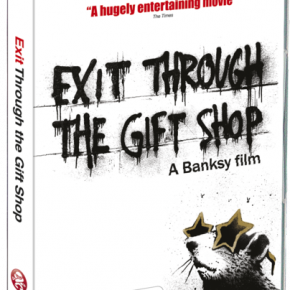 In these days where you sometimes feel there are more mockumentaries than documentaries, and this having as a central figure a man who maintains a scrupulously guarded anonymity, you can feel just a little sucked in. But "sucked in" in a throughly enjoyable and rewarding way. Right from the start we are told by the mysterious and darkened figure of artist Banksy (I guess it's him,... > Read more 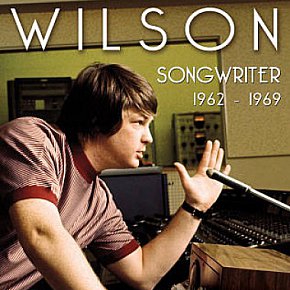 Although this three hour, double DVD set comes with the disclaimer "not authorised by Brian Wilson, his record company or management" it features contributions from significant players in the Brian Wilson/Beach Boys story during this crucial decade. Here Bruce Johnston -- who replaced Brian in the touring band in '65 -- and BB David Marks offer telling insights, and the Wrecking... > Read more

The Beach Boys: Caroline No 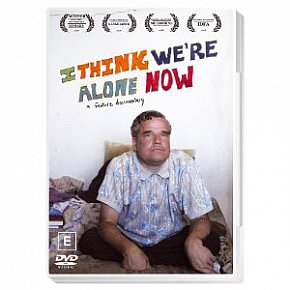 For those who don't know, or perhaps would prefer to forget, Tiffany was a sky-rocketing teenage pop singer in the late Eighties who had two hits: I Think We're Alone Now (a cover of the Tommy James and the Shondelles hit) and I Saw Him Standing There (a gender flp on the Beatles song). Tiffany was 16, played shopping malls, became a poster for little girls and her career was effectively... > Read more 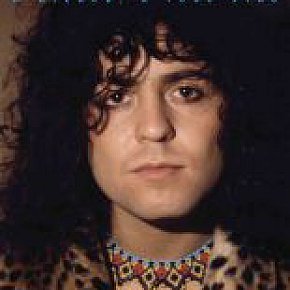 It was hardly surprising that Ringo Starr, then an aspiring film-maker because he had little else to do other than churn out hits, should have made a film of Marc Bolan in 1972. Bolan was at the peak of his powers with T.Rex and the "T.Rexstacy" of screaming girls drowning out the music and trying to get a lock of Bolan's hair would have been instantly familiar to the former... > Read more

Keep a diary and some day it’ll keep you. -- Mae West. The blizzard which has engulfed New York has abated a little although snow is still piled over parked cars and a flesh-freezing wind whistles between the tenement blocks. And Jim Carroll - former junkie and rock singer, writer, poet and most recently movie actor on the strength of a cameo slot in the film adaptation... > Read more 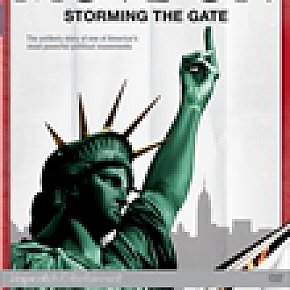 Because it in their interest to do so, many people exaggerate the power and influence of the internet. Websites inflate their readership and traffic, bloggers would pretend to have more sway than they actually have, and the champions of the new technology -- now quite old in fact -- see its power in every flicker of changing public taste. But the power of MoveOn.org is undeniable -- at... > Read more 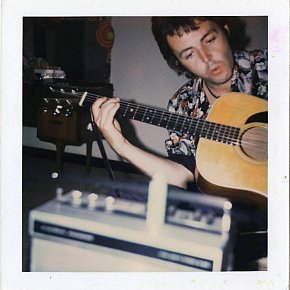 While Elsewhere always does its own interviews, this one provided to coincide with the remastered version of Band on the Run -- which launches a whole McCartney remaster/reissue series -- is interesting, so an exception has been made. For an overview of McCartney's post-Beatles career -- including classical projects and oddities alongside his mainstream albums -- Elsewhere has made it easy... > Read more 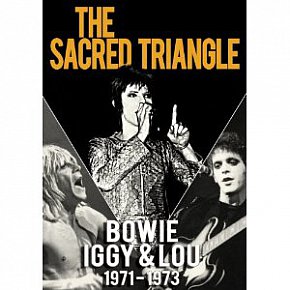 It's hard to believe but in the same year as the Velvet Underground's debut album came out, David Bowie's new single was The Laughing Gnome, a gimmick song and another desperate step in trying to crack the charts. As this interesting doco makes clear, for many years Bowie was trying all kinds of tricks and tropes (from new clothes to new styles of songs) in increasing desperation. It was... > Read more 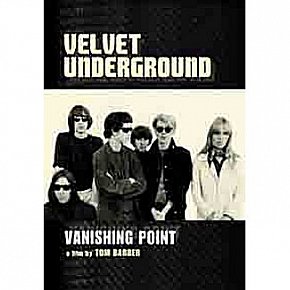 Although this 90 minute film of the career of the Velvet Underground leaps in when Lou Reed met John Cale --as if nothing of consequence had happened in each of their lives prior to that -- what follows is an interesting (if much canvassed) doco about a band which changed the face of contemporary music. This chronological account is described as "a film by Tom Barber" and that... > Read more 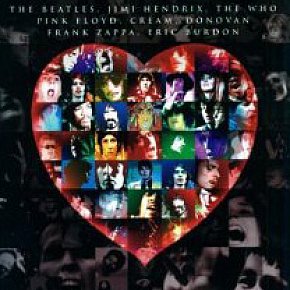 At the time when this film screened on television in 1968 -- after the Epilogue, the last offical programme every night in Britain in those days, as director Palmer notes in the interview footage added to the DVD edition in 2007 -- pop music was widely spoken of as the new classical music. It was in those day-glo days when classical music of the traditional kind no longer captured the... > Read more 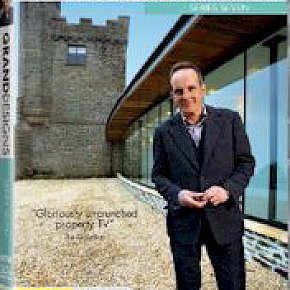 One of the most interesting aspects of this series in which various Brits -- mostly well-heeled, but a few not -- undertake building a home of their own design is how the people involved refer to the "the build" . . . as if it is something outside of themselves. In most instances it is not: it is something which consumes their lives and bank accounts, sidelines any notion of a... > Read more 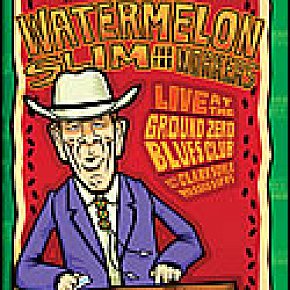 Watermelon Slim has lived quite some dangerous and interesting life (see interview here) and he owns a face which, we might charitably described as "lived in". In this DVD of him and his band live at Clarksdale's famous Ground Zero blues club, he tells of once waking up in the local hospital with a dislocated jaw and then driving home to Oklahoma with steel pins in his face.... > Read more

Watermelon Slim and the Workers: Drinking and Driving 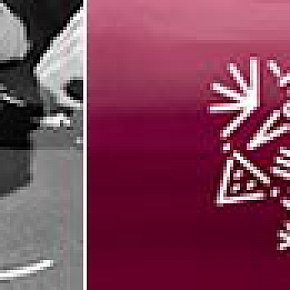 When a history of animated film is written, it is possible that the largest chapter about how this genre emerged will go not to Walt Disney or Otto (Felix the Cat) Mesmer but to a modest quietly spoken Scots-born Canadian, Norman McLaren. McLaren’s whimsical films charmed and delighted audiences for nearly 50 years. He entered the Glasgow School of Art at the age of 18 to study... > Read more 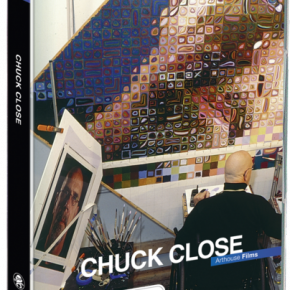 More than a documentary about the great American artist Chuck Close -- whom we see work on an astonishing self-portrait during the course of the filming -- this remarkable, revealing and important film weaves in the work of many of Close's contemporaries (Richard Serra, Robert Storr and others) and has friends and longtime colleagues (Philip Glass among them) speak about Close' significance . .... > Read more 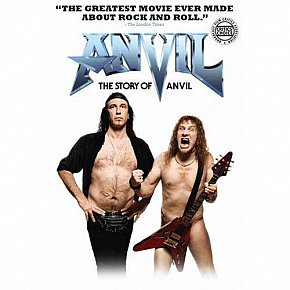 The story of this rock documentary -- or "rockumentary, if you will" -- is so soaked in parallels to the fictional Spinal Tap that you cannot help notice and mention it. But let's not because at heart here there is another and better story than a real life version of a parody. Anvil is a great story of love and faith: the love of two men -- singer/guitarist Steve "Lips"... > Read more 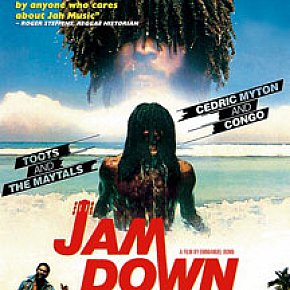 This unfocused and largely haphazard film -- part travel footage, part film of reggae artists, some political subtext hinted at -- dates from 1980 when French filmmaker Bonn took a camera to Jamaica and the streets of black Britain. There is considerable footage where the camera is looking out the window of a vehicle which travels though the Third World streets of somewhere in Jamaica... > Read more 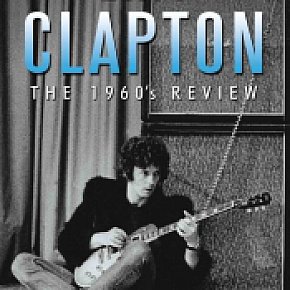 Eric Clapton has made a somewhat sudden appearance in the past month with a survey of his early career here, the album with John Mayall and also his Journeyman popping up as a Bargain Buy. Now by coincidence this interesting -- and rather detailed -- overview of his rapid career in the Sixties (Yardbirds, Bluesbreakers, Cream, Blind Faith) arrives. Another in the Chrome Dreams series... > Read more 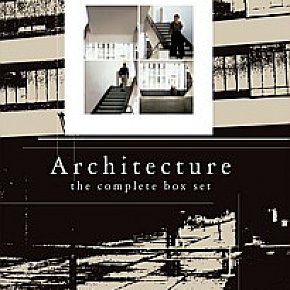 Although at a first encounter the narration to this series -- 29 major architects and/or buildings in separate episodes over five DVDs -- might seem a little dry and distant, you warm to it as the images take hold and the voice-over offers clear and informative commentary. These episodes take the nature of self-contained films (character and period explored in relation to the work) and... > Read more 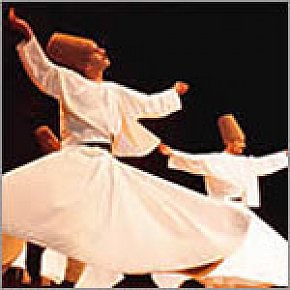 In these post -9-11 days it is odd to consider that the biggest selling poet in America in the Nineties was Islamic. The deeply philosophical works of Rumi, a poet of the Sufi branch of Islam, were outselling the biggest names America had to offer. And in the world of music the elevating sound of the late Nusrat Fateh Ali Khan was being hailed by the likes of Jeff Buckley, Eddie... > Read more 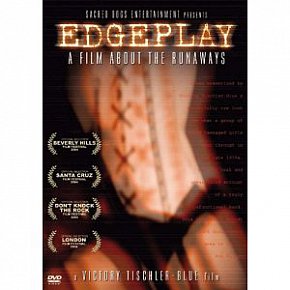 EDGEPLAY; A FILM ABOUT THE RUNAWAYS by Victory Tischler-Blue (Shock DVD, 2004)

Clearly timed to ride the coattails of the film The Runaways about this seminal all-girl band of the the Seventies which launched the careers of Joan Jett and Lita Ford and (based on the memoir Neon Angel by lead singer Cherie Currie), the re-presentation of a doco made by the band's former bassist Vicky Blue should be an object lesson in just how exploitive, abusive (emotionally and... > Read more