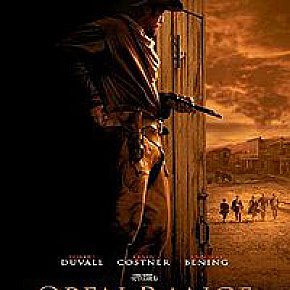 Recently the Kevin Costner movie Dragonfly from 2002 turned up on television. You'd probably never heard of it. I hadn't. It's hard to believe that after Dances with Wolves of 1990 and the inexplicably popular The Bodyguard of just two years later that it could all go downhill so fast for Costner. Just three years after getting up close and personal with Whitney he was... > Read more 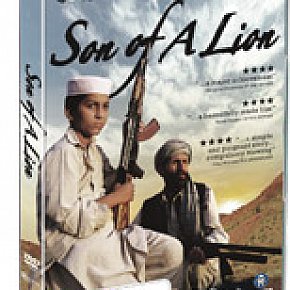 Although the ending of this award-winning film by first time writer-director Gilmour from Australia is something of a cop-out, that takes nothing away from the story and all that is told beforehand. None of the actors had any previous experience, the dialogue seems largely improvised in places, the political subtexts come to the surface repeatedly but as a natural consequence of the action... > Read more 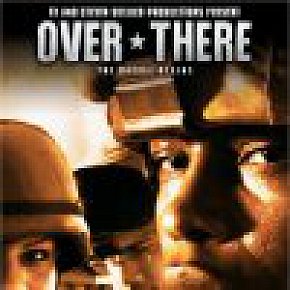 A couple of years ago, if you had driven an hour north of downtown LA you would have been in a war zone, a slice of hellish Iraq right there in the arid desert of California. An American unit of young men and women is pinned down by insurgents holed up in the mosque on the hill, all around them a parched landscape is peppered by gunfire. A jeep explodes, a soldier in full combat gear... > Read more 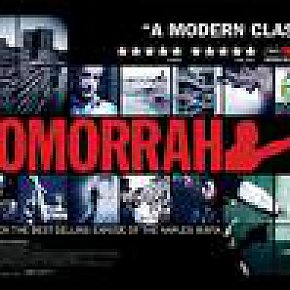 Most tourists to Italy tend to visit the north for very good reason: up there are the big boxes to tick off: Renaissance Florence; the canals and contemporary art of Venice; the grandeur that was Rome; the medievalism of Siena and so on. The north is where the art and culture resides (at least in the tourist's imagination and seen through rose-tinted glasses), and fewer people head south of... > Read more 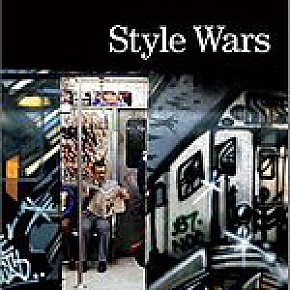 It's just a guess, but I doubt Krost Krist, Anakea and Ryus know who Taki 183 or Papi 184 were. That's a pity, because Taki 183 and Papi 184 started what Krost Krist and the others are doing down the railway which heads from Auckland city to Waitakere. It is believed Taki 183 was the first -- but whether you think that's a good thing or not depends on what you think of graffiti.... > Read more 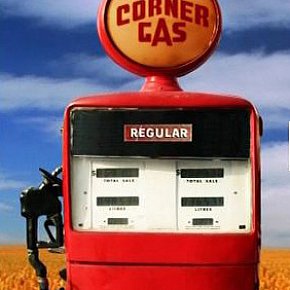 It is a peculiar thing that Corner Gas -- a wry, understated and very droll Canadian comedy series -- isn't screened on New Zealand television. It has many similarities in its humour to that of Flight of the Conchords, not the least in its gentle wit, the slightly confused and often naive characters, and the similarity between what Canadians feel about America and New Zealanders feel towards... > Read more 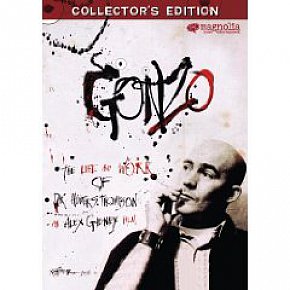 There are few sadder sights in culture than when artists believe their own publicity (Michael Jackson genuinely thinking he was healing the world with a pop song) or when they become a caricature of their former selves. Tom Waits only just escaped his image as a lounge-room crooner-cum-barfly when he reinvented himself with the help of his wife Kathleen Brennan, but as this remarkable doco... > Read more

Dr Timothy Leary: You Can Be Anyone This Time Around 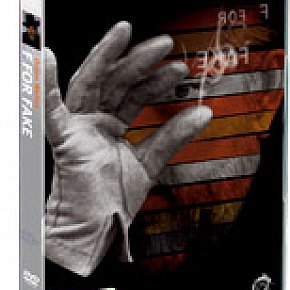 The context of this curious film needs to be sketched in before the innocent venture into its bewildering chicanery and capriciously obscuring nature. Made in the early Seventies and one of the last films that Welles, a notorious unfinisher, actually completed, it is on one level a look at the life of the art forger Elmyr de Hory (if that was in fact his name) whom Welles knew, just as... > Read more 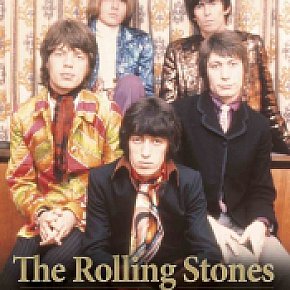 We have been down this occasionally interesting path previously with the Chrome Dreams label which has delivered DVDs about bands such as the Small Faces, the whole German electronic movement (Kraftwerk, Can et al) and Frank Zappa, as well as CDs of Bob Dylan's jukebox and a compilation of his Radio Hour music (no intros by Bob though). None of the DVDs are authorised by the management of... > Read more 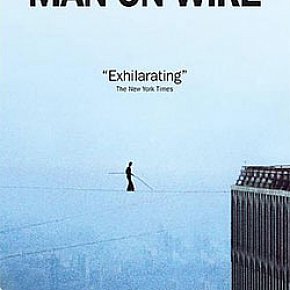 Anyone who ever stepped out onto the roof of one of the Twin Towers would have been struck by three things: the view from that height; that height when you looked directly down; and the power of the wind at that height. The notion and reality of "height" was everywhere. My recollection of all three simply came down to one word, "Wow!" The World Trade Center towers... > Read more 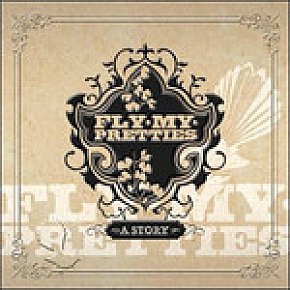 The short explanation of this concept album and handsome package (a CD, a DVD with variations on the live concert and bonus features such as an animated version of A Story, plus a booklet) is that it is an expansion of the previous two FMP albums with new songs taken from their live shows (which has a kid's story narrative woven throughout on the DVD). So you can just play the CD and enjoy... > Read more 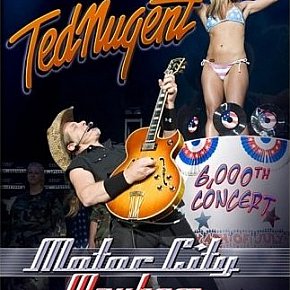 While I would never defend the man and his music in any serious way, I think every home should have a Ted Nugent album. (Cat Scratch Fever from '77 would be my guess but I will let fans correct me, my vinyl does sound very thin these days). I would recoil at the thought of TWO Nugent albums however, but I am going to make an exception: one album and one DVD. This is the one DVD. It is... > Read more 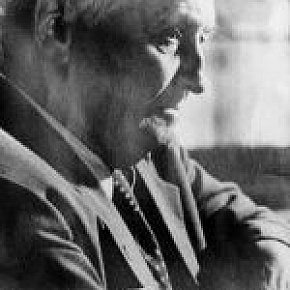 American film-maker Robert J Flaherty (1884-1951) from Michigan was a man who liked to explore lives on the edges of his known world: he went to Inuit territory to film his pseudo-doco Nanook of the North of 1922 (which, along with actor Anthony Quinn, allegedly inspired Bob Dylan’s Quinn the Eskimo); Samoa for Moana four years later (Flaherty also co-wrote Tabu with F.W. Murnau in... > Read more

British Sea Power: No Man is an Archipelago (from The Man of Aran) 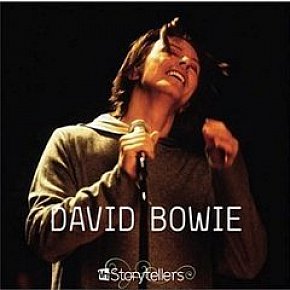 At the very end of the Nineties, David Bowie released one of his best album in years, Hours. Unfortunately by that time fewer and fewer people were listening to him. He'd started the decade with the two Tin Machine albums in which he tried to bury himself within a band format (about as successfully as McCartney did with Wings) and although he returned under his own name for the excellent... > Read more 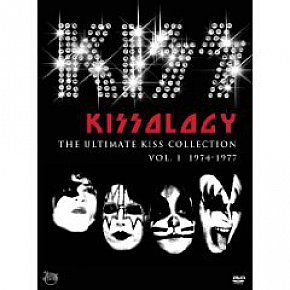 It goes without saying that if Kiss hadn't existed then a 14-year old Japanese boy with a manga fixation would have invented them. He might have writen better songs for them as this rather too wide DVD live collection (three discs, over seven hours in total, seven versions of Black Diamond!) reminds you. Take away the make-up, platform boots and fire-breathing, and Kiss were a rather... > Read more 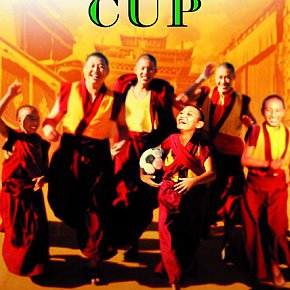 There is a wry scene halfway through The Cup, the debut feature by Bhutanese film maker Khyentse Norbu. In a remote Buddhist monastery in the Himalayas, novice monks are obsessed with the World Cup soccer competition. An older monk, Geko, attempts to explain it to his abbot, who's bemused by the idea of two nations fighting over a ball. But the abbot wants to know what they get by... > Read more 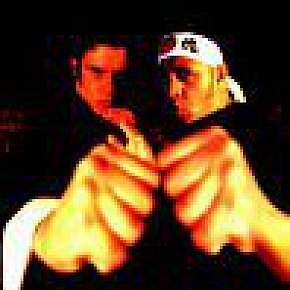 The legend of the Tongan ninja is so legendary that most people know it. But for those who missed it -- possibly in the shower when it came knocking -- it goes like this: young Tongan boy Sione is flying between the small Pacific Islands with his dad on Finau Airlines when mischievous, spiteful Marvin (a "friend" but later his nemesis) cuts some wires and the plane crashes on to a... > Read more 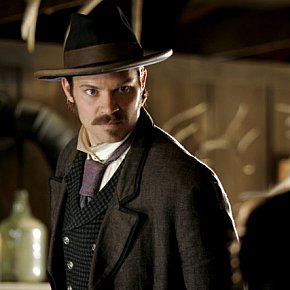 There are few more quiet characters on television than Sheriff Seth Bullock who broods with repressed menace throughout the gritty Western series Deadwood. His dialogue usually comes down to a few lines like, “I appreciate your kind concern” or “Don’t!” Yet get 38-year old actor Timothy Olyphant -- who plays the moustachioed and troubled hunk -- on the phone... > Read more 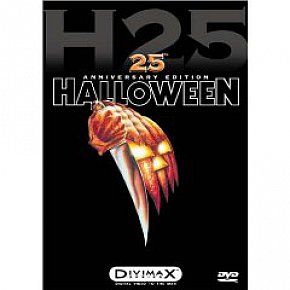 Let's get these killers and their thrillers matched up right: the murderous baddy in Nightmare on Elm Street was Freddy; in Friday 13th it was Jason; the guy with the buzzing blades in Texas Chainsaw Massacre was Leatherface, and in Halloween it was ... Yes, when it comes to evil-doers the name "Michael Myers" hardly creates a flutter, really. Wasn't he Austin Powers too? Yet... > Read more 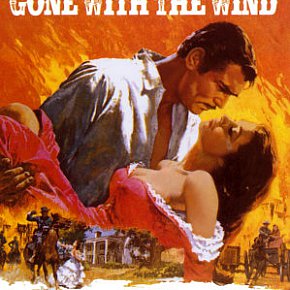 Flick through reviews of the famous 1939 film adaptation of Margaret Mitchell's classic Civil War novel of romance and southern ways, Gone With the Wind, and it's hard to believe the critics were writing about the same thing. Dilys Powell wrote that Vivien's Leigh's performance as the spoilt, petulant Scarlett O'Hara was "compact of vivacity, coquettishness and rigid egoism, extremely... > Read more