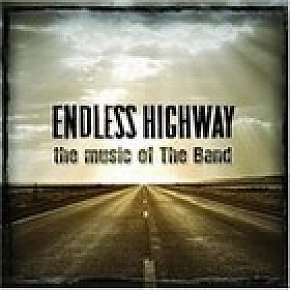 Tribute albums are, almost by definition, uneven. Some artists will be up to the challenge, others won't quite get inside the song. This one however has a higher score card than most, largely because of the calibre of those on hand -- and of course the quality of the songs. So here are appropriately enough are Guster and Gomez (both featured on Elsewhere previously), The Allman... > Read more Earnest young men of the Anglo-folk persuasion aren't exactly thin on the ground these days, but Brown is worth your attention. His voice is gentle but has some depth and restrained power, and if his lyrics stray sometimes into that self-obsession/broken love/"darkness of the soul and mind" axis then that pretty much comes with this territory. What Brown has which sets him apart... > Read more 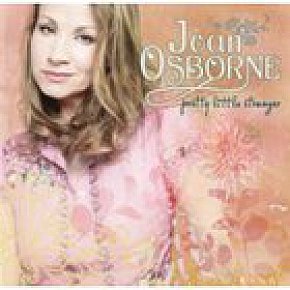 While going through some papers last week I came on the interview I had done with Joan Osborne in smalltown Vermont as she was riding the crest of her unexpected radio hit that went, "what if God is one of us, just a slob like one of us?" I felt sorry for 32-year old Osborne who knew soul and the blues, had studied Pakistani qawwali music, and had done songwriting sessions with the... > Read more 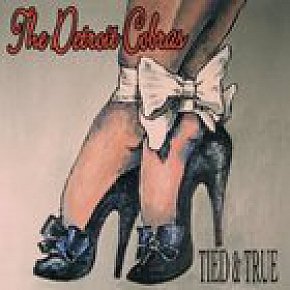 This rough'n'raw outfit from the Motor City have perfected the art of lo-fi covers of Motown r'n'b and old rock'n'roll hits, and strip them right back to the elements which I suspect are in this order; a good time, leopard skin pants, high heels and getting people up dancing. In one sense there isn't anything to get too excited about -- they aren't like Dr Feelgood or the Stones in their... > Read more 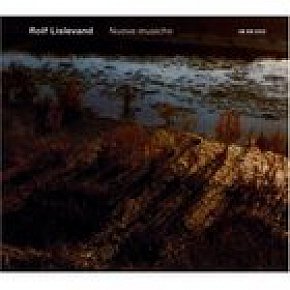 The clue here is the record label, this is on a long-running subsidiary imprint within the famous ECM jazz label which is specifically for classical music, although not "classical music" as you might understand it. The New Series' biggest hit was the pairing of jazz saxophonist Jan Garbarek with the vocals of the Hilliard Ensemble. That album Officium crossed over between the... > Read more Given that when Buckley died over a decade ago he left only one complete album behind (the breathtaking Grace) and a couple of EPs, it seems to have been remarkably easy to keep the product coming. A couple of years ago there was the Grace Legacy Edition which came with bonus tracks, a doco DVD and videos. There have also been a few live collections, the double disc The Sketches for My... > Read more You will doubtless soon hear and read about this elsewhere, but this Elsewhere likes to alert you early to a good thing -- and this third album by the Auckland-based trio is definitely a good thing. Lucid 3 have steered an interesting course between indie-rock and mainstream acceptance: their 2002 debut Running Down the keys did well largely due to word of mouth and student radio play, and... > Read more 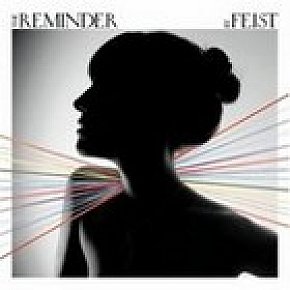 Leslie Feist, the former indie-rocker from Calgary in Canada (she fronted Broken Social Scene) has created considerable interest recently for her diverse alt.pop sound which also has one foot in the soul camp and the other in a place somewhere between breathy ballads and lo-fi folk-rock. This time out -- recording in an old house on the periphery of Paris -- she charts a curiously... > Read more

Feist: The Limit To Your Love 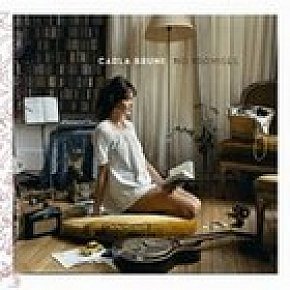 The gorgeous Bruni is the woman -- so my wife tells me -- at whom Jerry Hall once shouted, "Keep yo' hands off ma man". (Jerry and Mick Jagger divorced not long after, although it would be unfair to blame this model-cum-singer for that). Bruni is undeniably beautiful -- which in some eyes will preclude her from also being a singer. Models who make albums aren't usually... > Read more 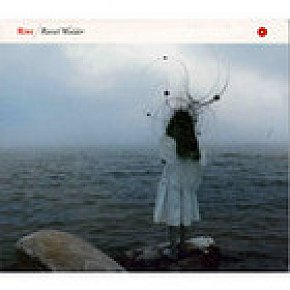 Walder was the producer/arranger and oboe player on Whirimako Black's exceptional Kura Huna album of two years ago, and if there had been any justice it would have appeared in "best of the year" lists. My guess was too few critics heard it, some were put off by Black singing in te reo (the Maori language), and even fewer understood just what a breakthrough album it was. For... > Read more

Russel Walder: The World Goes Through My Mind Although nominally a bluegrass band, this six-piece from Virginia (here produced by Jim Scott who did similar duties for Johnny Cash and Tom Petty) have staked a claim in alt.country and country-rock, so it is no surprise to see some overseas writers namechecking the late-period Byrds, the Band and early Wilco in articles. King Wilkie certainly aren't up-beat banjo-pickin' bluegrass boys... > Read more Of course there is white country soul -- and here is the evidence, a voice from the white trash ghetto which aches like a Southern soul singer. There is a backwoods quality here -- real steamy Georgia funk -- but it is offset by the spirit of Memphis soul, the Allman Brothers, James Brown and the blues. Quite a meltdown and if it isn't always musically original Grey makes up for it in... > Read more 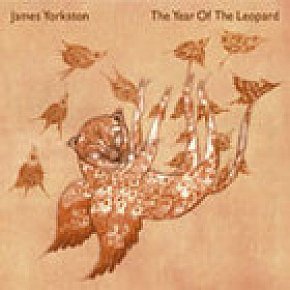 You probably won't hear a quieter, more surreptitiously beguiling album this year than The Year of the Leopard, an exceedingly understated collection by this Scottish alt.folk singer/songwriter who moves in the same circles as Martin Carthy, Bert Jansch and the like. Nick Drake and the Incredible String Band are also reference points. And I can tell you nothing more than that, not that you... > Read more And the sum total of my information is that these guys are from Sydney -- oh, and that neither of the duo at the core of this small acoustic-based band are called Rand or Holland. R&H apparently grew out of home recordings by singer-bassist Brett Thompson who initially teamed up with guitarist Stuart Olsen, and now have invited other like-minded players into the fold. This is pop... > Read more

Rand and Holland: Oh My Love 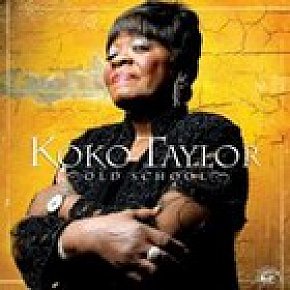 Some years back this fog-horn voiced blues singer released an album under the title Force of Nature: and that's what she is. Now 71, Taylor can still drive in nails across the room with her gutsy blasts, and she has never shied away from having a beefy rockin' guitar-driven band behind her because she knows if they get too loud she can just bellow right across the top of them. She is... > Read more Guster: Ganging Up On The Sun (Ryko/Elite)

Gentle pop with overtones of Crowded House, Brian Wilson, alt.folk and Paul McCartney? Is there still a place for it? On this their fifth album, which came out last year Stateside and gets belated release here now, this American quartet have honed their songcraft down to those key elements of acoustic-based pop: effortless chord changes, a foot-tapping beat, memorable melodies, harmony... > Read more 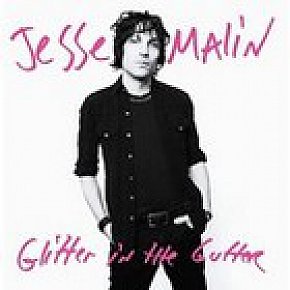 With Malin sometimes sounding like a young Mick Jagger, mostly like a slurry and coked up Tom Petty (before he went soft-rock), and with the urgency of Springsteen's Born to Run period mixed with the Stones' It's Only Rock'n'Roll, this album fairly leaps out at you as Malin hauls in supporters such as Ryan Adams, Jakob Dylan, the Queens of the Stone Age's Josh Homme and the Boss himself.... > Read more 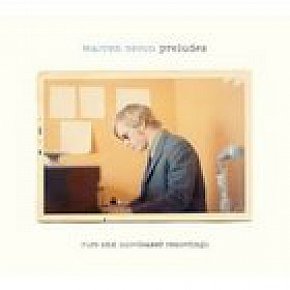 Among the very few autographs of stars that I have is one sent to me, unsolicited, by Warren Zevon after I'd interviewed him. On it he wrote: "To Graham. Good luck!" Given Zevon was something of a dark and mischievious character I wondered if that "good luck" suggested he might know of something disconcerting lurking in my future. When he died of lung cancer in... > Read more Former busker Love leaped straight into the foreground of New Zealand music on the strength of this impressive album released a year ago: it is drawn to your attention now because the singer-songwriter is one of the three finalists for a Tui award in the country music awards to be held in June*. If there's any justice . . . Love's voice is languid, measured and gets deep inside the... > Read more Elsewhere has never pretended to be fashionable, and this one certainly ain't. Two salty old pals just a-sittin' and a-playin' a bunch of tunes from their back pages: Bob Wills' Don't Be Ashamed of Your Age; Charlie Feathers' I Forgot To Remember To Forget; Saginaw Michigan; Old Cape Cod; The Blue Side of Lonesome; Old Rugged Cross . . . It doesn't come much more unfashionable -- or... > Read more