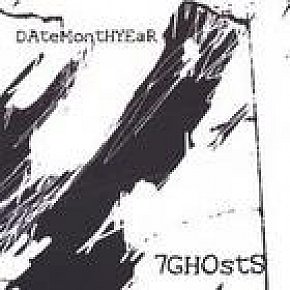 Many are sent and few are chosen, and despite this album coming out in 2005 it has been chosen here because . . .? Well, there is something relentless, driving, ambitiously epic and genuinely atmospheric about this eight-track album by this flexible line-up from Hamilton, New Zealand. It doesn't surprise me that they performed three of their songs with the Waikato Symphony Orchestra... > Read more 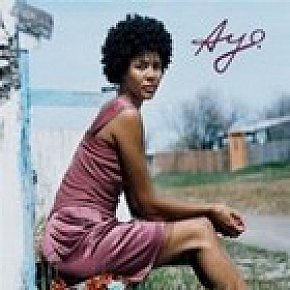 The background to this itinerant singer-songwriter would make a good if slightly grim novel: she was born in Germany to a Nigerian father and a Romany mother; grew up in a gypsy community; spent time in Nigeria as a child; came back to Europe and mother became a junkie; ended up in London at 21; moved between New York and Paris; started singing in clubs around Les Halles; had a child . . .... > Read more

Ayo: Down on my Knees 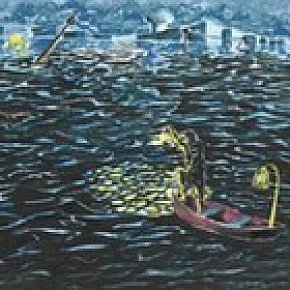 Billy Bob Thornton has made some pretty bad movies, but among his best is Friday Night Lights in which he played a football coach at a small town in Texas. It is a wonderful movie full of small telling detail about dreams, promise denied and the expectation a small town places on its college football team. Thornton is a man under pressure as much as his players. The film also boasts... > Read more

Explosions in the Sky: catastrophe and the cure 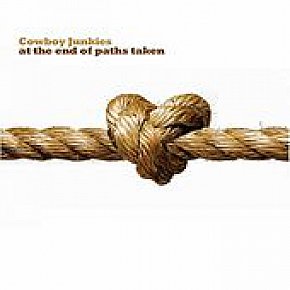 When the Cowboy Junkies' breakthrough album The Trinity Sessions arrived in '87 music was getting noisy and Guns'N Roses stomped the planet. But the Junkies' famously cheap album -- recorded in a church for a couple of hundred dollars apparently -- captured the imagination, especially their version of Lou Reed's Sweet Jane. The mood of the album was all of a piece: subdued, intimate and... > Read more 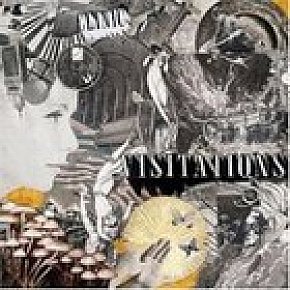 Rock albums come and go around my place -- but this one, like the new Arcade Fire and the Kings of Leon album -- has just clung on: it is dense, the singer sounds like he is seething with barely repressed anger, the guitar are gravelly, there is something of The Fall and Pere Ubu about them, and the multi-layered songs are often underpinned with restless and driving rhythms. And I knew nothing... > Read more 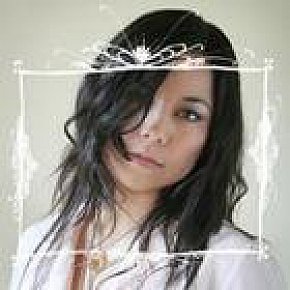 Elsewhere has a habit of getting in quickly when it comes to new music, but I'm sure some subscribers have caught this Japanese-born,Kiwi-bred singer-songwriter in her low-key live appearances in small clubs and bars. This six-track debut EP is more like a calling card than a fully-fledged album, but it exudes effortless talent and great potential. She has already impressed any number... > Read more 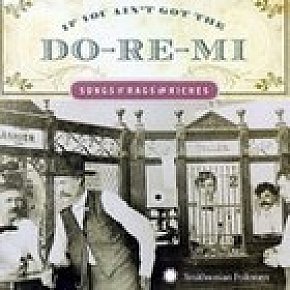 Subtitled "Songs of Rags and Riches" this 27-track collection pulls together the likes of bluesmen Lead Belly and Josh White, folk singers such as Pete Seeger and the New Lost City Ramblers, and others on songs (mostly) born in the Depression. So here are classic songs such as Brother Can You Spare A Dime? and Nobody Knows You When You Are Down And Out. Okay, not the most... > Read more 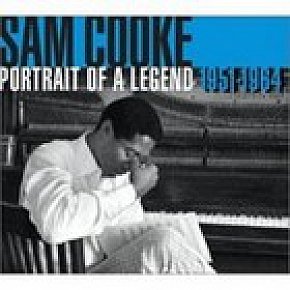 It seems a shame that this great soul singer -- who was shot in strange and sad circumstances in late '64 -- should be relegated to classic hits radio and soundtracks on the basis of a few of his hits: You Send Me, What A Wonderful World, Bring It On Home To Me, Another Saturday Night . . . Cooke's wonderful gospel-into-pop sound of 1959-65 was covered on the excellent double disc box set... > Read more

Sam Cooke: Just For You 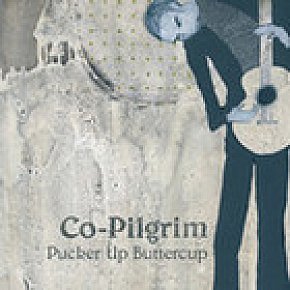 A few years ago there was a hopeful movement started in the UK: it came with the slogan "Quiet is the New Loud". Movements which get a slogan before a following are usually shortlived, and so it was with that one -- although to be fair a lot of pretty and quiet albums arrived subsequently, but most from bands we never heard of again. Singer-songwriter Mike Gale (who is... > Read more 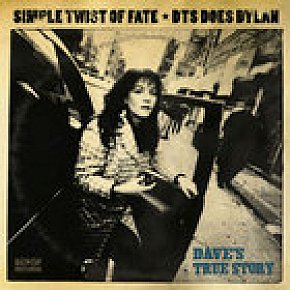 A couple of weeks ago I posted the excellent Drive All Night, the debut solo album by Kelly Flint (see tag) and noted that while she was now in that vague alt.country camp she'd apparently been in a hip-jazz outfit from New York called Dave's True Story. I said I had never heard of them: now I have. They sent me three of their albums and yes, they are slippery, jazzy, finger-poppin'... > Read more 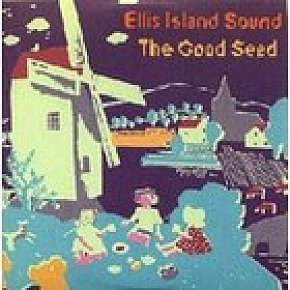 At last! I received a preview copy of this wonderful instrumental album almost six months ago and have been waiting ever since to post it. And in that time I kept changing my mind about which track to post: in the end I have just stabbed my finger at the list and gone with that one. "S'all good", as the hip-hop kids say. This UK duo -- Pete Astor and Davis Sheppard -- are... > Read more 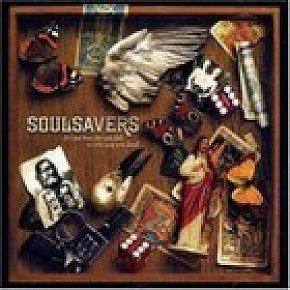 Suffused in religion, redemption, Christian imagery and dark melancholy (aside from the uplifting opener Revival which deliberately recalls Knocking On Heaven's Door), this is an exceptional album -- and one which seems a very long way from what we might loosely call "rock culture". With guest vocalist Mark Lanegan's solemn baritone everywhere (and Will Oldham on one track, Jimi... > Read more 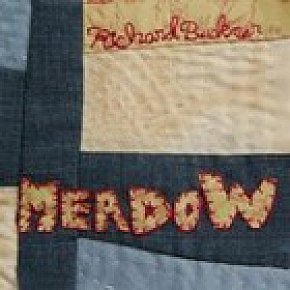 In a fortnight during which I have heard exciting music of all persuasions -- from the London wideboy hip-hop of Jamie T to the orchestrations of Philip Glass (see below) -- this one is the real standout. From swirling but moody pop-rock which recalls elevating 60s jangle and Joy Division simultaneously (the exciting opener Town) through driving Americana and on to deft acoustic work over... > Read more 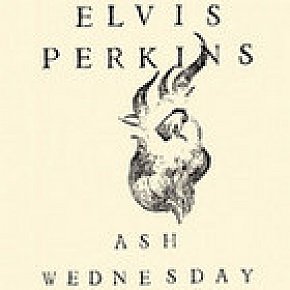 A publisher once told me that if I wanted to write a successful book I should put the word "Elvis" in the title. I said my next book would be called "Elvis in the Title". It's an odd fact though that the very word commands attention, whether it be the singer Elvis Phuong in Vietnam (who does MOR Beatles covers actually) or the various churches of Elvis. Served... > Read more

Elvis Perkins: All The Night Without Love 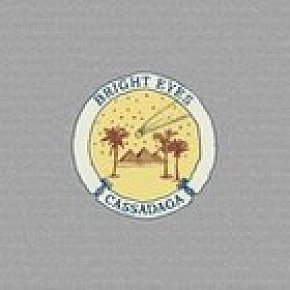 A couple of years ago -- around the time Bright Eyes (Conor Oberst to his parents) broke biggish with the two 2005 albums I'm Wide Awake, It's Morning and Digital Ash in a Digital Urn (the former of songs, the latter electronics) -- I was in Tower Records in Seattle. I spotted a seven album Bright Eyes box set (yes, all vinyl) for some ludicrously low price. I'd heard of Bright Eyes in... > Read more 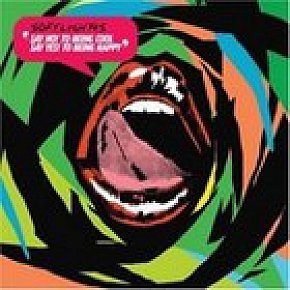 There is always a place for translucent gentle pop, and it doesn't come much more summer-kissed or amusing than this debut from a Californian band which obviously also possesses a sense of humour: titles here include The Robots in My Bedroom Were Playing Arena Rock; The Microwave Song; If The World Had Cookies; and Black Skinheads in White Pants. Purists and cynics will doubtless recoil at... > Read more

The Softlightes: The Ballad of Theo & June 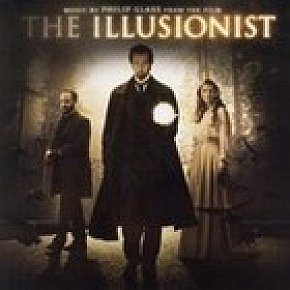 A lot of soundtracks don't stand up outside of the movie, but Glass' distinctive orchestrations, melodic repetitions and tension-release style work for me (almost) every time, and they certainly do for this film by writer/director Neil Burger. Given the dramatic suspense and subject matter in the film (magic. mystery, love) this soundtrack in particular -- and Glass has done quite a number... > Read more 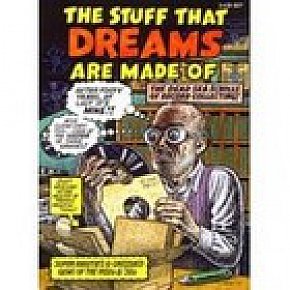 Various: The Stuff That Dreams Are Made Of (Yazoo/Southbound)

Among the many delights of this exceptional double disc package -- subtitled "Super Rarities and Unissued Gems of the 1920s and '30s -- are the artwork by that obsessive record collector Robert Crumb, and the hilarious essay by compiler Richard Nevins who attempts to justify the habits of hoarders while also acknowledging this is a crazy kind of sickness. His account of the Collyers... > Read more 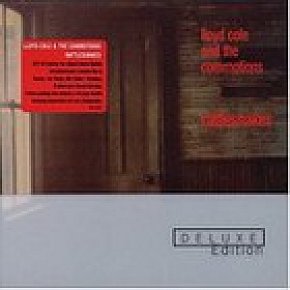 As with any year 1984 threw up some odd conjunctions, but to be honest Mr Orwell's year seemed odder than most: Springsteen's Born in the USA and Prince's 1999 competed for attention with Madonna and Cyndi Lauper. U2's Unforgettable Fire and REM's Reckoning arrived, so did Wham's Wake Me Up Before You Go-Go, Culture Club, Frankie Goes to Hollywood, Sade, lots of eyeliner -- and Bob Dylan... > Read more

Chaotic, slightly demented, aggressive and infused with a punk DIY spirit, this mind-bending collage of music, noise and sound clash from young London DJ/singer Jamie T won't be to everyone's taste -- which is a polite way of saying that some might want to approach this with caution. But the fact is Panic Prevention is a boiling, boisterous, angry and often funny mix-mash from the clubs and... > Read more