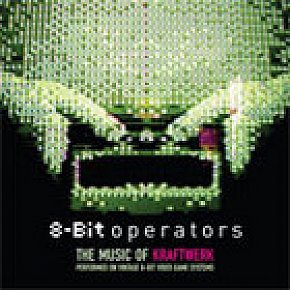 Okay, this is for those who remember playing Frogger and being thrilled by the new technology. This collection is of people using vintage video game systems to play the music of electro-pioneers Kraftwerk, which does make some kind of bent sense. It is kinda lo-fi fun, especially if you know Kraftwerk's extensive catalogue. Although Autobahn isn't here there are a lot of other... > Read more

gwEm and Counter Reset: The Man-Machine 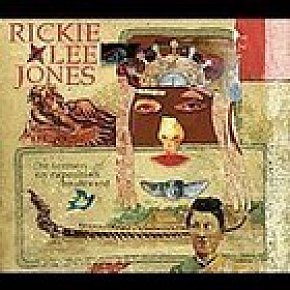 Not gonna lie to you: this is not the easiest album RLJ has made. It takes the form of some strange, sometimes Beat-styled ruminations on the life and words of Christ and how they have been appropriated by Christianity. In places it sounds like it has risen from the steam of the streets like a scene from Taxi Driver. The openers work over minimalist riffs (think early Velvet Underground),... > Read more 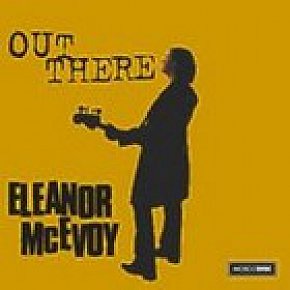 The little I know about this singer is that she was on one of those Irish women compilations, the kind of thing that gets about 35 seconds in my house before it is tossed at someone who cares. I tried a few early on and found them mawkish, sentimental and frankly just plain boring. But this album is the polar oppostite: McEvoy sings with a hurt, adult, bruised tone, is virtually free... > Read more 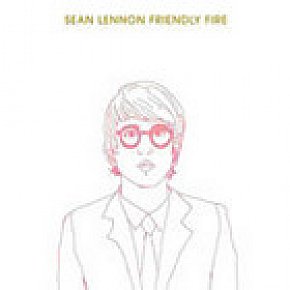 You have to sympathise with the Lennon kids: Julian was skewered for sounding too much like his Dad (and people like Karl Wallinger of World Party weren't taken to task on the same charge?), and Sean for not carrying the flag in quite the way some thought he should. That first Sean album had hints of bossa nova and was peppered with ethereal ballads. Not quite what people expected... > Read more 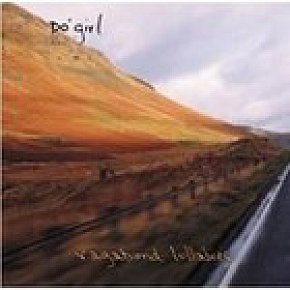 This is an unusual one: the Po' Girls seem to be a fairly flexible line-up which includes Trish Klein of the Be Good Tanyas (who have featured at Elsewhere previously). So there is a touch of the Tanyas' alt.folk and country stylings about this album, but there is also much more. They haul in Cajun fiddle, some lazily delivered Beat poetry and Thirties jazz to make a musical mix which can... > Read more 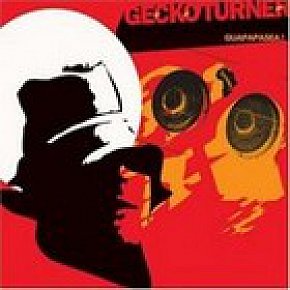 The absurdly named Gecko Turner is actually a Spanish producer and composer who has fronted bands, won awards, and effected a pleasantly lazy meltdown of global pop and dance styles into something which is distinctively Spanish despite its eclecticism. He opens here with a barely recognisable treatment of Dylan's Subterranean Homesick Blues (kinda cruisy, for cocktail hour!) and later... > Read more 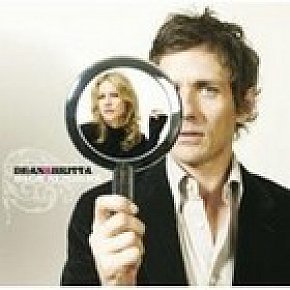 The main players here are former Kiwi Dean Wareham and Britta Phillips, one half of the New York-based band Luna whose distinctive, moody style drew from the template set down by early Velvet Undergound. In fact Luna opened for VU at one of those fraught 90s reunions. Wareham was also in the earlier indie band Galaxie 500. Together D&B provided the score to the Oscar-nominated movie... > Read more 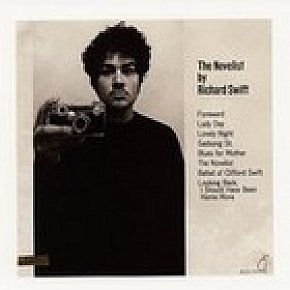 This utterly engrossing double disc brings together Californian Swift's two previously released (but rare) albums from a couple of years ago which were made up of singles he drip-fed over the years. This reissue announces to the wider world (and me, I'd never heard of him) his particular, quiet genius. At times his easy-on-the-ear ballads have a sub-Bacharach quality, in other places... > Read more

Richard Swift: Looking Back I Should Have Been Home More 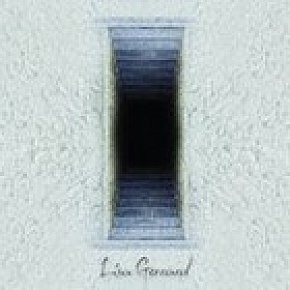 This evocative 15-track collection draws on Gerrard's extensive soundtrack work (material from Gladiator, Whale Rider and Ali are included here), her solo albums, and those with Dead Can Dance. Given that range, what is apparent from these tracks is how singular her musical vision has been: wordless and ethereal vocals imbued with a spiritual -- and even holy -- quality. Hints of... > Read more 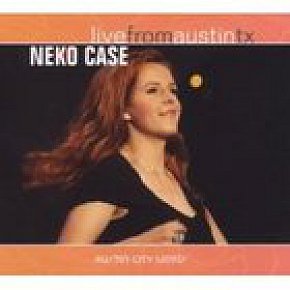 Although a belated release -- it was recorded in August 2003 -- there is some serendipity of timing: Case's 2006 Fox Confessor Brings The Flood popped up in many "best of the year" lists. On release I gave Fox five stars in the New Zealand Herald and in the end of year "best of" wrap-up wrote of it, "This typically diverse Case album runs from pure guitar-twang pop... > Read more 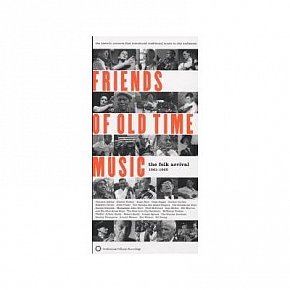 Subtitled "The Folk Arrival 1961-1965", this three CD collection with a handsome and informative booklets of essays and histories of the songs, will be of great interest to those turned on to this kind of unadorned music by the soundtrack to Oh Brother! Where Art Thou? Or who like rural blues, artists like the Stanley Brothers, or want to hear where Gillian Welch and others of the... > Read more

Fred McDowell: Going Down To The River 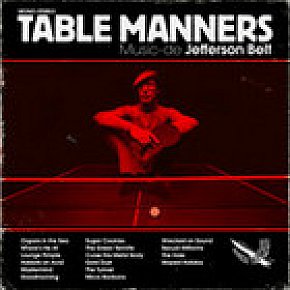 All I know about this warm, user-friendly and hypnotically amusing album is that Mr Belt (if we believe that is his name) was a member of the Auckland band Sperm Bank 5 whose name, but not noise, I remember from over a decade ago. Some of his subsequent instrumental work appeared on a Kog compilation and . . . Well, that's where my (supplied) information runs out. Ignorance... > Read more 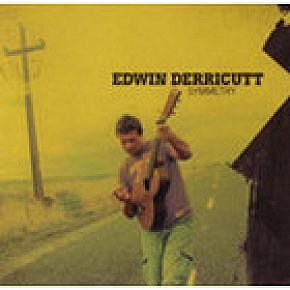 Elsewhere frequently gets albums from local artists wanting to be posted and reviewed, but to be honest very few make it through. You'll note that last year only the likes of Paul McLaney, Reb Fountain, Dudley Benson, Miriam Clancy and a few others made the final cut. You have to be good to be in the company of Bob Dylan, Soaud Massi, Tom Waits and so on. This singer-songwriter... > Read more 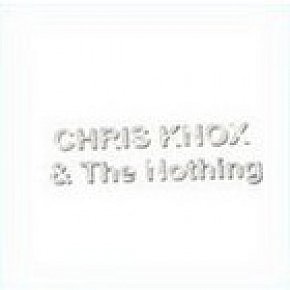 Knox may seem over-exposed after a lifetime of music in this country, but at the Big Day Out in Auckland he proved to have as much, if not more, energy and passion than some of those Big Name Bands on the main stage. And a great deal more humour. Over the course of his set he pulled a growing crowd, which he raced off into at the end, still singing using his headset mike. Everyone bayed... > Read more

Chris Knox and the Nothing: The Darkest Star 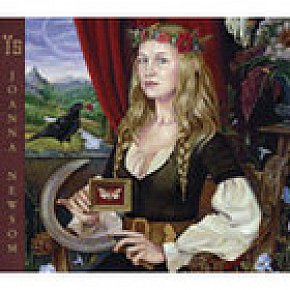 Arriving at the tail end of last year, this album was too late for it to be considered by reviewers and so has largely gone unacknowledged. But it has appeared on numerous international "best of 2006" lists. However be warned, this baroque folk is not an easy proposition: Newsom sometimes sings like Bjork channelling Shirley Temple, and with lavish string arrangements by Van Dyke... > Read more 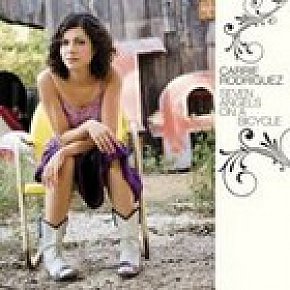 This album came out late last year but went largely ignored, even by me until I discovered it in a pile recently. And I'm very glad I did. Probably only known for her singing and fiddle playing with the great songwriter Chip Taylor -- check their 2005 Red Dog Tracks album -- this is Rodriguez' solo debut, and it's a real showcase. With avant-guitarist Bill Frisell, pedal steel player... > Read more 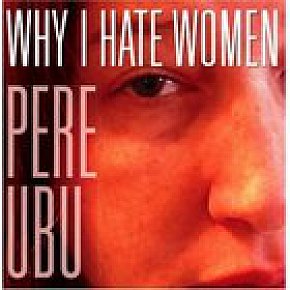 This will definitely not be to everyone's taste -- but I have been a longtime follower of Pere Ubu and the solo career of its portly front man David Thomas whose vocals can be as appealing to some people as Yoko Ono's screaming. From the confrontational album title through tracks called Babylonian Warehouses, Flames Over Nebraska and Stolen Cadillac, this is a typically demanding but also... > Read more 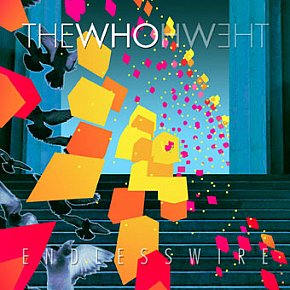 Right from the opening bars here - a repeated keyboard figure like Baba O'Riley and a crashing power chord - Pete Townshend puts you on notice that the sonic power of The Who, now just him and Roger Daltrey as sole survivors of the original band, is undiminished by the years. Of course, that's the easy part and when Daltrey enters his voice lacks its former wallop. But that's an impression... > Read more 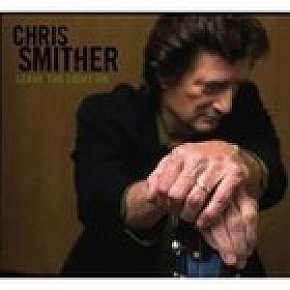 Smith is a grizzled-sounding roots-country singer whose spare songs glisten with his guitar playing, and whose baritone sounds whiskey-cured and filled with gravitas. He's no chicken (he's 62 and recorded his first album 33 years ago), but that only adds to his authentic, throaty country-blues which owes debts to Mississippi John Hurt, but also respects more recent songwriters. (He covers... > Read more 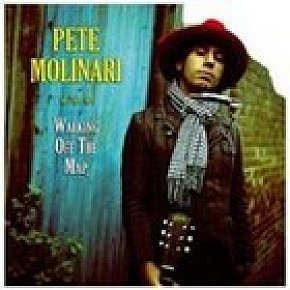 Molinari is from Chatham in England, but he might have stepped out of an East Village folk club in 1962. Dylan is an influence (he covers Bob's old Tomorrow Is A Long Time, and there is another early Dylanesque title and antiwar song in The Ballad of Bob Montgomery). But his stripped bare style and memorable, emotional and unwavering voice sets him apart as very much his own man, even though... > Read more