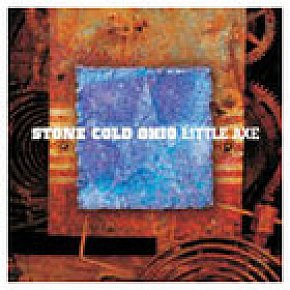 Little Axe is guitarist/singer Skip McDonald who first came to attention as a member of the Sugar Hill Gang, the house band for Sugar Hill Records which released such classic rap tracks as Grandmaster Flash's The Message. McDonald went to England and joined Adrian Sherwood's On-U Sound crew and was a member of the innovative Tackhead which threw blues, dub, reggae and hip-hop into the... > Read more

Little Axe: If I Had My Way 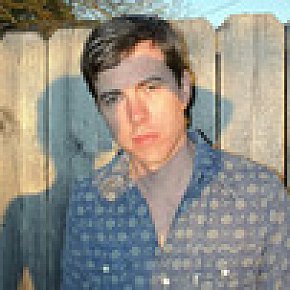 Smog is the astonishingly prolific Bill Callahan who has moved from a deliberately untutored style into what might be loosely considered alt.country. This four track EP (with Jim White, Joanna Newsom and others) is elegantly plain and unadorned, and sets you up for a new album early next year. If you haven't heard Smog you need to approach with caution: there are probably a couple of... > Read more 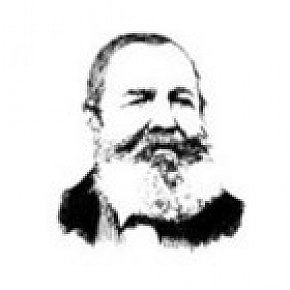 Trained as a chorister, Benson was awarded a choral scholarship and became head soloist at the Christchurch Cathedral Choir, then when he went to university he majored in composition. Hardly the standard route for most indie-pop artists. Among the six tracks here are two orchestral pieces, a remix of his terrific single It's Akaroa's Fault, and a remix of the earlier I Don't Mind. Benson... > Read more 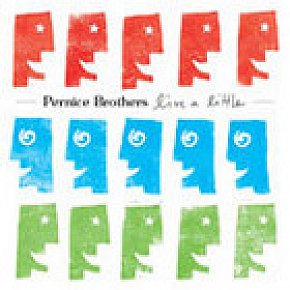 The vehicle for Joe Pernice, this band make slightly askew alt.pop and haven't been averse to pulling in orchestration when required. Where once Pernice made alt.country with his band the Scud Mountain Boys he now nods to Brian Wilson and classic pop of the mid 60s. In many ways it is unfashionable music because it isn't as alternative as some might like, but this album glows with... > Read more 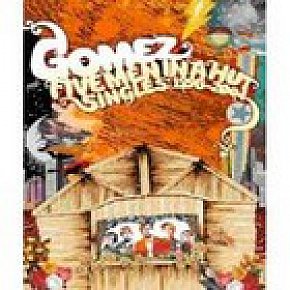 No one reviewed this double disc when it came out late last year which is not surprising: although this British band picked up the coveted Mercury Award for their 1998 debut Bring It On they seem to have been a critic's favourite since. No one else seems to care which is a shame, they are terrific -- if slight uncategorisable: alt.country, alt.rock, alt.pop? Just alt. This sprawling... > Read more 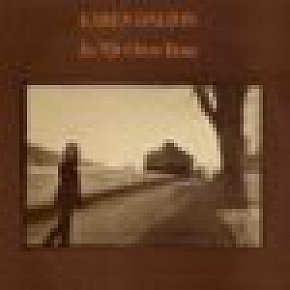 Karen Dalton: In My Own Time (Light in the Attic/Global Routes)

Dalton, who died in 93, was one of the leading lights in the New York folk scene in the early 60s and was much admired by Bob Dylan. The track Katie's Been Gone on Dylan and the Band's Basement Tapes is allegedly about her, and Nick Cave's When I First Came To Town was inspired by her. Cave, neo-folkie Devendra Banhart, Fred Neil and many others have been fans of her aching, world weary... > Read more

Karen Dalton: In a Station 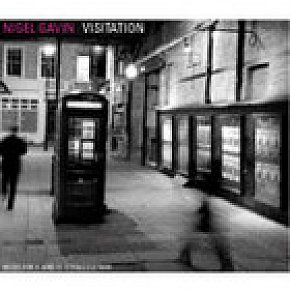 Guitarist Gavin is probably well known to more people than they realise: he has played with the Nairobi Trio, the Jews Brothers, created the guitar orchestra Gitbox Rebellion, and has been on albums by Wayne Gillespie, Ross Mullins and Whirimako Black. But it has always been his own albums -- limited edition and so under the radar for most people -- which have seen him at his most exploratory... > Read more

Nigel Gavin: The Land Beyond Goodbye 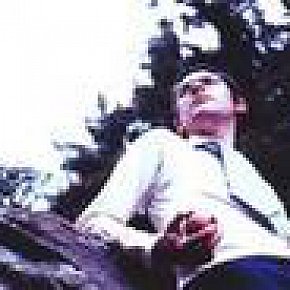 I'll tell you more about former Christchurch (now Auckland) singer-songwriter Benson soon, but it's enough for now that he was a real discovery for me when he opened for Casiotone For The Painfully Alone some months back. It was just him and a few cheap keyboards and tape machines (so he could sing counter melody with himself) and his songs were charming, sometimes a wee bit dark, often witty... > Read more 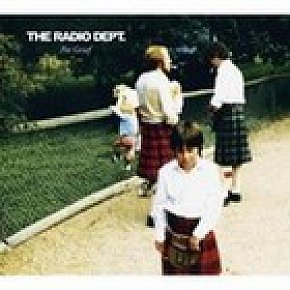 From the same label as the wonderful Camera Obscura (see the archive) comes this easy-on-the-ear blend of electronica and pop located somewhere between early Orchestral Manoeuvres in the Dark and the Pet Shop Boys. But not really. There is a more dreamy quality to the slightly distant vocals, and despite the drifting melodies (think the Church gone electronic) there is an emotional despondency... > Read more 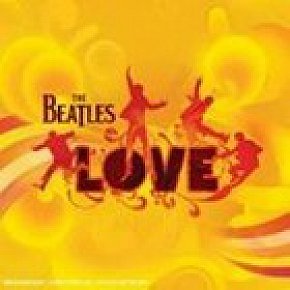 You've probably read about this one already (maybe even by me in the Herald where I wrote an extended review) so all it needs is for you to hear these musical collages pulled together by the former Beatles' producer George Martin and his son Giles. It is impressive listening and the assimilation of one musical idea into a completely different song makes for some real ear-swerves, especially... > Read more

The Beatles: Within You Without You/Tomorrow Never Knows 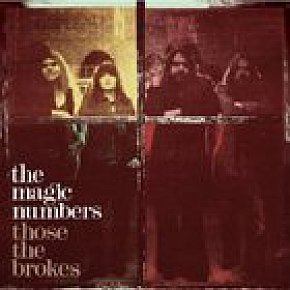 Regular readers of Elsewhere music pages will know my long and abiding love for pop music, and this band is one of my favourites for two reasons: their debut album sparkled with memorable pop melodies, and when they played at the Big Day Out they came on stage smiling and waving. They looked real happy to be there, and that attitude was infectious. This follow-up to that impressive,... > Read more 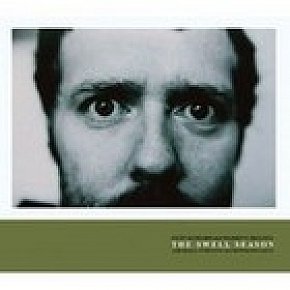 As I've said previously, music arrives on this Elsewhere page by virtue of its own strength rather than as a hip new thing bannered by promotion and prior critical acclaim from overseas. This album is another of those. I had no idea who Hansard was (I've subsequently learned he's the singer with an Irish band called The Frames whom I've also never previously heard of) and all I know of Irglova... > Read more 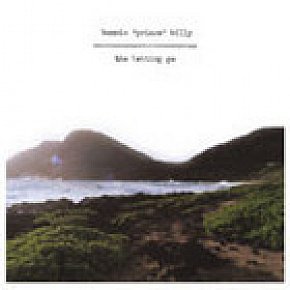 Will Oldham has appeared under so many noms-de-disque it can hardly be his audience's fault if it hasn't been able to keep up: he's been Palace, Palace Brothers, Palace Music, Bonny "Prince" Billy, Bonnie Billy, been a member of various bands, and sometimes even appeared under his own name. It would take a work of great insight and length to make clear distinctions between all... > Read more 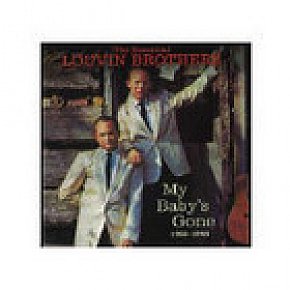 About 15 years ago (at least) I saw a short-lived Auckland band The Dribbling Darts of Love which was fronted by Matthew Bannister, formerly of Sneaky Feelings. I'd always liked Matthew's music and this outfit -- with his wife Alice on cello -- were excellent. He played one song that I asked him about afterwards and he said it was by the Louvin Brothers. I didn't think I'd heard of them, but... > Read more 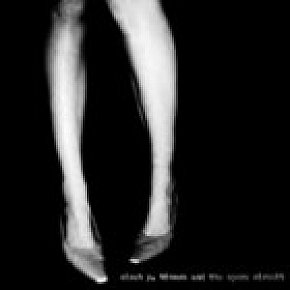 Micah P Hinson and the Opera Circuit (Sketchbook/EMI) Hinson from Texas came to Auckland in August last year for a low-key show at the Wine Bar on K Rd, playing to a capacity audience of about . . . ahh, maybe 30 people. No matter, he was darkly engrossing and his spare songs of loss and pain wouldn't have sounded out of place if Kurt Cobain had sung them. (Not dissimilar drug problems for a... > Read more 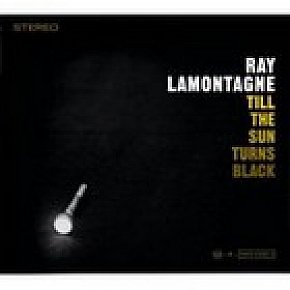 Singer/songwriter LaMontagne is a reclusive type whose previous album Trouble of two years ago was a critical favourite and even managed to sell around a quarter of a million copies. Not bad for an unknown whose music has a deeply personal and cathartic quality, and hardly sounds chipper or media friendly in his tight-lipped interviews. He says he envies musicians who are entertainers,... > Read more 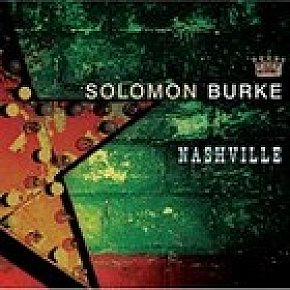 This great soul singer -- more correctly "The King of Rock and Soul" as he was most often described in the 60s -- is now 66. In the past couple of years, after decades away from the spotlight, he has sprung back to attention with two strong albums, Don't Give Up On Me, and the slightly less impressive Make Do With What You Got which copied the template of the former a bit too... > Read more 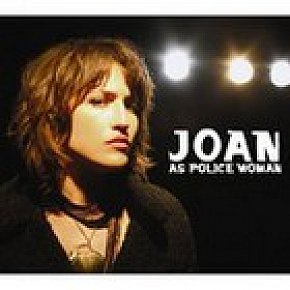 Joan Wasser has been in such exceptional bands as those behind Rufus Wainwright and Antony (she's a "Johnson" in other words), both of whom are singers noted for their nuance and sometimes outre, or androgynous, approach to lyrics. She counts among her admirers Lou Reed, Nick Cave, Sparklehorse and others whom she has sung with, or played her distinctive violin-cum-viola for. Joan here sings... > Read more 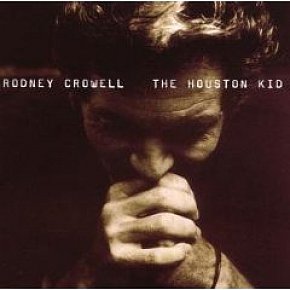 Rodney Crowell's star has been in steady decline since the 80s and now the former son-in-law of Johnny Cash and rockin' country singer-songwriter is on the same minor label as Dolly Parton who also seems to prefer a smaller label. On first hearing, the quasi-autobiographical The Houston Kid sounds uneven, but after a few plays its power as a series of narratives kicks in. Crowell... > Read more

Rodney Crowell: Why Don't We Talk About It 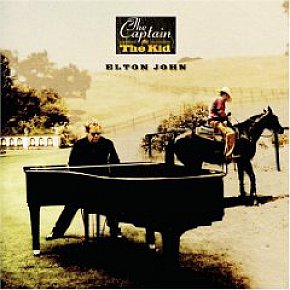 By an odd coincidence I recently bought a battered vinyl copy of Elton John’s autobiographical 75 album Captain Fantastic and the Brown Dirt Cowboy. For some reason it had gone right past me and when I looked at the track listing it was hardly full of hit singles or even FM radio fodder. The only title I recognised was Someone Saved My Life Tonight, but for $5 I figured it was worth... > Read more