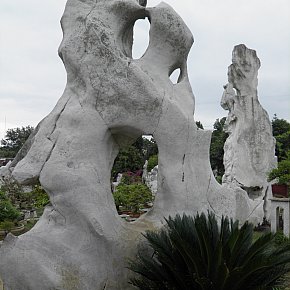 In Guizhou province they move mountains. Literally. Here in this vast region of south west China – two thirds the area of New Zealand and with a population around 40 million – mountains are moved for motorways and housing, shaped into terraces for crops or highrise apartments, bored through for lengthy tunnels and have enormous bridges strung between them. Beipanjiang... > Read more 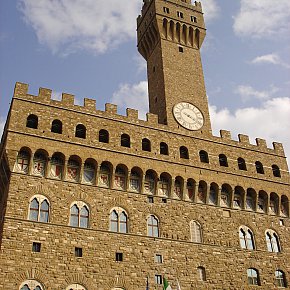 Ever been in a place where everything is the same, but different? Let me illustrate. It was close to midnight in Florence and after a fine dinner I went for a lazy stroll through the lamp-lit streets, then stopped at an outdoor cafe in Piazza della Repubblica for a nightcap of grappa. From across the broad square the distant sound of a woman singing opera mingled with the disco-dance... > Read more The provinces of Guizhou and Yunnan in south west China wouldn't seem to be the places for recreational stoners, but . . . Those of us who are recreational stoners – although perhaps I should more correctly say, “amateur geologists” –- will go a long way for an odd rock formation. And you can get weirdly stoned in south west China for days. Although Guizhou... > Read more 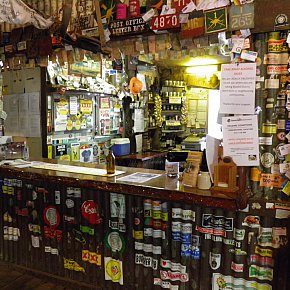 We are about 20 miles south of coastal Cooktown in the far north of Australia when we pull off the main highway onto a side road. I glance at my map and notice a place name further down this less traveled route: The Jump Up, just past Wajul Wajul. I have to ask. Dean laughs. “You'll know why when we get there. Anywhere out here where to road goes up to another level... > Read more 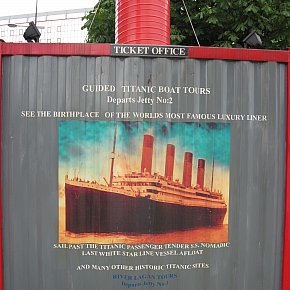 For many decades, out of some kind of misplaced shame, many simply didn’t want to talk about it. In Belfast’s shipyards the name of the vessel once so proudly built there -- but which sank in 1912 to become the world’s most famous shipping disaster -- simply went unspoken. Even today, a century after the Titanic was being constructed and although there are over 300 Titanic... > Read more

Martin Winch: My Heart Will Go On (Theme to Titanic) 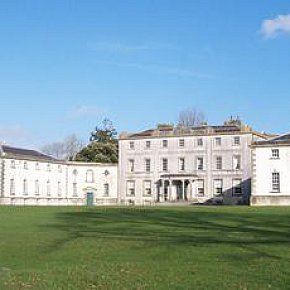 The Celtic Tiger may be limping right now, but in the great wheel of Irish history, everything becomes relative. You need only pull into beautiful Strokestown Park in County Roscommon, two hours northeast of Galway, to see history in stark contrast, and the rise and fall of people's fates. Strokestown House is a Palladian-style 18th-century mansion, with all its original furnishings.... > Read more 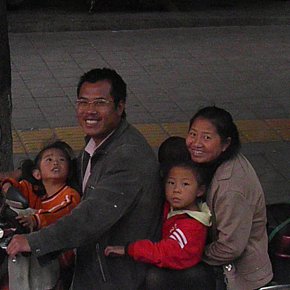 Sometimes it is the small things rather than the grand sights you remember after a trip. Around the bustling city of Kunming, the capital of Yunnan province, there are certainly sights to be seen – the expansive Yunnan Ethnic Village to the south, the wonderful landscaped gardens at the World Horticulture Exposition in the north east. But my recollection was also of the small... > Read more 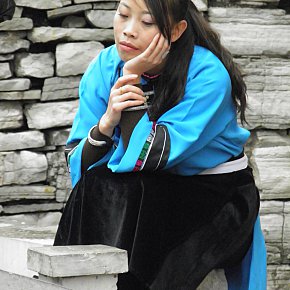 It is curious how a single photograph, snapped suddenly and with little thought of the result, can bring back a flood of memories. Among the 1024 photos I took in south west China in just eight days eight days – true, there was so much to see and too much to retain without the prompt of a picture – there are inevitably many which bring back a flood of recollections. But a... > Read more

Beautiful Woman Thinking of the Moon 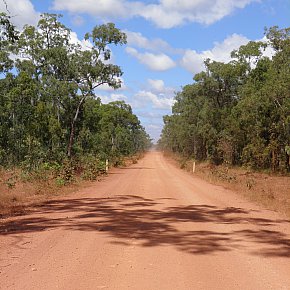 No more than a few minutes south of the tiny settlement of Bamaga in Australia's remote far north, Dean hauls our sturdy four-wheel drive Oka over and somewhere off the map and we climb out. Watching for snakes, I walk between dust-dry scrub and spindly trees and there, bent and misshapen, is the rusting skeleton of DC3 which crashed at the end of the Second World War. It exhausted its... > Read more The printed note on the bed in our room in Bali could not have been more polite. Tomorrow, it told us, would be a special day for Hindu people and the temple in the complex would be decorated with colourful cloths and ornaments. And the management apologised if the sound of the Balinese instruments would disturb us. Given we had been enjoying the quiet trickling sound of gamelan... > Read more 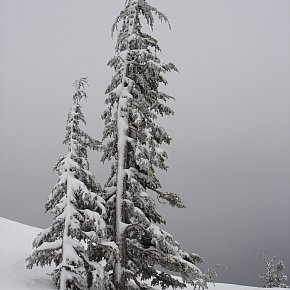 Just a guess, but the hygienically pretty town of Mount Shasta on the side of the snow-capped peak of the same name in northern California has more post-hippie residue -- herbal healers, clairvoyants and metaphysical mentors -- than anywhere else on the planet. And they are the normal ones. In Mount Shasta, population around 4000, there are those who believe a mysterious race called... > Read more 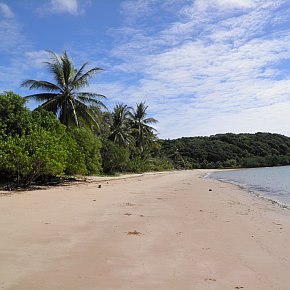 So this was to be the site of a city to rival Singapore, this short crescent of white sand fringed by palms and mangroves, and looking onto a deep channel towards a nearby island? On a quiet day – and every day is quiet at this place at the tip of Queensland not far from Cape York – this place has a certain escapist appeal. A few come to launch boats warily in the... > Read more As our lumbering but comfortable Oka – a massive, industrial-strength 4WD which has taken us along unsealed “roads” in Far North Queensland, the pointy bit up to Cape York – hits a piece of smooth highway, the brightly illuminated high-rises of Cairns come into view. I lean over to Dean, our guide and driver, and say, “Ah, the lights of civilisation . . .... > Read more 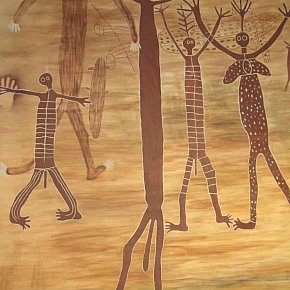 By the time we get to the top, and it is only a slight uphill walk for 15 minutes, we are breathless in the dry heat and reaching for our water bottles. Below us the smooth sealed Peninsula Development Road leads south to Cairns some 180km away, but up here on the top of this valley near Laura, where a sign indicated the population was 70, we are back possibly 15,000 years. Yes, the... > Read more 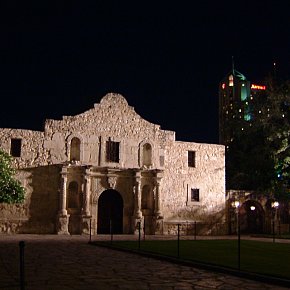 A hot Monday morning and I'm sitting outside of what remains of the old Alamo in the centre of San Antonio, Texas. From here the Crockett Hotel looms above the old mission, and street cars and taxis rumble across land which was once splattered with the blood of hundreds. Tourists, few of them international if the visitors book can be believed, waddle through the old barracks where the worst... > Read more 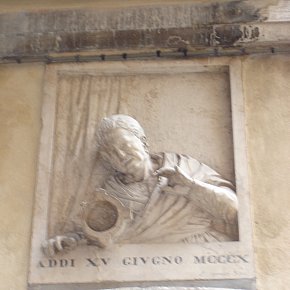 The narrow lane leading from Venice’s Piazza San Marco -- the Merceria as it is called -- is narrow and crowded. But it has always been so. This was once the main street in this city of eroding beauty and remains the shortest route between San Marco and the Ponte di Rialto (Rialto Bridge). That means lots of tourists, designer label stores, and shops selling glass from Murano. And... > Read more 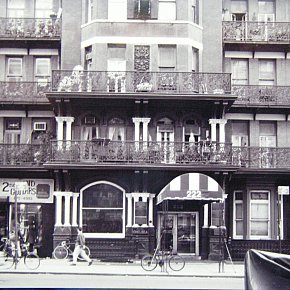 Stanley liked to talk but, to be fair, he had a lot to talk about. Stanley -- portly, smiling, intense -- was the manager at New York's famous, notorious even, Chelsea Hotel at 222 West 23rd St. He had inherited the position from his father David Bard who bought it in 1940, and Stanley had grown up in the corridors of this building which was the tallest in Manhattan when it opened in... > Read more 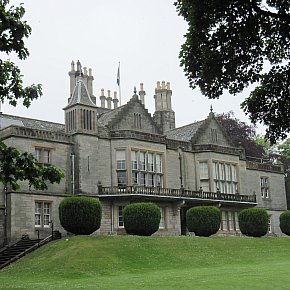 Although separated by culture and the vast Atlantic Ocean, there is a curious link between the multi-cultural, musical city of New Orleans and an antique-filled castle in a leafy suburb of Edinburgh. Lauriston Castle – more a refined stately home than a castle with cannons – is one of those fascinating places where cultural history, oodles of money and interesting... > Read more Being a travel writer – as I have sometimes grandly described myself – means never being able to say you're on holiday. Every destination – even the most mundane or local – may hold an experience, a story, or a character you feel compelled to explore and perhaps convey in print. And so I have gone out of my way to see a bizarre museum dedicated to Elvis Presley... > Read more 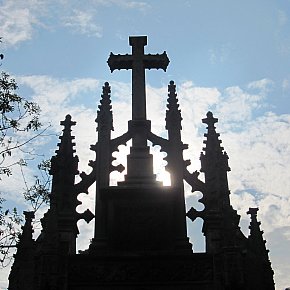 Given the straitened British economy you wonder if someone might bend the rules and put the name of the American writer Dan Brown forward for some royal acknowledgement come Queen's Birthday: Services to British tourism perhaps? Brown's blockbuster novel The Da Vinci Code – over 83 million copies sold – is single-handedly responsible for many of the 25,000 who annually who... > Read more