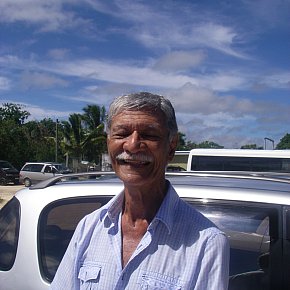 About 90 minutes into our drive around the island – during which he has kept up a running commentary full of digressions into local history and politics, fishing, geology and much more -- Hima Douglas happens to mention he was once assistant finance minister in the Niue government. Then he laughs and says, “Now you're going to ask what I haven't bloody been!”... > Read more 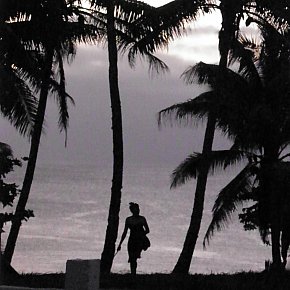 As with most people, I neither want, nor expect, to be held up at Immigration. But on Niue – a charming, tiny tropical dot of elevated limestone in the Pacific about three hours from Auckland – I was stopped. For a chat. Niue is different like that. In the Customs and Immigration hall musicians and dancers greet family, friends and guests, and at Immigration the big guy... > Read more 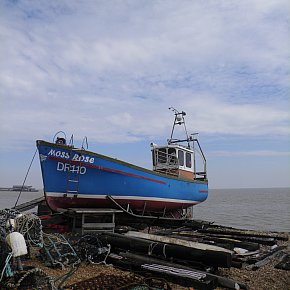 The chatty lady at the Canterbury Tales Museum is surprised when I tell her where I'm going after leaving historic Canterbury with its famous cathedral and fascinating history which starts at pagan Britain and moves through Roman occupation. “Deal?” she says. “What do you want to go there for? There's nothing at Deal, love.” She's not the first to express... > Read more 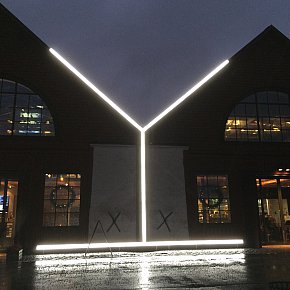 The song on the sound system couldn't have been more appropriate. Or more inappropriate. Playing quietly in the restaurant-cum-bar is the Pogues' boozy and woozy Fairytale of New York which may seem appropriate in Stockholm's Museum of Spirits which documents Sweden's encounters with alcohol. But in the elegantly designed room where patrons dine on beautifully prepared dishes and... > Read more 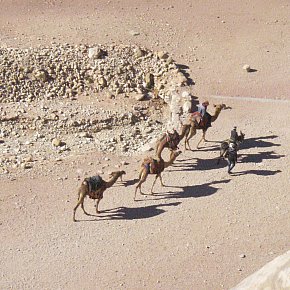 Far below us a camel train makes its way slowly across the bone-dry dirt of the valley floor carrying its precious cargo. In times past this burden would have meant silk, spices, fruits and pottery from distance places. But today, here at the ruins of Petra in southern Jordan – where the Nabatean civilisation pre-dated their Roman conquerors in this long hidden place – the... > Read more 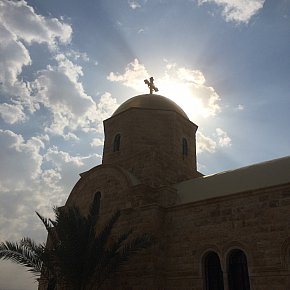 On this bright morning when a barely visible film of rain evaporates before it hits the dry desert floor, the River Jordan – down the long path past the empty Pepsi stand – is an unremarkable sight. Today this river – which runs between Israel and Palestine to the west, Jordan to the east, and through the pages of religious history – is little more than a... > Read more 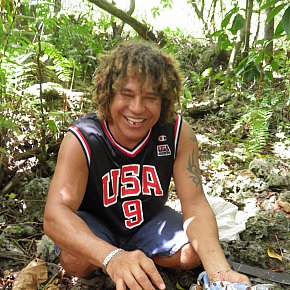 There's a simple phrase for what Tony Aholima does. It's "sustainable living", but for him it's more complex than that. As a young man he left his homeland, spent three years in New Zealand, then moved to Australia. As best as I can understand it between the laughter and sudden bouts of homegrown philosophical seriousness, he ran a company and employed quite a few... > Read more 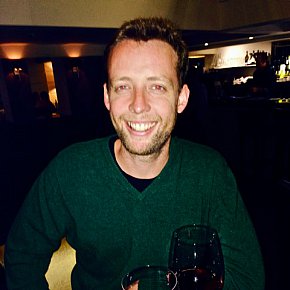 Over the last drink in our night of bar-hopping James mentions in passing the reason why you always see food visible in Madrid's bars. “It goes back to when people were illiterate so couldn't read a menu,” he says. And then later as we are walking the busy streets of Latina at 1.30am he drops another piece of relevant information. That at the time of the Spanish Civil... > Read more 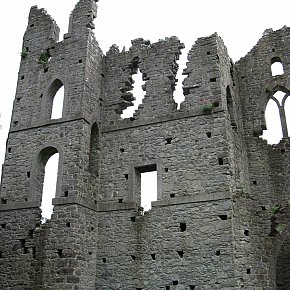 When posh people fell out in the old days they often did it with a grand statement. Not for them cutting up the clothes or taking a key along the side of the car. They went for the big gesture -- at least Robert Rochfort, later to become the very nasty first Earl of Belvedere in County Westmeath in Ireland, did. When he and his wife Mary, the mother of his four children, split... > Read more 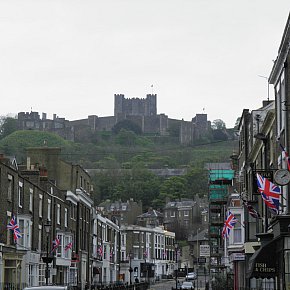 Deep in the dark belly of Dover Castle – from which on a clear day you can see France just 35kms away – there is a place forever on the cusp of war. Down here is where the voice of a shaky Neville Chamberlain tells the British people they are now in mortal conflict with Germany, then there is King's famous speech and Sir Winston Churchill's bulldog rumble. I... > Read more 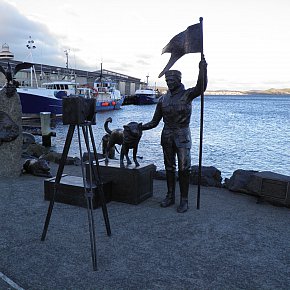 On the foreshore of Sullivan's Cove – the tourist hub of Hobart, Tasmania's capital – is a collection of interesting bronze statues. The largest is of a man holding aloft a wind-blown flag, his other hand patting a dog at his side, and they are posing before an old squeeze-box style camera on a tripod. This heroic figure – whipped by spray in winter, burned by... > Read more 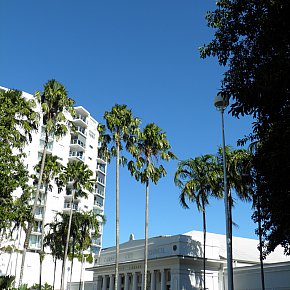 Nah, she said emphatically as our flight descended into Cairns. “I'm in the Atherton Tablelands now. Used to live here. Fifteen years. Got sick of the rat race.” Maybe Cairns – 26 degrees on a cloudless June day when bitterly cold Auckland was being drenched – is hectic in tourist season, but a “rat race”? Traffic moves at an easy pace... > Read more 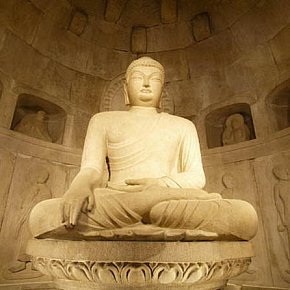 The middle-aged man was upset I had woken him at the unacceptably early hour of noon. But I guess that's the kind of inconvenience he has to expect if he runs a yogwan, one of the cheap travellers inns in South Korea which are easily identifiable by the sign which is like a U with three wiggly lines coming out the top. I had seen his sign---which represents a bath---as I wandered... > Read more 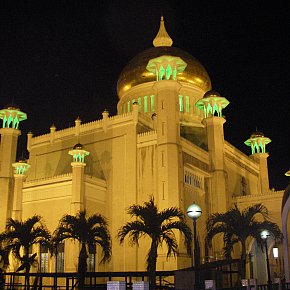 Short of being accosted by a wild-eyed mariner, I can't say I wasn't warned. “There's a reason why people don't go there,'' barked an e-mail the week before I was due to go: “It's boring!'' Another simply said, “Don't bother''. There sounded little promising about Bandar Seri Begawan, the capital of Brunei. But I was convinced I knew better. If others said it... > Read more 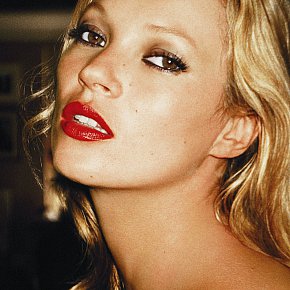 The bar-cum-restaurant in Vancouver's trendy Yaletown district was a sports shirt and sunglasses kind of place. At the outdoor tables office workers took off their jackets, and a few groups of tourists carrying shopping bags of their purchases sat down to enjoy the afternoon sun and the excellent beer. Both men at the table next to me were in their 30s. They were well-groomed, neatly... > Read more 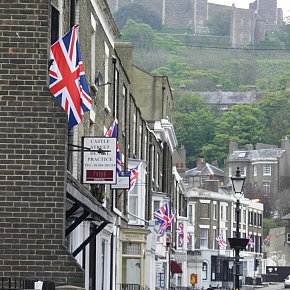 For generations of tourists and travelers, Dover – half of the year within sight of France just 35 kilometers away across the Channel – was the town that never was. Hardly more than a name on the map where boats came in or departed from, Dover was a place glimpsed in the memory's rearview mirror or seen across a blanket of water and spray as clusters of buildings huddled... > Read more 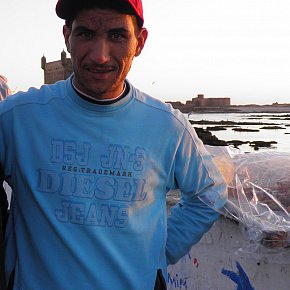 The words most travelers hear in certain countries, and understandably shy away from, come from street people or those with something to sell who ask, “Where you from?” But in Morocco you need to be wary of waving people away, even street vendors carrying stuff you have spent all your life avoiding, because many locals seem genuinely curious and want a conversation. So... > Read more 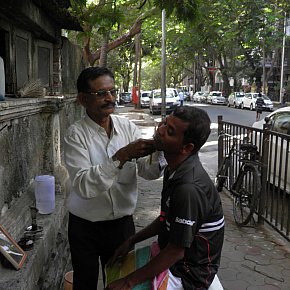 It's a joke of course, ticking off things to see in a day in Mumbai (which many still call Bombay). Here's a city of around 18 million souls where it can take three hours in stop-start traffic to get across “town”. Just a day? But with an English-speaking driver – as cheap as $20, you tip extra, hotels will find one – you can pick off a number of must-see... > Read more 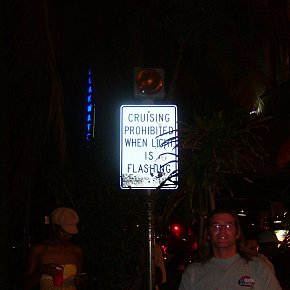 “This corner here?” says Marty. “These individuals would mostly be dealers or users. Crack mostly. That girl over there, the skinny one? That was her brother, the guy in the red shirt we saw earlier I told you was a dealer. “And this girl here, when she was about 19, her boyfriend used to beat up on her. Now she’s using. What can you say? “Hey,... > Read more 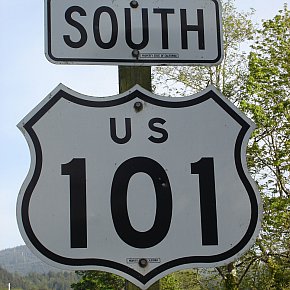 Frankly, it doesn’t come much less glamorous than Crescent City in northern California. Fast food outlets encircle our motel and cooking oil hangs heavy in the night air, so I wander the vacant streets. In a nearby bar two overweight, heavily made-up women are impaled on bar stools like meatballs on toothpicks. One tells me they are waiting for something to turn up, and later it... > Read more