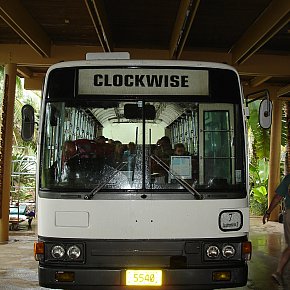 At 3.20 in the afternoon the clock on the bus taking us from the airport to the hotel reads 9.07. This could be an early and welcome sign that things here in the Cook Islands -- as in most such balmy places in the Pacific -- run to a different clock. And so it proves a few hours later when I am sitting in the bar at cocktail hour. The hotel is heavily booked so we have been... > Read more 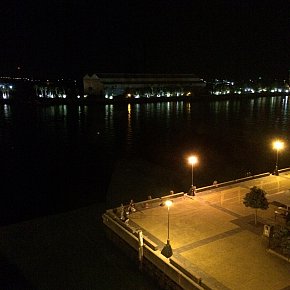 When I was told the bar-cum-restaurant was speakeasy-themed that seemed enticing enough, but then it had three other attributes which were beguiling: it “specialises in fine whiskey, taxidermy and provisions of the Europas” the note said. Dunno 'bout you, but they had me at “taxidermy”. And when I mentioned I was keen to check out a particular bar to the... > Read more 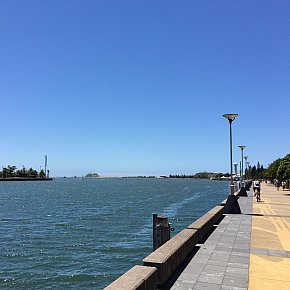 It's only when you get to Newcastle – which few New Zealand tourists do – that you're impressed by it. As I learned, this is the Australian coastal city – about 90 minutes drive north of Sydney – which gave the world coal and steel, Arnott's biscuits and the rock band silverchair. I also didn't know the famous Star Hotel – which closed with a riot in... > Read more 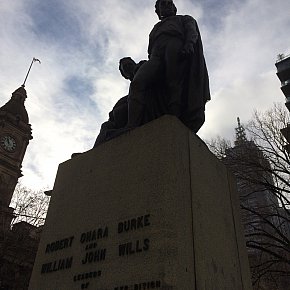 Barely two minutes walk from furiously busy Flinders Street Station in central Melbourne is an extraordinary sixth floor museum which few locals know about. And even fewer visitors to the city. “Amazing, isn't it?” says Andrew Gaynor when we get back down to Bourke Street afterwards. “I didn't know about it myself until 18 months ago.” And if anyone might... > Read more 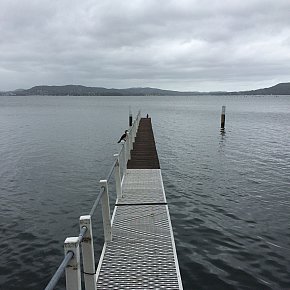 About halfway across, when traffic slows to a fume-filled crawl, I glance sideways to see the city's most famous icon. And it occurs to me this is the first time in three decades I've been across Sydney Harbour Bridge. As the Opera House falls behind I also realise I don't have a clue where I'm heading – north is all I know – but that somewhere up ahead will be the luxury... > Read more 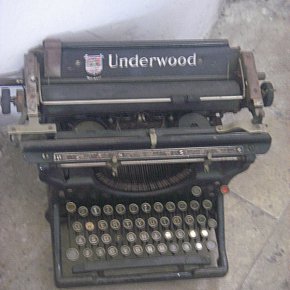 There’s a typewriter in Heaven. I’ve seen it -- and for me, who has spent a good part of my life tapping on a keyboard, this was a depressing discovery. I’d thought Heaven, if I got there, would mean happy-hour all day and my favourite bands playing every night. Seems it’s going to be Groundhog Day at an old Underwood instead, not even a laptop with... > Read more The three hatchet-faced young men behind the desk at the upmarket hotel made it clear by their haughty indifference they didn't want us there. And frankly -- impressive as their vast, luxurious, light-filled but conspicuously empty lobby was -- I didn't want to be there either. But they were stuck with us. And we were stuck with them in a place which was allegedly Goa . . .... > Read more 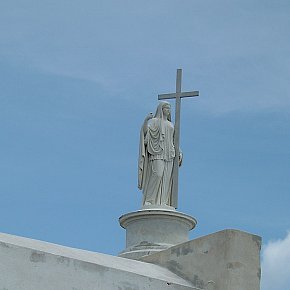 Last year another of those annoying e-mail arrived, and it wasn't offering subsequent riches from Nigeria. It seems some years ago I subscribed to a newsletter from the Jimi Hendrix estate – and you'd be surprised how much on-going news there is about a man who's been dead for more than 40 years. There are limited edition reissues of albums on vinyl, live concerts remastered... > Read more 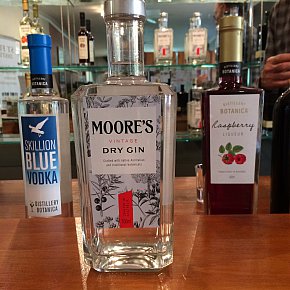 When a micro-brewery is called Six String and the company logo is a guitar pick you do feel slightly stupid having to ask. “Ah, that’s my business partner Chris,” says amiable Ryan Harris. “He plays six string bass.” Which also explains the tiny stage set up in their small brewery-cum-bar in Erina, just 80km north of Sydney. Opened in 2012, the Six... > Read more 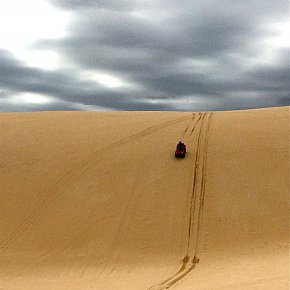 When you've signed the waivers, strapped on the helmet and given the thumbs-up to eight hearty young men who are raring to go, you can't really put your hand up when the instructor asks, “Is anyone afraid of heights?” In truth, I'm not. Going to top of the Burj Khalifa in Dubai – 124 floors – was one of the highpoints of my life, literally. And when someone... > Read more 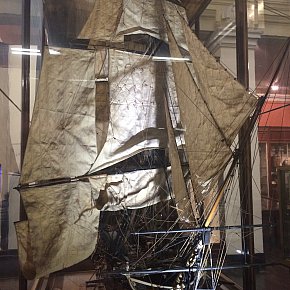 Just five minutes walk from the inevitable queues of art enthusiasts and the curious outside the Prado and across the road from the Museo Thyssen-Bornemisza which is chock full of classic and contemporary art is another, quite remarkable but less known Spanish museum. It contains among other treasures the oldest existing map, drawn around 1500, which shows the Americas, North and... > Read more 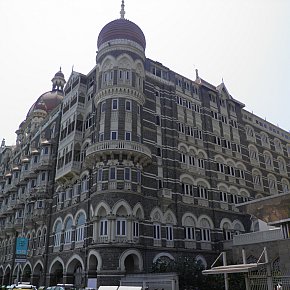 In many places – notably around the higher end hotels which accommodate foreign tourists, and at popular attractions – Mumbai is a city on lazy high alert. The apparent languor and good humour of many security guards and police doesn’t change the fact most are armed with seriously powerful weapons, stand before impassable barricades and usher people through scanners... > Read more 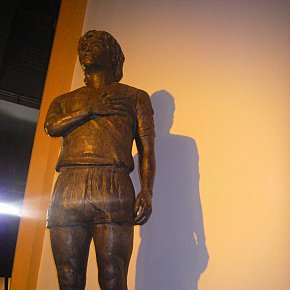 The bronze statue in the museum towers over us. It is twice life-size and the national hero has a hand on his heart, his eyes looking to the distance. At his feet are the faithful, young and old, gathered reverently or taking photographs. In another place, this statue might honour a military leader, statesman or great poet. But here in a museum of futbol (soccer), in the... > Read more 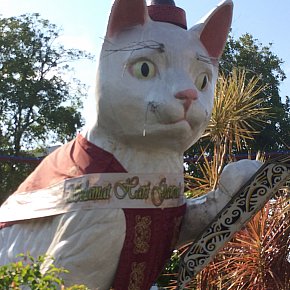 When the explorer and entrepreneur James Brooke sailed up the Sarawak River in northern Borneo in 1838, he encountered a small village of local people and, if we believe the legend, an unnaturally large number of short-tailed cats. At this point in our story the cats become more important than the people, because the village – which grew into a city of half a million people today... > Read more 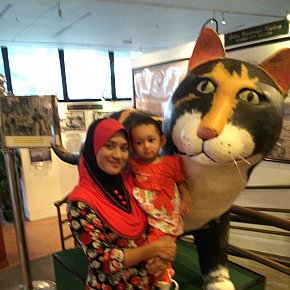 I'd just stepped outside into the 36 degree heat and humidity when my phone rang. It was my wife back in New Zealand where the weather was wet and cold. We had a quick chat about various things and then she told me our new cat Otis, described by the SPCA as “a handsome gentleman with a sense of adventure” seemed to be missing me. And had taken to tearing up the furniture.... > Read more 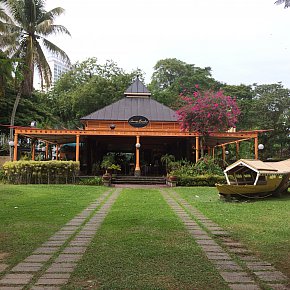 As befits a fine-looking establishment named for the first “White Rajah” of the region, the James Brooke Bistro and Cafe occupies a prime location in Kuching, the capital city of Sarawak. Set back from the popular riverwalk on a well-groomed crop of lawn – with a view to the handsome new parliament building and the old white rajahs' palace on the opposite shore where... > Read more The deserts and mountains of Morocco have seen a bewildering array of oddities: Egyptian zombies; Carrie, Samantha and the other Sex and the City gals traipsing through the sand; Jesus tortured and flecked with blood; a time-travelling highlander from Scotland trying to return home; a rather camp Alexander the Great . . . But more interesting than these – characters from movies... > Read more 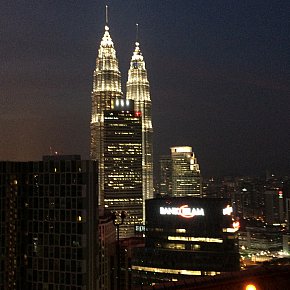 The view across Kuala Lumpur at sunset from here – 35 storeys up – is spectacular. Over there, glistening gold in the last sun-flecked flickers of this typically humid day, is the chandelier-like Petronas Towers which are the most obvious eye-catchers. But in any direction the cityscape of office blocks, apartments, domes of mosques and distant hills seem gloriously romantic... > Read more 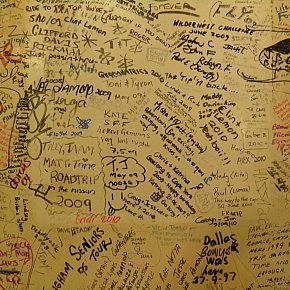 If you're heading south on the Mulligan Highway from Cooktown in Australia's Far North and turn off onto Shiptons Flat Rd towards Lion's Den Hotel, chance are you're going to the Lion's Den Hotel. Because beyond that the road is an endurance test unless you have a four-wheel drive, an iron constitution able to withstand the rugged terrain and nerves of steel when you come to the Jump Up... > Read more 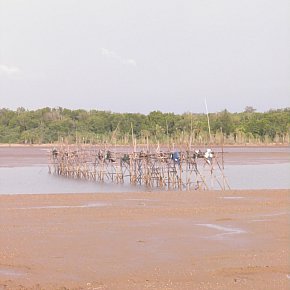 If they were brutally honest, most people would concede there's not a lot to recommend the small fishing village of Buntal in Sarawak, about 20 minutes drive from the capital city of Kuching. Understandably then the place is not on many people's radar and even just an amble around its few streets reveals a small, clean town with a nice mosque and some quaint little houses tucked away,... > Read more