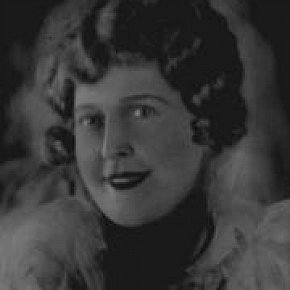 If you type in "world's worst singer" into Google and hit enter, the usual spew of teenage drivel comes up: people having a go at Justin Bieber, Miley Cyrus, Lady Gaga and so on. This kind of anti-fan rhetoric backed up by impeccable logic ("I hate her") is fun if you are 14 and doing it, but -- conceding there is no objective method of assessing "the worst" --... > Read more 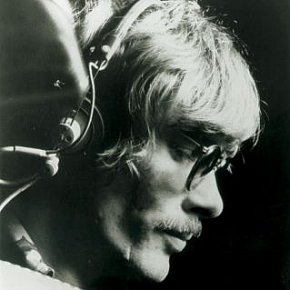 Just a thought, but if Sandy Bull had been British, magazines like Uncut and Mojo would be running major, rediscovery features about him and placing him in the pantheon of innovative guitarists like Bert Jansch, John Renbourn, Richard Thompson and – especially – Davy Graham. But Bull – who recorded fewer than a dozen albums between his debut in '63 and death in 2001... > Read more 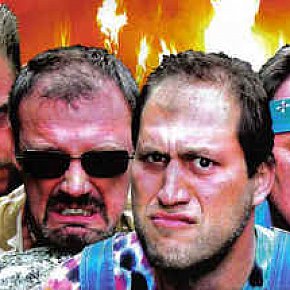 The remote community of Deer Lick Holler in the Appalachians isn't on the way to anywhere, so there aren't many outside influences. It's where musicologists go to study authentic hillbilly music -- and be fearful of the sound of Duelling Banjos. So it was a significant day when a stranger drove into the valley on a crisp autumn afternoon two or more decades ago -- and promptly crashed into... > Read more 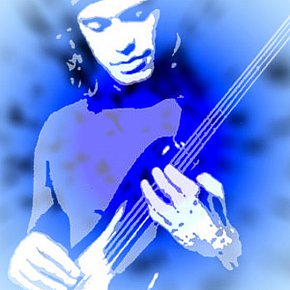 For a jazz musician, Jaco Pastorius died in pretty creditable rock n’ roll style: drugs, delusions, alcohol and itinerancy. And beaten to a pulp by a nightclub manager who didn’t recognise the persistent drunk battering on his door at 4am as a former genius on electric bass. Pastorius’ remarkable but brief life is inscribed in an almost too convenient arc. He was left for... > Read more 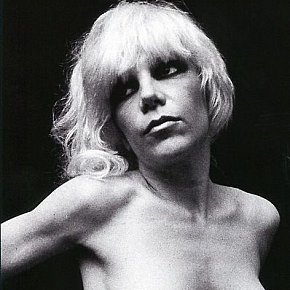 The spirit and essence of rock'n'roll is impossible to define. For some it was encapsulated by Little Richards' visceral scream and shout of “Awoobopaloobop Alopbamboom”. For others it might be more like, “Make a fucking racket, show us your tits and blow up a car”. If you are of the latter persuasion then New York's Plasmatics – fronted by Wendy... > Read more 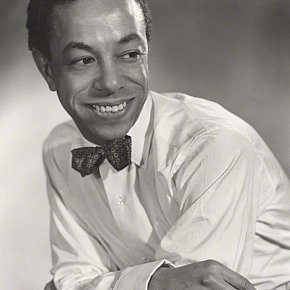 Britain's Geoff Love has no place in the catalogue of the mad, bad, dangerous and disturbed. He was just so utterly normal. And that's why he joins our collection of odd characters in music under this banner We Need to Talk About . . . He was almost abnormally normal, and enormously prolific.  Composer, arranger, band leader and producer Love – that's his real name,... > Read more The more you try to find out about Tex Withers, the more confusing it can become. One thing everyone agrees on however is that this country music singer in London – who insisted he had been born in the States – was a very recognisable character: He was a hunchback who stood no higher than 4'6” (137cm) and always wore classic Western attire. In later life he... > Read more 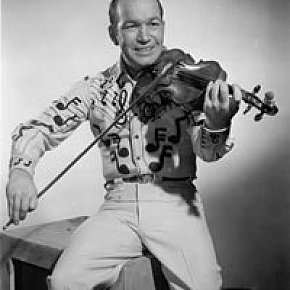 When country singer Spade Cooley went face down after a heart attack in November 1969 there were doubtless a few would have said he deserved to die, and that it should have happened sooner. The were ironies aplenty also: Cooley – born Donnell Clyde Cooley in Oklahoma in 1910 – was attending a benefit concert for sheriff's deputies where he played, having been released on... > Read more 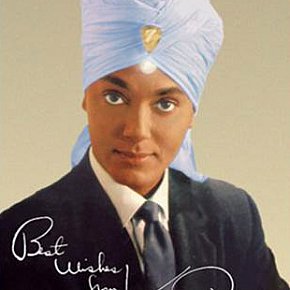 The exotic looking Korla Pandit – who died in 1998 aged about 77 – had a fascinating background: He was born in India to a traveling French opera singer and a Brahmin priest and eventually ended up in Los Angeles in the mid Forties after spending time in Europe and Britain. His music was just as interesting as his somewhat mysterious life. He played the organ but... > Read more

Procession of the Grand Moghul To hear William Daron Pullman tell how he got his non-de-disque at the dawn of the Seventies gives an insight into both his smarts, and how he could just as equally be seduced by the money-image thing. Although he'd been a San Franciscan musician since the mid Sixties (when as someone barely out of his teens he was known as Junior), he'd put aside the guitar and revealed himself an astute... > Read more 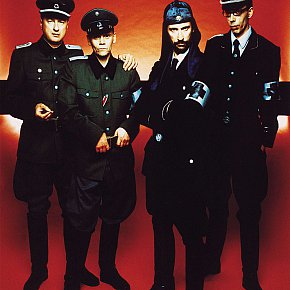 Out of the old Yugoslavia in the early Eighties they came, their industrial sound grinding like tank tracks across the earwaves of Europe, their look unacceptably miltaristic, their irony bludgeoning all before them into submission. Laibach - who took the name from the German version of their hometown Ljubljana -- were a four-piece band like no other. They brandished slogans and wore... > Read more A lifetime and career trajectory from beautiful young New Wave pop-boy star to a very alarming botoxed older woman is not what most people would chart for themselves. But welcome to the world of the always androgynous Pete Burns who came to attention in the Eighties as the lead singer of Dead or Alive out of Wirral, across the Mersey from central Liverpool, and went on to become a media... > Read more 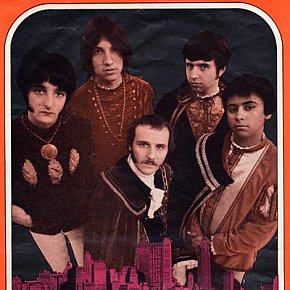 Now, I'm neither ashamed nor proud of this, but some while back – decades ago – I enjoyed perpetrating pranks and hoaxes, especially postal pranks. Of the latter I would, for example, anonymously send increasingly large blocks of wood to a friend in some far flung place inviting him to join my “Plank of the Month Club”. Or I would send off elaborate... > Read more 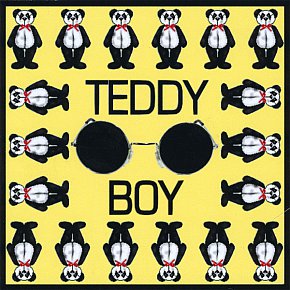 The jury will be out on "the worst album ever" until the judge directs it on exactly how we define the word "worst". For many "worst" would immediately be something by an anodyne boy band, some middle-of-the-road crooner or a cult hero like non-singer/non-player Jandek. But here goes nothing with a guy called Gary Murtha from Mississippi who writes under... > Read more 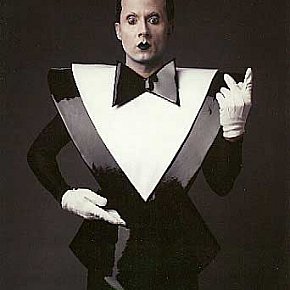 There have been some remarkable voices who have landed in rock culture -- that strange world where people like Tom Waits, Antony Hegarty (of Antony and the Johnsons), Yoko Ono and other people clearly not "rock" end up in the same magazines as Aerosmith, U2 and Lady Gaga. One of the strangest voices -- and most visually engaging images -- belonged to Klaus Nomi who began his... > Read more We might as well get it out of the way quickly: G.G. Allin was a shit-eater. He also threw his excrement -- poos and wees -- at his audiences, punched people in the crowd and told Jerry Springer's television show he would rape women on stage but that was okay because women at his performances should expect that so couldn't be surprised. He took as many drugs and as much booze as he could... > Read more

I Live to be Hated 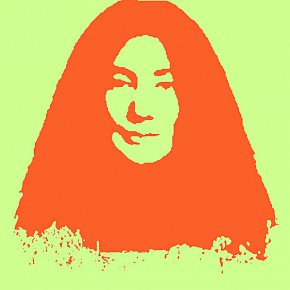 Yoko is a concept by which we measure our pain -- New York graffiti, 1970. A voice that comes once in a lifetime; unfortunately it came in ours -- Critic Jim Mullen, 1992 Yoko Ono was always an easy target. Conceptual artists who mount exhibitions of chess sets where all the pieces are white, or write books which consist of ambiguously and unintentionally... > Read more 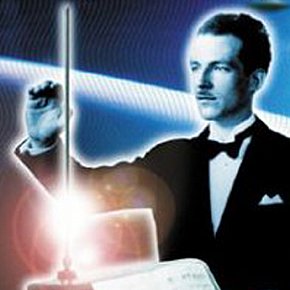 You gotta hand it to inventor Leon Theremin, no one else had thought of a stringless cello. And if that sounds a bit Dada or like an installation at a Yoko Ono art exhibition, be assured. It was the real thing. Theremin invented an electronic stringless cello for the British conductor Leopold Stokowski. He also developed an early form of television which his homeland, Russia,... > Read more 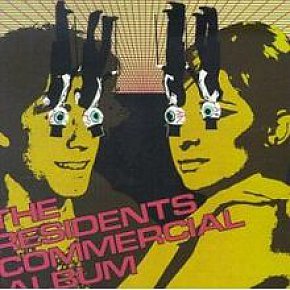 The code for a commercially successful pop song is relatively simple to crack: verse, chorus, verse, chorus, a different but similar bit (usually referred to as the bridge or middle eight), then verse, chorus, chorus . . . Of course there are variants (the Beatles' She Loves You for example cleverly starts with the catchy chorus) but basically that's it. It comes down to verse/chorus. You... > Read more 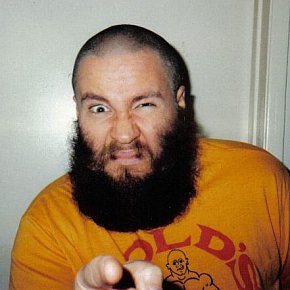 Because his music and career was so diverse, heretical and dispirate, few would try to follow in the footsteps of Frank Zappa. He seems to have spawned no progeny. With one notable exception: Zoogz Rift. Mr Rift -- born Robert Pawlikowski in '53 -- recorded a couple of dozen albums for the SST label, among them Idiots on the Minature Golf Course, Amputees in Limbo, Can You Smell My... > Read more

With My Bare Hands (extract only)