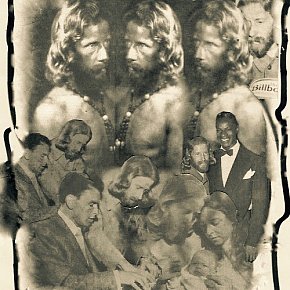 With the appearance of the New Zealand alt.folk singer who goes by the name of Arthur Ahbez – whose albums touches on world music, have a free-flowing quality and are somewhat trippy – we are reminded that there was an earlier "Ahbez". He was the wonderful Eden Ahbez – after whom our Young Pretender has perhaps named himself – and he is worth more than... > Read more 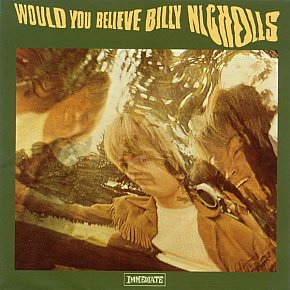 In the second part of his 2002 autobiography 2Stoned, Andrew Loog Oldham – manager and sometime producer of the young Stones, founder of Immediate Records and more – wrote about the profound impact the Beach Boys' Pet Sounds had on him. He had managed the Stones through the madness of those early years when they were being belted by the British media and the... > Read more 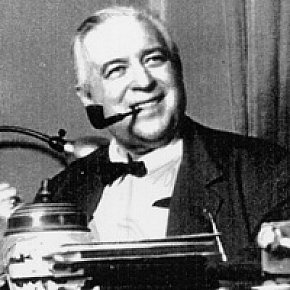 Depending on what angle you look at Hugues Panassie from, the Parisian was either jazz's greatest European advocate and instigator in the Thirties and Forties. Or he was a divisive and opinionated cuss whose dogmatic writing and dismissal of many artists shoved an unwelcome wedge between styles and musicians. As with so many purists – Ken Colyer in Britain in the Fifties,... > Read more 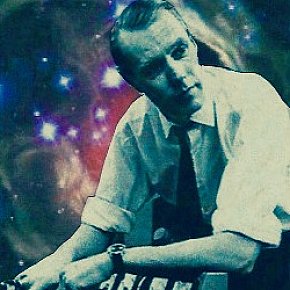 In the encyclopedias of electronic music one name stands out for its absence, that of the British experimenter, producer and musician Ray Cathode who, in the very early Sixties, made two revolutionary pieces of music. Regrettably they were the only two he made, but they were with the innovative and acclaimed BBC Radiophonic Orchestra which created the extraordinary and distinctive... > Read more 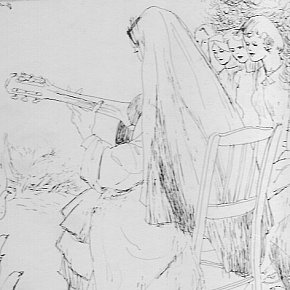 When the virginal singer Jeanne Deckers – sometimes Jeannine -- enjoyed a sudden hit in the early Sixties it was clear to anyone outside her circle that her career could only go one of two ways. The first was that she would struggle to follow it up, her life would become a series of disappointments and she would be only remembered as a one-hit wonder. The other path was that... > Read more 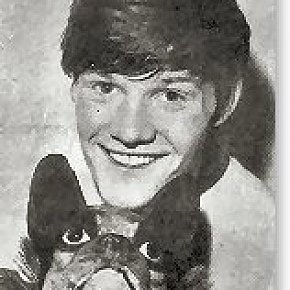 At the end of '63 the fresh and freckle-faced 18-year old Tommy Quickly was standing at the door of his dreams: he'd been signed by Beatles manager Brian Epstein (who had changed his name from Quigley in the manner of manager Larry Parnes' school of stage names like Vince Eager, Marty Wilde and Billy Fury) and was tipped for massive success. His first single Tip of My Tongue was even a... > Read more

Tip of my Tongue 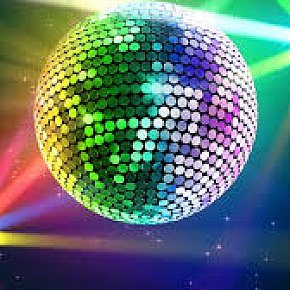 It’s both easy and hard to explain the rise of the Disco Sucks movement at the end of the Seventies. In some parts of the world the zenith of disco coincided with the emergence of punk, and two more diametrically opposed styles could hardly be imagined. For the most part disco was chic, sleek, well-dressed, celebratory and precision crafted music. Punk was . . . pretty much... > Read more 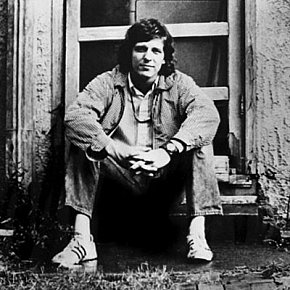 When Dave Marsh and James Bernard published their brick-sized New Book of Rock Lists in the mid Nineties they included categories such as Artists Critics Believe Can Do No Wrong (topped by Arrested Development, the Beatles, James Brown but oddly enough not including Lou Reed) and 25 People Who Quit or Were Fired Before Their Groups Became Famous (Signe Anderson of Jefferson Airplane).... > Read more

Sympathy for a Train, with Jamie Oldaker (2005) 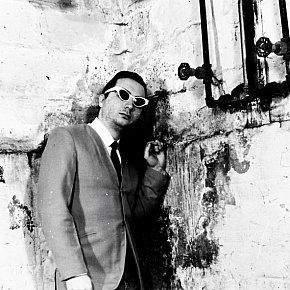 When Beck name-checked Gary Wilson in his '96 song Where It's At, the reference understandably went right past most people: Wilson hadn't recorded an album since '77 and that one, You Think You Really Know Me, had way fewer than 1000 copies pressed on release. Wilson was a cult figure like few others. Equally influenced by lounge music (his father was a jazz bassist and played in lounge... > Read more 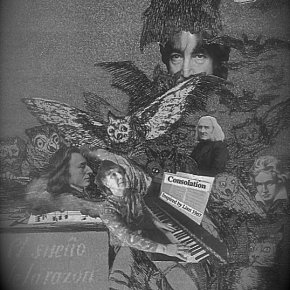 When the English composer and pianist Rosemary Brown died in 2001 at age 85 she took with her an intimate knowledge of the works by some of the greatest classical composers. This is not uncommon of course. Classical performers and conductors always have a deep and personal connection to the music of those whose compositions they have studied and played. But Brown's connection to... > Read more 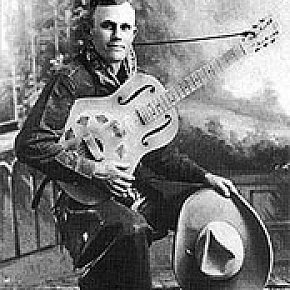 Some musicians are so close to the source they are almost part of it. The young Rolling Stones -- despite their cultural, emotional and physical distance from American blues – heard that music speak to them and, in their emulation of their heroes like Jimmy Reed, Middy Waters, Howling Wolf, Willie Dixon and others, located themselves as part of the lineage. When they first... > Read more 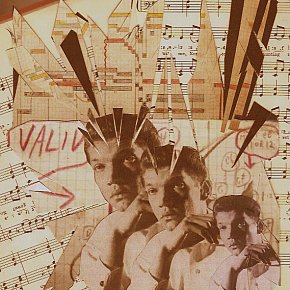 When big-band leader Stan Kenton took a left turn from the dancefloor into music for the concert halls in the late Forties he increasingly left much of his audience behind. By aiming more for the head than the feet he was embarking on a path that had already been laid out by George Russell and Dave Brubeck, and Gunther Schuller gave it the name Third Stream Music because it belonged... > Read more 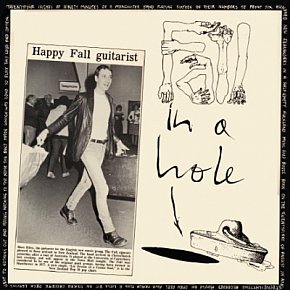 Not many records can claim to bring down a successful record company, but the Fall's live album In a Hole (released in December 1983) can claim to have almost done that. In his memoir In Love With These Times, Flying Nun founder Roger Shepherd tells of how a mix of passion, fandom, ignorance of legalities and thoughtless business practice made for hard times when the record came out in... > Read more

No Xmas for John Quays (live, from the original 45, extract only) 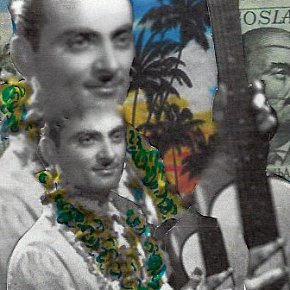 Of all the many hundreds of musical styles across the planet, only one has managed to embed itself in popular, post-Fifties music which exists along the Western axis of London-New York-America's West Coast: reggae. Yes, there are belated flickers and influences (if not downright copying) of Fela Anikulapo Kuti's Afrobeat and some aspects of Sahara blues and Indian music out there. But... > Read more 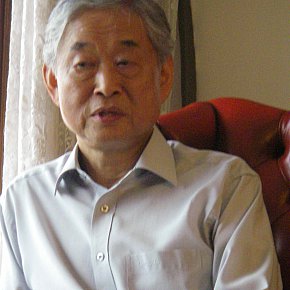 In Seoul, the vibrant capital of South Korea the old and new, the raw and polished, frequently rub together in odd juxtapositions. So a butcher’s shop with pig trotters on the wet floor is perhaps to be expected in the suburban street where the country’s most famous musician lives. Byungki Hwang, at 72 when I visited him in 2008, was still Korea’s leading player of the... > Read more

Byungki Hwang: Sounds of the Night Part 4, from the album Kayagum Masterpieces, 2001 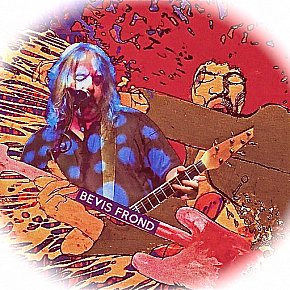 For a man with his name on almost 30 albums in the past three decades, you'd think the name Nick Saloman would be pretty well known. Okay, the albums all come under his band's name, but even that is hardly familiar to most: the Bevis Frond. England's Saloman (confusingly sometimes spelled Salomon in some overseas media) and his fellow travellers – the Bevis Frond has had a few... > Read more

I Can't Cry from Superseeder There have been any number of Southern blues, soul and rock'n'roll musicians who have struggled with their pull of their secular and spiritual sides: Jerry Lee Lewis, Little Richard, Son House, Al Green . . . and the great guitarist Roy Buchanan. Arkansas-born Buchanan -- who died in an apparent jail-cell suicide in 1988 at age 48, although that has been seriously questioned -- was plagued... > Read more 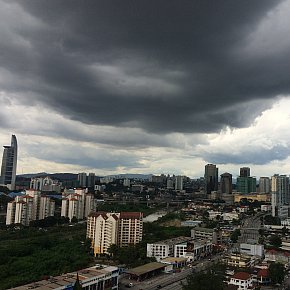 In small, conspiracy-theory pockets of popular culture there is the belief that some songs are poison, in the same way that theatrical types don’t refer openly to Shakespeare's Macbeth but rather say, “the Scottish play”. The fatalistic songs of Robert Johnson – who allegedly made a pact with the Devil down at the crossroads outisde Clarksdale, Mississippi... > Read more 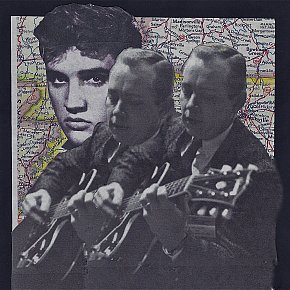 When guitarist Hank Garland's '59 Chev station wagon spun out on a road in Tennessee and hammered into a tree in September 1961 it left him unconscious in hospital for weeks. And although he recovered and lived another 43 years he never went back to work . . . but what a career he'd had since he'd arrived in Nashville as a precociously gifted teenager 13 years before the crash. At... > Read more 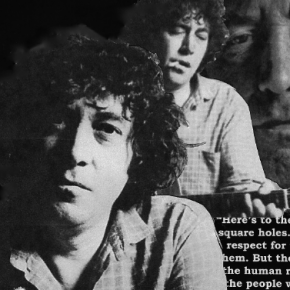 Few musicians have recoiled from the glare of fame as assiduously as British guitarist and singer Bert Jansch. This solo artist and founder member of the seminal UK folk group Pentangle – less a band perhaps than a grouping of unlike minds and revolving membership -- was often an indifferent solo performer despite his obvious genius, was frequently drunk on stage (and admitted... > Read more