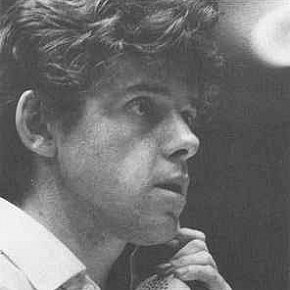 The legendary British folk singer Shirley Collins once said of David Munrow that he was incandescent. “He had so much energy that you really did feel if you put your finger on him you would get an electric shock. “I've never met anybody like him for absolute focus, and this energy crackling out of him.” It was an opinion widely shared. Christopher Bishop wrote... > Read more 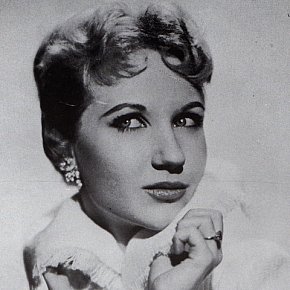 If you were to believe standard histories of Fifties rock'n'roll, women were marginal figures at best and, in some books, non-existent. The great Wanda Jackson often gets a mention (her career as a rockabilly singer was short, she got religion) but beyond that the river runs dry. There were, of course, quite a number of young women – black and white – seduced... > Read more Unless you are into the small print about British folk music in the Sixties, you will be forgiven for not having heard anything by the lost folk legend Jackson C Frank, and excused for never having heard of him at all. After all, he did just the one album.  Jackson C. Frank died in '99 -- he'd been a diagnosed paranoid-schizophrenic and had been homeless on the streets of New York... > Read more

My Name is Carnival 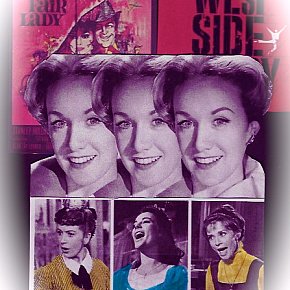 When the American singer Marni Nixon died in July 2016, her passing was barely noted in the music press. Major newspapers like the New York Times weighed in with obituaries, but the silence from the music press was deafening. Maybe contemporary music writers didn't know who she was, and that would be the irony of her life . . . Even though her music was enjoyed by many millions at... > Read more

I Could Have Danced All Night (from My Fair Lady) 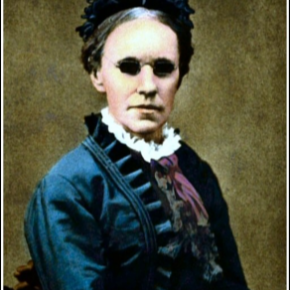 When Bob Dylan sold his song catalogue to Universal Music in late 2020 for the princely sum of a reported US$300 million, there was another figure worth considering. Dylan had the copyright on more than 600 original songs (not all of which he had recorded, of course). In their 10 years together in the Beatles, the authorial credit Lennon-McCartney was attached to more than 200 songs.... > Read more 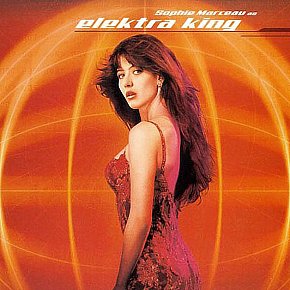 It's a safe bet that if you asked 10 people to come up with 10 names associated with James Bond no one would mention Don Black. Most of the Bonds would be there (Connery, Moore, Dalton, Craig and maybe that Australian one-off) and doubtless a few of the “Bond girls” (perhaps by character rather than the actor's name: Moneypenny, Pussy Galore, Honey... > Read more 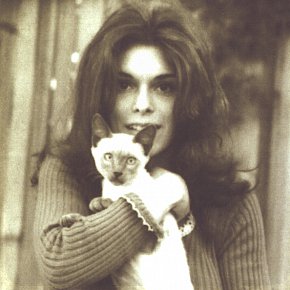 When the pub quiz question comes up, be prepared: The guy who wrote Wild Thing, Chip Taylor, is the brother of actor Jon Voight and therefore the uncle of Angelina Jolie. For bonus points, he also wrote the country song Angel of the Morning which was a big hit for Merrilee Rush and further popularised by Olivia Newton-John and Juice Newton. Unfortunately it wasn't a hit for the first... > Read more

When the singer-dancer-actress Lola Falana arrived in New York in the early Sixties with, by her account just US$26 in her pocket, she took whatever dancing jobs she could get, mostly in Harlem clubs. And it was in one such place that she was spotted by Sammy Davis Jnr. In quick succession she appeared in his Broadway musical Golden Boy, recorded her debut single My Baby, appeared in... > Read more 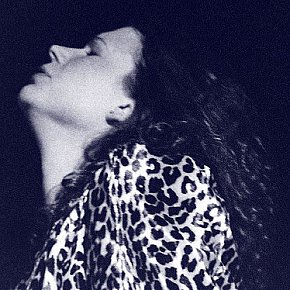 For way more than a decade, the sole album attributed to Deutsche Wertarbeit – which translates from the German as “German Craftsmanship” or “German quality” – was almost impossible to find. And even when it was finally reissued on CD in the mid Nineties it went past most people.  Released in 1981 and locating itself somewhere between... > Read more Back in 1999 when the US band Cotton Mather's second album, Kontiki, finally got release in Britain, a fan wrote to Mojo magazine and said, “the singer does his best damn Lennon Stars in His Eyes I've ever heard. If the Beatles had been influenced by Nirvana instead of Little Richard and Motown they might have sounded like this”. Mojo itself had called the album –... > Read more 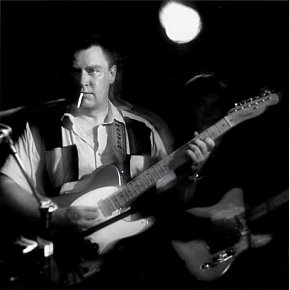 When Danny Gatton committed suicide on October 4, 1994 – exactly a month after his 49thbirthday – his passing went largely unacknowledged in the music press, although many fellow guitarists and musicians from across the spectrum lamented his death. There would be no subsequent Greatest Hits package because he'd had none . . . although there would be as many posthumous... > Read more 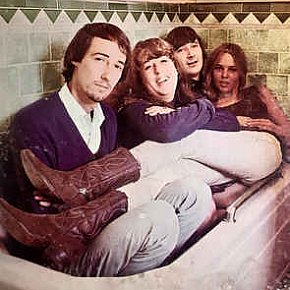 When we look at the cast of misfits, murderers and murder victims, oddballs and eccentrics in our articles at WE NEED TO TALK ABOUT, you'd be entitled to ask why Rock and Roll Hall of Famers and hit-makers The Mamas and the Papas should be in such strange company. By way of explanation, let us start at the end. In fact, let's start after the end . . . Because in the real world the... > Read more The list of those 27-year olds who went to join what Kurt Cobain's mother called "that stupid club" received Amy Winehouse in 2011, and when she died there were any number of writers who noted the list of those of that age who'd gone: Robert Johnson, Brian Jones, Jimi, Janis, Jim, Badfinger's Pete Ham . . . And of course Jesse Belvin. Jesse Belvin was one of the most gifted... > Read more 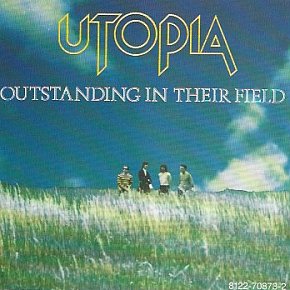 It's a very odd thing to observe, but Utopia – the prog-rock band lead by Todd Rundgren from the mid Seventies – kind of did the Beatles' career in reverse gear. They went from ambitious and full blown stadium-sized prog on their debut as Todd Rundgren's Utopia – the opening Theme is over 14 minutes, The Ikon on the second side a tidy half hour – into small... > Read more

Everybody Else is Wrong 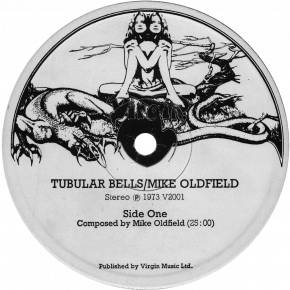 Although a considerable amount of other music happened in New Zealand during the Eighties – and some still feel aggrieved their effort and output goes under-acknowledged – there was a reason why the Flying Nun label dominates the conversation, then and now. Between its first singles in '81 (Pin Group, Clean) and the end of 1990, according to the label's founder Roger Shepherd in... > Read more 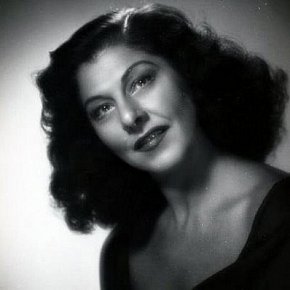 When they found singer Libby Holman dead in her Rolls Royce of carbon monoxide poisoning in 1971, her suicide brought an end to a life marked by scandal, sexual promiscuity, one dead husband and a murder trial, overt bisexuality, the death of a son, depression . . . and some pretty steamy blues songs, although among her repertoire was the uncharacteristically domestic Cooking Breakfast for the... > Read more

Why Was I Born? He doesn't really deserve to be in the same company as the misfits, oddballs, eccentrics and the certifiably crazy-psychotic musicians in this on-going series We Need to Talk About . . . But the wonderfully expressive jazz trombonist Frank Rosolino is here because, in the early hours of November 26 1978, he did something so unexpected and unthinkable it shook the world, and most... > Read more Let's throw around the names of a few fans of this band out of California in the late Sixties. First we might mention Jim Morrison of the Doors who “discovered” them. And famous producer Lou Adler was so keen that he signed them to his Ode label. They were also in-house artists at the Bliss production company formed by John Densmore and Robbie Krieger of the Doors who... > Read more There is an interesting photo of singer and one-man band Abner Jay in the late Seventies playing at what is described as a folk festival. As he pours his all into whatever song has captured him, by his side is a young girl playing the bones. That is, she has what looks like the skull of a horse or cow strung around her neck and she is playing it with what appears to be a femur. The... > Read more Some weeks ago Elsewhere posted a clip of this extraordinary and possibly unique band out of Hamilton (aka "The Tron") in New Zealand onto Facebook. They seemed to have disappeared so we asked: “What happened to this band? Musical differences?” The answers were interesting, someone suggested clashing egos, another thought... > Read more