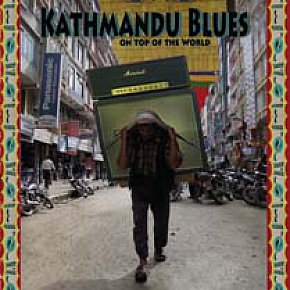 Among the amusing moments in this fly-on-the-wall, 90 minute doco about -- yes -- a blues festival in Kathmandu, are artists saying that when invited they thought it was a joke by a friend or some kind of credit card fraud scheme. Singer-guitarist Paul Burris from the UK -- wearing Keep on Truckin' t-shirt -- says "we thought it was a scam" and that the organisers assumed because... > Read more 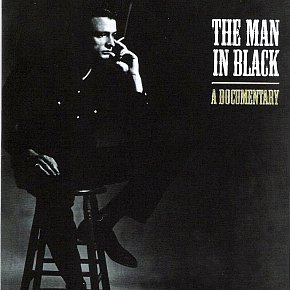 Despite it's promising subtitle "A Documentary", this 90 minute overview of Johnny Cash's career is little more than a Reader's Digest synopsis where much is glossed over (just why was the death of his older brother so traumatic?) and important events are left hanging or unexplored. It is also scrupulously free of a single note of music by Cash, which rather defeats the purpose of... > Read more 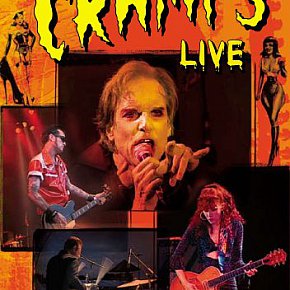 Anyone coming to this 50 minute DVD hoping to get a whiff of the Cramps' psychobilly rock'n'roll black magic is bound to be disappointed. The intensity of their performances was at its best on small stages in crowded (cramped?) rooms but here they are stranded on a huge stage at the 2006 Lokerese Festival in Belgium. So try as he might, Lux Interior (who died in '09) can't get much going... > Read more 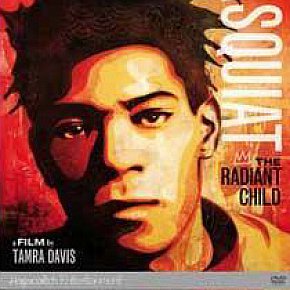 The art critic Robert Hughes didn't have much time (but some sympathy for) New York painter Jean-Michel Basquiat. In a brutal essay in The Republic in '88 -- after the death of the painter at age 27 -- entitled Requiem for a Featherweight he pulled no punches. The truth abut Basquiat, then the most famous painter of his generation, was, according to Hughes "a tale of a small untrained... > Read more 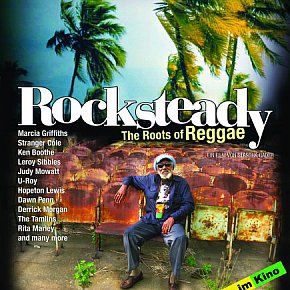 Somehow, between the reggae revolution and the ska revival, the rocksteady style which was prominent in Jamaica in the late Sixties never quite got its due. This beautifully shot and cleverly conceived doco should rectify that because while it contains fascinating historical (and contemporary footage) of Jamaica, it is the generous spirit of the musicians -- many elderly -- which is as... > Read more 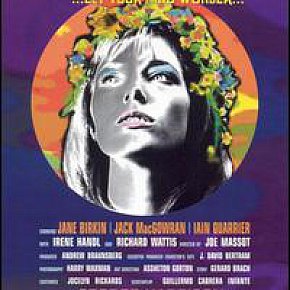 Joe Massot – who died in 2002 – had a short but reasonably spectacular career as a film director who had passing glances at rock'n'roll culture. He directed the first rock'n'roll western Zachariah in 1971 (pretty awful) and was working on the '76 Led Zeppelin concert film The Song Remains the Same when he was removed from the project and it was completed by Peter Clifton.... > Read more 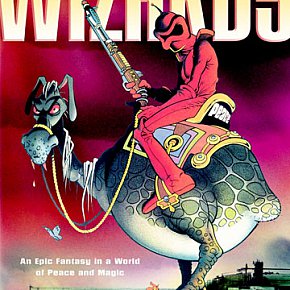 The animated, futuristic allegory Wizards by Ralph Bakshi stands as a highpoint of his fantasy work -- and at the time was a marked departure from the tough-edged, sometimes profane "street" stories he told in Fritz the Cat, Heavy Traffic and Coonskin (1972-75), which had more in common with the US underground comics movement of the late Sixties. Bakshi -- who offers an amusing... > Read more 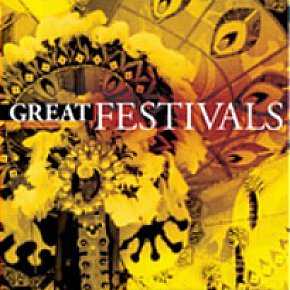 This two and a half hour, fast-paced doco is edited down from the popular Pilot Guide series in which the presenters (the very funny Ian Wright formerly of the Lonely Planet programme, Justin Shapiro and others) toss themselves into the middle of sometimes strange and remote places and see what happens. The advantage this series has over many other such travel programmes is that the... > Read more 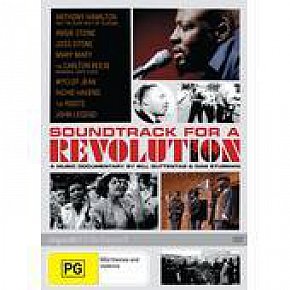 Anyone who gets depressed and thinks little social progress has been made need only to look at this ultimately uplifting if sometimes horrifying film to see how far America has come in the past 50 years. Here is an account of the civil rights movement through the words of those who were there, in images that will variously make the heart soar or sink, and all to the accompaniment of... > Read more 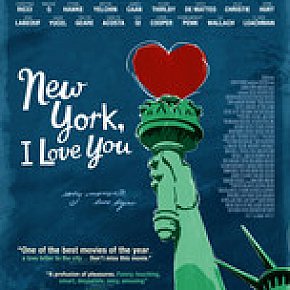 This compendium of distinct but sometimes overlapping slice-of-life stories comes from the same production team which presented Paris, Je t'aime. But here, rather neatly, they sidestep picking the most obvious "New York" writer/directors (Scorsese, Woody Allen, Larry David et al) in favour of those who bring a fresh, often immigrant, eye to the city that not only never sleeps but... > Read more

Many rock musicians don't need much help to appear stupid. (The court calls Nikki Sixx.) But there has been a long line of films and television shows which parody or poke fun at musicians and their apparent lack of smarts, or even a sense of reality. Bad News, The Rutles, the classic Spinal Tap, Hunting Venus, Fear of a Black Hat (which parodied rappers), any number of Frank Zappa albums,... > Read more 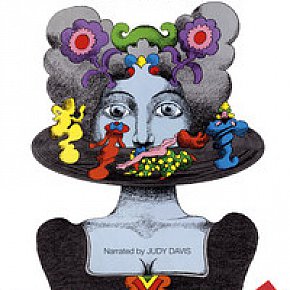 Australian writer Lillian Roxon (1932-73) was in the vanguard of feminism, a scene-maker in New York as she held court in Max's Kansas City with her pals and peers (Iggy, Alice Cooper, Andy Warhol), was a correspondent and columnist filing on everything from the mundane to the remarkable (Warhol's Factory, Janis Joplin, Hendrix) and was one the first passionate rock writers. Through her... > Read more 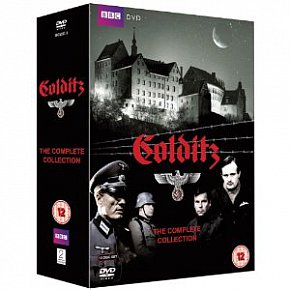 For many decades, those who remember this exceptional BBC series from the early Seventies have searched for it on video and latterly DVD. Over the decades the cachet of the 28 gripping episodes which screened over two years until '74 just grew and grew. On DVD release at the tail end of 2010 there was bound to be some disappointment after such high expectation. However the series stands... > Read more 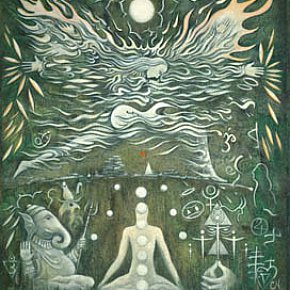 Given that Dave Davies contributed the raw guitar sound to early Kinks hits such as You Really Got Me, grew up in the same household as his famous songwriter brother Ray, was part of the notoriously warring siblings (on stage often, they anticipate Oasis in that regard) and had a solo hit with Death of Clown among many other things -- not to mention the stroke in 2004 followed by further... > Read more 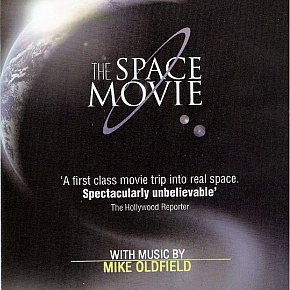 Courageous explorers and pioneers walk in our midst and we take them for granted. This thought occurred in the light of the January 2011 shooting of US congresswoman Gabrielle Giffords. Her husband Mark E. Kelly was described as "an astronaut". There was a time in the living memory of many when that job simply didn't exist. Then it became a glamour profession and we knew the names... > Read more 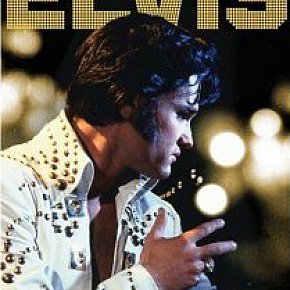 The lives of musicians (The Jazz Singer, The Glenn Miller Story, Till the Clouds Roll in 1946 about Jerome Kern) were an early fascination for film makers -- but most bio-flicks skirted lightly around any failings the central character may have had. This 1979 film, two years after the death of its subject, didn't exactly dig deep in Presley's character flaws but offered just enough hints of... > Read more 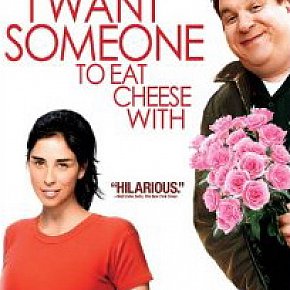 If Seinfeld introduced the idea of a television show about nothing in particular, then the series Curb Your Enthusiasm -- written by and starring Seinfeld producer/writer Larry David -- elevated it to an art form. Although some of Curb Your Enthusiasm had a long arc of storylines, much of each episode was taken up with what seemed like not much at all which somehow all linked together to great... > Read more 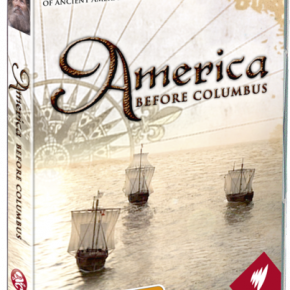 For clarification this interesting two part doco series should more correctly be titled "The Americas Before Columbus" as it's broad sweep looks at civilisations in what we now call South and Central America as much as those in "America". And although it inevitably relies on CGI in places to illustrate lost cities and civilisations, the overview it offers in the year... > Read more 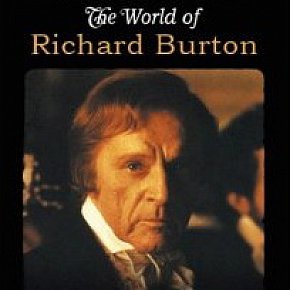 The great actor Sir John Gielgud used to shake his head in wonder at the towering talent of Richard Burton and say that "he came from nowhere, from nowhere". Which isn't true at all, he came from a very significant somewhere -- and in this insightful, honest and probing documentary by Tony Palmer -- that place was writ large right throughout Burton's career. Richard Jenkins, as he... > Read more 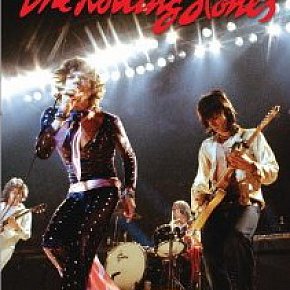 Aside from the obvious reason (40th anniversaries), there is another explanation for some much Stones stuff from the late Sixties/early Seventies: that was when they became the bad boy phenomenon which most people associate with them. There is also a lot of footage and music, and by the late Seventies and early Eighties things were less interesting. They progressed from a blues band into a... > Read more