I was surprised that this ambitious neo-psychedelic pop album -- which has been winning huge praise in the UK -- wasn't heftily reviewed here, especially since the visionary behind it (who has drawn comparisons with Brian Wilson) is a former Kiwi now based in Perth, Luke Steele. So let's bring this one to your attention: a lushly produced, sonic kaleidoscope which is Beatlesque in parts... > Read more

The Sleepy Jackson: Devil Was In My Yard Gentry is the US country singer best -- and probably only known by many -- for her 1967 hit Ode to Billie Joe, that song about Billie Joe McAllister tossing something off the Tallahatchie Bridge. In terms of a mainstream career that was about it for Gentry who, after a few albums, married casino owner Bill Harrah in late 69 (she was 25, he was 58) and, although they divorced soon after, she... > Read more 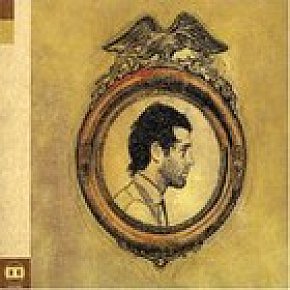 This Canadian singer-songwriter makes a big impression on this very likeable and diverse debut album: at times he sounds like a less irritating David Grey, elsewhere he reveals some beautiful pop sensibilities, sometimes there is a touch of blues from the guest guitarist, and damn if the guy doesn't sound like he's been a Verlaines fan at one point. Lots to like in other words, and also an... > Read more

Jason Collett: We All Lose One Another What to make of this large and flexible UK group which sometimes sounds like the charming Penguin Cafe Orchestra, sometimes suggests the wonderfully groove-orientated Beta Band (sadly no more), sometimes comes off like introspective Anglo-folk from the late 60s, and at other times drops in loops and samples? Stylistically it's called folktronica because alongside the guitars, banjo, melodica... > Read more 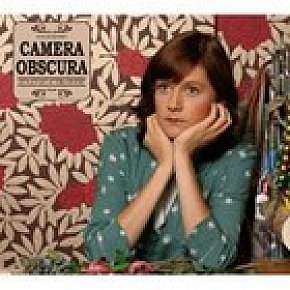 Gentle, shimmering pop where the guitars swell up and envelope you like sunshine and you can't help but nod along or tap your feet. Music that has you making a fool off yourself in the car as you sing along loudly and bang the steering wheel when the big chorus kicks in. I've just described the effect of this glistening album by a Scottish band which had a huge fan in John Peel (they played... > Read more 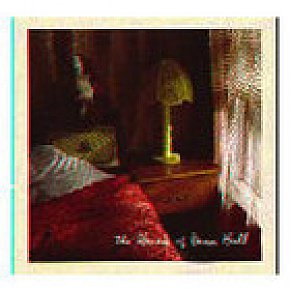 This off-kilter and eerily dreamy slice of Americana from a conjured up "South" comes from an unexpected source: the Haints of Dean Hall are in fact Stephen Reay and singer/photographer Kathryn McCool, the former from the rowdy Flying Nun band the Subliminals and the latter who now lives near Melbourne. A haint is an imagined ghost in Americas Southern states, and the brief... > Read more

The Haints of Dean Hall: Wait 'til Your Father gets Home 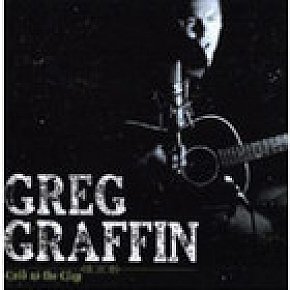 Okay, I'll admit it, I've never heard a note by Bad Religion, the band Graffin usually fronts (and which is regularly described as "punk" and had an album entitled Recipe For Hate). But this stripped back album -- and the fact I've learned that Graffin holds a degree in geology, a PhD in zoology, and taught evolutionary history at Cornell University -- makes me much more... > Read more

Greg Graffin: Cold As The Clay 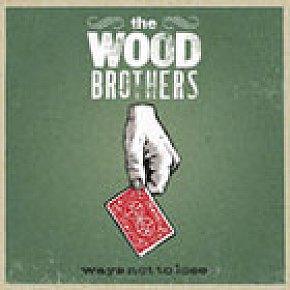 The trio Medeski, Martin & Wood have been one of the most innovative and consistently interesting jazz (and beyond) bands of the past decade or so. But here upright bassist/singer from the band Chris Wood teams up with his singing/guitar playing brother Oliver (a dab hand on slide among other things) for an album of lowkey acoustic charm which slips easily between a modern take on rural... > Read more 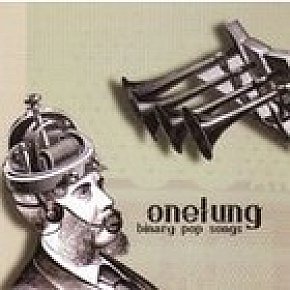 Behind the unappealing nom de disque is Auckland electronica musician Kevin Tutt whose previous album Nu Scientist was a real, if overlooked, gem. Once again located somewhere between the harder end of Brian Eno ambient-pop and slightly funky electronica -- with real instruments like cello and bass, and various vocalists alongside samples and electronics -- this is music with heart, soul and... > Read more

The world is so cluttered with singer-songwriters that excellent albums like Josh Rouse's recent Subtitulo can go right past people. (That's a hint) I expect this pop-rock outing by San Diego-based Laswell -- who plays just about every instrument here -- could suffer a similarly undeserved fate. But there's a lot to like on these melodically meaty songs, some of which swirl and soar on an... > Read more 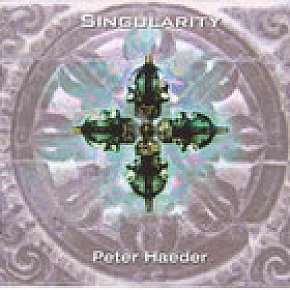 Guitarist Haeder -- who sometimes records as phaeder -- has certainly spread his talents widely: he's played avant-garde improvised music; made music for film and television; done an album of almost life-threateningly fast techno (Lotus Beat of 2003); and, as a longtime Buddhist, has recorded haunting deevotional chants. On Emerald however he pulls up a rack of mostly acoustic guitars and... > Read more 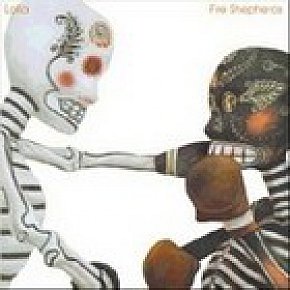 This duo out of Liverpool spring a real surprise on their debut album: it is cinematic-sounding electronica but much of it -- after the gritty sci-fi sonics of the opening two tracks -- is clearly influenced by the expansive mid 60s jazz sounds of John Coltrane (long and loping rhythms) and the early 70s urgency of Miles Davis when he hooked up with the sound of the street and plugged in with... > Read more 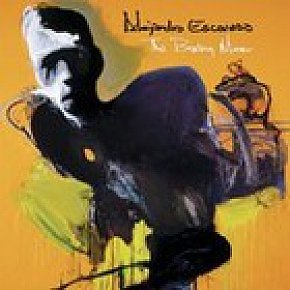 When you see that John Cale, formerly of The Velvet Underground, has produced an album you tend to take notice: he helmed the stunning debuts by Patti Smith, The Stooges and Modern Lovers, and down the decades has worked with Nico, Jennifer Warnes and Jesus Lizard. With singer-guitarist Escovedo he has a like-minded, dark-hearted spirit who brings the added dimension of his Mexican-American... > Read more 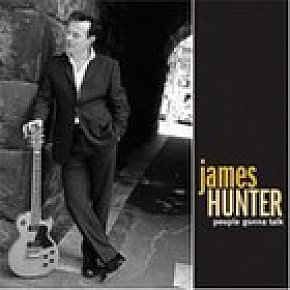 This unashamedly enjoyable album is crammed full of songs where Hunter's velvet soulful r'n'b vocals are placed alongside a superbly tight little band of upright bass, saxophones and locked-in drums. It is only when a sometimes skittering sax or Hunter's angular guitar parts come in you realise this isn't some 60s reissue or lost Sam Cooke album, but utterly contemporary r'n'b pop. And... > Read more 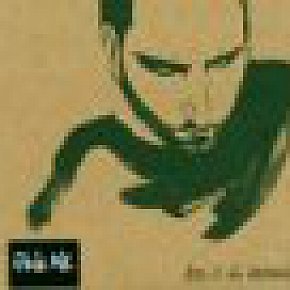 Pitched somewhere between the sound of Greg Johnson on downers and the acoustic charm of Jose Gonzalez (the guy who does the bouncing balls/Sony Bravia ad on television), the ill-named Fink delivers up quietly engrossing stories of love and loss, lousy jobs and emotional failure. That may sound bleak but over the course of this sensitive and sometimes wryly amusing album the Brighton-based... > Read more 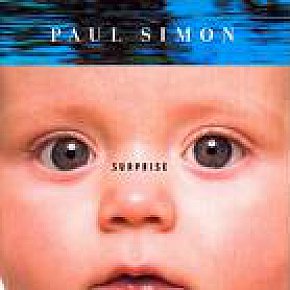 From the Sounds of Silence through American Tune and beyond, 64-year-old Paul Simon has articulated the fears and hopes of his generation. Unlike Young on his leaden Living with War, for this new album - in a gagging, sentimental cover - Simon takes musical risks and extends himself. Brian Eno provides the sonic landscapes - loops, electronics, weird bass - and it is mixed by Tchad... > Read more With an embarrassing breathlessness, American rock writers greeted Living With War by 61-year-old Neil Young as if it was to be a turning point in the anti-Bush/anti-war campaign. All noted Young had knocked it off quickly in a fit of anger, but you have to wonder what took him so long to get round to considering the state of his (adopted) nation. Some have hailed it - linking it with... > Read more 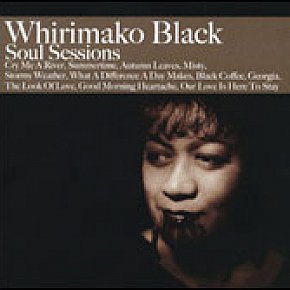 Black's two previous te reo album - Tangihanu (2004) and Te Kura Huna (2005) - were compellingly beautiful and weaved between soul balladry and slightly esoteric jazz, but never lost sight of the spirituality which drove them.   Black's voice is a thing of great sensitivity, and those albums should have made her a household name. Surprisingly they received few mainstream reviews... > Read more 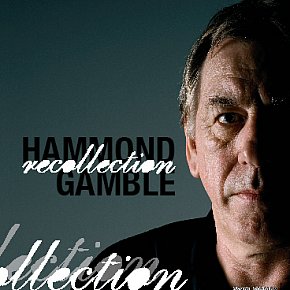 Gamble is one of this country's most distinctive voices, but too often in the past decade it has mostly only been heard on ads. A couple of decades back, however, when he fronted Street Talk, Gamble was a household name and his songs rocked pubs and even radios across the nation.  The band flirted with greater fame - most notably when notorious LA producer Kim Fowley improbably tried... > Read more Auckland guitarist Sperber was in the New Loungehead and the Relaxomatic Project, both of which remained faithful to the contract of jazz (improvisation, if you need reminding), but also married that to a chill-out lounge factor which made them as popular in clubs as on the home stereo.  This disc-only quartet was recorded in Berlin during Sperber's sojourn there, and at the... > Read more