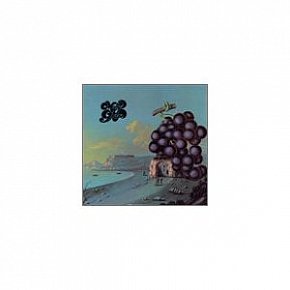 Varying the speed of tapes in the studio is not uncommon, but asking that your listener get up and change the speed of their record player on an album is another thing entirely. Certainly there have been singles which play one side at 45 and the other at 33 (often 12" singles or EPs from the Eighties) -- but in '68 the increasingly drug-addled Skip Spence of San Francisco psychedelic... > Read more One of the great things about being filthy rich (like George Harrison was post-Beatles), at last having time on your hands and your own studio in your mansion (although admittedly he did have to do a lot of work on the place which was in derelict condition) is you get to fool around. And clearly from the evidence of this five minutes of playing around with vocal effects, slide guitar and so... > Read more 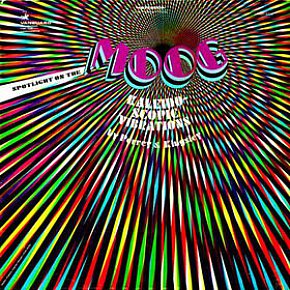 Perrey and Kingsley; Strangers in the Night (1971)

Taken from the album Kaleidoscopic Variations; Electronic Pop Music of the Future by innovators and composers Jean Jacques Perrey and Gershon Kingsley, this might be better subtitled "When Moog players go wonky". And oddly enough for "future pop" they drew mostly on material like Umbrellas of Cherbourg, Lover's Concerto, Winchester Cathedral, the theme from The Third Man,... > Read more 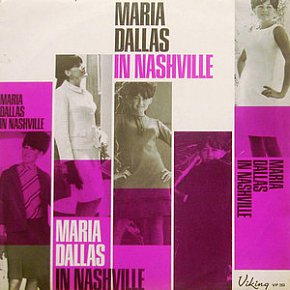 In the minds of many New Zealanders and on the pages of popular histories, country singer Maria Dallas was a one-hit wonder with her version of Jay Epae's very catchy Tumblin' Down. That song won her the Loxene Golden Disc award in '66 but if she mostly disapeared frpm the pop charts thereafter (although did have a huge hit with Pinocchio four years later) it was because she was never a pop... > Read more According to Tom Waits, "My wife just thinks it's hilarious," he said of this cover of Frank Sinatra's popular song. "She says, 'You sound so goddamned depressed singing it . . . I don't believe that bullshit for a minute. Young at heart, my ass!' " When Waits did cover this lovely if sentimental song -- which was a hit in 1953, so big that the 1954 Sinatra/Doris Day... > Read more Previously at From the Vaults we have pulled a track by Benny Andersson from his pre-Abba band the Hep Stars. That came from an album Before Abba, only available at the Abba Museum in Stockholm. Here as promised then is another from that album, the first major solo hit for Agnetha with a song she wrote herself. It was inspired by the break-up with her boyfriend when she was 17 (the... > Read more 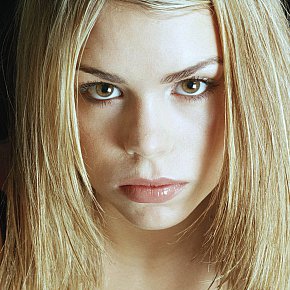 That the innocent wee Billie Piper -- 16 when she did a promo tour in New Zealand on the back of her debut album (see here) -- should later go slightly off the rails and start behaving in an "adult" way should have come as no surprise. Her short-lived marriage to UK DJ Chris Morris in 2001 -- she 19, he 16 years her senior -- was just the beginning, after that there were the... > Read more In his recent insightful and unflinching Behind the Locked Door -- a biography of the life and conflicted emotions of George Harrison -- the British writer Graeme Thomson discusses Harrison's propensity for "borrowing" musical ideas and lyrics from others. The Beatles had always been great adopters and adapters, but Harrison appears to have taken it to a different dimension. The... > Read more 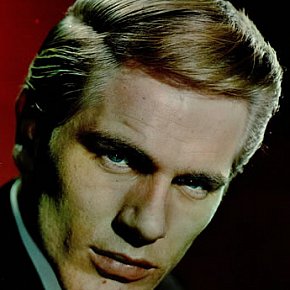 Britain's Adam Faith -- born Terence Nelhams-Wright -- was one of the few late Fifties/early Sixties teen pop stars of his era who managed to survive the limitations of his voice and establish a very creditable career . . . although most of it was in acting. On his early hits like What Do You Want? in 1959 he affected the Buddy Holly style, but -- despite doing songs like Johnny Comes... > Read more 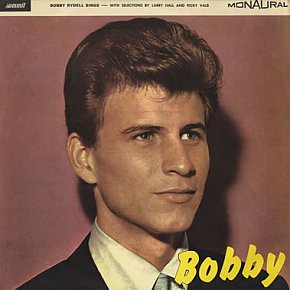 The cover of this British album from '64 gives the title as "Bobby Rydell Sings" . . . but the most interesting two tracks are where he doesn't. Rydell was one of those lightweight US teen-pop artists whose success far outweighs his talent, and these days he has become a footnote in pop culture. In Grease the college the kids went to was Rydell High, and McCartney has said... > Read more Written by the American Ken Darby who also penned Love Me Tender, this engaging slice of pop captures the spirit of the Pacific (Hawaiian music was still enormously popular at the time and Bill Wolfgramm on steel guitar here was a master practitioner) and also the new fangled sound of rock'n'roll beaming in from the States. And a little smidgen of country music. The Stardusters were a... > Read more Formed in 1981 (and still going today with two original members) Sweden's Nomads were considered garage punks and this track appears on a collection entitled A Real Cool Time Revisited; Swedish punk, pop and garage-rock 1982-1989. But on the evidence of this song they might well have been around in the late Sixties because they sound closer to a Sonics/Stooges take on psychedelic rock of... > Read more 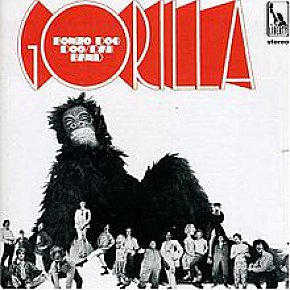 Few indie.rock followers would perhaps know the band Death Cab for Cutie took their name from a song by this group of musical surrealists, the song of that name appearing in the Beatles' Magical Mystery Tour film in late '67 when the band were invited to sing it. The Bonzos enjoyed some patronage from various Beatles -- McCartney produced their hit I'm the Urban Spaceman under the name... > Read more 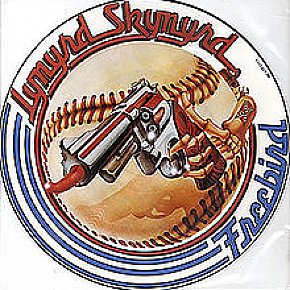 It's a joke that never ages, at a rock concert someone yells out "Free Bird". It's such a standard that the American writer Mitch Myers entitled his collection of rock anecdotes and fiction The Boy Who Cried Free Bird. Whoever that guy is, he's as notorious as the one who shouted "Judas" at Dylan. The joke -- for those who have never heard Lynyrd Skynyrd's Free Bird from... > Read more 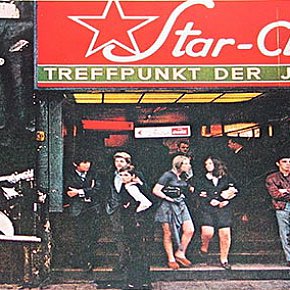 In 1977, after years of rumours about it and litigation, the album The Beatles: Live! at the Star Club in Hamburg, Germany; 1962 appeared. For those -- like John Lennon, ironically -- who believed the Beatles were a better rock band before their manager Brian Epstein put them in suits in Liverpool, here would be the evidence of them at their most raw. The background to these rough... > Read more In an alternate lifetime, singer Wade Cummings could have been Elvis Presley, the man he resembled and came to impersonate. He was born into a poor but musical family in rural Tennessee (his dad a moonshiner) and he was the youngest of nine children. That's the kind of almost mythical backstory we like in our rock stars. As a kid he saw Elvis on the Ed Sullivan show, joined a band at... > Read more We could fill the bottomless black hole that is From the Vaults with just oddball versions of Beatles songs. (So far we have been restrained, just Laibach, cartoon character Elmer Fudd and the Beatles Barkers *). But this track is irresistible. Bugotak is a Russian group which plays Siberian instruments, guitars, Chinese flutes and fiddles, and has George "Father Gorry"... > Read more General Echo (Earl Robinson, shot by police in 1980 shortly after this song appeared) is generally credited -- if that's the right word -- with shifting Jamaican reggae away from consciousness lyricals (morally uplifting and philosophically profound sentiments ) to something rather more . . . base, shall we say? He's the man we can thank for rude lyrics, ridiculous innuendo of the Carry On... > Read more The British r'n'b singer Chris Farlowe enjoyed a number of hits in the Sixties -- notably his cover of the Stones' Out of Time -- and this Hal David-Burt Bacharach song is much better known in versions by Dusty Springfield (see the clip below) and Dionne Warwick. But in this moving version Farlowe somewhat lets the melody be more suggested than sung in places and just digs deep into the... > Read more 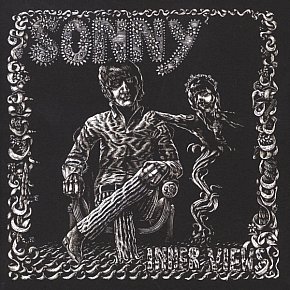 Hard to know where you might start with Sonny Bono, the Republican politician who was killed in a skiing accident in 1998. He was of course much more than that and in his late 20s he worked with Phil Spector as a promo man, co-wrote the classic pop hit Needles and Pins with Jack Nitzsche and then famously teamed up with Cher as the identikit he/she look-alike couple Sonny and Cher who had... > Read more