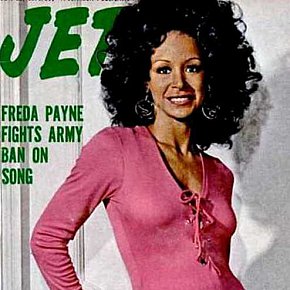 Freda Payne is best known for her hit Band of Gold of 1970, but here during the Vietnam war era she's speaking for all those with loved ones abroad. This was a very direct message at a time when the boys were coming home in body bags, and a disporoprtionately high number were black soldiers. People got the message and this went to number 12 on the Billboard charts. Freda later... > Read more 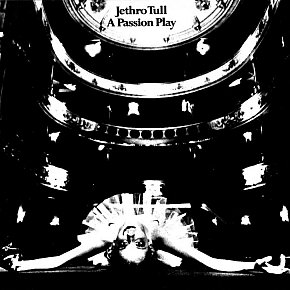 No one -- not even the members of Jethro Tull it seems -- can fully explain why this oddball spoken-word piece should have appeared in the middle of the album A Passion Play. The best Tull mainman Ian Anderson can come up with is because the rest of the album was so lyrically, emotionally and musically dense -- something about someone dying and going through stages in the afterlife -- is that... > Read more 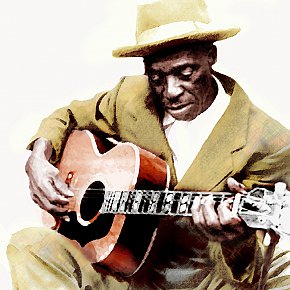 Previously we posted Otis Rush's original of All Your Love which became one of Eric Clapton's defining versions in '65 (the kind of piece that got the "Clapton is God" graffiti writers going). So here now is Skip James with I'm So Glad which became simply an improv vehicle for Clapton in Cream just a few years later. James -- from Mississippi -- was one of the many bluesmen who... > Read more 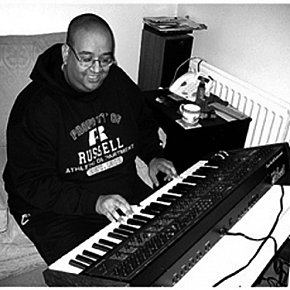 Long before there were overnight internet stars, there were -- and still are -- those who simply sat at home and made their songs on rudimentary equipment -- and then tried to sell them into the world. That is difficult, especially if you were Jyoti Mishra who is White Town. "I'm not exactly the easiest package to sell: some fat Asian bloke who does his own recordings? It's not going... > Read more 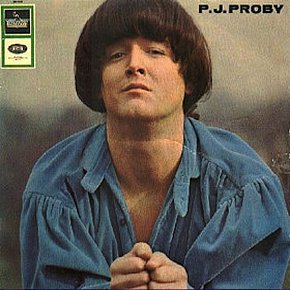 One of the most pressing problems facing big voiced balladeers of the mid and late Sixties -- PJ Proby, Tom Jones, Solomon King, Engelbert Humperdinck and John Rowles among them -- was a lack of decent material. When the Beatles arrived writing and singing their own material (then the Stones and others) the whole landscape of popular music changed. Although a few songwriters had previously... > Read more 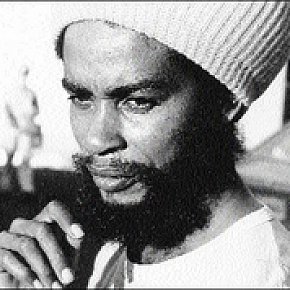 The great Max Romeo has his War Ina Babylon (produced by Lee Scratch Perry) as an Essential Elsewhere album for its street politics and memorable songs, but this was the thing which got him a lot of attention. Produced by Bunny Lee at Studio One, understandably banned by the BBC ("lie down gal let me push it up, push it up"), not released in Jamaica, reaching number two on the... > Read more 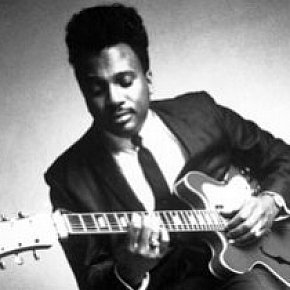 One of Eric Clapton's most definitive and distinctive early statements was his cover of this song by the great Otis Rush, which appeared on the John Mayall Blues Breakers album of '65. You can hear his version at that link. What is interesting is just what a precision player Clapton was. He hears every nuance of Rush's version, but delivers a steely, crisp but deeply felt rendition... > Read more 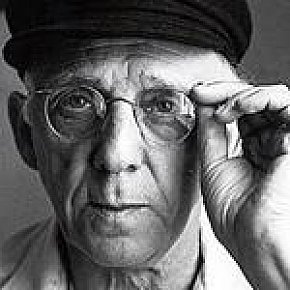 The Scottish poet and comedian Ivor Cutler (1923 - 2006) barely scraped the surface of wide public acclaim outside of the UK, and even there he was a minority figure. But he did appear in the Beatles' Magical Mystery Tour in '67 after Paul McCartney spotted the eccentric, quietly spoken Cutler on a late night television show. In that Beatles film he played Buster Bloodvessel, the driver of... > Read more 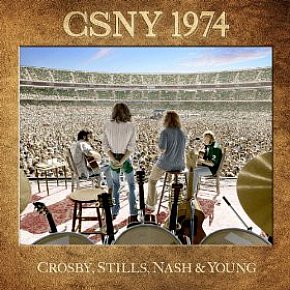 Here's an early exclusive for you. In a month an album drawn from '74 concerts by Crosby, Stills, Nash and Young will be released for the first time. It comes as a single disc (for the track listing see here), but also in a three CD and DVD format, and for the full track listing of that see here. (It's got Young's Revolution Blues on it, can't wait to hear that!) The release of this... > Read more 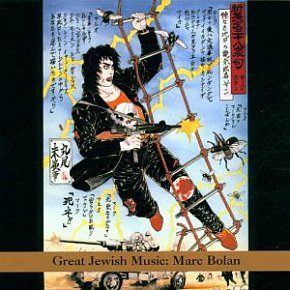 In the course of researching the folksy-hippie sound of Tyrannosaurus Rex of the late Sixties, before they morphed into the brilliant pixiefied glam rock of T. Rex, I was turning up some interesting oddities in their catalogue. But when I got to their pivotal song Ride a White Swan with which Marc Bolan announced a whole new Rex -- electric, poppy, teen-directed -- I stumbled on this... > Read more 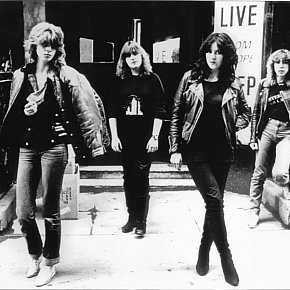 In the catalogue of hard rocking women, Girlschool out of Britain deserve to be counted in there alongside Joan Jett, the Runaways and a few select others. They arrived as part of the New Wave of British Heavy Metal in the late Seventies alongside Saxon, Tank, Iron Maiden and others, but were most often associated with Motorhead as their mainman Lemmy was a great supporter of Girlschool.... > Read more 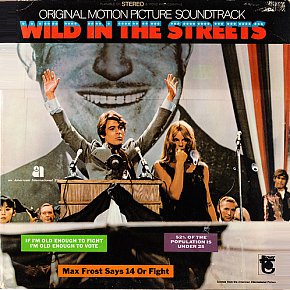 The '68 film Wild in the Streets had a helluva cast: mad Shelley Winters as a hippie convert then chewing up the scenery, Hal Holbrook as a shrewd politico seething as only Hal could do; Richard Pryor, Ed Begley . . . Crazy story too: through the machinations of political manipulators a nation turns itself on its head and vote in a president who is a young rock singer who then legislates to... > Read more 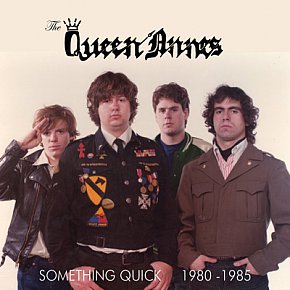 Amazing, isn't it, how far a sound can travel? Like the sound of Mod England as epitmised by the Who reaching right into the heartland of Washington state in the US where, in the early Eighties, this band took it (belatedly) to heart. It would be an exaggeration to say the Queen Annes were one of the great undiscovered pre-grunge bands from Seattle, but on the evidence of a recent... > Read more 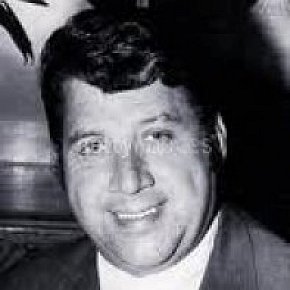 Solomon King -- not to be confused with the equally enormous late Solomon Burke -- was something of a one-hit wonder when his big voiced ballad She Wears My Ring went racing up the charts in the UK in '68. Like Engelbert Humperdink, King's style seemed to belong to an earlier era . . . and the album which accompanied the hit confirmed it: he covered the gorgeous Stranger in Paradise... > Read more 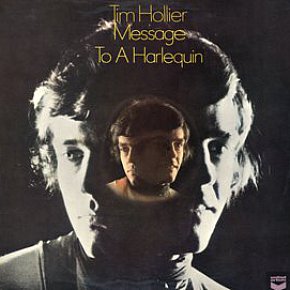 The title of this song by an obscure and unfairly overlooked British psych-folkie would be familiar to followers of New Zealand music, and those who know the works of the Bard. The line comes from Shakespeare's The Tempest and Don McGlashan deployed it as the opening words of his lovely Anchor Me. Here the Shakespeare -- it is Ariel's song -- is given a musical setting by Hollier,... > Read more 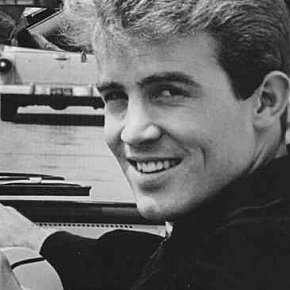 Jan Berry was half of the surf pop group Jan and Dean, and he co-wrote this song with Jill Gibson as an answer to Buffy Sainte-Marie's Universal Soldier of the same year which had been covered by Donovan and Glen Campbell. His partner Dean Torrance – who had done an Army Reserve stint – wanted nothing to do with it. It's blunt! A real Cold War classic in a way.... > Read more 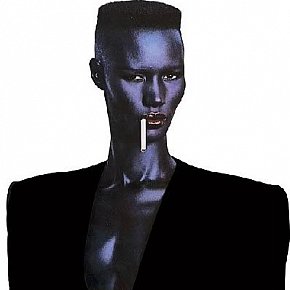 Before interviewing Gary Numan recently I put a call out on Facebook to anyone who had questions for the man they wanted answered. He was a delight to speak with (see here) and happy to take these random questions at the end, one being about great (and lousy) covers of his songs which he might have heard. He was very generous as you may see, but hadn't heard this recently... > Read more 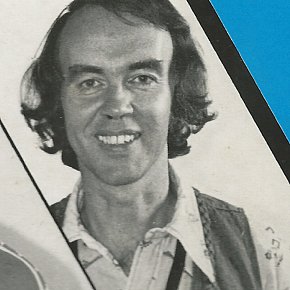 For many decades Martin Drew - who died in 2010 -- was the go-to drummer in Britain. A partial list, which he drew up himself, of the people he'd played with included Lee Konitz, Woody Herman, Paul McCartney, Dexter Gordon, Chico Freeman, Dizzy Gillespie, Benny Goodman, Warren Vache, Oscar Peterson (in whose band he was), Chet Baker, Chico Freeman . . . Most of those jazz players he... > Read more 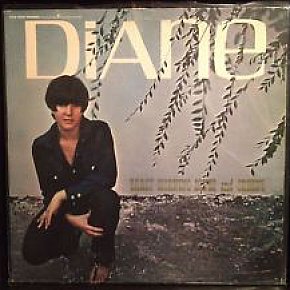 The recent Record Store Day made a major gouge in my bank account, but even so there were some accidental bargains in my bag. While waiting in the queue at Southbound Records with some pricey gems I found myself by their discount bin and so, idly flicking through the selections, I . . . Yes, the album by Diane Hildebrand made itself known to me for a number of reasons: first because I'd... > Read more 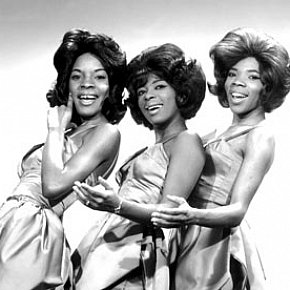 On Anzac Day I was invited onto National Radio to talk about songs from the era of the Vietnam conflict and rather than going for some of the more obvious ones (Universal Soldier and so on) I picked some of the more vehemently pro-American and patriotic ones (Universal Coward by Jan Berry about draft dodgers). Then I moved from the truly creepy Letter to a Buddie and into songs which didn't... > Read more