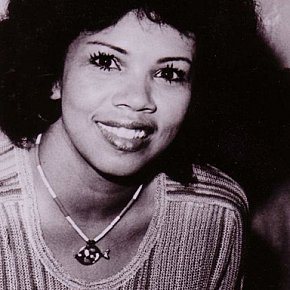 This song -- which has Dan Penn, George Jackson and Martin Green as co-writers -- is so elementally simple as to be little more than a pure outpouring of emotion when sexual desire overwhelms common sense. The great Candi Staton could frequently turn out such achingly real and raw emotion (Me and Mrs Untrue) and here she taps into her life experiences (marriages), but she was equally at... > Read more

How do you describe Hal Willner? Is he an arranger (yes), producer (definitely) or a facilitator (most definitely)? Over the years he has brought many diverse artists together on projects to celebrate and reinterpret the work of composer Nino Rota, Thelonious Monk, and most recently the Rogue's Gallery collection of pirate ballads, sea songs and shanties. The cast on these projects has... > Read more 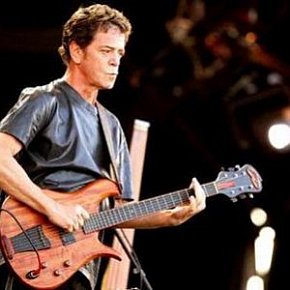 At the time of the 30th anniversary concert celebration at Madison Square Garden in October '92 of Bob Dylan's debut album -- with a happy Dylan performing -- few would have thought the subject of the night was on the cusp of a comeback. He'd been through what we might call the Appalling Eighties and no amount of recent, whishful-thinking and revisionist articles by writers today can deny... > Read more 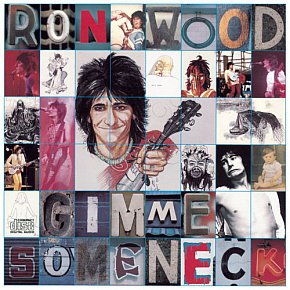 Back when he was "the salaried Stone", guitarist Ron Wood -- before he became Ronnie -- was regularly knocking out solo albums. Of course he could call on some stellar assistance and across the three solo albums prior to Gimme Some Neck from which this track is drawn -- I've Got My Own Album To Do ('74), Now Look ('75) and Mahoney's Last Stand ('76) -- he has guests Mick Jagger,... > Read more 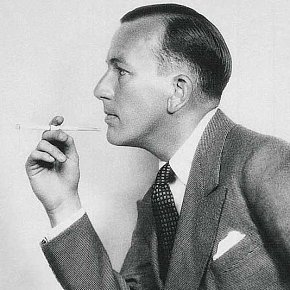 A glance at the year puts this classic Noel Coward song into the context of its era. It was the height of the Second World War and London was being battered by the Blitz. Coward was real Londoner who, when playing truant from school, would roam the streets and watch the trains at Clapham Junction and Victoria Station. It's no coincidence then at he was at Paddington Station when the... > Read more 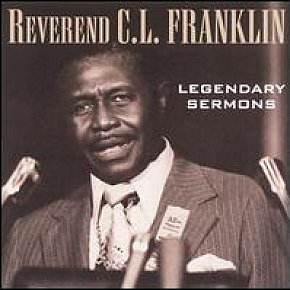 The Reverend C.L. Franklin has been mentioned previously at Elsewhere, but only in regard to his daughter Aretha. But Clarence LaVaughn Franklin (1915-94) deserves a mention here in his own right because dozens of his powerful, metaphorical and musical sermons in Detroit were recorded by Chess . . . and he was a man who loved jazz and r'n'b. He was quite a charismatic figure who had been... > Read more 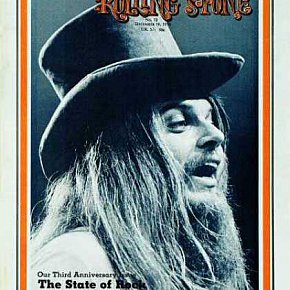 Careers rise and fall all the time in popular culture, but few with the perfect arc of Leon Russell's. In the mid Sixties he was an anonymous session pianist playing on albums by Frank Sinatra, the Beach Boys, Herb Alpert and Gary Lewis and the Playboys, five years later he had two Beatles (George Harrison, Ringo), three Stones (Mick, Bill and Charlie), Eric Clapton, Klaus Voormann, Joe... > Read more 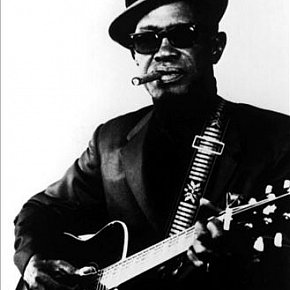 Bob Dylan aficionados should get a copy of this on 33 1/3rpm record and play it at 45, or at about 40rpm. And lo! It sounds perilously close in many ways -- an inspiration if nothing else -- for Bob's Leopard-Skin Pill Box Hat. Dylan had seen the great Lightin' Hopkins on television a few years before he [Dylan] arrived in New York to haunt the downtown folk clubs and soak up... > Read more 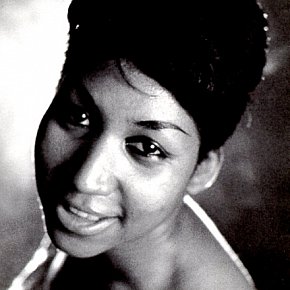 It is standard received opinion that it wasn't until the great Aretha Franklin left Columbia Records for Atlantic (and sessions in Muscle Shoals with Jerry Wexler), that her career got serious traction. The phrase that is most heard is "Columbia didn't know what to do with her". And while that is true -- her first songs were bluesy and then they shifted her over to their pop... > Read more 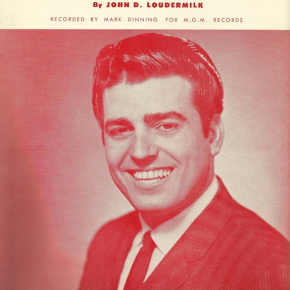 The rather sad Mark Dinning has appeared at From the Vaults previously because he was the voice on the great death ballad Teen Angel of '59 which had been written by his sister Jean. That's a classic, but this isn't because it was recorded when his career was on the skids after that initial flush of success and the alcoholism which it allowed him. If there's anything interesting about... > Read more

The Gershwin brothers' Embraceable You, written in 1928, became a jazz standard and down the decades has been covered by an extraordinarily diverse range of artists from Nat King Cole, Doris Day and Judy Garland to Ornette Coleman, Charlie Parker and Art Tatum. Oh, and Liberace, Frank Sinatra and more recently Rod Stewart on his Great American Songbook Vol 3 album in 2004 . .  which... > Read more 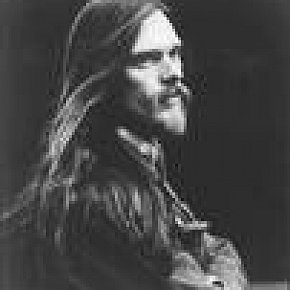 Back in the late Sixties/early Seventies, the American folk-rocker Phillips was known for two things: the astonishing length of his hair, and a soaring falsetto. And although he was moderately successful at the time -- bigger than a cult, not a chart topper -- he barely gets a mention in rock or folk encyclopedias today. That's surprising given he performed at the Isle of Wight... > Read more 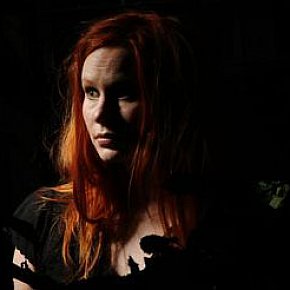 The Susanna here is Norway's Susanna Wallumrod and the Magical Orchestra is keyboard player Morten Qvenild . . . and this Joy Division classic is right in their frame of reference because her vocals often work this ethereal and moody area, usually on originals. She is quite some esthete also -- her siblings are renown musicians also -- and among her recent collaborators have been jazz... > Read more 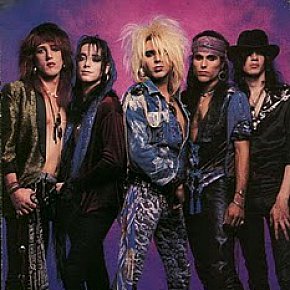 Jac Holzman's Elektra was one of the most diverse record labels in the last half of the 20th century. He started it in 1950 and the first recording pressed (just a couple of hundred copies) was of a modern classical lieder by composer John Gruen and sung by Georgiana Bannister which Holzman -- a student at St John's College in Annapolis, Maryland -- recorded on a portable tape recorder and had... > Read more 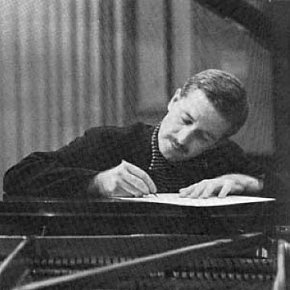 Mose Allison is a jazz and blues singer whose songs have been covered by a surprising number of rock artists . . .  surprising because when you hear Allison's originals -- as in this case, typically swinging, groove-driven by drummer Nick Stabalus and bassist Addison Farner -- it sounds a very long way from how they turned out in the hands of people like Blue Cheer or the Who in the... > Read more 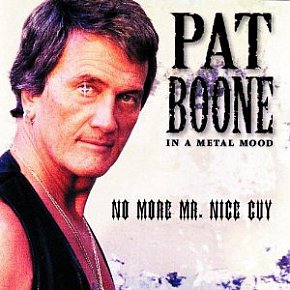 When the cleanest white-bread rock'n'roll singer of the late Fifties sings "no more Mr Nice Guy, no more Mr Clean" you know he's well in on the joke -- and that if you bought the album this came from (In a Metal Mood) then the joke was on you. First, they might have been hard rock songs he was covering (Smoke on the Water with Richie Blackmore on guitar, It's a Long Way to the... > Read more 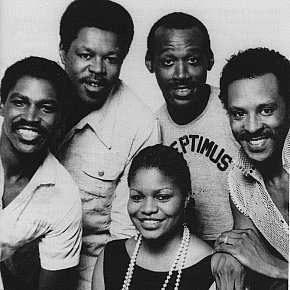 Sounding a decade too late for the disco era, Septimus were a black outfit from Seattle built around singer/guitarist and producer Herman Brown who originally recorded a version of this song in '83 with his band Ozone. Just five years too late. Seattle-born Brown had been a successful studio musician in LA until he moved back home in the early Eighties and started Ozone as an outlet for... > Read more 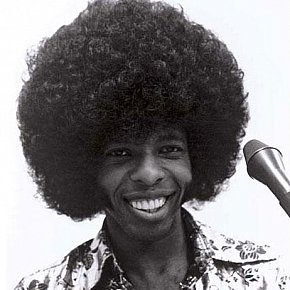 If we think of the great Sly Stone at all these days it's the celebratory guy leading the Family Stone at Woodstock and then great albums like Stand and There's A Riot Goin' On. But flick back to his life before the public profile and in the early Sixties he was a respected producer in San Francisco, and mostly doing white artists like Bobby Freeman (C'mon and Swim), the Beau Brummels, The... > Read more 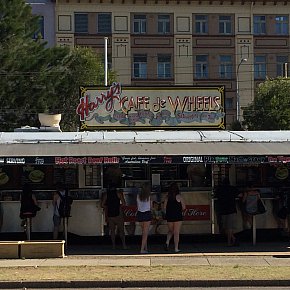 When I was in Newcastle, New South Wales recently -- a city I'd never been to previously and knew damn-all about -- I was walking along the boardwalk in the afternoon and looked over to see an old friend on Wharf Road. It was Harry's Cafe de Wheels, a famous Australian institution which has provided pie'n'peas, hot chips, burgers and the like for hungry folks -- often those 4am-to-dawn... > Read more 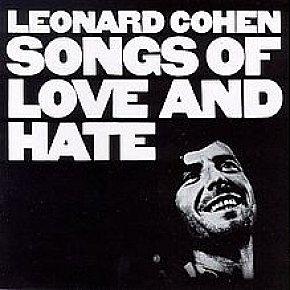 In the course of sometimes interesting, occasionally haywire Q&A session after the screening of the film 20,000 Days on Earth in Auckland, Nick Cave was asked if he'd ever met Leonard Cohen and what his favourite Cohen song was. He said he hadn't . . . but then offered an insightful response to the second part of the question.  “When I was growing up in Wangaratta in... > Read more