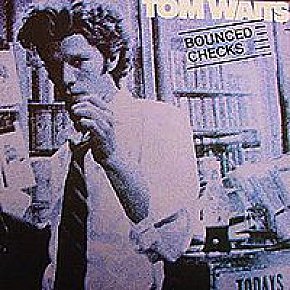 Here's a beautiful old rare one -- with surface noise included -- taken from that period when Waits was writing barfly short stories in song. This outtake from the Heartattack and Vine album of 1980 only ever appeared on an Asylum compilation Bounced Checks ('81) and that record hasn't been released on CD. So here is Waits from three decades ago, sitting at the piano and telling a story... > Read more 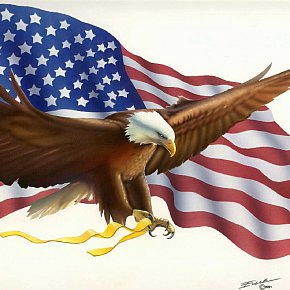 The great patriot Tubb has appeared at From the Vaults before with his mind-numbingly awful It's For God and Country and You, Mom written by Dave McEnery. Ernest clearly like to keep things simple and the same year he recorded this little pearler by Jimmy Helms which became adopted as a satirical statement by those hippie draft-card (and school) burners who objected to America'... > Read more 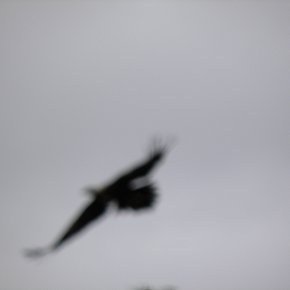 If you are reading this on June 25, 2011, then I'm probably listening to this by a pool in a tropical place where geckos crawl up a white wall and the ceiling fan turns slow. I will have a drink in my hand and my beautiful wife will be by my side. I hope so. And yes, I do expect I will be listening to this.  For me, And Your Bird Can Sing is the most perfect piece of trippy,... > Read more 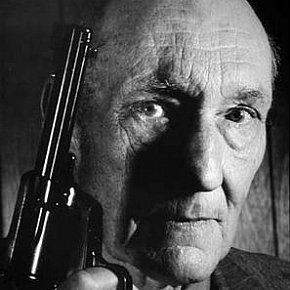 Even if you know nothing about William Seward Burroughs (1914-97), when he read from his novels a chill might run down your spine. His slewed, acidic, vitriolic and downright nasty style added an extra dimension of menace to his disturbing visions where heroin, politics, mythology, guns, the CIA and cheap detective stories were cut up and shuffled, and then spat out. He is best known for... > Read more 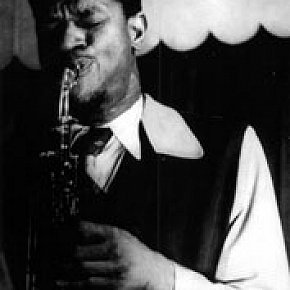 Alto saxophonist Joe Harriott was not the first to take inspiration from Indian classical music (John Coltrane had looked across to it previously) but -- with violinist and harpsichord player John Mayer -- he was among the very first to record with Indian musicians and effect some jazz fusion. Around the time George Harrison was looking at a sitar on the set of Help! and thinking... > Read more

(Warning, some enjoyable surface noise in the transfer from vinyl) 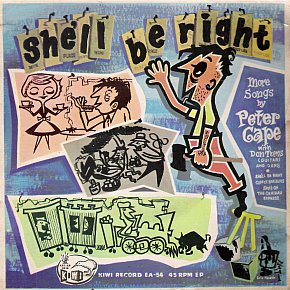 The idiosyncratic Peter Cape (1926-79) has appeared at Elsewhere's From the Vaults previously, with his Kiwi vernacular classic She'll Be Right (here). He wrote about things that ordinary jokers and sheilas could understand and were interested in: rural life, the All Blacks, the train on the Main Trunk Line (and the food), trams, beer and betting on the horses, small towns and so on. It... > Read more

The difference between the American psychedelic experience of the Sixties and that of the British can be captured in two phrases: in the States Timothy Leary was telling people to "tune in, turn on and drop out" which clearly demanded some committment. In Britain however George Harrison -- on It's All Too Much -- was offering the more measured and slightly detached perspective of the... > Read more 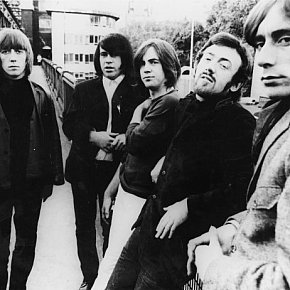 Most people lie about their school days: no one wants to admit they were ordinary. Better to say you hung around behind the bike shed, that teachers and kids hated you for your music, clothes or whatever. Oh, and you smoked. Just makes you seem more cool and interesting -- and most people weren’t. One of the lies people who formed their musical taste in the mid Sixties... > Read more 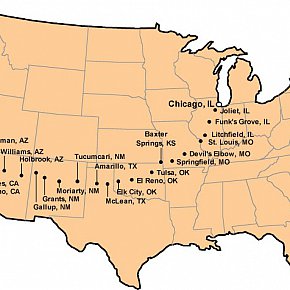 In the hands of Chuck Berry and the Rolling Stones, Route 66 became a classic rock song -- but its history goes further back and the song has been rendered in the styles of earlier eras. And later one too. Written in '46 by jazz pianist Bobby Troup -- who said he penned it after making the trip, got the chorus quickly but couldn't think of enough words so just put in the place names -- the... > Read more 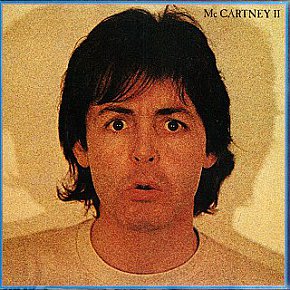 In the Seventies Paul McCartney enjoyed a remarkable revival of fortunes -- at the start of the decade the Beatles broke up, he released a couple of feet-finding solo albums, got the band Wings together and did a lowkey tour of the UK, delivered Band on the Run, conquered America and the rest of the world with hits singles then witnesed Wings slowly decline. In 1980 he went into a small... > Read more 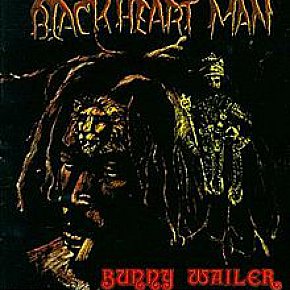 As Bob Marley was advancing a more light-filled, if still serious, face of Rastafarianism into the world, it fell to deep roots groups like Culture, the great Burning Spear and Bob's old bandmate in the original Wailers, Bunny Livingston (aka Bunny Wailer) to deliver the darker and deeper themes. The mighty Spear sang as if he had just been freed from the shackles of slavery in a voice like... > Read more 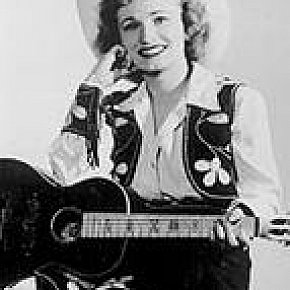 Because the name "Hitler" became such a signifier for all that was evil and his name a shorthand for the inhuman and demonic, it was inevitable that any portrayal of him as a mere man (albeit a very bad one!) was bound to offend many. Better to think of him as an aberration than a possibility. In this song by Rosalie Allen -- "The Prairie Star" who popularised the... > Read more

Britain's Ivy League were one of those bands which appeared in the wake of the Beat Boom and the Beatles and scored a couple of quick hits -- Funny How Love Can Be, then Tossing and Turning -- in '65. And that would seem to be it because a couple of key members left and . . . But there is more to their story that that. The band were Ken Lewis, John Carter and Perry Ford, and they... > Read more 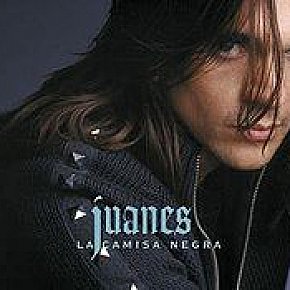 Unless you follow Latin pop then La Camisa Negra/The Black Shirt might be the biggest hit you never heard by a global star don't even known about. Juanes from Colombia has sold 15 million albums, won 17 Latin Grammy awards and one Grammy. The album Mi Sangre (My Blood) which included La Camisa Negra (The Black Shirt) debuted at number one on the Latin Billboard charts, held that... > Read more 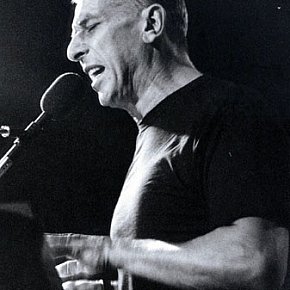 As with anyone who was there, I have a vivid memory of John Cale's show at the Gluepot back in September '83, and in fact I still have the poster ("Tickets sold! Limited door sales. Be early!") Cale's Sabotage/Live from '79 can't be topped for the sheer intensity he brings to material like the thrilling seven minute version of Mercenaries (play at full volume and then put on Pere... > Read more 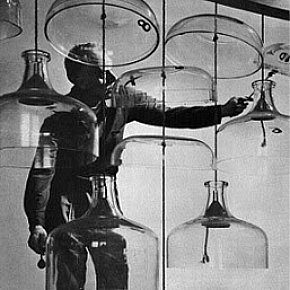 When Tom Waits swerved left from his barroom piano ballads and into using new or found sounds on his clank'n'grind albums in the mid Eighties, he was hailed as an innovator . . . but conspiciously few followed him down that path. These days albums where musicians use unusual instruments are increasingly common and any number will name-check American composer/instrument builder and musical... > Read more 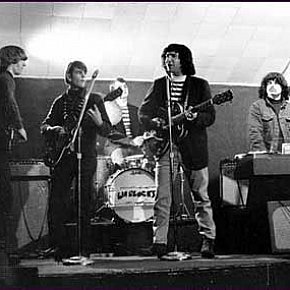 By the mid Sixties the spirit and style of poetic Bob Dylan was everywhere as singers and writers tried to match his surreal wordplay. Dylan's harmonica, image heavy lyrics and monotone is everywhere in this demo by the Warlocks out of San Francisco. Of all the Bob-copyists the Warlocks had the best claim to similar territory: they were heavily into acid, had made their own way to folk-rock... > Read more 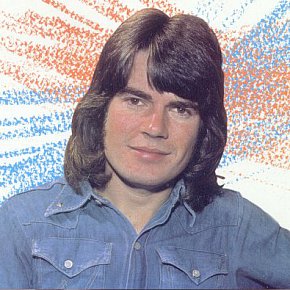 It is a sad reflection on New Zealand's counter-culture that at the height of the war in Vietnam there were so few songs addressing the most important international event of that generation. Maybe because there was no conscription in New Zealand, but the musicians of the day were almost mute in their response to the war. And oddly enough the most widely played and discreetly delivered... > Read more 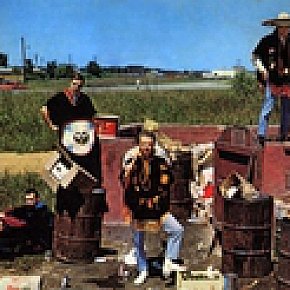 The great thing about disposable pop is that the minute it gets stuck to the bottom of your shoe you just can't shake it. Like this from the one-hit-wonders the Hombres out of Memphis whose members had knocked about on the road as the Daytonas then the Bandits. Written by two of the band's members, Let it Out (Let It All Hang Out) captures something of a stoned Dylan/country psychedelic... > Read more 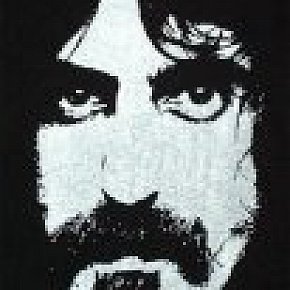 The life, times, opinions and music of Frank Zappa are too huge and diverse to come to terms with easily. What is beyond question (and some of his music and opinions were questionable) is that the man had a rare and impressive musical reach -- from doo-wop to orchestral music and all points between and beyond -- and when he was in satirical mode he could be witheringly accurate. As a social... > Read more