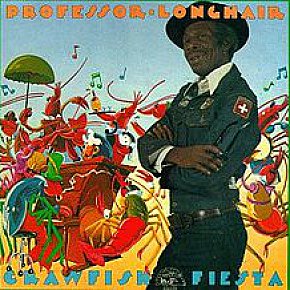 There are dozens of places you can start on a discovery of the genius of New Orleans' legendary pianist/arranger and songwriter Professor Longhair, the man Allen Toussaint called "the Bach of Rock". Dr John said Longhair "put the funk into music, he's the father of the stuff" and producer Jerry Wexler acclaimed him as "a seminal force, a guru, the original creator of... > Read more 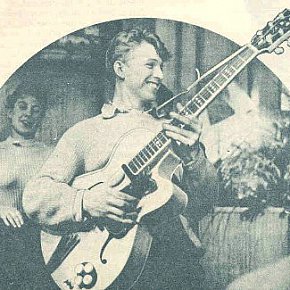 What You Tube allows us to see is how the Beatles in 1963 and early '64 -- as they were proving themselves and didn't quite have full career control -- were going down the same route as most British acts, that of being the "all round family entertainer". By appearing on populist television shows (Morecambe and Wise etc) and doing panto-like things (mock Shakespeare, see clip... > Read more 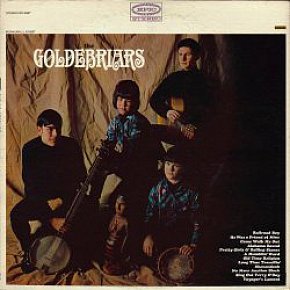 One of the pleasures of digging around through old vinyl for Elsewhere's pages From the Vaults is in discovering the occasional overlooked classic, the rare or the just plain peculiar. Rummaging through discount bins takes time but there are often cheap rewards, in this case very cheap. What attracted me to this $3 album wasn't just the fact the two women were wearing kimonos and had... > Read more 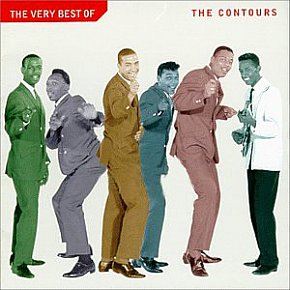 One of the first groups signed to Berry Gordy's Motown label, the Contours had a huge hit with the much-covered Do You Love Me ("now that I can dance") which was in the set of Beatles-era bands like the Dave Clark Five, the Hollies and the Tremeloes. After their next couple of songs failed to ignite it seems they were relegated behind the more successful Temptations, Smokey... > Read more 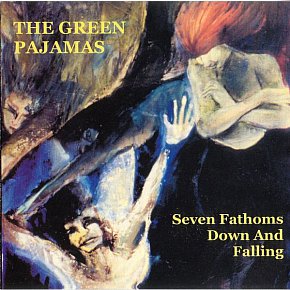 Although many tried -- especially in the Britpop era -- to bottle the essence of the Beatles' music at the cusp of marijuana and LSD (Rubber Soul and Revolver), few managed it with as much maturity, sensibility and persuasive power of the song as Green Pajamas out of Seattle, and they frequently did it at the time when grunge affection was sweeping the planet. The Pajamas' mainman Jeff... > Read more 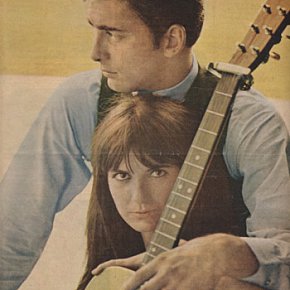 When the British singer Crispian St Peters died in June 2010, many were shocked at his age. He was 71, and yet back when he was spinning hits like You Were on My Mind and Pied Piper in the mid Sixties he seemed so much younger than his Lennon and McCartney peers. His career was a short one, not helped by him publically denouncing the Beatles as "past it" (if memory serves... > Read more 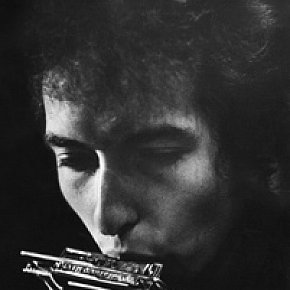 When you have guitar, a voice, a studio and an expectant audience -- and some degree of vitriol to be delivered -- why would you not fire off this bitter salvo at former friends you might feel (rightly or wrongly of course) who have betrayed you? Not many songs begin with such an arrestingly confrontational lines as, "You got a lot a lotta nerve to say you are my friend, when I was... > Read more 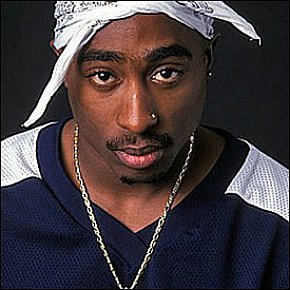 Is there a more sad song in the retrospect than this, after Tupac (assailants "unknown") was gunned down? The great poet of rap gets into a beautiful low, confidently cruising but melancholy groove while giving himself some big-ups because, after all, those punk police have passed on and now we need to picture him at the top of his game . . .  Yeah. Rolling . .... > Read more 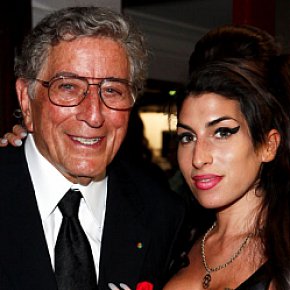 Yes, March this year doesn't seem to be digging too far back in the vaults . . . and maybe even that notion of "vaults" might seem a little distasteful to some given Amy Winehouse dying so recently. But here is a measure of the high regard in which she was held by someone who knows his way around a standard, 85-year old Tony Bennett, who paid the warmest and most intelligent... > Read more 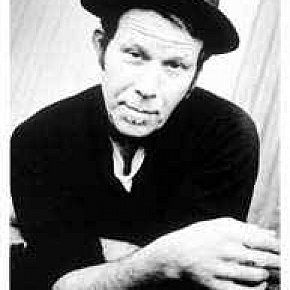 With a new Tom Waits album Bad As Me due in late October (his first studio album in seven years), it is timely to prime the pump with a little known item From the Vaults. In 2007 at a concert in New York's Avery Fisher Hal in the Lincoln Centre, Waits and the Kronos Quartet joined a line-up which included Anoushka Shankar, the Gyoto Tantric Choir, Native American flute player R. Carlos Nakai... > Read more 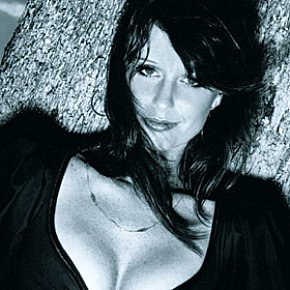 The sassy Jessi Colter was married to the late Waylon Jennings and was something of a rarity in the Seventies, she was a woman (and a confident, songwriting woman at that) and part of the almost exclusively male "Outlaw Movement" out of Austin. She had equal billing on that cornerstone Wanted! The Outlaws album in '76, appeared on the controversial White Mansions country-concept... > Read more 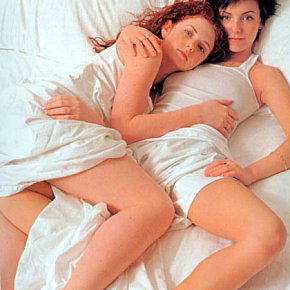 This Russian duo of Lena Katina and Yulia Volkova might have been created and marketed by Moscow producer Ivan Shapovalov with all the ruthless and media-savvy smarts of Malcolm McLaren, but at least they were interesting. Photoshoots, handholding and interviews suggested the two young girls -- both in their early teens -- might have been lesbians . . . but they played it up with such... > Read more 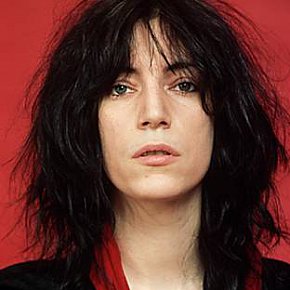 Although the Byrds' 1967 original of this much covered rock classic has a significant sarcasm to it, the lyrical bite was ameliorated by the Byrds' close harmony and airy delivery, and the patched-in screams which added a sense of excitement. By this time the Byrds had tuned in and turned on, and they were a little older than the stars coming up through the pages of Seventeen magazine so... > Read more 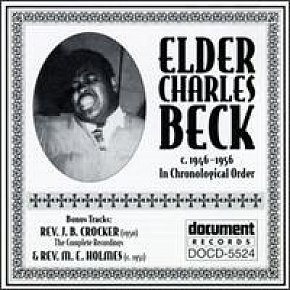 Although some say the itinerant preacher Elder Charles Beck was a direct influence on the very young pre-fame Elvis Presley -- citing Beck's Jesus I Love You as a style which Presley would later imitate in his ballads -- the man was more likely to be calling down the spirit against rock'n'roll . . . as he does here. Beck, who played piano and trumpet, had a long recording career starting in... > Read more 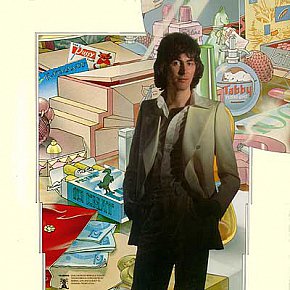 He may be a bit of a bore in interviews (see here), but Al Stewart did tell a great shaggy-dog story in concert -- and of course wrote Year of the Cat among many other fine songs. So here you get both as he tells a bizarre story then swings into a sharp version of that huge hit live at the Roxy. You had to take your hat off to Stewart: it is a courageous man who would rhyme "cola .... > Read more 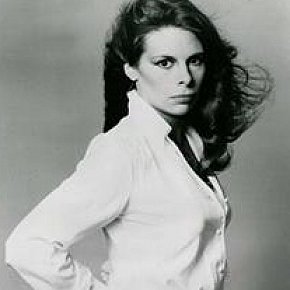 Yes, just as the ad campaign said, "Blondie is a band", so we'd have to acknowledge that Flame were also a group -- but when a band is fronted by a vocalist as powerful as New York's Marge Raymond the five guys behind her would have known where the attention would fall. Like her contemporary Genya Ravan, Raymond could really rock and had a great set of pipes. Her delivery... > Read more 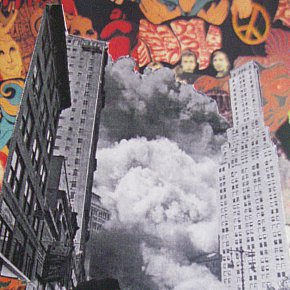 On the 10th anniversary of 9/11 there are the inevitable think-pieces and essays on how the world was changed by that astonishing act of terrorism. Do people in the West feel more safe for the "war on terror"? How do you measure success in Iraq and Afghanistan? Are civilians in those country more or less secure now? Everyone will have their own perspective but one... > Read more

The Pointer Sisters: How Long; Betcha Got a Chick on the Side (1975)

Long before they became a smooth soul-pop machine in the mid Eighties and beyond, the Pointer Sisters (then a quartet of June, Bonnie, Anita and Ruth), delivered some slashing r'n'b funk such as this self-penned (Anita and Bonnie, with producer David Rubinson) single which went to number one on the soul charts and 20 on the main Billboard charts. A stunning all-in production of guitars,... > Read more 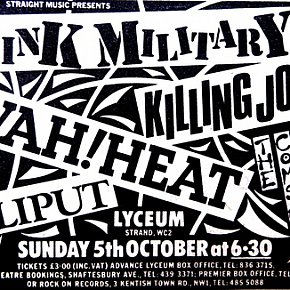 In the immediate post-punk era in Britain when the DIY culture meant bands could release singles faster than anyone could keep up with, it wasn't uncommon to see regional or themed compilation albums and cassettes. In 1980 freelance writer Nigel Burnham (aka Des Moines) from Leeds threw attention on the north west "to neutralise the incredible London bias of the music press as effected... > Read more 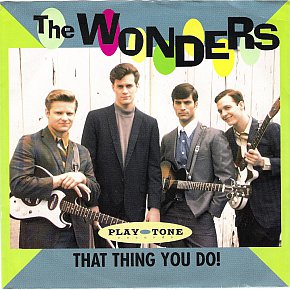 In his Grammy-grabbing career -- between Philadelphia, Forrest Gump, Apollo 13 and Saving Private Ryan, You've Got Mail and The Green Mile -- Tom Hanks did a small, cute, mostly inconsequential and slight pop movie, That Thing You Do! Clearly this story of an imaginary one-hit wonder pop group from Pennsylvania in '64 was something close to his heart. He wrote the story and directed the... > Read more