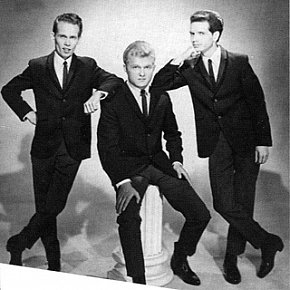 This should come with a consumer warning: It's one of those songs you wake up with nagging away in the back of your brain, the song you can't shake and sticks with you all day. So you have been warned. The Newbeats from Shreveport, Louisiana were never destined for greatness or longevity. There was only so much you could do after a novelty hit sung in an irritating falsetto. But they... > Read more

It's hard to believe, but a radio station in New Zealand -- which always seemed to be playing car dealer ads and 20 year old Led Zeppelin on the rare occasions I tuned in -- had as its slogan "No crap, no rap". We can guess they weren't actually distinguishing between the two but by implication rap was crap. It must have come as a shock to them when Run DMC covered Aerosmith's... > Read more 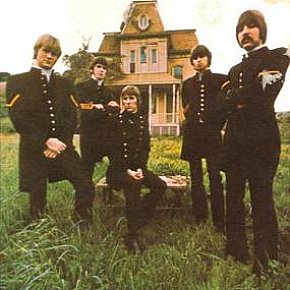 Because they are often offered the temptations of the flesh, musicians will inevitably write and sing about it. There are a lot of songs about sex, some of them rather coded. There's also a decent sized sub-genre of songs about the temptations of very young flesh. The Lovin' Spoonful's John Sebastian weighed in with the beautifully dreamy Younger Girl and you could draw a straight line from... > Read more

Acapulco in Mexico is widely known as a party destination for many Americans, but in Bob Dylan's Goin' to Acapulco -- which appeared on The Basement Tapes -- the mood is anything but celebratory, party-on-dude and joyous. Dylan and the Band drag their way through the lyrics as if the weight of the world was on their shoulders, and the idea of "goin' to have some fun" (in a Mexican... > Read more 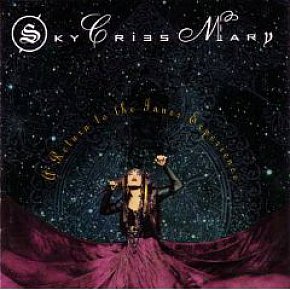 A tip? Eat your acid drop right now . . . and . . . and waiting and waiting and  . .. now? Shall we around this point try to be serious? Let us try.  At the same time as grunge was emerging in Seattle there were other things going on in that city, it wasn't all lumberjack shirts and flailing emotional intensity. The quite exceptional Green Pajamas were delivering... > Read more 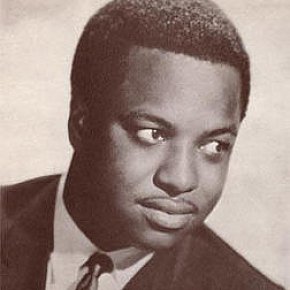 When the Beatles and the Stones covered songs by black American artists on their early albums and championed Motown soul (Beatles) and Chicago blues singers (Stones) they undoubtedly drew attention to the genius which many locals had overlooked. The Stones' early shows and albums were stacked with songs by Chuck Berry (Come On, their first single, and Down the Apiece, Around and... > Read more 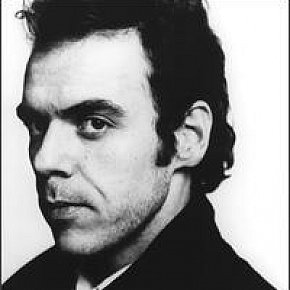 Songs of spousal abuse or domestic violence are never going to be pretty or common, in fact on a countback the most outstanding one prior to this by Hiatt was probably the gloomy and dark He Hit Me (It Felt Like a Kiss) written by Gerry Goffin and Carole King in the early Sixties. They'd heard from Little Eva (who'd had a chart hit with their The Locomotion in '62) that she was being beaten... > Read more 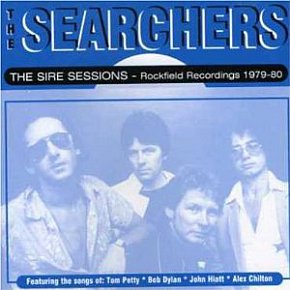 Despite the durability of Gerry and the Pacemakers' Ferry Cross the Mersey, there is little question that the most successful group out of Liverpool in the Sixties -- aside from that other one -- was the Searchers. In the wake of the Beatles there were a dozen or so bands who rode into the charts -- Gerry, The Big Three, Billy J Kramer and the Dakotas, not to mention evaporating acts like... > Read more 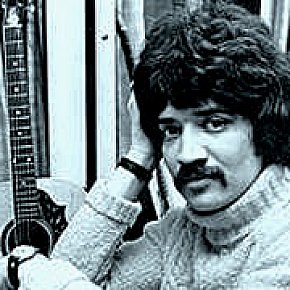 If people remember UK singer-songwriter Peter Sarstedt for anything at all it is his European-sounding ballad Where Do You Go to My Lovely? . . . and perhaps his summery follow-up One More Frozen Orange Juice. Both were hits in '69, the former winning him an Ivor Novello songwriting award. Sarstedt was the younger brother of Eden Kane -- he of Boys Cry fame -- and his other brothers... > Read more 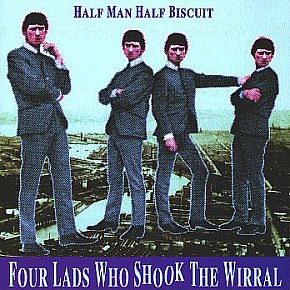 Never let it be said Elsewhere doesn't listen to its constituency. When the cry went up, "Why no Half man Half Biscuit at From the Vaults?" the solution was obvious. (The answer however is, because they're pretty awful -- but that's neither here nor there) For those who have lived happy and fulfilled lives in the absence of any knowledge of this often hilarious, satirical and... > Read more 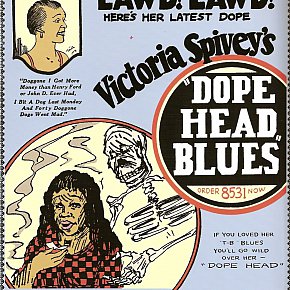 When Lou Reed took a bit of flak for writing about street life (drugs, hookers, transvestites) he just picked the wrong idiom. These topics were common enough in literature and pulp fiction, but new to rock music. Dope songs were certainly common in jazz and the blues -- in fact there has been a long tradition of singing about marijuana, cocaine and heroin. These drugs were familiar in the... > Read more 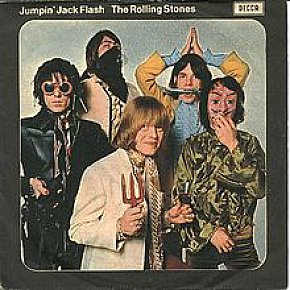 Although the Stones' psychedelic album Their Satanic Majesties Request of late '67 has taken a bad rap, they didn't entirely abandon the trippy sound even as they put it behind them and moved into a more blues-based rock for their next single Jumpin' Jack Flash and the album Beggar's Banquet (which had Street Fighting Man on it). They might have been toughening up -- spending hours in a... > Read more 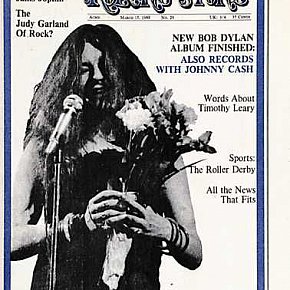 The great Janis Joplin has been dead for over four decades now but it would be fair to observe that no woman in rock has ever approached her deep understanding of the blues and earthy, powerful delivery . . . let alone her self-destructive approach to life. Yet she has been largely forgotten and, as this essay notes, no one seems in any mind to try to honour her legacy by reissues, unlike... > Read more

Outside of folk songs (eg this droll one), New Zealand has had no great history of name-checking local places in rock music. But back in 1959 Jack Urlwin of the Christchurch label Peak scribbled down some words and handed them to young singer Peter Lewis and his guitarist Pat Nihonihoni. The scribble didn't have a title but they were words to a song which name-checked Auckland (the Queen... > Read more 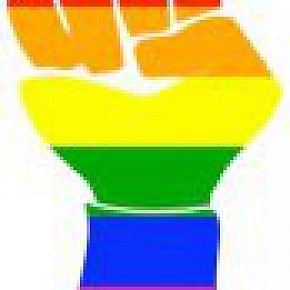 Who said the gay power movement lacked humour? Quite the opposite in fact, and humour is a powerful weapon. This one-off appeared on the Harvey Kubernick-curated double album English as a Second Language in 1983 on Freeway Records, another in his series of recordings of poets and spoken word artists from LA which included people like Jeffrey Lee Pierce, Wanda Coleman, Henry Rollins, Charles... > Read more 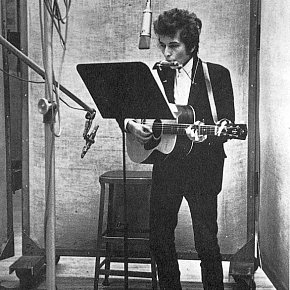 Although things would come to a literal grinding halt in mid '66 when he was tumbled from his motorcycle -- and he used the break to recover from emotional exhaustion after his lightspeed career of the previous four years -- in '65 Bob Dylan was still enjoying his position as the man who was taking folk and smart words into rock. During the sessions for what would become the Highway 61... > Read more 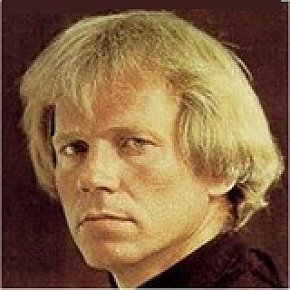 After his growling and apocalyptic version of PF Sloan's Eve of Destruction in '65 the former folkie Barry McGuire -- who had been in the New Christy Minstrels and had co-written their big hit Green Green -- was looking for new material to include on his second album. Producer Lou Adler lined up a number of covers -- the Beatles' Yesterday and Dylanesque You've Got to Hide Your Love Away,... > Read more 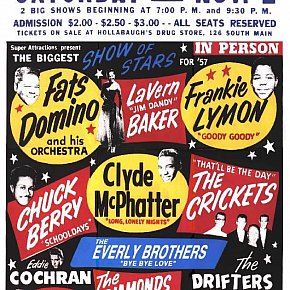 The sudden revival of Wanda Jackson's career - courtesy of Jack White and the album The Party Ain't Over in early 2011 -- has singled her out as a great female rock'n'roller at a time (the late Fifties) when she was out there on her own amongst all the boys. Not exactly true. There was also -- albeit briefly -- Janis Martin (whose hit My Boy Elvis she co-wrote with Aaron Schroeder... > Read more 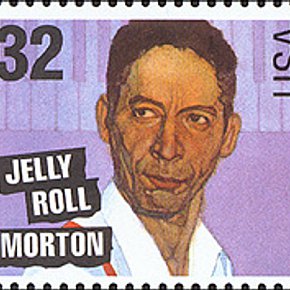 The origins of jazz are lost in the mists and of course few would be so bold as to say it started on any particular date. One who did however was pianist Jelly Roll Morton who claimed to have invented jazz and was even happy to give a date when asked. Morton was, like so many blues players at the time, not averse to borrowing and adapting from others then claiming them as his own --... > Read more 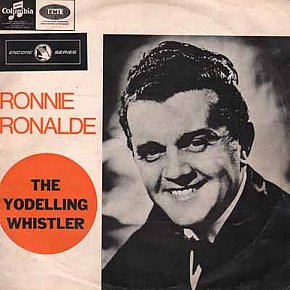 Roger Whittaker does it, and so does Bryan Ferry when he sings John Lennon's Jealous Guy. They whistle on stage, which isn't the easiest thing to do -- least of all if, as with Roxy Music playing in Auckland earlier this year, it's a breezy night and the wind is in your face. Whistling was once a commonplace and every now and again in the Eighties there would be letters to the New Zealand... > Read more