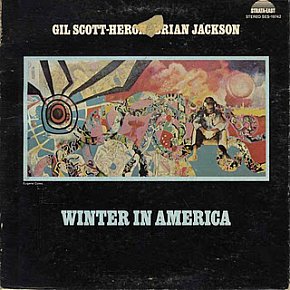 The great pre-rap, spoken word-cum-jazz-poet Gil Scott Heron is perhaps best known for his angry The Revolution Will Not Be Televised (see clip below) in which he assailed those uncommitted or comfortable blacks who seemed to be standing on the sideline while the streets ran red and Black Panthers had their fists raised. For him it was never "if" but "when" the people's... > Read more Among the many remarkable documentaries which American filmmaker Ken Burns has helmed (Jazz, Baseball, those on various architects) the most outstanding and compelling is perhaps his series The Civil War. To keep your attention over so many episodes was a feat in itself, but to do so with no moving footage -- just period stills -- was extraordinary. Of course the story being told --... > Read more 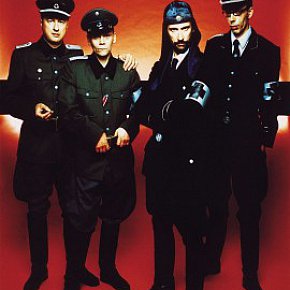 The Beatles might have been about "peace and bloody love" as a droll Ringo noted at the end of the Anthology DVD series. But in the hands of Laibach out of what we used to call Yugoslavia of the late Eighties, their music sounded like it was ready to invade Poland. Laibach -- in a thoroughly post-modern and ironic manner (and don't those words sound like cliches of that... > Read more 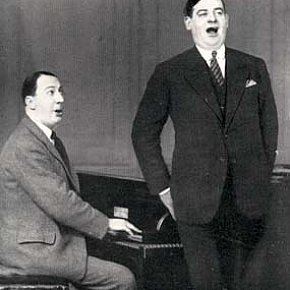 This is one of those songs which, once heard, is never forgotten: how can you ever erase lines like "seems this digger likes my figure" or "he being well-born, lived in Melbourne". Mr Flotsam and Mr Jetsam (not to be confused with the metal band of similar name, of course) were a UK-based comedy duo of the Twenties and Thirties. Flotsam was Bentley Collingwood Hilliam... > Read more 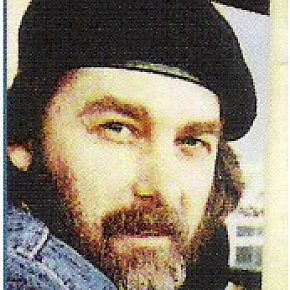 The reissue of some early Seventies recordings by New Zealand folk-blues singer-songwriter Thompson allowed us to hear again one of the great lost musicians of that era. Thompson's broad spectrum folk style in that period incorporated Indian music influences and black rural blues -- but later on he also delivered a fairly droll line in Kiwiana . . . as with this song, written in that... > Read more 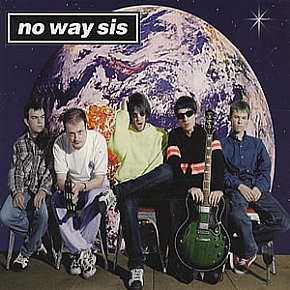 For the Oasis tribute band No Way Sis their work was done for them: Oasis were notorious for borrowing/plagiarising/thieving melodies which songwriter Noel Gallagher cheeerfully admitted -- and their song Shakermaker owed more than a nod to the Greenaway-Cook song I'd Like to Teach the World to Sing (a hit for the New Seekers and also used as the ad I'd Like to Buy the World a Coke). The... > Read more 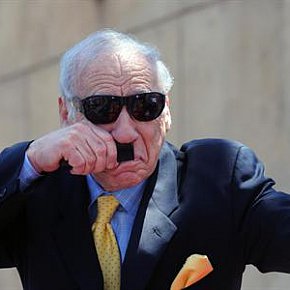 Very few people -- and arguably only Jewish comedians? -- can get away with making fun of Hitler and the Nazis. Mel Brooks has been relentless in his ridicule which some find tasteless and others say is a necessary corrective. Whichever way you cut it, it is dark humour which Brooks makes seem genuinely funny. By way of comparison, is this as funny? (Actually, in a different way it is.)... > Read more 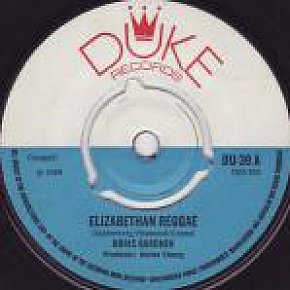 Long before the Reggae Philharmonic Orchestra of the late Eighties/early Nineties, Jamaican musicians were appropriating classical music and turning it around over ska and reggae rhythms. The provenance of this particular hit is perhaps a little muddied: it is variously attributed to (singer/bassist) Boris Gardiner of the Upsetters, and also to producer Byron Lee and his studio band the... > Read more 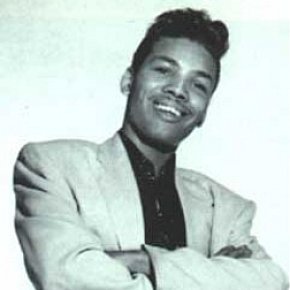 R'n'b/rock'n'roll singer-songwriter Williams didn't have a particularly long time in the spotlight -- he appeared in '57 and was effectively gone from the charts within three years -- but his small catalogue influenced a generation of British singers, among them John Lennon who was a huge fan. In fact the Beatles covered three Williams' songs in their early career -- Bad Boy, Dizzy Miss... > Read more 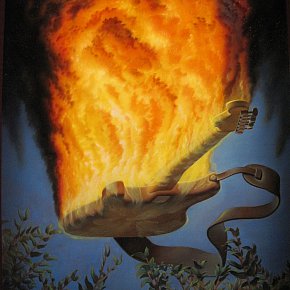 This band -- who later shortened their name and became simply "Chicago" -- have appeared at Elsewhere previously with their thunderous and extended version of the old Spencer Davis Group hit I'm a Man (here). The point was made then that after a fine start as an underground and somewhat radical band -- their debut double album from which this and I'm a Man come from had recordings... > Read more 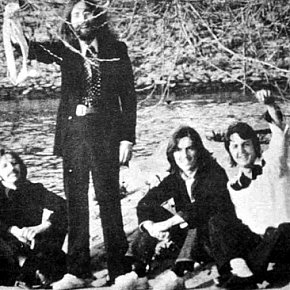 The 2009 remastering of the Beatles' catalogue allowed listeners not only the chance to reassess their sound, but also the breadth of their musical reach. Here was a band which created great pop, beautiful ballads, economic psychedalia (Strawberry Fields, Walrus, Lucy in the Sky and others barely broke the 4.00 mark), raga pop and had a sense of humour. How few bands today would dare do... > Read more 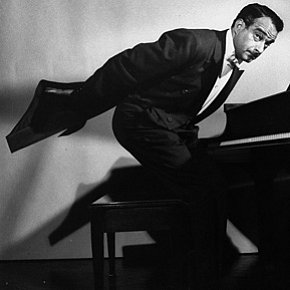 Denmark-born pianist Victor Borge was a child prodigy who could have had a distinguished career playing concert halls. Fortunately for us he chose another direction. Born to Jewish parents in 1909, he studied and played the classics, but in his late teens began adding stand-up comedy to his repertoire. He married an American (Elsie Chilton) in 1933 and when the Nazis invaded Denmark they... > Read more 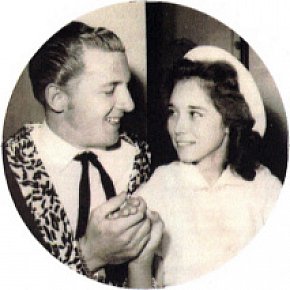 When Jerry Lee Lewis arrived in Britain in May 1958 the rock'n'roll crown was his for the taking. He was the wildman at the piano with crazy stacked-up hair, had delivered seminal, sweat-inducing hits with Whole Lotta Shakin' and Great Balls of Fire, and he was repressed sex personified and unleashed. He may have been a country boy at heart but he was the pulse of rock'n'roll. Britain was... > Read more 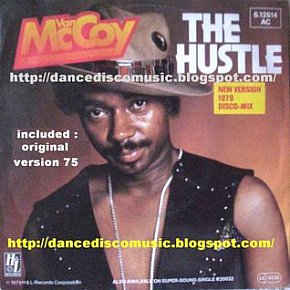 So how long does it take to write a song? James Taylor says he wrote Steamroller Blues in as long as it took to scribble the words down, but maybe that doesn't really count -- especially if you've heard Steamroller Blues. If you look at the credits on some current r'n'b songs and see the artist's name alongside that of the four producers (and the lyrics are "oh baby, give it up... > Read more 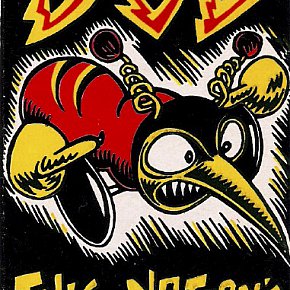 It was a good idea at the time which turned into an even better one: follow the story of band playing its first public gig from their rehearsal room to that moment under the lights . . . or in this case on the grubby "stage" at the Rising Sun Hotel in Auckland. And by sheer chance -- and I cannot remember who suggested This Nation's Dreaming -- the people we picked were... > Read more 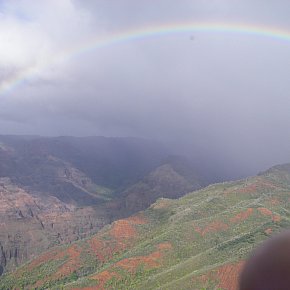 The idea of "possessing" your lover isn't a pleasant thought these days: the subtext is spousal abuse, just plain creepy stuff and not a few killings you read about on page five. But there are a few songs where that idea of possessive passion has a wistful, oddly lost and sympathetic quality on the part of the singer. At one end it is someone asking Ruby not to take her love to... > Read more 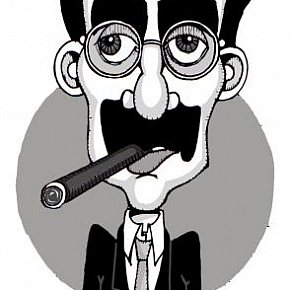 The great Groucho has been so often copied (Alan Alda, Welcome Back Kotter etc) and parodied down the decades we forget how irreverent he was in his day. By the time of this recording however he was an old man and just five years away from his death at 86. Yet remarkably he undertook this stand-up show at Carnegie Hall and other venues where he told anecdotes (TS Eliot, Laurence Olivier and... > Read more 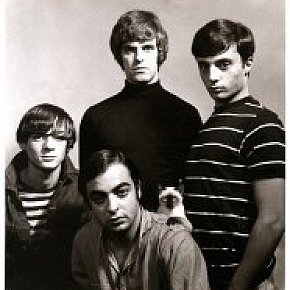 Pub quiz time: Which four-piece Sixties group quickly became adept at wrting their own material, built a local following, eventually appeared on the Ed Sullivan Show, hung out with the Byrds in Hollywood, listened to Indian music . . . and played their final concert at Candlestick Park in San Francisco on August 29, 1966 before a crowd of 55,000. Easy as, huh? It is of course, the... > Read more 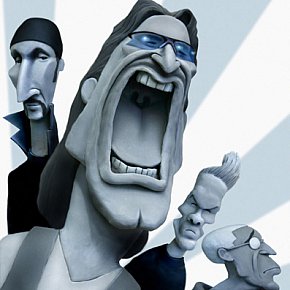 U2 may have reverted to musical type with stadium anthems and those long chiming chords which roll towards singalong or bellicose choruses, but around the time of Achtung Baby and Zooropa they were a genuinely innovative band. And much of the music of that period lent itself to remixing and mashing.  Their fan magazine Propaganda issued a nine song remix collection in '95 entitled Melon... > Read more 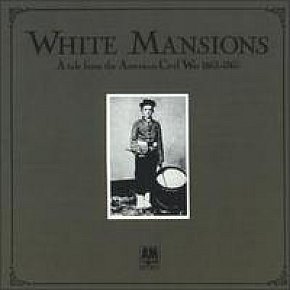 Melody Maker was blunt about the country music concept album White Mansions on its release in '78: "A dilemma -- on the one hand we have some exceptionally good music; on the other, a project of doubtful worth". Because White Mansions -- which featured Jessi Colter and her husband Waylon Jennings, John Dillon and Steve Cash with stellar help from Eric Clapton, Bernie Leadon, Henry... > Read more