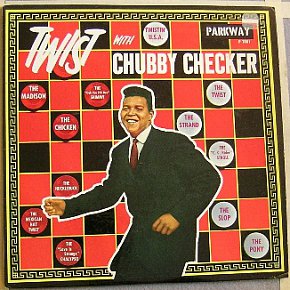 It's entirely possible Chubby Checker knew his time was up when Parkway released his album Twist with Chubby Checker. On the back cover he looks alarmed. Maybe he'd seen the inner sleeve where five other of his Twist albums were advertised -- Your Twist Party with the King of Twist Chubby Checker, Don't Knock the Twist, Let's Twist Again, For Teen Twisters Only ("Adults Twist at Your... > Read more 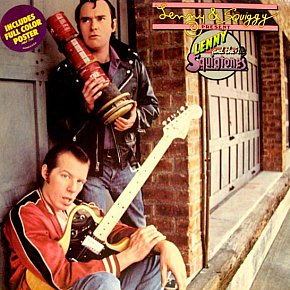 You don't dig into From the Vaults looking for good taste or class, but you do find oddities like this which resonates on many levels throughout rock culture. Lenny and Squiggy were the dumbcluck characters in the television show Laverne and Shirley and had very little to recommend them as on-screen characters. They were hammy klutzes who were given terrible lines to deliver. So far, so... > Read more 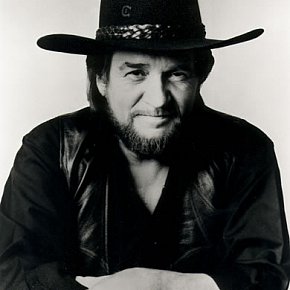 Just from the repeated electric strum here, Waylon Jennings was announcing a different kind of country music: and its minimal sound threw even greater attention on his lyrics which questioned the whole country music establishment as epitomised by the smooth Nashville Sound, the Grand Ole Opry and the Music Row writers cranking out generic songs. Long hairs and post-hippies had started to... > Read more 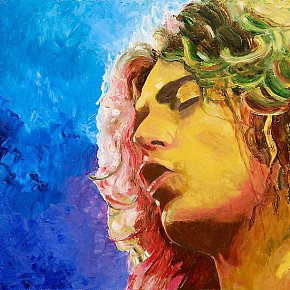 When the unexpected, Grammy-grabbing album Raising Sand by Robert Plant and Alison Krauss arrived, it reminded many of what a great interpretive singer Plant could be outside of his throat-abusing belting in Led Zeppelin. Even within the mighty Zepp however he offered some exceptional interpretations (Gallows Pole stands out). Well before Raising Sand however, he appeared on a tribute to... > Read more 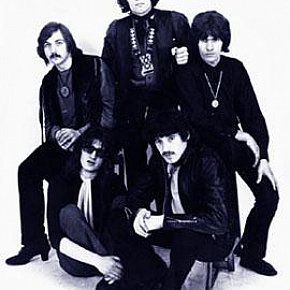 Among the many unusual things about the story of the Ugly's is why a band (with an unnecessary apostrophe?) from Birmingham should have enjoyed a huge hit in Australia and New Zealand with this song, and not made a ripple back home. The Ugly's had emerged from the Dominettes which had been caught up in the skiffle boom of the late Fifties. But as they embraced r'n'b and had new members... > Read more 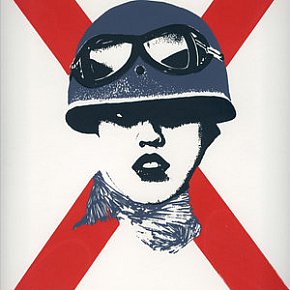 The recent death of Poly Styrene threw attention back onto her short career in the often interesting band X-Ray Specs where she was more adept at social comment than many of her phlegmatic punk peers. That was a trait she explored on her final if somewhat indifferent album also, Generation Indigo. One of X-Ray Specs' most memorable songs was the monotone Germ Free Adolescents and it is... > Read more 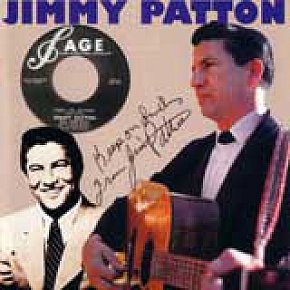 Jimmy Patton (1931-89) was never really a rockabilly singer although this, his biggest hit, was certainly a rave-up in that style. But Patton's heart had always been in hillbilly country, right up until Elvis came along. Like so many others he grabbed a backbeat and made the shift sideways into rock'n'roll, and specifically the rockabilly end of it. For Okies in the Pokey he had help... > Read more 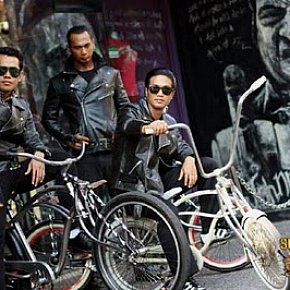 Those who head to Bali for some r'n'r and an escape from stress (as I did, see here) will probably come back with the memory of quiet ambient gamelan music which drifted from speakers in the restaurant or by the pool. Lovely. There is however a whole lot of other music in Bali, not the least of it coming from this long-running post-punk trio whose rock credentials probably aren't... > Read more 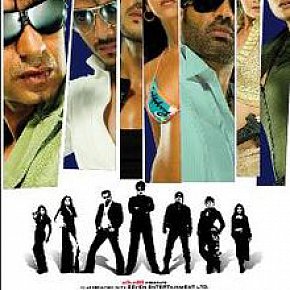 More scenes from the global village? While walking through Kuala Lumpur's Little India I heard this track rocking out of the speakers in a small record shop. I was transfixed: urban, English language in place, Hindi in others, samples from car horns, block rockin' beats, rock guitars, hip-hop in the house . . . As it turned out this was from the soundtrack to a Bollywood blockbuster... > Read more 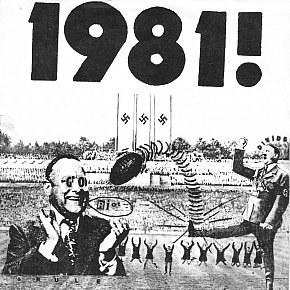 New Zealand has no great popular history of topical, political songs -- and the few that there are tend toward the humorous (My Old Man's An All Black with its reference to no Maori being allowed into South Africa in our representative rugby team during the apartheid era, or Click Go The Toll Gates about tolls on the newly constructed Auckland Harbour Bridge). Perhaps it is because folk... > Read more 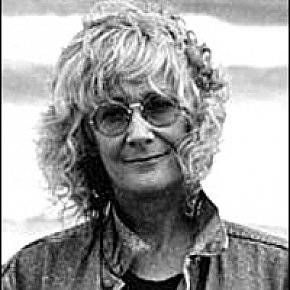 Today -- Friday July 22, 2011 -- being New Zeaand National Poetry Day it seems only right we should acknowledge it. It would be easy to go to the collection Contemporary New Zealand Poets in Performance for some Very Serious Poetics or link back to our particular favourite Selina Tusitala Marsh, but this being Elsewhere -- the place where music is important -- this one by Cilla McQueen... > Read more 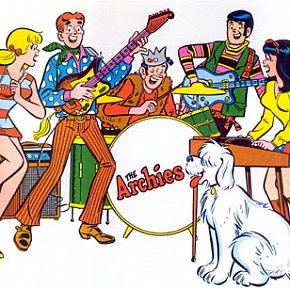 Okay, it's irritating rot-your-teeth bubblegum . . . but wait, there is more to this than you might think -- and remember it came out in the year of Altamont, Hendrix, the Manson murders and so on. The Archies weren't a proper group of course, they were actually singer Ron Dante, session musicians and the great Toni Wine (more of her shortly). At the time this song was selling millions,... > Read more 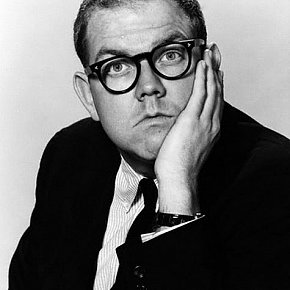 Because a parody only works if you know the original it might be useful to check out the video clip here (kinda cute in its own way) before playing American comedian Freberg's poke at it. The original of Rock Island Line was by Leadbelly in the Thirties but Donegan's version of 1955 was emblematic of the skiffle era in Britain where young white guys with acoustic guitars, home made... > Read more 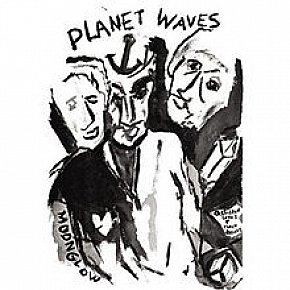 While flicking the pages of a rock magazine the other day I came on an interview with a young musician who cited among his current favourite listening Bob Dylan's Planet Waves. When that album was released it was met with polite but hardly laudatory reviews, and even the enormously successful and highly profitable tour with the Band (Dylan's first since '66 during which many of the... > Read more 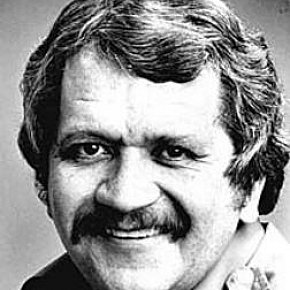 Aside from songs about dance crazes, the most immediately redundant songs in popular music are those which attach themselves to a political cause. Times change quickly and today's patriotic or revolutionary song can just sound plain quaint if not simplistic within a year or two. And because political songs can't deal in nuance or contradiction, they tend to be little more than slogans . . .... > Read more 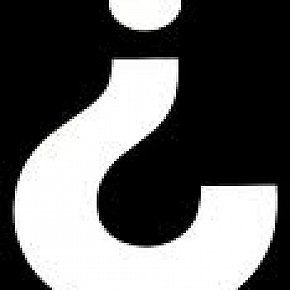 Here is a real mystery single: on the Narrow Way Gospel "label" out of Jamaica (crudely hand-printed, with a quote from Isaiah) comes this oddity which is clearly Jamaican singers but has a peculiar Pacific feel to it in the guitars. Another one-off bought in Brixton just simply because it sounds so good -- but whoever Mr and Mrs Mattis are might remain unknown . . . unless you... > Read more 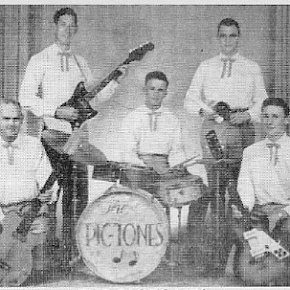 Not a lot is known about New Zealand's Pictones out of Levin, an instrumental group who delivered a nice line in country'n'western rock'n'roll on their 1961 single Pistol Packin' Mama which opened with galloping hooves, a whip cracking and a whinny. (The flipside of which was My Bonnie, recorded around the same time as the Beatles did it in Hamburg.) Unusually however, they named this... > Read more 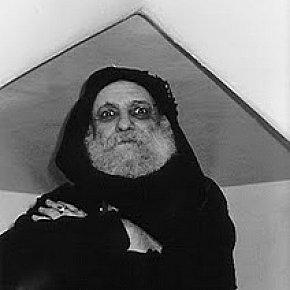 The late poet/filmmaker and documentarian Ira Cohen (who died in April 2011 age 76), was one of those rare voices from that co-joining of the Beat Generation of the Fifties and the Sixties counter-culture. He lived for many years in North Africa and India where he sampled the earthly and esoteric delights, and raised his consciousness through spiritual ceremonies and mind altering... > Read more 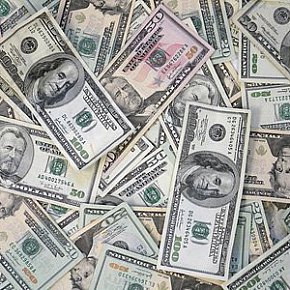 An artist, sportsperson or public figure who doesn't accept, let alone solicit, corporate money these days is a rarity, possibly even considered somewhat odd -- and maybe even suspect. But back when people like Michael Jackson and Madonna were lining up for Pepsi/Coke dollars and rap stars were schilling for shoes, Neil Young stepped out and said, "Ain't singin' for Pepsi, ain't singin'... > Read more 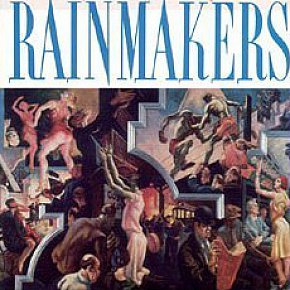 Bob Walkenhorst of Kansas City's Rainmakers had a good line about his fellow Americans' willingness to get out of it. "The generation that would change the world is still looking for its car keys." The smart line came from the song Drinkin' on the Job off the band's self-titled, major label album in '86 ("Everybody's drunk, everybody's wasted, everybody's stoned and... > Read more