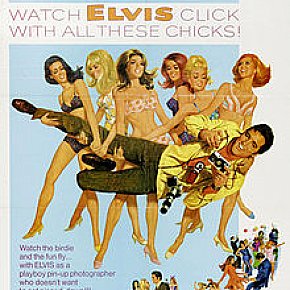 By the time Elvis Presley's execrable film Live a Little Love a Little – he plays a photographer/Lothario – was released in '68 he was a man rendered irrelevant by the rapidly changing times. The film attempted to get hip more than a year on from the Summer of Love and Sgt Peppers. While some people were tuning in, turning on and dropping out, Elvis was still doing his... > Read more 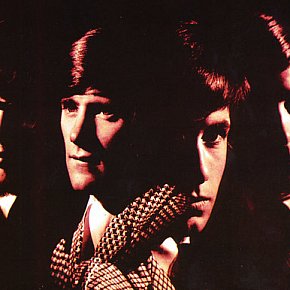 Warwick Freeman's useful book New Zealand Top 20 Singles of the Sixties confirms – using his formula – that Wellington's Avengers were one of the most successful bands of the decade. They charted five top 10 singles, among them the number two hit Love Hate Revenge, and using Freeman's ranking system were one of only four local acts in the top 50 of the Sixties. With... > Read more 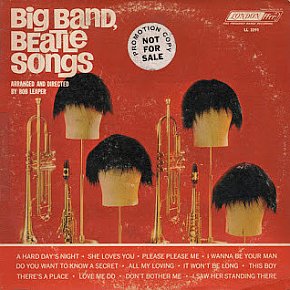 It's not easy to find out anything about the British jazz arranger and big band leader Bob Leaper, other than he did the music for a couple of (awful-sounding) sitcoms in the late Sixties/early Seventies which starred the likes of Jimmy Edwards and doubtless involved catch-phrases. But what we can say on the basis of his album Big Band, Beatle Songs on the London label was that he was... > Read more On November 10, 2016, the great Italian  composer Ennio Morricone will be 88 and celebrating the day with his wife of 50 years. Both of those are remarkable achievements, and so is the breadth of his music career. Perhaps best known for his distinctive soundtracks to Sergio Leone's spaghetti Westerns of the Sixties -- by coincidence they were in the same class at primary school --... > Read more 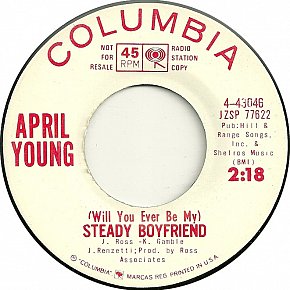 It's one of those factoid which floated into Elsewhere's orbit: a survey which found that only three percent of songs in the American charts in the Fifties were about sex. By the Seventies the figure had risen to 40 percent and in 2009 it was 92 percent. We can't vouch for any of this – it rather depends on how you define “sex”, if nothing else – but we could... > Read more 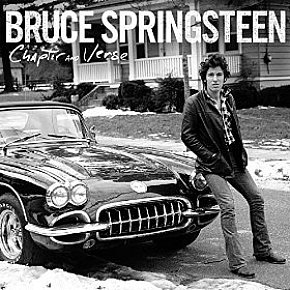 If Bob Dylan accepts his Nobel Prize for Literature (and at the time of writing he still has made no comment) then it is just another award to be added to a long list. At some point it might be useful to also acknowledge his services to marketing of music. With his Biograph five-record compilation in '85 he virtually invented the idea of a box set (it contained unreleased material... > Read more 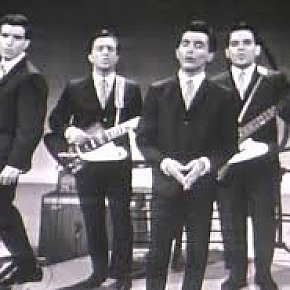 Quite where Frankie Valli's solo career emerged separate to the Four Season's discography is hard to discern. Before and during the Four Seasons era of the early Sixties he appeared simply as a member of the band, sometimes they were billed as Frankie Valli and the Four Seasons and even when singles appeared under just his own name there were frequently various Seasons on the session.... > Read more 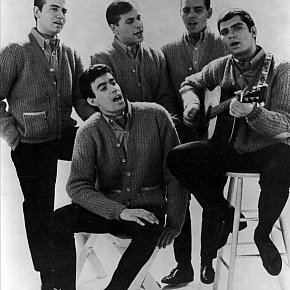 Although they hit their peak when the American bands fought back against the British Invasion in the mid Sixties, Jay and the Americans always seemed like a band from an earlier era with their big ballad hit Cara Mia.  In fact they were, they'd been around since the late Fifites in some form or other and their sound was rooted in Italian ballads and the close harmony style of the Four... > Read more Elsewhere has frequently written unapologetically about the thrill of garageband rock'n'roll from the likes of Dead Moon, the Seeds, early Troggs, the Sonics, Paul Revere and the Raiders, the Standells and all those groups on the famous Nuggets collection (and its various spinoffs). The joy of garageband rock'n'roll is it rarely springs surprises -- it's cheaply realised, fast pop with... > Read more 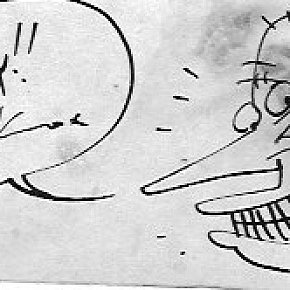 Eddie Vedder, Neil and Liam Finn: Not Given Lightly (2009)

After Chris Knox suffered his massive stroke in June 2009, there was an understandable outpouring of support from friends and fellow travellers who knew him, although it's fair to say not many understood just how debilitating and on-going that event in his life would be. It changed everything. Everything, for him and his family and those closest to him. As with a divorce or... > Read more 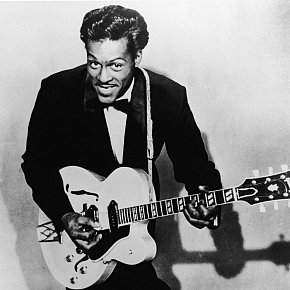 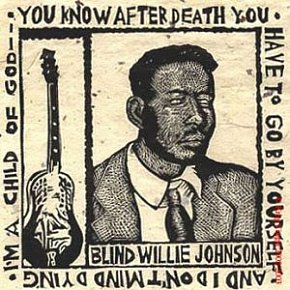 Last year as part of a short series on blues artists we profiled the remarkable Blind Willie Johnson whose music is out there in the endless cosmos on board Voyager 1. Johnson possessed an astonishing voice, full of the pains of sin, the hope for redemption and an earthiness which seemed to come from the soil beneath his feet. The piece -- one of only a couple of dozen songs he recorded... > Read more 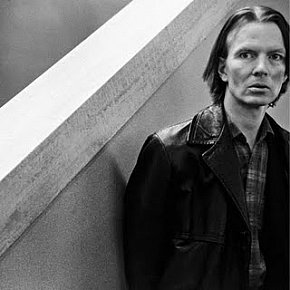 When Jim Carroll died in September 2009 at age 60, it went largely unnoticed by the rock culture which had once embraced him, and had spoken about this New York poet-turned-singer in the same breath as Patti Smith and Lou Reed. Carroll's rock career was admittedly short -- a few albums in the early Eighties and little else -- but his literary life was fascinating. And well known to the... > Read more In our recent interview with Brian Wilson of the Beach Boys on the occasion of the 50th anniversary of their classic Pet Sounds album, we noted that while accepting he was the genius in the band he also needed the other Beach Boys at that time. Various members of the famous Wrecking Crew may have provided the instrumental backings and helped Wilson realise his expansive vision of cosmic... > Read more 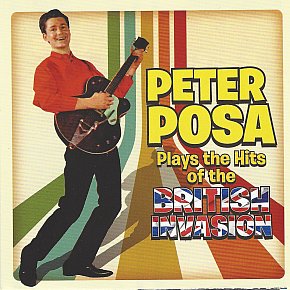 The sheer pervasiveness of the British Invasion in the early Sixties is wel illusrtated in the catalogue of New Zealand guitarist Peter Posa. Posa first emerged in the late Fifites with his distinctive sound and scored his first hit with Wheels in '61. But he is best known for his one-take classic White Rabbit of '63 and throughout the decade he toured with the likes of Dinah Lee as well as... > Read more 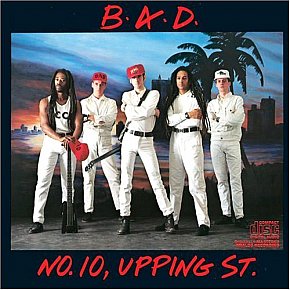 Right now with Britons poised to vote on their membership of the EU it seems that at some level nationalist sentiment is reaching its nexus. For many this won't be a vote on economic realities but rather something more simple if not base: Immigration. It is a hot-button topic and brings out al the usual cliches ("Coming over here and taking our jobs" and "We can't afford... > Read more

From the moment of its release, the Led Zeppelin debut album in '69 gathered as much controversy as it did praise -- and indifference from many American reviewers who just heard the bombastic crunch. Those who knew their blues were angered that after decades of being denied their rightful place, many black artists were once more ripped off and went uncredited on this album which drew... > Read more When the late Ian Dury appeared on Radio 4's Desert Island Discs it was no surprise that he would pick a song by Fifties rock'n'roller Gene Vincent. The surprise was the song he chose as one of the eight to take to some isolated place. Dury -- who wrote the terrific tribute Sweet Gene Vincent -- hah had his life turned around when he heard Vincent in the film The Girl Can't Help It.... > Read more 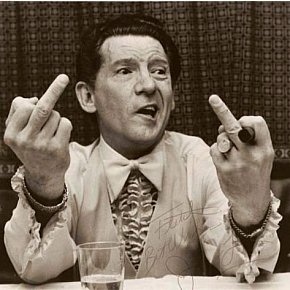 By the end of 1967, Jerry Lee Lewis, one of the greatest -- and certainly the most outrageous -- stars of the rock'n'roll era was washed up. The times had changed. It was the world of peace and love and marijuana, a bad fit for a man tormented to his soul by Satan and booze . . .  but that wasn't it. His career had been a series of self-inflicted wounds, not the least when he -- at... > Read more If the New Zealand Music Awards had a category for best reissue or best best archival release, the exceptional double vinyl The Way In Is The Way Out would be a shoe-in. Subtitled "The Music of Murray McNabb", this lavishly presented collection pulls together an impressive cross-section of jazz and improvised music by the late keyboard player/composer, most of it previously... > Read more