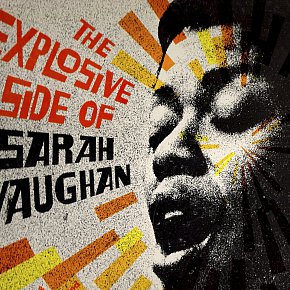 Some very serious jazz people don't take British pianist/singer Jamie Cullum very seriously. They point out he also sings pop, his repertoire includes songs by the White Stripes and hip-hop artists and . . . All the usual accusations. Like Herbie Hancock doesn't draw from contemporary music? And what of Coltrane using My Favourite Things as a vehicle? Cullum gets a mention here... > Read more 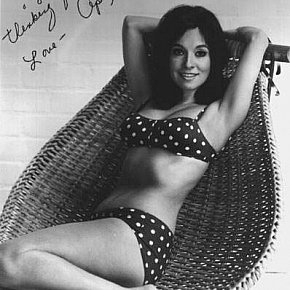 Singer April Stevens found great fame when she teamed up with her brother, the producer/writer/singer Nino Tempo for their early Sixties hit Deep Purple. But before that she had briefly enjoyed a solo career in the early Fifties until her married lover decided he didn't like to see her in the spotlight. When the relationship foundered in the late Fifties however she began something of a... > Read more 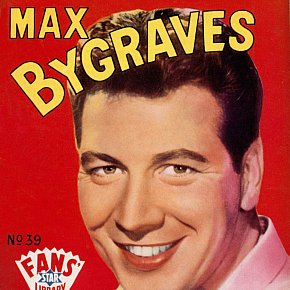 When George Harrison was interviewed for the Beatles’ Anthology he spoke about the songs he heard in his childhood which somehow influenced him, and the other Beatles. These days you get the impression from interviews with musicians that they were always incredibly hip and into something that no one else was . . . but Harrison was refreshingly candid when he said, “I... > Read more 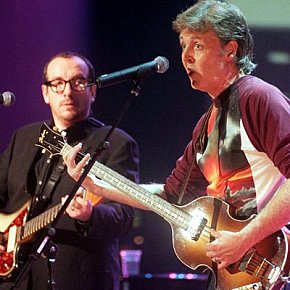 Elsewhere recently essayed at length the expended reissue of Paul McCartney's album Flowers in the Dirt from 1989, the album the returned him to critical favour after many lesser albums in the previous decade. In part that was because McCartney spent more care and attention on the songs, and also invited Elvis Costello to come to his writing studio in Sussex to see if they could work with... > Read more 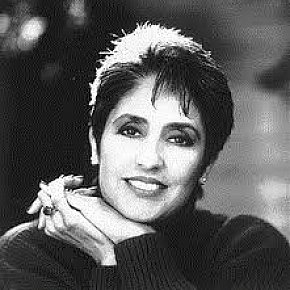 Recent Rock and Roll Hall of Fame inductee Joan Baez has written very few original songs but after her painful separation in '73 from her activist husband David Harris – who had been imprisoned for refusing to be drafted into the army – she raised their son Gabriel who mostly lived with her. In the Eighties Gabe, as he was known and is now drummer in her touring band,... > Read more 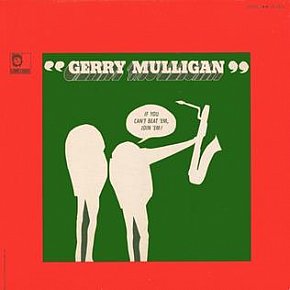 By the mid Sixties the once-popular jazz had been pushed to the margins of mainstream interest by the arrival of pop culture in the form the Beatles, the British Invasion and then the American response of the Turtles, Byrds and many other bands. And of course by Bob Dylan whose literary sensibilities and political subtexts proved that popular music could be about something more than... > Read more 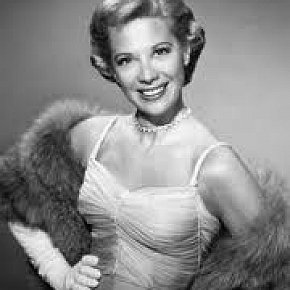 Here's a pub quiz question for you: What was so remarkable about the song The Gypsy in the year 1946? And the answer isn't that it's sentimental pop. That was an odd year in American popular music. The war had just ended and people went back to work, including the musicians who had been on strike until late '44. But you'd have to also say there was no great... > Read more 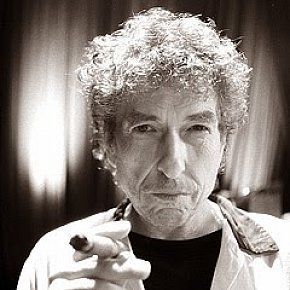 Given the breadth and depth of his catalogue – even if we remove maybe 60 percent of the sentimental journeyman tripe – Sir James Paul McCartney deserved a much more interesting and digressive tribute than the mostly mundane double disc Art of McCartney of 2014. Despite the stellar line-up, many of the artists simply played Paul at his own game (using McCartney's touring... > Read more 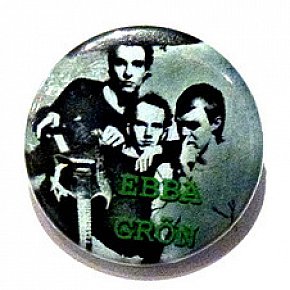 The regular postings at From the Vaults have previously picked up this punk band from Sweden and although their single Scheisse in '81 went higher on the local charts (to number three) this is perhaps the song they are most known for. It is a furious tirade against capitalism and corporations, and they certainly seemed to be in the vanguard of something in conservative and state-controlled... > Read more 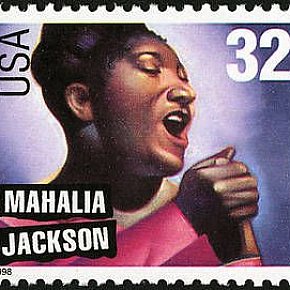 Although widely recognised as the greatest of all American gospel singers and a prominent civil rights activist, Mahalia Jackson (1911 - 72) also flirted with some crossover chart success. Her mentor and main songwriter was Thomas A Dorsey who found salvation after recovering from an illness. He left behind the juke joints and rent parties and in 1930 started to write gospel songs, among... > Read more 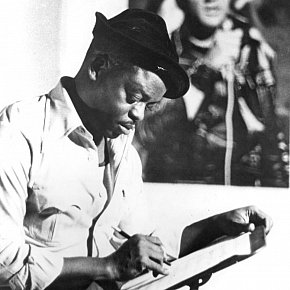 Otis Blackwell is best known as a songwriter, and he was one the most prominent and best in the rock'n'roll era. Among his classics were Fever, All Shook Up, Don't Be Cruel, Great Balls of Fire, Return to Sender . . .  But he was, at the start of his career, a performer himself and the slinky Daddy Rollin' Stone was his single which influenced the likes of Leiber and Stoller.... > Read more 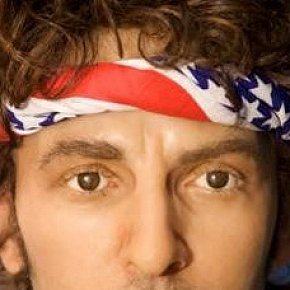 More correctly this should be attributed to "artist unknown" but this bent cover appeared on an SST album from the late Eighties of which I only have a test pressing. Others on it are Revolution 409 doing the Osmonds' Crazy Horses, Celebrity Skin (Abba's SOS), I Love You (Burning' Love), Chemical People (It's Not Unusual) and so on. The biggest names are Sonic Youth and Das... > Read more 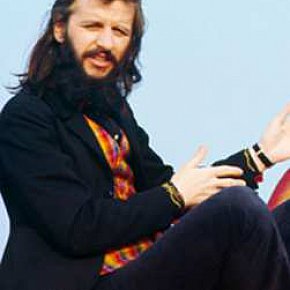 It was one of the great ironies that after the Beatles broke up the solo careers of the songwriters Lennon and McCartney languished for a while, and that George Harrison unleashed the phenomenally successful All Things Must Pass triple album (with the chart-topper My Sweet Lord) But the most succesful solo Beatle was -- and here's the real irony -- the drummer who wasn't much cop as a... > Read more 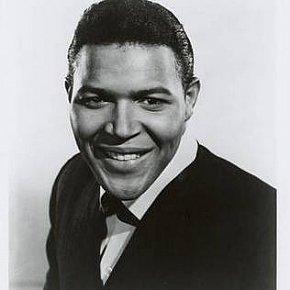 Poor Chubby Checker. In thge popular imagination andf the history books he is forever associated with the early Sixties dance craze the Twist. In a sense he also only had himself to blame. After his letter perfect cover of  Hank Ballard's '58 flipside The Twist in '60, the former chicken plucker from Philadelphia rode the twist train for all it was worth. He recorded L:et's Twist Again... > Read more 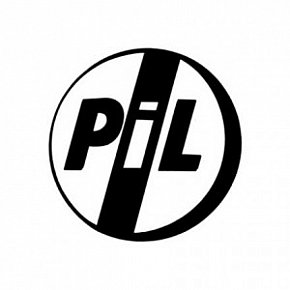 Described by Peter Shapiro in Turn the Beat Around; The Secret History of Disco as "perhaps the most uncompromising record ever to make the Top 20 chart [in Britain]" this extraordinary piece is not just musically demanding but is also John Lydon dealing with the death of his mother -- in a warped dance/disco song. Curiously this extraordinary, cathartic and emotionally bruising... > Read more 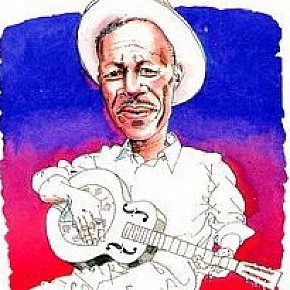 By 1964 when the British blues explosion was starting to take off, the great and tetchy Son House was living in retirement and spent most of days drinking. He hadn't played much since his friend Willie Brown had died more than a decade previous. He'd preached some but mostly got drunk, he hadn't played guitar in five years. But when his sessions from some 20 years previous were reissued... > Read more 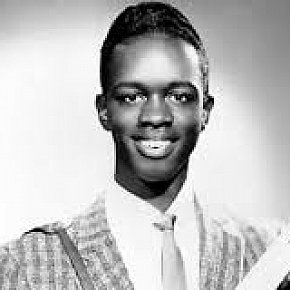 It's become common to hail Fifties out-there guitarists like surf king Dick Dale, Link Wray and others . . . but the man who became the great Johnny "Guitar" Watson has been somewhat sidelined. In the mid-to-late Seventies this journeyman -- who had done the hard roads with Little Richard, the wonderful rock'n'roll/soul shouter Larry Williams, Johnny Otis and many other greats --... > Read more 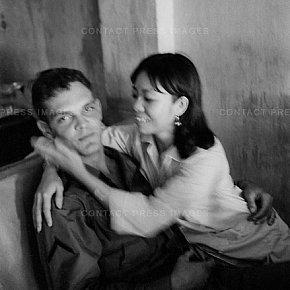 Anyone who has watched Armed Forces television broadcast to American military personnel abroad -- often conclaves of very young men and women on bases which are like gated communities with all the home-comfort US amentities from grocery stores selling candy bars to movie theatres screening the recent Hollywood movies -- will recognise the veiled fear and warning behind this song. The... > Read more 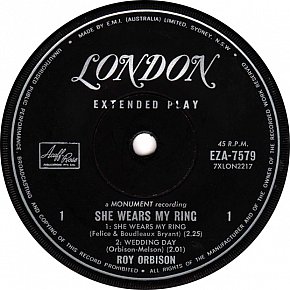 If anyone could have the operatic reach for She Wears My Ring it was the big-voiced Solomon King who scored a hit with it in 1968. Trained as a cantor, King was a balladeer of the old style (although his Happy Again is hilarious, you could imagine Groucho Marx dancing along like a demented puppet). Elvis also covered the song in '73. Neither were the first to undertake it, and in... > Read more 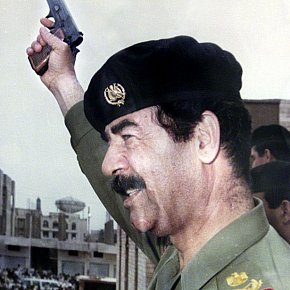 War is good for business (if you are part of the military-industrial complex), but also a fine time for stay-at-home patriots to get bellicose . . . among them songwriters who can reduce heroism to cliches and danger to duty. When Saddam Hussein invaded Kuwait in '90 the American songs about it came thick and fast. Sometimes pretty thick. There was Penny Gilley's Line Drawn in the... > Read more