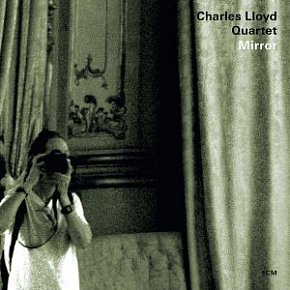 Anyone who has seen this extraordinary quartet recently -- they played in New Zealand earlier this year, Lloyd interviewed here -- will need not further prodding on this album other than to know it is released, the first studio album by this line-up. These tunes -- many of them familiar in their concert repertoire and from previous albums (I Fall in Love Too Easily) -- were recorded in the... > Read more 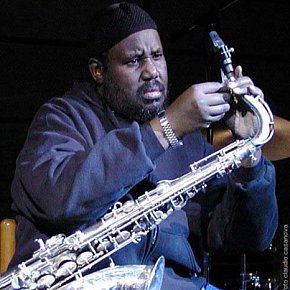 When the histories of jazz in the 20th century are published one name from the last two decades could loom unnaturally large: Wynton Marsalis. In some books he'll be hailed as the man who saved jazz from factionalism, commercial isolation and the like. In others he'll be the revisionist who used unquestionable talent, persuasive intellect and immense personal charm to marginalise... > Read more 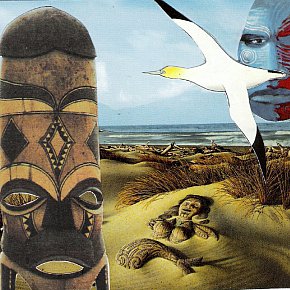 Any honest longtime observer of local jazz would say that right now it’s moribund, the patient has no discernible pulse. Sure some musicians would argue otherwise. But they would say that, wouldn’t they? Graybeards like me -- people engaged by local jazz and improv.music for over three decades, and aware of the decades previous -- despair when most nz.jazz CDs arrive:... > Read more

Superbrew: In Out and Around 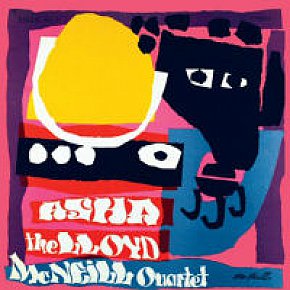 Jazz flautist Lloyd McNeill lived the kind of life only possible in his era: he counted among his friends in the Sixties and Seventies Pablo Picasso (when they both lived in the south of France, McNeill also being a painter), jazz musicians such as Cecil McBee and Ron Carter, singer Nina Simone and many in the Civil Rights movement. He spent time as a Navy reservist, was well-traveled... > Read more

Lloyd McNeill: As a Matter of Fact 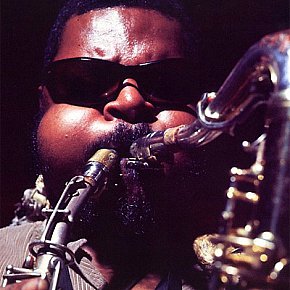 Nobody talks about Rahsaan Roland Kirk much anymore. Maybe it’s because his recording career was too erratic, maybe because this sometimes fright-inducing multi-instrumentalist (literally, he could play three saxophones simultaneously) went kinda strange from time to time. You know what some listeners are like – they are dullards who like things linear and consistent. Guys like... > Read more 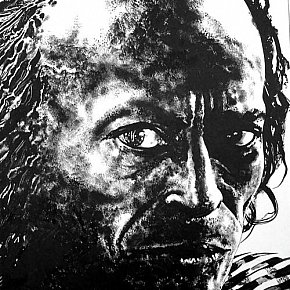 It was probably about lunchtime in New York, but here in Auckland it was 4.30 am on a grim and watery Tuesday, hardly the best time to do a phone interview. Certainly not this prearranged caller to the man known as the Prince of Darkness and who has been known to open his end of the conversation with a terse “Don’t ask me no stupid questions man.” But with a quick press of... > Read more 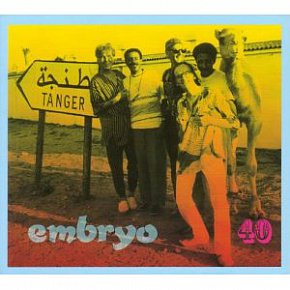 Might as well confess, until a fortnight ago I had never heard of Embryo at any point in their 40 year career -- but they are already well on their way to becoming my new favourite German jazz-rock ensemble. From my reading of the impressive booklet which comes with this double disc they should have been across everyone's sightlines at some stage: they played straight after Hendrix at his... > Read more 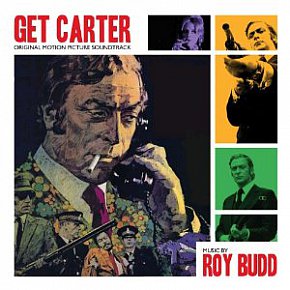 The classic Brit-film Get Carter of '71 -- Michael Caine in a career-defining role as a London gangster out for revenge in grim Newcastle -- could have come with a period soundtrack, but Bowie and T.Rex would have sounded pretty silly in this bleak context. But, as with the first adaptation of In Cold Blood, it sounded so much better with cool jazz and disturbing quasi-classical pieces. The... > Read more 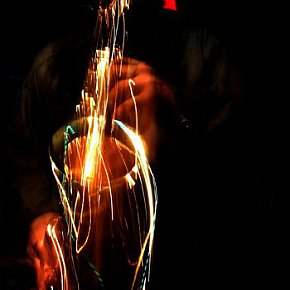 Courtney Pine is diverted from telling his daughter how Tony Blair trounced the opposition and of the legacy of John Major. “She's four months old, it’s never too early to start,” he laughs, then embarks on a discussion about cricket. “You’ve got a good team – and it’s a rebuilding time,” he offers charitably. Politics, family and... > Read more 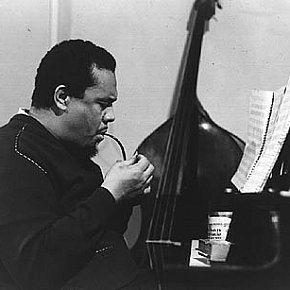 By the time Charles Mingus died in 1979 at 56, most of the obituaries had already been prepared. Mingus, suffering the increasingly debilitating Lou Gehrig's disease, hadn't been able to walk or play bass in a year, and things just got worse. When told of his passing, the bassist Charlie Haden said, "Charles Mingus was one of those rare human beings who created his own musical... > Read more 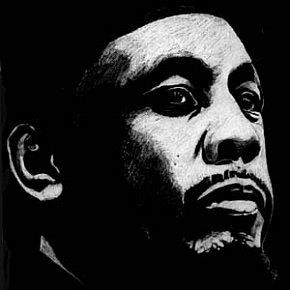 Charles Mingus was one of jazz's greatest geniuses and remains among the most misunderstood. Irascible and demanding, his personality and roguish reputation often tower larger than his inspired music. The respectful Columbia Legacy reissue in '99 of two of his late Fifties albums – Mingus Ah Um and Mingus Dynasty – restored the genius part of this bassist/composer back into... > Read more 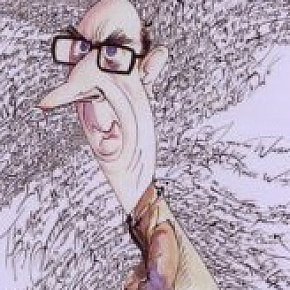 Because we listen to the jazz of the Thirties and Forties at such an emotional distance, it is almost impossible for the 21st century, iPod-carrying, cool post-modernist to feel something -- possibly even anything -- of what so affected those who heard it as fresh, exciting, innovative and daring at the time. It is hard to sell the idea, let alone the music, of Benny Goodman or even Louis... > Read more 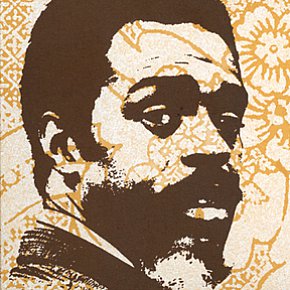 Albert Ayler -- the inspired, heroic, driven and sometimes difficult saxophonist who committed suicide in 1970 at age 34 -- still stands at a crossroads in jazz. By the late Nineties – when an exceptional, expanded edition of Ayler live surfaced -- even the music's most ardent advocates were having to concede that jazz was almost an historical artifact. “Contemporary... > Read more 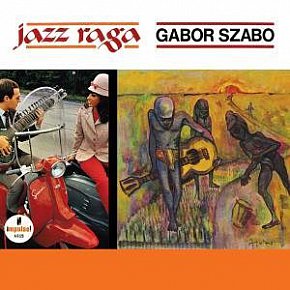 Originally released in 1967 -- the Beatles' Norwegian Wood which used sitar was on Rubber Soul, released late '65, and folk guitarist Davy Graham employed Indian tunings prior to that -- this album by Hungarian-born US-based jazz guitarist Szabo saw him pick up sitar for a series of short pieces which explored the sound and possibilities of the instrument, but not the long form of the raga as... > Read more 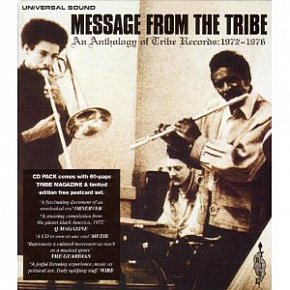 On the surface this may look like one for those with selective taste: here is a 12 track collection of inner city jazz from Tribe Records out of Detroit between '72 and '76. The dates are important: Motown had all but gone from the city, many of the jazz musicians had been used as session players but were inspired by Archie Shepp, Ornette Coleman and politicised free jazz, and the... > Read more 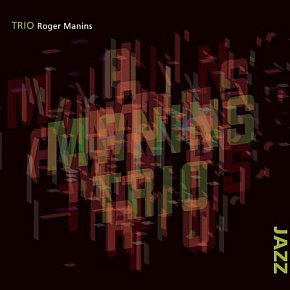 Taking the pulse of New Zealand jazz is difficult: just because there are festivals (which rely on imported drawcards) and the annual Tauranga event (a guaranteed core audience because of its youth band competitions, and overseas guests) doesn’t mean the music is healthy. Nor do wine’n’jazz events or vineyard concerts which are more about the occasion than the... > Read more

Bassist (electric and acoustic), composer and arranger Atwill pulls together the cream of New Zealand jazz players (including Ron Samsom, Carolina Moon, Kevin Field and Kim Paterson) for this calling card of diversity recorded in London (which explains the presence of Greg Heath), Sydney, the States, Germany and New Zealand over the past five years. From the self-explanatory titles on Bass... > Read more 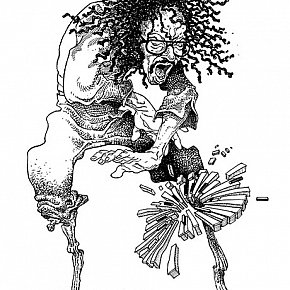 Genius is the word a lot of people use about Cecil Taylor – but words get pretty debased these days. (“Genius, that‘s like brilliant - but better, yeah?” ) So let’s just say Cecil Taylor is different and interesting. Way back in the Fifties they used to debate whether his abstract speedthrash piano playing was actually music at all and as... > Read more 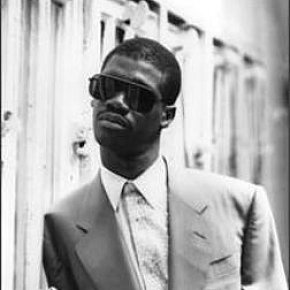 Recently a well known jazz writer, Pete Watrous - not known for his exaggeration - acclaimed Marcus Roberts’ new album Deep In The Shed as “the best jazz album for a decade.” Put that to 26-year-old pianist Roberts and he laughs (for the first and only time in an earnest half-hour conversation) and starts to sound like Elvis at his most awkwardly modest and... > Read more 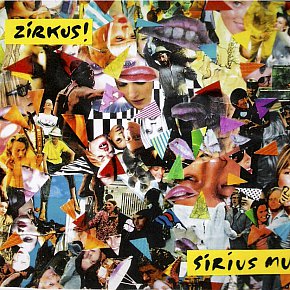 Wellington certainly throws up some interesting, if not always convincing, improvising artists who edge towards the free jazz idiom but rather hit a default position of swing-cum-Dixie with some slightly self-conscious moments. This one -- recorded live in Happy and on the iiii label -- shows that the spirit of the old Braille label and artists like Six Volts still looms large as this big... > Read more