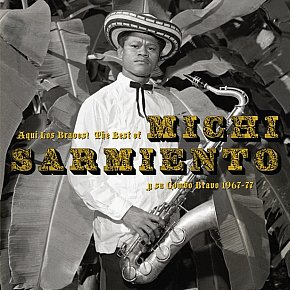 Time to push back the furniture and clear some dance space, or at least hit the Google search for the background to this Colombian band leader. Apparently the young Sarmiento pulled together local styles with Nuyorican boogaloo and kicked things up a few levels when playing in the red light district of the coastal town of Cartagena. This sweat-inducing 16 track collection of... > Read more 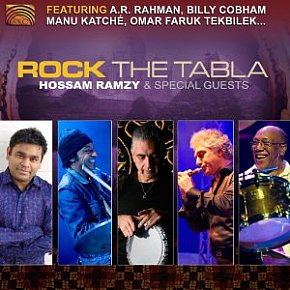 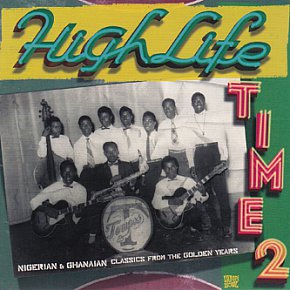 The enjoyable reissues of West African music by the Strut, Sound Way and Vampi Soul labels (Funky Lagos, Ghana Special, High Life and others) have brought back music from the Sixties and Seventies on well annotated double-discs. This Vampi Soul sequel wraps up more legendary artists/bands from Ghana and Nigeria (E.T. Mensah and the Tempos, The Ramblers Dance Band etc) alongside lesser... > Read more 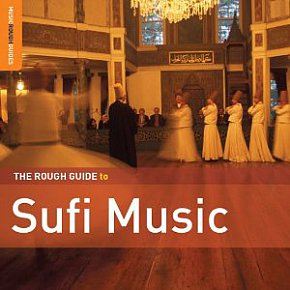 When a musical genre loses its figurehead -- as reggae did with the passing of Bob Marley and Sufi music did with the death of Nusrat Fateh Ali Khan, both of whom had taken their music to a global audience -- it can have two results. At one level the music's profile can drop for a more general audience (as happened post-Marley), but that it can also allow other artists to come through... > Read more 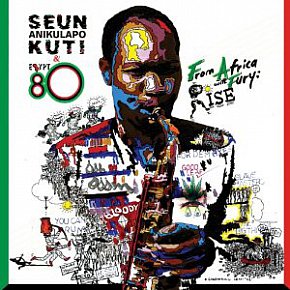 The musical offspring of the great founder of Afrobeat Fela Anikulapo Kuti have an unenviable career path to follow, especially Seun and Femi who choose Afrobeat as their chosen vehicle. Femi has embraced remixes and on his recent Africa for Africa outing edged more towards a pop version of the boiling and urgent style, and Seun delivered an exciting, if instantly familiar, debut Many... > Read more 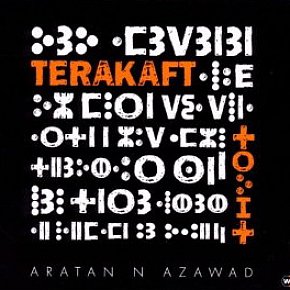 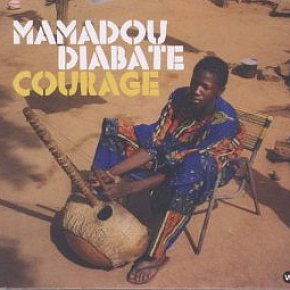 As the son of kora player N'fa Diabate who was a founder of the Instrumental Ensemble of Mali and with the great Toumani Diabate as a cousin, Mamadou was born to play the kora. For this, his fifth album -- it follows his previous Douga Mansa which won the '09 Grammy for Best Traditional World Music album and his second album Behmanka which was Grammy-nominated in '05 -- he again delivers... > Read more 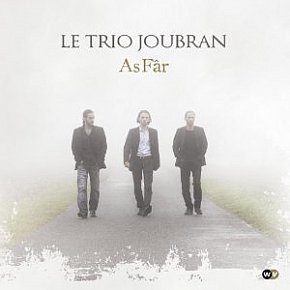 A previous album Majaz by these oud-playing Palestinian brothers was a Best of Elsewhere 2008 selection, so this one seems long overdue -- although I have just learned there was a live album in '09 which was aimed at the local market. They are the fourth generation in their family of players and oud makers but, to these ears at least, do not sound so steeped in tradition as to be unable to... > Read more 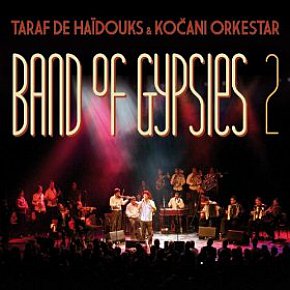 The rather mouthful of an album title tells you that this is forced marriage of two Romany groups teaming up to celebrate the Taraf's 20th anniversary. This album comes a decade on from the first Taraf Band of Gypsies album (which had the Orkestar playing on three pieces) and with both bands by sharing a Belgian musical director Stephane Karo they are here on equal footing and share... > Read more

Taraf de Haidouks and Kocani Orkestar: Talk to Me, Duso 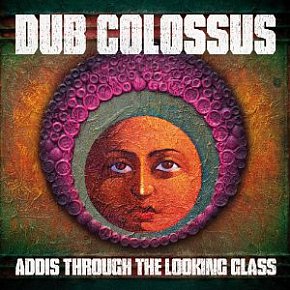 With recent interest in the music of Ethiopia (the Ethiopiques compilations, albums by Mulatu Astatke and the Heliocentrics), the ground has been well prepared for this by Nick Page (aka Dubulah who was behind London's innovative TransGlobal Underground and Temple of Sound). Dubulah has already been in the region for A Town Called Addis (and off on a tangent with his Syriana project... > Read more 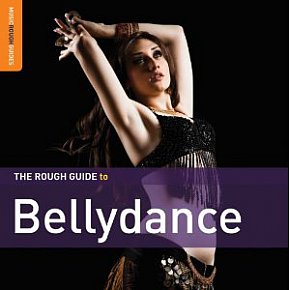 As has been noted previously at Elsewhere, anyone interested in world music learns quickly to never judge an album by its cover. In many countries the cover is just the thing you wrap around the sound and not much thought is given to it. Often an “exotic” landscape photo or unflattering image of the artist (snapped at the recording session or in the street outside the studio)... > Read more 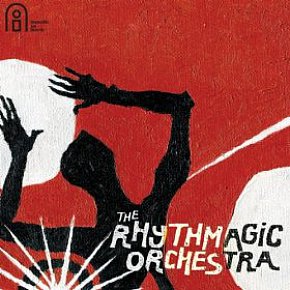 The Rhythmagic Orchestra which plays Afro-Cuban and Latin jazz wouldn't perhaps qualify as world music for purists. They are mostly Londoners with an affection for the music of the greats of the style and come from bands like the Heliocentrics (who recently recorded with Ethiopian composer Mulatu Astake) and Jazz Jamaica. But they bring so much talent, respect and enthusiasm to the... > Read more 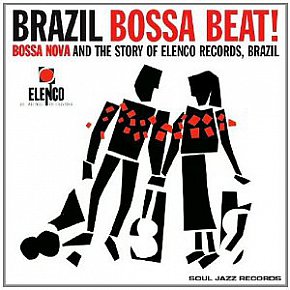 The Elenco bossa nova label -- founded in Rio de Janeiro in '63 -- gets this well-annotated Gilles Peterson-complied 23 track disc (and a booklet with an essay) of great tracks by guitarist Baden Powell, the cool Quarteto Em Cy and others. With the credibility and an in-house art style something akin to Blue Note in jazz, Elenco pulled together the finest bossa acts of the Sixties and... > Read more

Although this enchanting album -- songs of the Sephardic Jews of Spain -- might seem a departure for Wellington-based jazz singer Carolina Moon, she has previously explored what we might call world music, although never with this depth and resonance. These glorious songs -- intimate, yearning, emotional -- come from centuries ago but are here arranged for delicate piano (Kevin Field),... > Read more 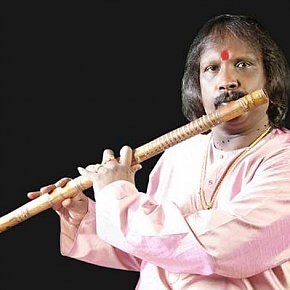 In many ways, the Indian musician Rajendra Prasanna is an emblem of his country's classical tradition. As with so many Indian musicians, he grew up in the gurukal system where he was one of a long lineage who had been taught by their musician father who would pass on the knowledge acquired from the previous generation. Prasanna's father and grandfather were both musicians, but in some... > Read more 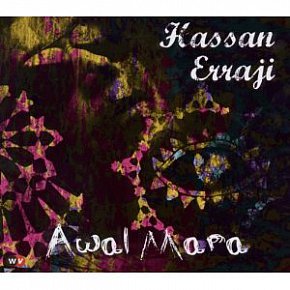 One of the delights of "world music" is that it is a constant journey of discovery and so you have no qualms picking up an album by an unknown name (Hassan Erraji? Never heard of him myself) and taking a chance. And in this case you stumble on someone you wished you'd discovered many years ago -- especially when you read in the liner notes he is "a man prone to oud-flailing a... > Read more

Every now and again New Zealand throws up a group which has a jazz/improv aspect but looks to diverse world music for influences. Elsewhere has posted albums by Superbrew from the Eighties and, from the past decade, releases by the Mamaku Project. The prog art-rock band An Emerald City also incorporate elements from Middle Eastern-and-beyond musics as well. Mundi -- fronted by flute... > Read more 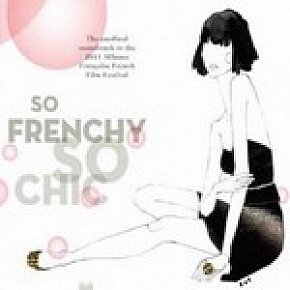 These annual double CD compilations of recent music from France -- from pop to, yes, chic, but not alt.rock etc -- are the unofficial soundtrack to the Alliance Francaise French Film Festival (details here) but afford us the opportunity of hearing a swag of music from a country with a reputation of making the most awful pop. At least that's what the British would tell you. Of course it has... > Read more 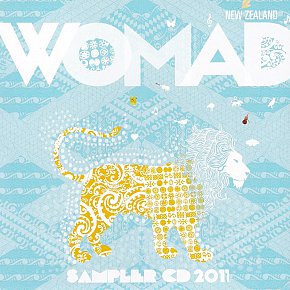 A Womad festival -- like the Big Day Out -- rather sells itself these days: many people will go knowing only a couple of names in the line-up but will make discoveries on the day. This 14 track sampler of acts at the Taranaki Womad (March 18 - 20) might be a useful intro to some of them and it kicks off fine fashion with the upbeat rocksteady sound of Calpyso Rose from Trindad/Tobago who... > Read more 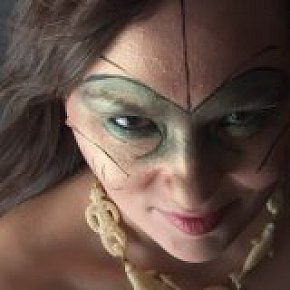 Inuit throat-singer and painter Tanya Tagaq Gillis – who often performs simply as Tagaq – grew up in remote Cambridge Bay (pop. 1500) in Canada's remote north. She went to high school in Yellowknife where she still lives, but these day is in demand on the concert circuit for her innovative throat-singing which is grounded in a long tradition – Inuit women would sing in... > Read more