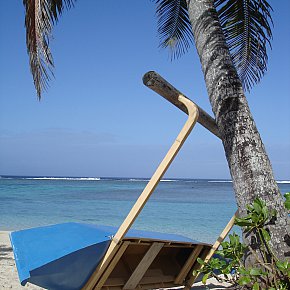 Auckland, the city with the largest Polynesian population in the world, has an annual Pasifika Festival to celebrate this cultural diversity. But the songs picked here conjure up a mythical Pacific, the one of palm trees waving in the wind on a white sand beach, waves lapping on the side of the outrigger, lands where beautiful maidens and handsome men . . . You get the picture. Tune in,... > Read more 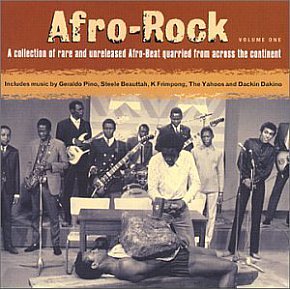 This 12-song compilation pulls together rare and unreleased Afro-beat from the likes of the pre-Fela star Geraldo Pino from Sierra Leone (with Heavy Heavy Heavy) to the 12-minute rolling, organ-driven groove of Yuda from Dackin Dackino and the explosive, dirty funk of Das Yahoos (Booker T taking a trip) and the Booker Band (with slippery harmonica). This is Afro-beat meets American... > Read more 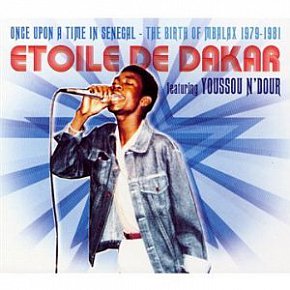 There is not exactly a shortage of collections of African music from the Sixties and Seventies these days: Fela is well covered so are the rumba scene out of Zaire, the Rail Band from Mali, the Syliphone label from Guinea, Tabu Ley Rochereau, Geraldo Pino, Congotronics from Kinshasa, Soweto township jive, high-life . . . If you can't afford the 10 CD set of Etoile De Dakar (through Sterns),... > Read more 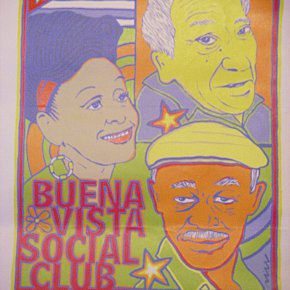 The old man looks desperately frail, shuffling as if each step could be his last. But as he is helped the few metres from the wings of the stage to the piano, each faltering footfall is accompanied by a deafening roar of applause and a standing ovation. The footstamping and clapping subsides, the band kicks in and Ruben Gonzalez starts to play.He may be fragile, but at 82 there is a direct... > Read more 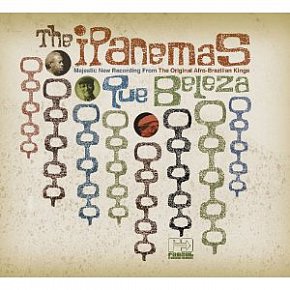 The wonderful old Ipanemas (Wilson Das Neves and guitarist Neco) last appeared at Elsewhere two years ago with their Call of the Gods album, and at that time I wondered why they hadn't taken off in the manner of Cuba's famous Buena Vista Social Club because so many elements were the same: seasoned old musicians playing from the heart; wonderfully warm and exotic music; slippery rhythms and... > Read more Singer, songwriter and producer Lamine Fellah (aka Sarazino) is a true child of the global village: born in Algeria, the son of a diplomat he lived with his family in Spain, Switzerland, Burundi and Burkina Faso; later studied in Montreal where he made music in various bands; and in '96 moved to Quito in Ecuador. Lucky him, you might say.  And for this melange of styles –... > Read more 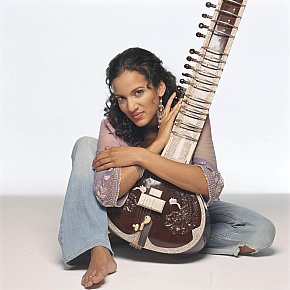 As two Lennons and any number of Marleys might tell you, it isn’t easy carrying the name of a famous musician father, especially if you want a career in the business yourself. Certainly doors may open that otherwise wouldn’t -- but because of that critics and the public often treat your career with some scepticism, you have to grow up musically in public, and your best work will... > Read more Etran Finatawa have band members from two nomadic groups from around Niger, and play music which sounds like the raw electric blues from Chicago in the Fifties and Sixties. Their electrifying music is tough, but full of yearning. It may have a hypnotic quality which conjures up the open spaces of their region, but it also rocks mightily. Their debut album Introducing Etran Finatawa stormed... > Read more 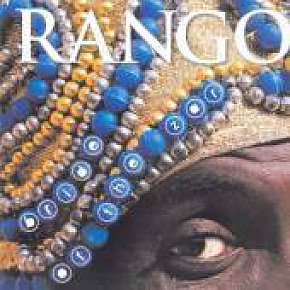 Just as pop and rock suddenly throws up new cover stars, so too in world music -- and Rango out of Egypt by way of the Sudan with their spiritual trance sound, odd-looking and strangely tuned wooden xylophone (the rango), driving percussion and music which rises to states of ecstasy are the latest off the block. There is no denying the danceable quality of this exciting music and the... > Read more 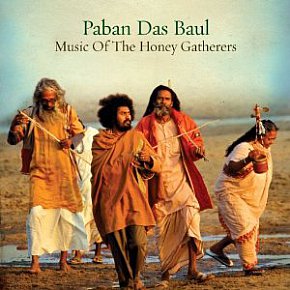 The music of the itinerant Bauls of Bengal has only made a brief appearance at Elsewhere previously (the album by Bapi Das Baul here) but its uplifting spiritual quality in pop-sized bites (it is often improvised, but on CD nothing stretches much longer than Hey Jude or Stairway to Heaven) which makes it appealing on a number of fronts. Paban Das Baul has been quite the ambassador for this... > Read more From the same label which has brought the superb 4-CD sets of rhythm and blues (here) comes this equally excellent 26-song collection of post-war material which had soaked in a Latin rumba-shuffle influence. And when you look at who is here, that influence was considerable and across a wide range of artists: T-Bone Walker; the Johnny Otis Orchestra; Lowell Fulson; r'n'b legend Big Mama... > Read more 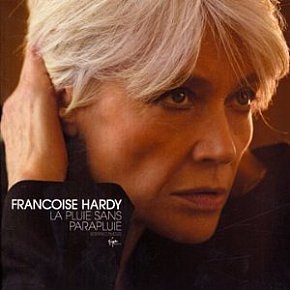 At first glance this might just seem to be one for those who knew the title meant "Rain Without an Umbrella" or just want a bit of that breathy chanteuse mood music for dinner parties. But if you are in the latter camp you will be a little surprised: although this certainly has reflective ballads over piano and soft strings, Hardy's vocals are more prominent than mere background... > Read more 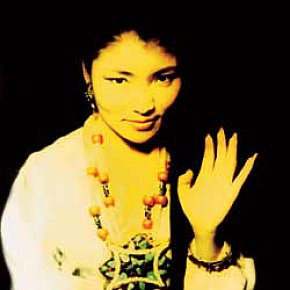 When this interview appeared in 1999 I was subject to some interesting passive-aggressive communications from people purporting to be sympathisers with the Free Tibet cause who suggested that what I had written about Tibet before the Chinese was "unhelpful". I pointed out it was however, the truth . . . In the thorough and informative Rough Guide to World Music, Tibetan... > Read more After their double live of 18 months ago some might have thought this slippery trio (and guests) who have made tango-cool albums a life-style accessories would have exhausted their self-invented genre. And while this album is no huge re-invention for those who are ho-hum about them (this writer), the dub elements, more pronounced tango-noir and slippery horn parts discreetly elevate... > Read more In a way this album was inevitable -- although has come from an unexpected source. The whole "Sahara Blues" style of Etran Finatawa, Tinariwen and more recently Tamikrest has always lent itself to being brought to wider attention by collaborations with European musicians. The co-joining of Anglo-alt.folkers Tuung with Tinariwen was unusual -- and so is this: BKO is the... > Read more Because Japanese folk tends to be elegantly austere and melodically understated you could think there's not a lot to flute, koto and percussion that could be done by way of dub. But that would be to underestimate world music explorer Jah Wobble who previously delivered an exceptional -- and unexpected -- album of Chinese dub. Here with a small ensemble of Japanese and Western musicians on... > Read more As we know, for every breakthrough band there are a dozen or more who can successfully coattail. Tamikrest come from the same area -- geographical and musical -- as the great Tinariwan and Etra Finatawa so create a kind of hypnotic desert blues . But where their two predecessors have established a genre and staked out territory within it, the younger Tamikrest expand the parameters by... > Read more The exciting reissue/remake of Sabrina Malheiros' album New Morning recently should set many listeners up for this one by her father Alex and his jazzy band, and which features Sabrina on five tracks -- and, as with her album, comes here with some remix and dub versions, which show again how flexible and malleable this suple bossa-groove sound can be. AS mentioned about Sabrina's album --... > Read more The previous album, Pacifi Celta, by this increasingly interesting trio of singer, guitarist/multi-instrumentalist Kim Halliday, singer/percussionist Ora Barlow and fiddle player Sarah Beattie lifted them right out of that special corner of te reo-cum-folk/women's music where they could have languished away from more mainstream attention. Pacifi Celtic merged Pasifika music with Celtic folk... > Read more Regular readers of Elsewhere will know that not too much of that self-satisfied, cooler-than-you, breathy bossa gets a look in. It bores me witless. But here is an exception: this is cool for sure, but it also swings, Malheiros has a voice of depth and flexibility, and the backing musicians are superb jazz players who come at the music from interesting angles. This is a rejigged and... > Read more