The last time Nick Page (aka Dubulah and co-founder of London's terrific Transglobal Underground) appeared on these pages it was as Dub Colossus with the album A Town Called Addis in which he recorded local Ethiopian musicians in situ then worked on the tapes back in the Real World studios in England. There has always been an authenticity and integrity in his work with musicians from around... > Read more 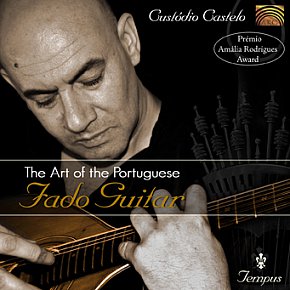 For the past few years it has seemed impossible to go to some well-travelled person's home without them extolling the many virtues of Portugal -- and of course fado, that aching folk style sung in bars and clubs late at night. And of course artists such as the striking Mariza have become world music stars (although I can't seem to persuade many of the virtues of the modernist take on the... > Read more 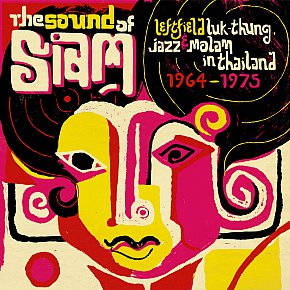 Increasingly the globe becomes a village -- and the local radio station is broadcasting oldies and archival stuff. Consider the recent excavating of music from Ethiopia, Nigeria, Sixties South Africa, Dengue Fever's take on Cambodian psychedelic pop, the Shanghai lounge divas project . . . You sometimes get the sense that in every small town and recording studio there's a British... > Read more 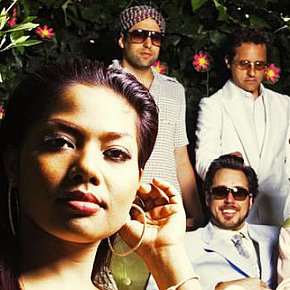 When Pol Pot’s murderous thugs drove people out of Cambodia’s capital Phnom Penh and into the countryside in the mid 70s, it was the beginning of the end. Figures vary but some say around two million people -- a quarter of the population -- were killed or died as the Khmer Rouge reconfigured the country based on an agrarian society and a rejection of western ideas. Even before... > Read more

Dengue Fever: Oceans of Venus (from the album Venus on Earth, 2007) 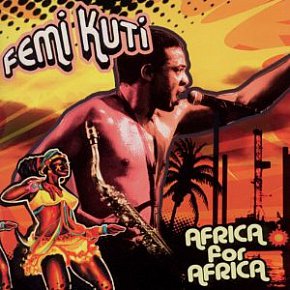 In 1970 George Melly wrote Revolt into Style, a witty and sometimes scathing look at how the revolutionary, anti-establishment figures in pop art and culture had been assimilated into the mainstream as just another fashion/style accessory. You'd wonder what Melly might make of Nigerian firebrand musician and lightning-rod political figure Fela Anikulapo Kuti (1938-97) now the subject... > Read more 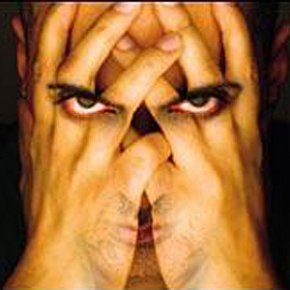 Ask British-Indian musician and composer Nitin Sawhney what he’s currently working on and five minutes later he is still telling you. Then adding, “Oh and also . . .” Sawney has the kind of schedule that doesn’t allow much time for sleep and even locating him has been difficult. Finally, after numerous attempts, there he is on his cellphone rushing off to somewhere.... > Read more 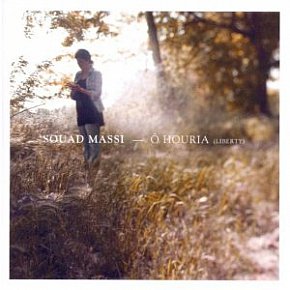 It has been far too long since this Paris-based Algerian singer has graced the pages of Elsewhere -- her Mesk Elil of 2007 contained the sublime psychedelic track Tell Me Why (here) among other delights, and her double acoustic "best of" album of 2009 (although it didn't get a mention here) has been a personal favourite for a long time. Massi has always been a little hard to... > Read more 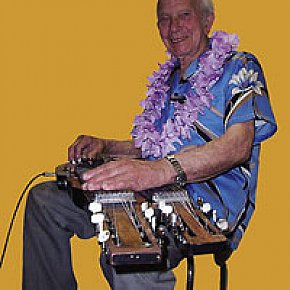 Bill Sevesi says he speaks three languages, but he actually speaks four. The three he will admit to are Tongan (he was born in Nuku'alofa almost 88 years ago), English which he learned when he came to Auckland at age 9, and Italian, picked up during World War II. "I found out that making love to Italian girls was better than fighting Germans," he says with a wicked glint in his... > Read more 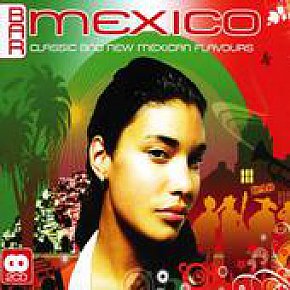 Elsewhere claims absolutely no expertise (or even much prior knowledge) in Mexican music other than what has been picked up on the long journey of life, time in the Tex-Mex territory and an open mind to the likes of Mexican Institute of Sound, Lila Downs and so on. Oh, and having seen the film La Bamba, of course. So we take this as we find it: and we find two 15-song discs neatly... > Read more 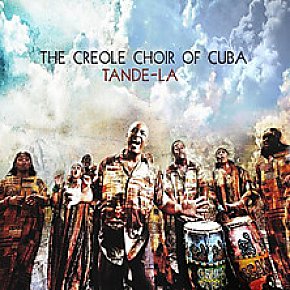 Already tipped to be one of the highlights at next year's New Zealand Womad in Taranaki, this choir of Haitian ancestry certainly sing up a powerful sentiment (see clip). But this isn't an easy album: Cuban creole (a meltdown of French, various words and phrases from African languages and some other seasoning thrown in) means whatever they are singing isn't going to easily understood. If... > Read more Tom Ze was one of the stars of Brazil's Tropicalia movement in the late Sixties and his edgy music and approaches to song structure and instrumentation was collected by David Byrne for the Best of Tom Ze album on Byrne's Luaka Bop label in 1990. It was quite exceptional (Ze used household appliances like a blender and vacuum cleaners to get certain sounds), and lead to a subsequent volume... > Read more 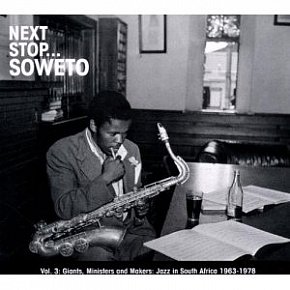 Subtitled "Jazz in South Africa 1963-1984" this is the third volume in the excellent Strut excavation of crucial SA music which has previously picked up Township jive music and mad funk/psychedelic sounds. This collection is the least of three: the improvisations often sound constrained, in other places where the players let go they invite comparisons with their American peers... > Read more 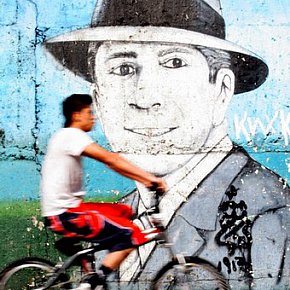 CARLOS GARDEL: The voice of Argentina

Just as there is no English-language equivalent of Jacques Brel (suggestions anyone?) or Edith Piaf, so there is no equivalent to Carlos Gardel (1890-1935) who became the voice of Argentinean folk-tango. At a guess we might say Gardel was akin to an implosion Irving Berlin/Lennon-McCartney/Hank Williams with a touch of (unhelpfully) Brel and Piaf. Although the facts of his birth are... > Read more 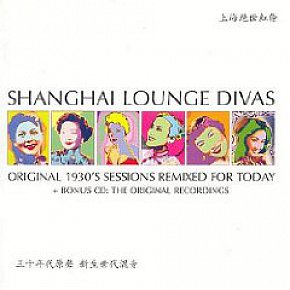 Shanghai has always been China's hotspot, the most cosmopolitan of cities in that vast and diverse country. In the Twenties and Thirties the place was awash with jazz, blues and international pop thanks to the international community, and that rubbed alongside the local folk, Mandarin pop and opera. At one time there were 30 radio stations in Shanghai and nightclubs were everywhere. The... > Read more 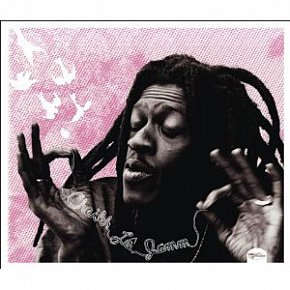 This inventive singer, writer and arranger from Senegal hasn't appeared at Elsewhere since is wonderful Lamp Fall on '06 at which time I observed he was like a Paul Simon from an alternative universe: he assimilates and explores musical styles and genres to create something his own. This even better album -- cleanly produced by Nick Gold and Lo, and only Lo's fourth in 16 years -- is all of... > Read more 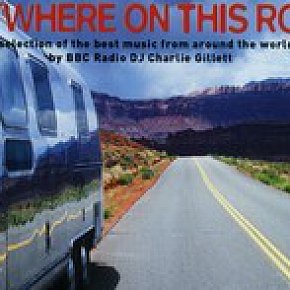 As many Elsewhere readers would be aware, the late English radio DJ Charlie Gillett hosted important weekly radio shows over the decades which pulled music from around the planet: World Music from Elsewhere in other words? This double disc collection -- ideal for a long drive or a late afternoon I have to say -- picks up a considerable number of artists who have appeared at Elsewhere, among... > Read more 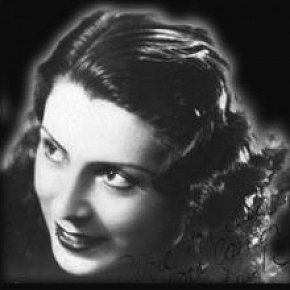 Sometimes it is possible to feel some sympathy for the aging Rolling Stones, and not because they are aging -- but because that has become an issue. It must be extremely tedious for Jagger, Richards, Watts and Wood to see in just about every article written their ages added up to some collective number, as if that had something to do with their ability to make music. In many cultures... > Read more 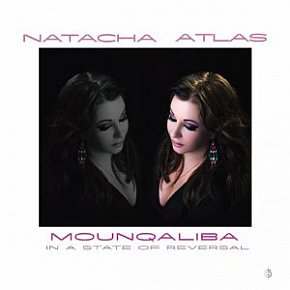 This great interpreter of Arabic music has made a number of appearances at Elsewhere for her sinuous voice and often remarkable songs. She could hold her own with TransGobal Undergrounds in the electronica-beat-driven world music end of the spectrum but her more traditional albums were much more persuasive. This time out she goes for a broad conceptual piece with a large Turkish ensemble... > Read more 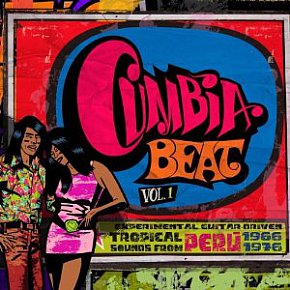 This double-disc -- with fat multilingual booklet and period photos of bands and chintzy album covers -- pulls together 25 intrumental tracks from the Sixties and Seventies by Peruvian guitar pop bands who bring traditional percussion backbeats to their slightlydelic pop and proto-rock. There is cool guitar jangle and sharp playing (think Telstar with funky congas) and you'll perhaps want to... > Read more 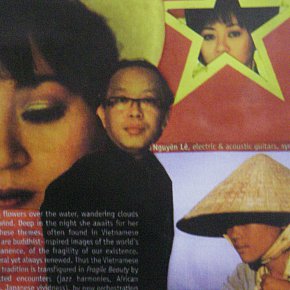 These days world music compilations are pretty thick on the ground -- largely because they have been thrown there by disillusioned buyers who thought they might be getting a decent collection but discovered some lazily cobbled-together Thailand-lite or Indo-groove tracks which commit that most grave of sins: they are boring. The high profile Putumayo label has been churning out such... > Read more

Huong Than and Nguyen Le: Rowing the Sampan