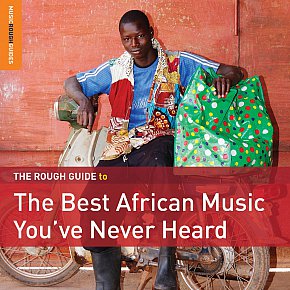 Smart people don't believe the hype . . . or album titles which overpromise. But surprisingly this one -- which attempts both -- actually delivers quite a number of lower-totem pole African names, but very few are in the also-ran category. These musicians were part of a World Music Network Battle of the Bands (Gee, do they still have those things?) and a small, select few went on to record... > Read more 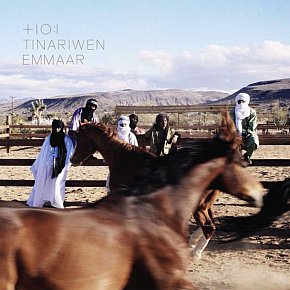 The Sahara blues caravan rolls on, and now with this seminal Tuareg group from Mali it is relocated to another desert. Because of troubles from Islamic extremists in their homeland, Tinariwen recorded this in Joshua Tree, California which must have made them feel pretty much at home (except for the absence of camels, their food etc). Here with a little outside assistance -- notably guitarist... > Read more 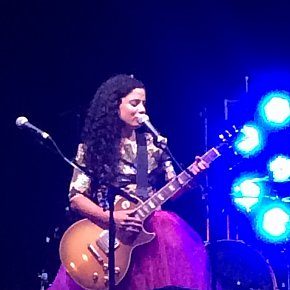 EMEL MATHLOUTHI INTERVIEWED (2014): You say you want a revolution

On December 17, 2010 a 26-year old street trader Mohammed Bouazizi, sick of police harassment and confiscation of his wares, set himself alight in the street outside the police station in Sidi Bouzid near the Tunisian capital of Tunis. His sacrifice touched a raw nerve in Tunisia, a country riven by corruption, and riots ensued. The revolution to overthrow the government had... > Read more 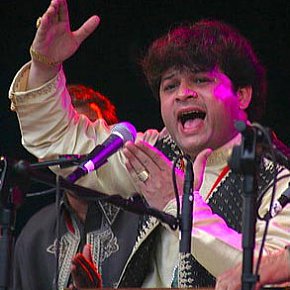 Interviewing Sufi qawwali singer Asif Ali Khan at the recent Womad Taranaki was an experience. Not only does he arrive in the small porta-cabin at the side of one of the stages but so does the whole eight-man ensemble and their voluble French manager, the wonderfully named Wowkonowicz Snafu. We crammed into the tiny space and as I tried to speak with Asif – all the while... > Read more 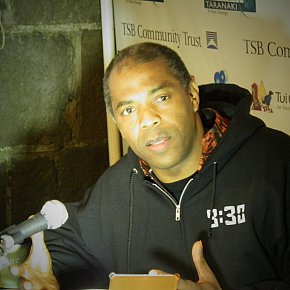 Elsewhere has already published an in-depth interview with Femi Kuti but we also caught up with him at a press conference at the recent Womad where he performed. Politics was, understandably, higher on the agenda than music, and pleasingly he spoke out about the anti-gay culture in Africa (“religion has capitalised on this aspect”) but admitted his open-minded... > Read more Those fresh from Womad will attest that some of the most interesting music is made at the interface of cultures, and this album is further evidence. Texas-raised Nistha Raj (now living in Washington DC) graduated with honours in her classical violin studies but was drawn back to the music of India and spent three years there exploring and learning the modes of Hindustani classical music.... > Read more Further proof -- if any more were needed -- that "world music" is a very slippery and loose term. These Womad visitors deliver a heady brew of Afro-Colombian grooves, soul-funk, hip-hop and some nods to roiling Afrobeat. They, of course, come from Belgium. Recording in their own studio and getting this mixed in New York just compounds the "world music" issue and in... > Read more 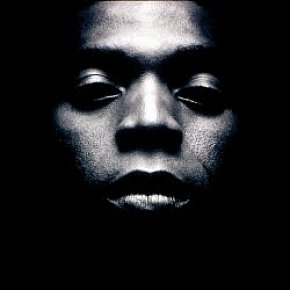 The call to Femi Kuti in Lagos – down a line which on rare occasions reaches something approaching functional – finds his country is in turmoil. Thee ministers in the Nigerian cabinet had just resigned, various factions and parties were in disarray and president Goodluck Jonathan was asking Nigerians to pray for peace. To outsiders this might seem chaotic,... > Read more 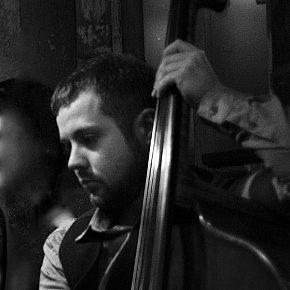 Double bassist James Lindsay of Scotland's Breabach says what they will be delivering at the forthcoming Womad in Taranaki is quite simple: “Expect a varied and exciting showcase of Scottish music, song and dance. We have double pipes, Gaelic and English song, heavy grooves and traditional step dance. “We love to play for up-for-it crowds, so come along ready to have... > Read more There is no sane or relevant reason for posting anything about this oddball digital-only compilation other than that it is silly fun, has some terrific (if borrowed) disco-dance groove which come with thick lacquer of Bollywood madness, that it sometimes sounds like absurd Bond soundtracks and . . . Jeeez, isn't that enough? As with the excellent and equally bizarre Rough Guide to... > Read more And here, over 16 diverse tracks, is your useful backgrounder to just some of the artists appearing at the forthcoming Womad festivals across Ausralia and New Zealand. Needless to say, like the festivals themselves, this is an eclectic mix: it kicks off the driving Cuban piano of Roberto Fonesca (which comes with brittle electric guitars, swooping bass, horns and more), moves on to the... > Read more

Ya Tounes Ya Meskina/Poor Tunis 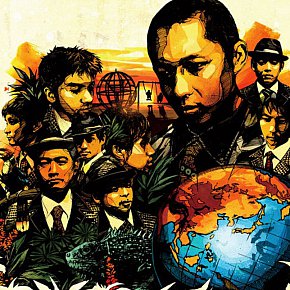 Keyboard player and singer Ryo Nakata lives in the Tokyo suburb of Yokohama but grew up in Osaka. He has visited New Zealand previously when the band played a festival in Queenstown in 2012, but this year will be their first Womad in this country. At 41 and fluent in Japanese and English, you might find him at Conch record shop on Auckland's Ponsonby Rd where stopped by last time and... > Read more 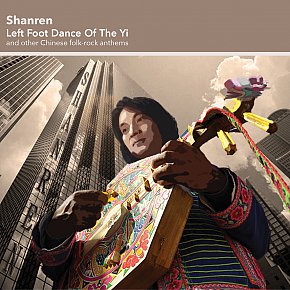 I've always wanted to say this -- because it sound so archaically "Times of London" or like New Zealand Herald editorials in the Sixties -- so here goes . . . "As regular readers of this column will no doubt know . . ." And yes, such regular readers of Elsewhere as there are would know I recently spent some time in China's almost-remote Yunnan province (available by... > Read more

Song of the Wa 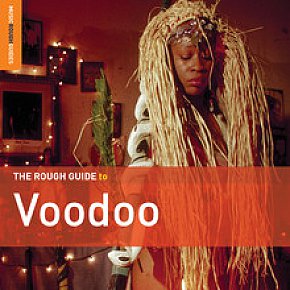 No one would deny Dr John being on this voodoo collection (more correctly “vodou” in Haiti, the country it is most associated with), but the Night Tripper is here with his sophisticated salute to the famous Nawlins voodoo priestess Marie Laveau rather than one of his more elementally voodoo Gris-Gris songs . . . and that seems the least of the problems with this collection.... > Read more 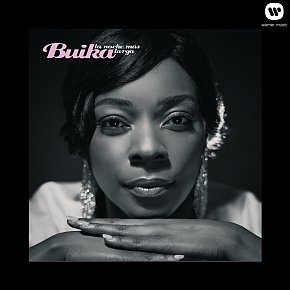 In the first announcement of next year's Womad acts a fortnight ago, this Mallorca-born singer stood out against Kiwi pop princess Kimbra and Americana retro-roots musician Pokey LaFarge as the most recognisably “world music”. But hold hard, because although she currently works a dramatic flamenco-fusion or sultry soul style, the Miami-based singer (who also has a flat in... > Read more

As those who have followed Elsewhere would know, we here have long been interested in -- and have written extensively about -- "world music", long before many others. In fact, a quick glance at our World Music in Elsewhere pages shows we have about 350 separate entries which include interviews, overviews and album reviews . . . And over at Absolute Elsewhere you can... > Read more Although nominally here under "World Music in Elsewhere", this emotionally charged album by the daughter of the late Pandit Ravi Shankar is her most cohesively interesting and engaging album yet in that bridge between her father's generation and her own. And until she does an album of classical ragas expressing the loss of her father -- as this one does in places, in miniatures --... > Read more 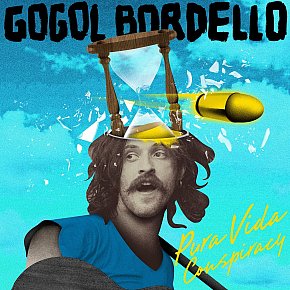 Given their background, you're allowed to be cynical about this Gypsy-punk band from New York. However on the noisy evidence of this – their most concise and fist-hard album and the one least trying for Gypsy-punk – you might just break out a bottle of the hard stuff and get into an enjoyably rowdy party-party album. Like a Eurocentric Clash slugging it out with the... > Read more 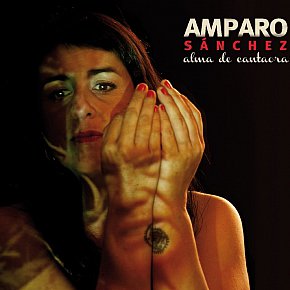 Although some may prefer her previous and more volatile incarnation when she fronted the band Amparanoia, this politicized post-punk folk-rock singer here -- on her second solo album -- steps back from the often incendiary nature of her earlier work. These passionate songs – English translations are in the booklet – look to the universal feminine songstress (the title... > Read more