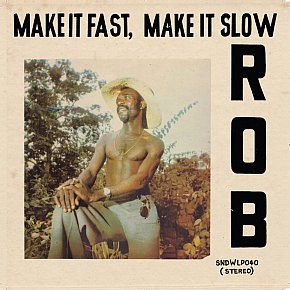 In a reproduction of what must have been the original cheap cover, this minimal and curiously religious/sexual album by Rob from Ghana has all the look -- and resonance -- of a rare reggae album from Jamaica, the kind of music which comes with an air of mystery because you are hypnotosed by the sheer peculiar nature of the thing. Singer/writer Rob was something of an enigmatic figure by all... > Read more

Make It Fast, Make It Slow

Venezuelan singer and songwriter Zea must be thanking the gods that in 1994 she saw The Piano . . . and was so seduced by the New Zealand landscape she decided to move here. And that she brought with her a background of various musical styles picked up on home turf, American soul from the radio and time in Detroit, chanson in Paris, Brazilian and Caribbean sounds . . . In this country she... > Read more 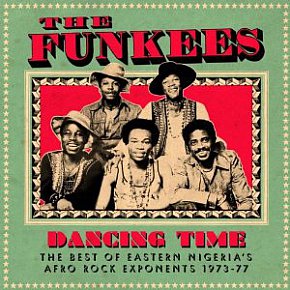 The band name might be slightly misleading -- there is more Afrogroove than funk here -- but we will take the subtitle (The Best of Eastern Nigeria's Afro Rock Exponents 1973-77) at its word because this is 18 short songs full of punch and fire. In fact is there's a complaint it's that these songs are too short. Most come in at fewer than four and half minutes and you wish they could... > Read more 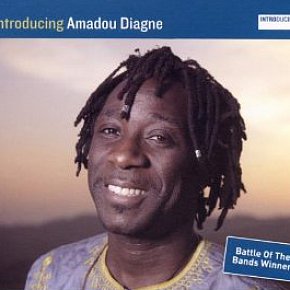 Singer/songwriter Diagne from Senegal comes from impeccable pedigree. He was born into a griot family, started on drums at age four, played in the Senegalese National Band and his song Senegal won a Battle of the Bands on the World Music Network's website. And there is no doubt Senegal is a moving piece with Diagne's quavering but strong vocal filled with emotion and is offset by gentle... > Read more 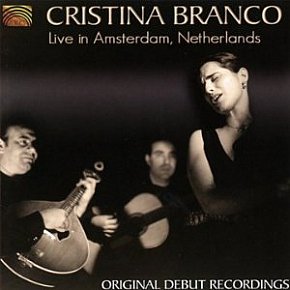 Cristina Branco was one of an emerging generation of Portuguese fado singers when, in 1997, she performed in Amsterdam where this, her debut album, was recorded. Her assured, crystalline singing which quivers with emotion is here showcased in the spare setting with just longtime accompanists Custodio Castelo on fado guitar (like a 12-string lute) and guitarist Alexandre Silva. In... > Read more 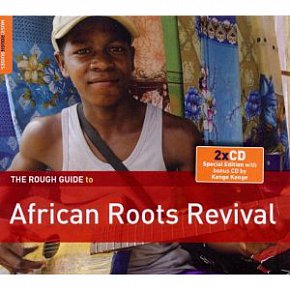 Of the dozen tracks on this useful collection, at least three bands -- Staff Benda Bilili, Bedouin Jerry Can Band and Konono No 1 -- should be reasonably familiar to Elsewhere readers. So attention alights elsewhere: On the seven-piece Mbira Dzenharira which plays tuned mbira (and sound like an African gamelan); the ngoni playng of Bassekou Kouyate (bluesy, yearning); the strange sound of... > Read more 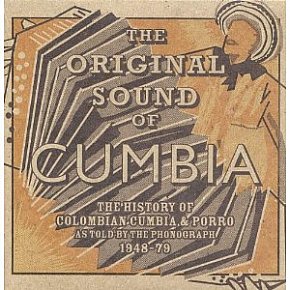 In one of the least inspiring covers in Christendom -- and with the big-breath subtitle "The History of Colombian Cumbia and Porro as told by the Phonograph 1948-79" -- this utterly beguiling and danceable 55-track double disc collection pulls out wonderfully romantic and earthy syncopated rhythms, dipsomanic horn sections behind rather more urgent vocals, and soft-shoe beats which... > Read more 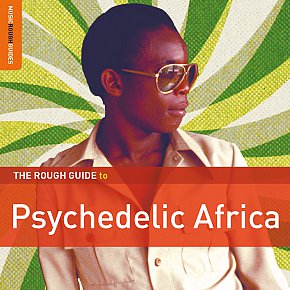 Because the word “psychedelic” has a fairly flexible definition these days (see here) it's almost no surprise that the short opener Let Yourself Go here by guitarist Victor Olaiya's All Stars Soul International band is on the axis of James Brown funk and any notions of tripped-out rock are immediately relegated. And while the liner notes claim this 10 track collection... > Read more 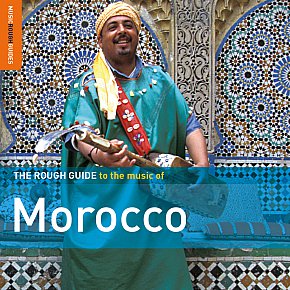 This is not the first Rough Guide to Moroccan music but, given how diverse the sounds are coming from that place, another edition is certainly necessary. And when you hear the stuttering trip-hop of the dub-influenced El Aloua here (by Amiri Saqati, a side project of an earlier electronica outfit Aisha Kandisha's Jarring Effects) you know that this one is keeping abreast of the new sounds.... > Read more 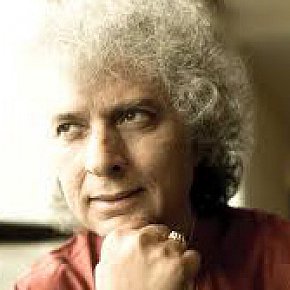 Very few musicians could claim to have not only changed the musical direction and possibilities of their chosen instrument, but of also of having played a key role in how that instrument was constructed and developed. In South Korea, the master musician Byungki Hwang (interviewed here) rescued the tradition of the gayageum from being lost, and in the West the great guitarist Les Paul... > Read more 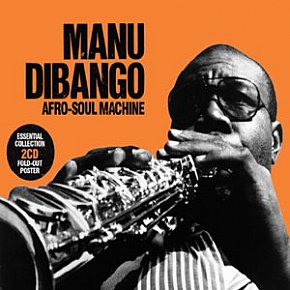 In the rush to embrace new artists out of various parts of Africa or distill the history down to reissues of little known acts and the cult of Fela, it probably isn't a surprise the great Manu Dibango hasn't had his dues. His jazzy sound on sax and sensually low voice once enjoyed considerable international recognition -- notably with the single Soul Makossa in '72 which subsequently... > Read more 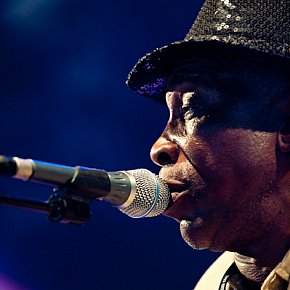 The connection to Renate, wherever she is, seems to be fine. But between her and Kinshasa in the Congo where Ricky Likabu, our target, is . . . that's another matter. Then of course there is the translation thing between my English through Renate into French for Likabu and back again. And, to my amusement and frustration, lengthy questions I ask which can take as much time in... > Read more

The story of the twins Taiwo and Kehinde Lijadu out of Nigeria could have come from a very familiar template with that bell curve of a career: The excitement of being young and in hot bands (among them with Ginger Baker of Cream who had moved to Lagos), the fiery politics of the era fueling their music at a time when the great Fela was setting the agenda; being influenced by psychedelic music;... > Read more

Given how many producers, remixers and musicians are flocking to Kinshasa in search of Congolese musicians, it seems the former Belgian Congo is the new Jamaica. No bad thing, some of the music coming out of there (as heard on the Congotronics and Konono No 1 albums, and the Tradi-Mods Vs Rockers sound clash) is quite something. And something different. Then there is the home-coming... > Read more 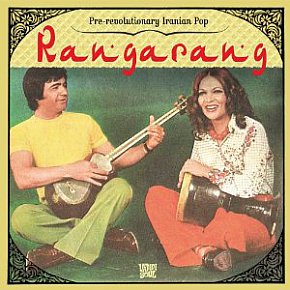 In Elvis Presley's trophy room at Graceland in Memphis -- more a trophy annex, with gold discs, costumes, awards, police badges and posters -- there is, framed on the wall, a dramatic headline from a Nashville newspaper and a story sourced from Tehran. The headline reads "Rock'n'Roll Banned, Hate Elvis Drive Launched by Iran to Save Its Youth". The article is dated August 12,... > Read more 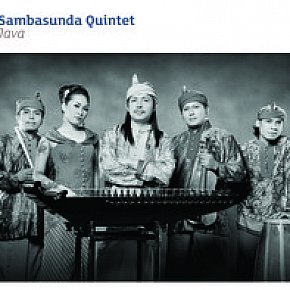 This group from West Java make a very different kind of music from that of the familiar gamelan orchestras on nearby Bali. This music is based around the zither-like kacapi which was originally used in court music but became a popular instrument over the centuries. With pitched drums, violins and the airy voice of singer Neng Dini Andriati, the quintet here offer a delightful and gentle... > Read more 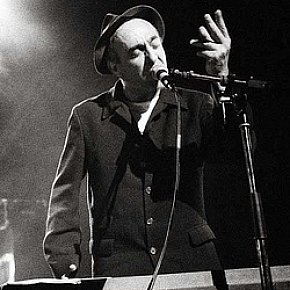 For a medium-sized town in France, Angers – pronounced An-jey, population about 240,000 – boasts a fascinating ancient and recent history. It was once a Roman town, numerous kings and queens had their courts here, and the main castle dates from the early 13th century. A cultural hub, Angers in the Loire valley has also played host in much more recent times to numerous... > Read more 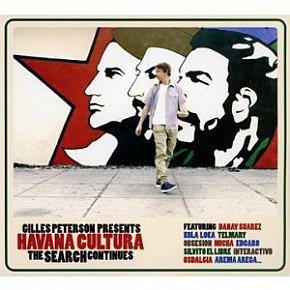 Although UK DJ Peterson has tripped lightly around the globe to unearth lost classics in bargain bins or to work with local musicians, he has developed an abiding love for Cuban musicians and this double disc follows his mostly excellent Havana Cultura collecton (see here) of 2010. This time out, things were rather more planned in the initial stages. In January 2011 he and Mala (of the... > Read more

No Me Da Mi Gana Americana 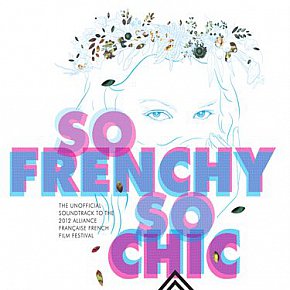 The annual double discs under the banner So Frenchy So Chic -- "the unofficial soundtrack" to the Alliance Francaise French Film Festivals in Australia -- allow the casual listener to tune in to the state of French pop (as opposed to rock and hip-hop) and are something of a mixed assortment. Some in previous years have seemed very lightweight, as if being a pop singer in France... > Read more 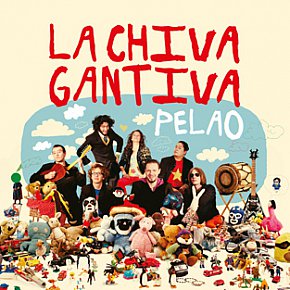 With horns and electric guitars, this outfit which was formed in Brussels by expat Colombian percussion players bring as much funk and Fela Afrobeat as they do rocked-up South American sounds which must physically threaten any fragile Womad stage. And with other members from Vietnam, France and Belgium they certainly embody the Womad spirit. But as with most such vigorous albums you... > Read more