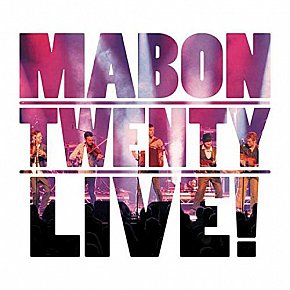 For far too many years Elsewhere observed how reggae was the obligatory default position at Womad for bands which wanted to get people moving, no matter which part of the world they came from. So there would be African reggae, Irish reggae, Kiwi reggae etc etc. And they all sounded much the same and were barely recalled after the dancing stopped. In many ways Celtic music is reggae for... > Read more 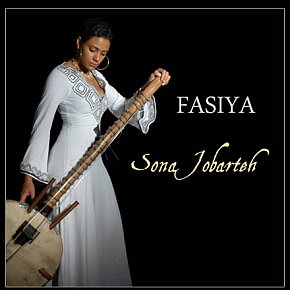 Although this remarkable London-raised woman from West Africa is acknowledged as a rare female kora player from her griot family (Toumani Diabate is a cousin), she is also a strong advocate and exemplar of women's rights, has her own Gambia Academy which is a cultural centre which she underwrites (see here) and has taken her music and opinions to festivals and forums around the world. And... > Read more 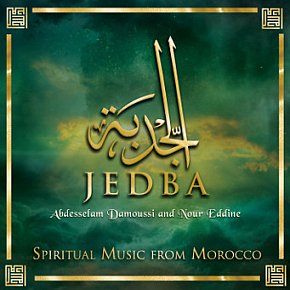 Those who have been lucky enough to go Morocco – or who have been curious enough to check out the various musics which come from there – know how mesmerising it can be. Over the decades everyone from Brian Jones of the Rolling Stones, Ornette Coleman, Paul Bowles, Led Zeppelin and others have explored Berber sounds, Sufi spiritual songs, Gnawa music, the Master Musicians of... > Read more 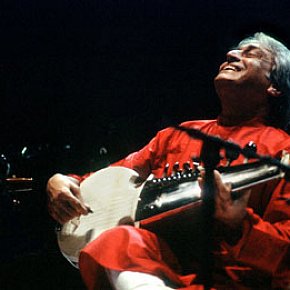 Among the big and familiar performers at this year's Womad in Taranaki – Angelique Kidjo, Nadia Reid, Teeks, Ria Hall and the Silk Road Ensemble to mention a few – there is someone whose name may not be well known but he's a man who is one of the most revered masters of his art. This living legend is Amjad Ali Khan who, at 73, has been acclaimed for more half a century and --... > Read more 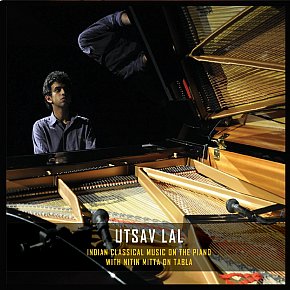 Elsewhere will occasionally preface or conclude comments on albums with something like “not for everybody”. The implication is that the music is of some specialised nature, but the hope is that it will spark curiosity. Perhaps among those who think they aren't like “everybody”? This album -- which we have placed under World Music but might just as easily be in Jazz... > Read more 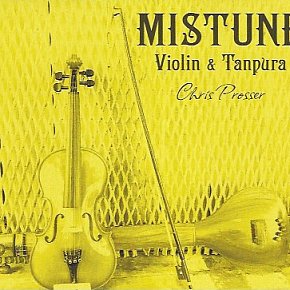 Violinist Chris Prosser was one half of the innovative and genre-defying duo Besser and Prosser (with pianist Jonathan Besser) in the Eighties. After two albums they went on separate paths: Besser also part of the Free Radicals electronic outfit with Ross Harris then into many other directions; Prosser back to London for 20 years before returning to New Zealand a decade ago. These days he is... > Read more 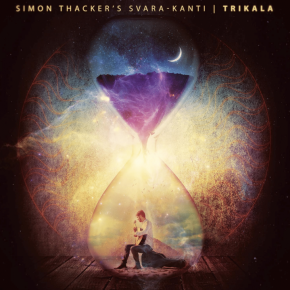 Strange how a chance hearing of something can put you on a different path. When I was about 12 I joined the World Record Club which, if you didn't send a form back every month declining their offer, a record of their choice would arrive at your door . . . also with the bill. By not getting the forms back on time I ended up with, among other things, a Manitas de Plata album and, much better,... > Read more 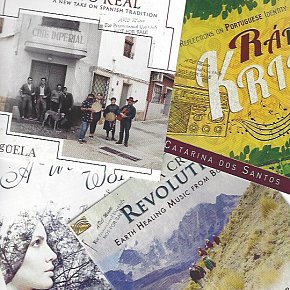 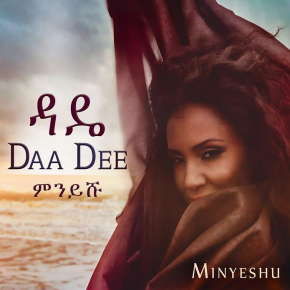 Bridging the Ethiopian jazz of her homeland, sweeping orchestrated jazz-funk, world music and nostalgic ballads (as on the piano-based title track here), this expressive singer has become a fixture on the European festival circuit alongside the likes of Youssou N'Dour, Salif Keita, Angelique Kidjo, Baba Maal and other big names in world music/mainstream crossover. Now based in the... > Read more 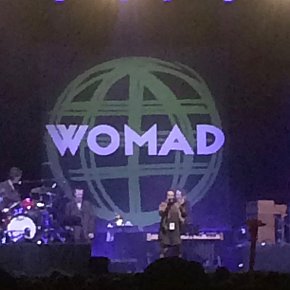 It is that time again when people with eclectic music and cultural tastes get very excited: The line-up for next year's Womad – to be held, as always, in the beautiful surrounds of the Bowl of Brooklyn, New Plymouth – is announced. And as always it is the sheer unfamiliarity of some of the names which not off-putting in the slightest but rather the attraction. Here first is... > Read more 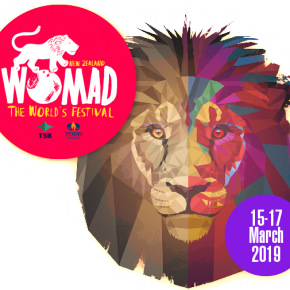 Womad announcements have sometimes started with a whimper when a couple of acts are announced then delivered the big bang at the official announcement of the complete line-up. This time the first cabs off the rank for next year's annual festival in Taranaki offer pretty big bangs in their own right. Angelique Kidjo from Benin is a major attraction in any context but right now the... > Read more 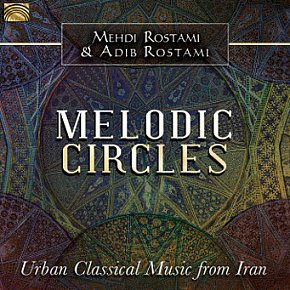 Subtitled “Urban Classical Music from Iran”, this album by the Rostami cousins captures both the magic and complexity of this largely improvised music on the four-stringed setar (Mehdi) and the single tombak goblet drums (Adib). Those who have listened to Indian music will feel quite at home here (think setar/sitar, tombak/tabla if it helps) because there is a bloodline which... > Read more 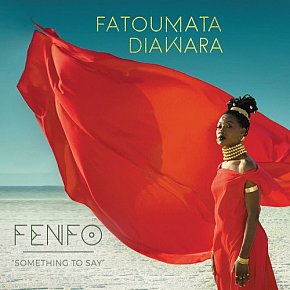 The album title here might be a joke, it means “something to say”. But this outing by one of Mali's finest singers and songwriters comes a full seven years after her stunning debut Fatou which was in our best of that year's list. Admittedly she has been busy recording with other artists (among them David Crosby, Herbie Hancock and Snarky Puppy, which is indicative of her range)... > Read more 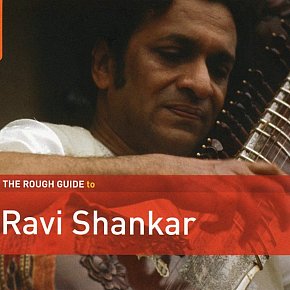 As the pre-eminent Indian classical composer/sitar player of his generation and that country's most internationally acknowledged musician, the late Ravi Shankar – who died in 2012 – not only popularised Indian classical ragas and the sitar but was one of the great proponents of expanding musical boundaries through his work with Yehudi Menuhin, Western jazz musicians, Philip Glass,... > Read more 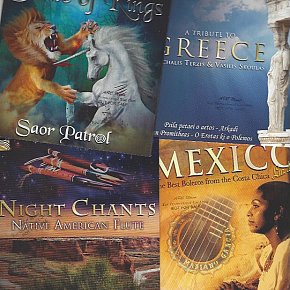 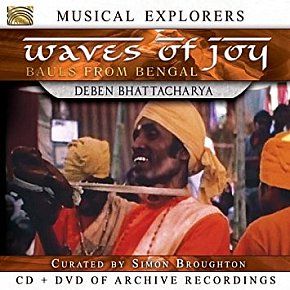 Elsewhere has happily been down this path previously but we acknowledge these Indian music collections of field recordings with an archival film are not for everybody. As we mentioned before, Deben Bhattacharya was a music producer (over 100 albums apparently across a few continents) who did field recordings and made films, the one on this collection of Baul singers being 30 minutes of the... > Read more 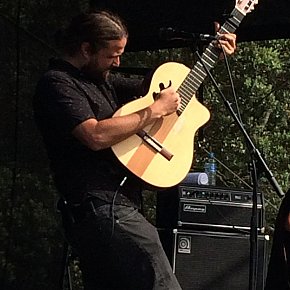 Towards the end of his sometimes incendiary, frequently danceable and always enjoyable afternoon set at Womad, the Chilean singer/guitarist – and mean fiddler – Nano Stern took time out to tell a story to the huge crowd before him. He spoke of his architect father asking him when he was a teenager what he wanted to do in life, and he replying that he wanted to be a singer.... > Read more 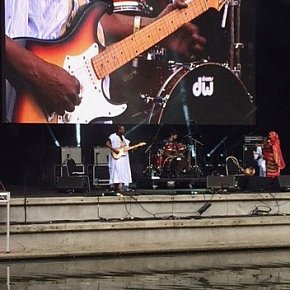 Because a Womad festival is about different people, faces, costumes and art from around the world, it is a colourful event and lends itself to a simple photo essay to give the flavour of the three day event. We don't claim these images to be professional, glossy, ripe for framing or any such thing. But we hope they can convey something of the artists in performance and the people who... > Read more 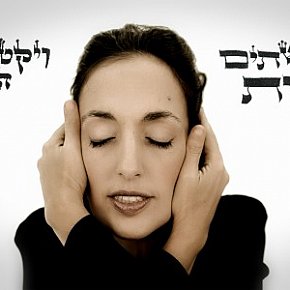 On You Tube you can easily find a short video of Israeli singer Victoria Hanna conducting what is called a cymatic experiment with her voice. She did it at home by using a microphone to sing into a scattering of sand, and as she sings pure notes the sand rearranges itself into pleasing geometric shapes. For Hanna – who grew up in an ultra-Orthodox Jewish home in Jerusalem... > Read more 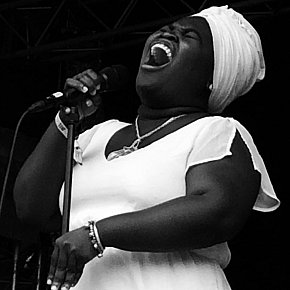 When Dayme Arocena from Cuba took the stage for his first of two shows at Womad she came on like petite powerhouse, her dusty black skin wrapped in pure white, and her band immediately hitting some hard rocking jazz-funk. Anyone expecting laidback Cuban folk was put on notice. This was going to be loud, seriously grounded Afro-Cuban music with large dollops of soul and jazz... > Read more