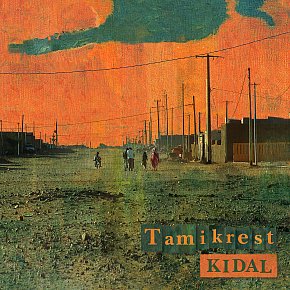 From time to time Elsewhere will single out a recent release we recommend on vinyl, like this one . . . Where the first wave of Sahara blues/desert blues musicians who emerged over a decade ago – notably the bands Etran Finatawa and Tinariwen – seemed to have come to their distinctive sound on their own (elements of what we might describe as psychedelic blues and drone), the... > Read more 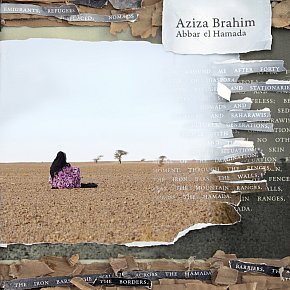 The final track on this moving album could not be more timely. It is Los Muros/The Walls and the lyrics in an English translation run in part, “Because of the exile caused by the walls I'm expressing my identity in the verses of this song. This wall that you've erected in a criminal way with interference and injustice is designed to segregate”. The irony is that because of... > Read more

Back in 2002, Chuck Klosterman wrote an article in Spin magazine about a Smiths/Morrissey convention where tribute bands (These Charming Men among them, of course) played and people discussed Morrissey's lyrics at length. The odd thing about this convention – you can read the piece in Da Capo's Best Music Writing 2003 edited by The Simpson's Matt Groening – was that it... > Read more 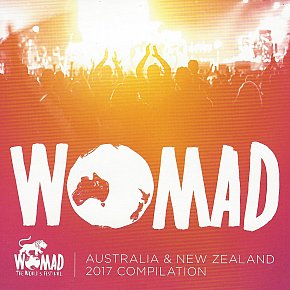 Many people are so confident about having a good time at the annual Womad festival in Taranaki that they book for the following year immediately after the festival has ended. As with the Big Day Out and Laneway concepts, the mere existence of the Womad festival is larger than the acts on the bill. Not to say people aren't interested in the specifics, but with so many acts on the... > Read more

Papa Was a Rolling Stone, by the Hot 8 Brass Band 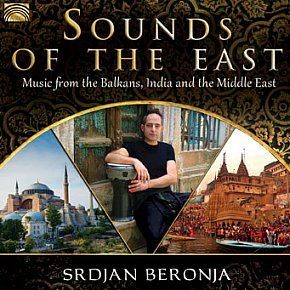 This seductive album by Serbian composer/percussion player Beronja – with thorough and informative liner notes typical of the ARC label – follows his similarly conceived Sounds of Varanasi album of '15 which he programmed to include ambient sounds, field recordings and original compositions alongside traditional pieces. It really did evoke that holy city. This one has... > Read more 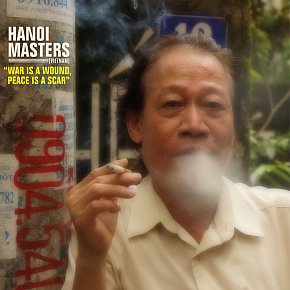 The history of Vietnam in the last half of the 20th century saw appalling division, wars and retributions. The “American war” was just a part of it. Prior to the American engagement there had been the colonial war against the French and then after the Americans left in '75 there were the terrible things which the victorious north inflicted on those in the south they... > Read more

Help Us in This LIfe 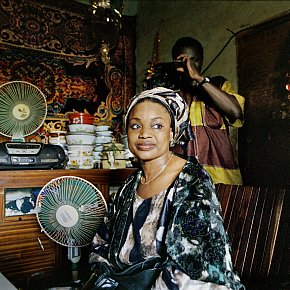 One of the most powerful and expressive voices out of her homeland of Mali -- indeed, out of the African continent -- Oumou Sangare has been a longtime Elsewhere favourite . . . although we conceded when we reviewed her 2009 album Seya we were surprised we hadn't written about any of her previous releases. And we have them all!  She has won numerous world music awards and was signed... > Read more 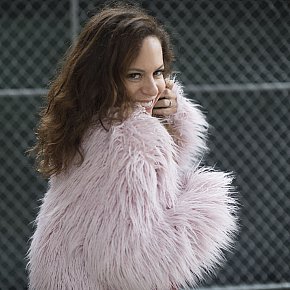 Given her parentage – her father the famous composer/singer/guitarist Jaoa Gilberto and her mother the singer Miucha – it would have been harder for Brazilian bossa nova star Bebel Gilberto not to have become a singer. She started early enough – as you will see below – and even though her parents separated she spent time with them both as she was growing up.... > Read more 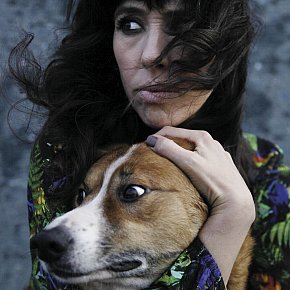 At the forthcoming Womad in Tarakani wise ears will head to the sessions by the Welsh alt.folk group 9Bach whose ethereal (and exotically Welsh-language songs) have previously captured Elsewhere's attention. Founded by a decade ago pianist/singer Lisa Jen and guitarist Martin Hoyland, they have taken their enchanting and timeless-sounding music to clubs and festivals across the globe,... > Read more 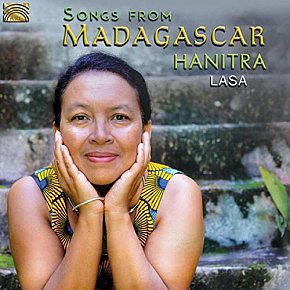 Let's just go out a very thin branch now and say this: If Hanitra Ranaivo sang in English she might just be one of those Next Big Thing artists at the intersection of folk, pop and world music. From the highland city of Fianarantsoa in Madagascar – the cultural centre of the island – she melds tradition with contemporary issues (deforestation, the political relationship... > Read more THE FAMOUS ELSEWHERE WORLD MUSIC QUESTIONNAIRE: Someone from Tago

It is in the nature of these things that you send a questionnaire to a group and someone answers, but they neglect to tell us who. So with apologies to whoever in the Korean percussion ensemble Tago -- who come to New Zealand for the Taranaki Womad -- we introduce this high-energy oputfit to to you in advance of that person's answers. With traditonal instruments alongside those they... > Read more

In a welcome departure from previous years, the Womad festival for next year in Taranaki has been announced early. These are just who is on what day and the actual running times and full schedule wil be released in late January. Meantime though you can plan ahead -- be there Friday for Marlon Williams and the Specials for sure -- and look at the festival website here for bios of artists... > Read more 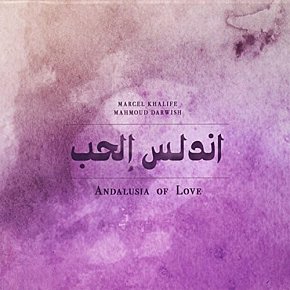 Anyone watching "developments" in that collision of Israel and Palestine these days can't but feel this disputed ground is, sooner rather than later, going to be just scorched earth. And neither Palestinian nor Israeli natonalists are going to survive the firestorm of their own making. But . . . Politics aside -- if that is ever possible in thiat narrow world where... > Read more 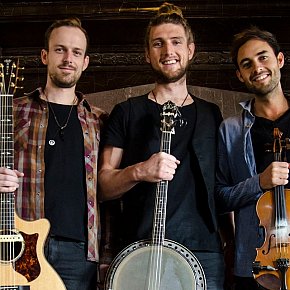 Although Womad festivals always deliver the unexpected – the great act you'd previously never heard of let alone heard – it is possible to make a few predictions, like the African acts will have people up dancing and . . . That in 2017 the East Pointers out of Canada will be extremely popular. The folk trio of guitar, fiddle and banjo offer their own take on Celtic... > Read more 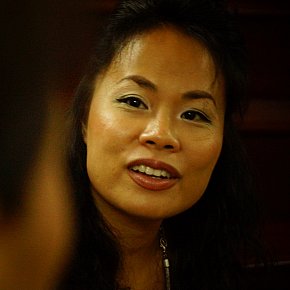 Since Vietnam opened itself for Western tourism in the mid Nineties, thousands have travelled there to experience the wonderful food, cheap beer, beautiful beach and mountain villages and the hospitality of the people. These days however – with luxury hotels with infinity pools at places which were largely deserted in those early days of openness (when Elsewhere visited a... > Read more

As regular readers of Elsewhere will know, we have had a long tradition of writing about world music here. In fact we sometimes boast that we are the ony place which regularly gives coverage to music from other parts of the planet beyond the Western pop and rock axis, check out our world music reviews, interviews and so on here. So we always applaud the annual Womad festival in New... > Read more 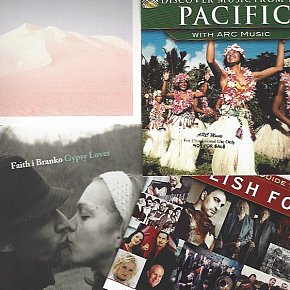 Here's a frequent flyer/transit lounge column for those at home who want to get their musical passport stamped. Elsewhere has so many CDs and downloads commanding and demanding attention that we run an occasional column which scoops up releases by international artists (IN BRIEF), in much the same way as our SHORT CUTS column picks out New Zealand artists. And of course Shani.O... > Read more 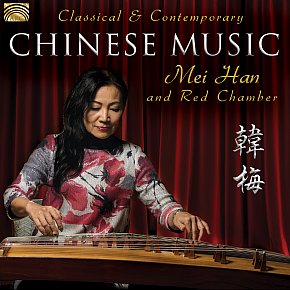 For Western ears, the sound of Chinese music falls into cliché (“Oh, Chinese music . . . riiight.”) or something so discordant (traditional opera) that it's easy to dismiss on a cursory listen. However – setting preconceptions aside if that is possible – this album by a child of the diaspora brings a bigger picture. Mei Han learned the plucked-string... > Read more 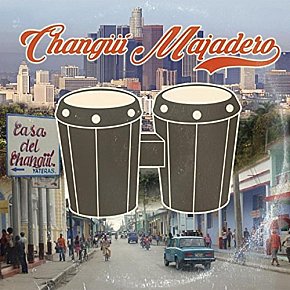 As we've previously observed at Elsewhere, Cuban music has, since the Buena Vista Social Club more than two decades ago, been often reduced to the cliches of romantic old folk and supple rhythms with a horn section. It must come as a surprise to many to learn that there is hip-hop ansd rock on that island. And this hugely appealing debut  -- scuffed and perhaps... > Read more 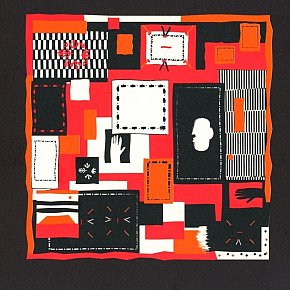 This intricate weave of styles stitched together by jazz, samples and percussion can sometimes come off as oddly stateless and shapeless, but over the full distance offers multiculti surprises and entrancemnts throughout. It isn't proscriptive “world music”, but it is most definitely music of this world. And sometimes well out of it too. Some background... > Read more