The appearance of the Rough Guides in New Zealand and even other territories can be problematic. This one came out last year but if the few international reviews are anything to go by -- and its arrival only recently on Elsewhere's doorstep -- then it rose without a trace, as they say. But it is also in the nature of certain genres (most things outside of pop and rock in this... > Read more 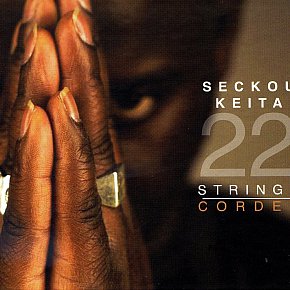 The title of this exceptional album by the gifted kora player Seckou Keita refers to the fact that the 21-string kora originally had one extra string  . . . but that was removed centuries ago out of respect when the griot and kora master Jali Mady died. Here Keita -- who has clearly earned the right, his other albums have been wonderful -- returns to the original instrument for these... > Read more

If Only I Knew 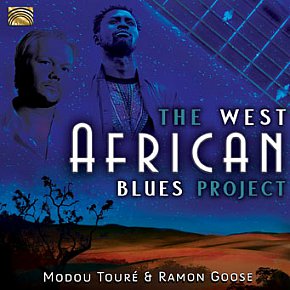 The idea of a connection between West Africa and the blues is hardly new. As far back as the Thirties scholars were exploring the songlines and in his seminal The Story of The Blues book (and accompanying record) in the early Sixties Paul Oliver clearly established the aural link. It's a path back and forth which the likes of Eric Bibb, Keb M'o, Baaba Maal and many others have... > Read more 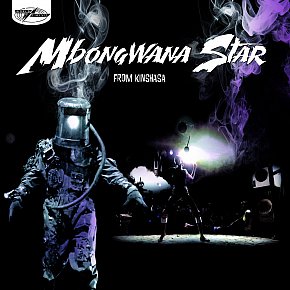 Just as Memphis, Liverpool, Jamaica, Iceland and Sweden were not in the sightlines of pop music before great artists emerged from there, it's a fair bet 10 years ago no one would have put money on Kinshasa in the Democratic Republic of Congo. Then the Congotronics collections introduced us to the likes of Konono No1, Kisanzi Congo and others working with cheap electronic equipment and... > Read more 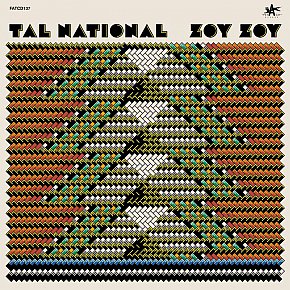 For more than a decade this boisterous and irrepressible band from Niger played their lengthy sets (sometimes up to five hours) well away from the eyes and ears of the world beyond their national borders. Until the Kaani album a couple of years back when it was impossible not to be swept up by their energy and melting pot of various musical styles from the region. Among their number --... > Read more 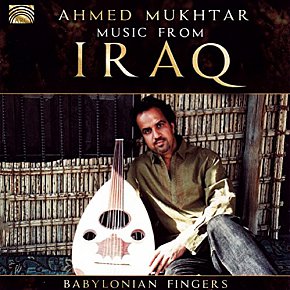 Interesting that the actual album title Babylonian Fingers takes considerable second place to the banner "Music from Iraq". In truth though, that geographical specificity might actually work better as hook, given how little most people know about the sounds from that region . . . other than maybe what they've heard in movies while the bombs go off and another group of American... > Read more

Alleys of the Old City Because, in the Bambara language of Mali, the word “ba” means great or strong, some have suggested the title of this swirling, rock-influenced album alludes to the Stooges' Raw Power. Maybe that's not such a stretch because here Kouyate – briefly signed to a SubPop spin-off label – plugs in his ngoni (a small, simple lute), hooks up wah-wah and distortion... > Read more 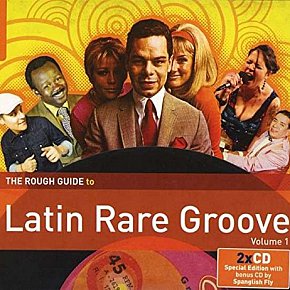 For a very short while I played DJ in a fashionable bar for a few hours a night, about once a fortnight -- or a month -- or something like that. You can guess from my lack of enthusiastic recall I found it a desultory and pointless experience: standing in a corner playing records to a bunch of people who just wanted to drink and talk loudly at each other. I spent everything I was paid... > Read more 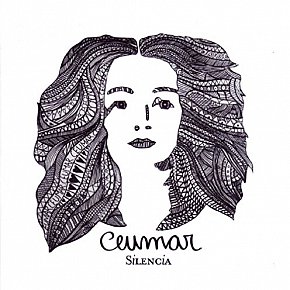 Brazilian singer-songwriter Ceumar recorded these 13 songs live in a Sao Paulo studio with a small acoustic group of players who are entirely empathetic. There is a gentle and sensitive melodicism at work by all here, and Ceumar's intuitive jazz sensibilities are to the fore also. Playing nylon string guitar alongside the cello, acoustic bass, mandolin and so on, she weaves her... > Read more 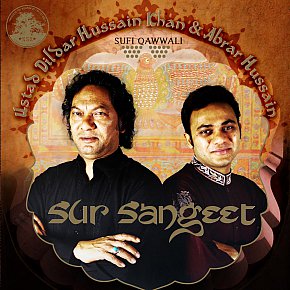 At any Womad one of the most transcendental and transporting musical events is when singers of the Sufi qawwali tradition appear. Usually fronting a large group of supportive singers and percussion players, the main vocalist is capable of tremedous flights of impassioned, yearning spiritual intensity. It must be hard not to be moved by it. At recent performances too you find people seem... > Read more 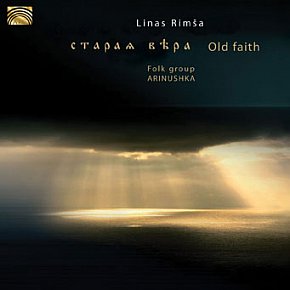 Years ago I was given a birthday card which read, "If you didn't know your age, how old would you be?" Let's flip that a little and ask about this fascinating album, "If you didn't know where this music came from, where might you guess?" I didn't know. I just put it in the player with barely a glance at the cover and pottered about as it started to play. The... > Read more 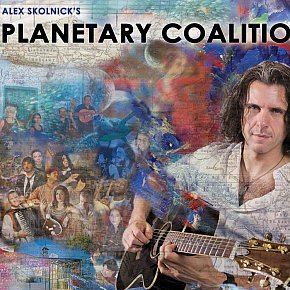 And here's what happens when a Californian thrash metaller -- in this case guitarist Alex Skolnick of Testament  --  turns the volume all the way up to . . . 5? Skolnick (who has his own power trio and has appeared with Rodrigo Y Gabriela) goes back to acoustic guitar (for the most part) and appears here in our world music pages because he's teamed up with top drawer... > Read more 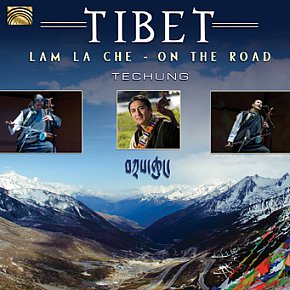 The Tibetan diaspora which has seen many flee the country since the Chinese occupation began over 60 years ago means in many countries there are second, third and fourth generation Tibetans who have never seen their homeland but who have an emotional and spiritual attachment to that remote country. The politics of Tibet -- and Tibetan Buddhism which has also spread apace -- are highly... > Read more 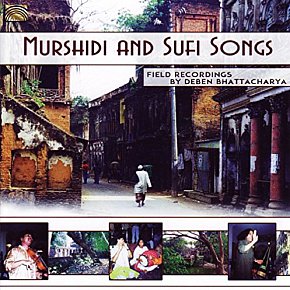 Although we might describe these field recordings as more worthy and important than they are repeat-play items and essential on the shelf, they are deserving of our attention. Deben Bhattacharya -- who died in 2001 -- captures the musical tradition of the Sufi so ancient as to be unfathomable, and so profoundly moving it is timeless. Bhattacharya was a pioneering world music... > Read more 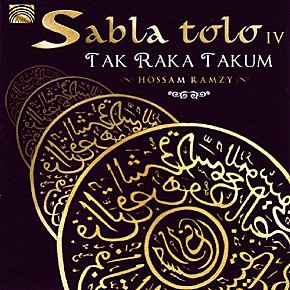 Percussionist, arranger and producer Hossam Ramzy has appeared frequently at Elsewhere, and been interviewed. From Egypt, he is one of the few Arabic musicians whose name might be slightly familiar to mainstream Western listeners because of his sessions and concerts with Peter Gabriel, Shakira, Robert Plant and Jimmy Page and Sting among many others. When he steps beyond the... > Read more 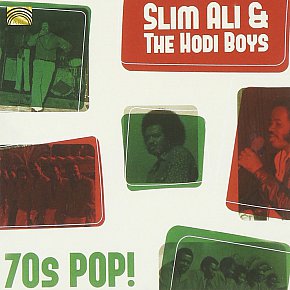 The earlier companion volume to this collection (70s Soul!) was of real interest because of the sound of the Hodi Boys band behind the classic soul voice of Kenya's Slim Ali, and African artist who worked lounge bars. The band sometimes just sounded odd and off-kilter and capable of some weird out-there playing. Regreattably this time out they do little more than sit in behind Ali on a... > Read more 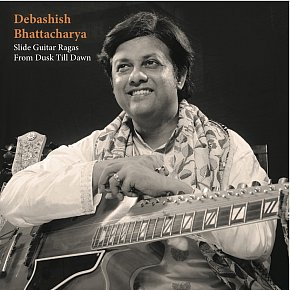 While his most recent album Beyond the Ragasphere was (mostly) excellent in its fusion of East and West, but succeeded best in his dialogue with guitarist John McLaughlin on an evocative conceptual piece Mystical Morning, those who prefer this great Indian slide guitarist in more traditional mode should rush to embrace this one. Here over the course of five lengthy, deep immersion ragas... > Read more 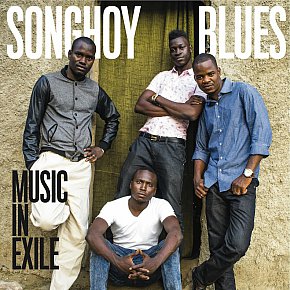 With the sounds of Womad still ringing in our ears, this remarkable album might get more traction that it might otherwise have found. That said however, this one also walks towards a mainstream audience more than most of what comes at us as world music. It is focused, thrilling and very significant blues-rock from West Africa, although the yearning of the final two songs – Desert... > Read more 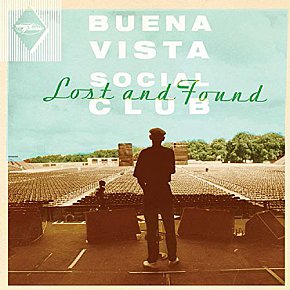 If, almost 20 years ago, someone told you one the biggest music phenomena of the era would be a bunch of mostly old people from Cuba singing in Spanish, it's doubtful you'd have believed them. But BVSC got a different audience going into CDs stores and to their concerts because they had a good backstory, seemed charming and free from guile, enjoying the belated attention and made... > Read more 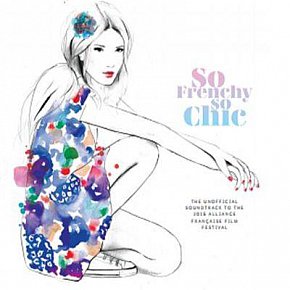 In theory, with Spotify and the web, it should be incredibly easy to access music from all corners of the globe. But it's always helps to have someone shine the spotlight into the darkness if it's something in the nature of world music, or pop from a country on the other side of the planet. That's why Elsewhere – which has a decent track record in the world music/non-English pop... > Read more